TRAVELS IN AN OFFICE CHAIR - MY EBAY WORLD 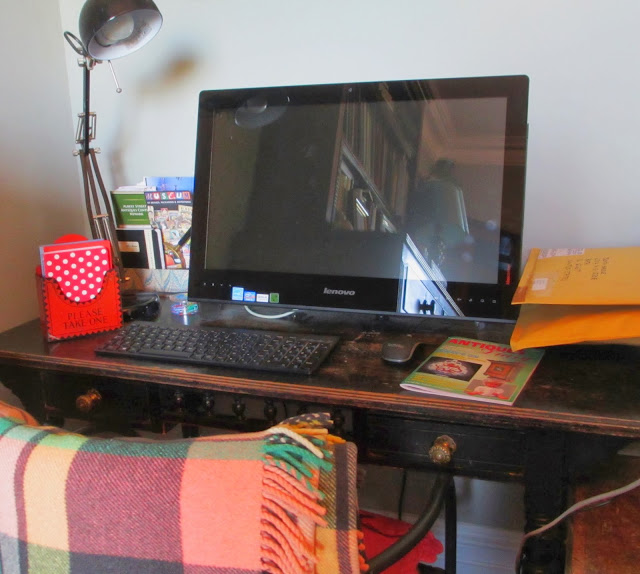 Ebay - love it or hate it - broadens one's horizons as well as one's posterior. Over the past couple of weeks I have sold and sent curios to Germany, China, Italy, Canada, Saudi Arabia and the American states of Ohio, Illinois and Michigan, as well as to places nearer home. 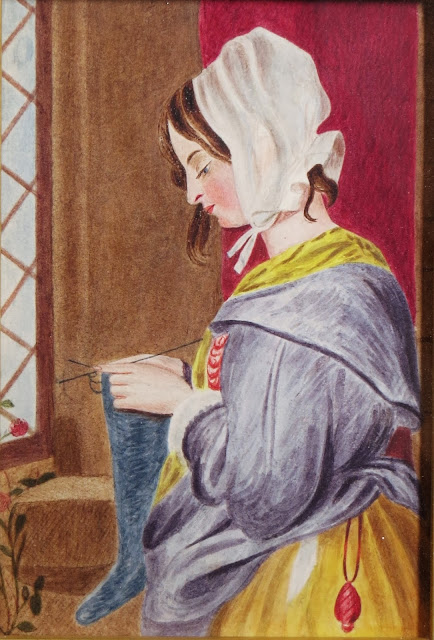 This antique watercolour painting of a girl knitting woollen stockings is now
winging its way to Boreray, a small island in the Outer Hebrides with a single croft and a population of one... 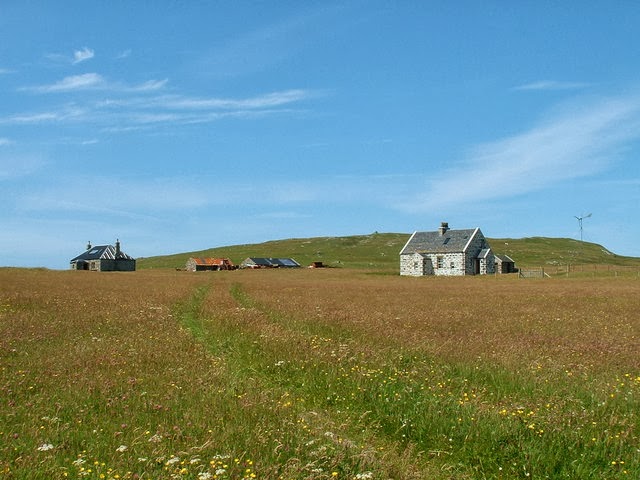 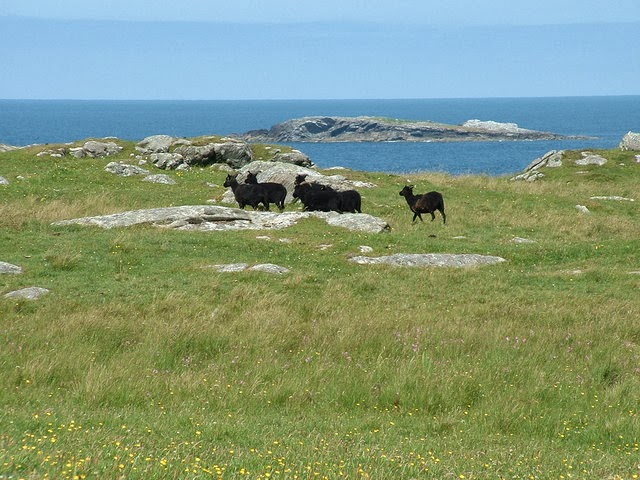 ...if you don't count the flock of feral Hebridean sheep, whose wool is sent down to Makepiece of Hebden Bridge in West Yorkshire to be knitted into fairy tale dresses. 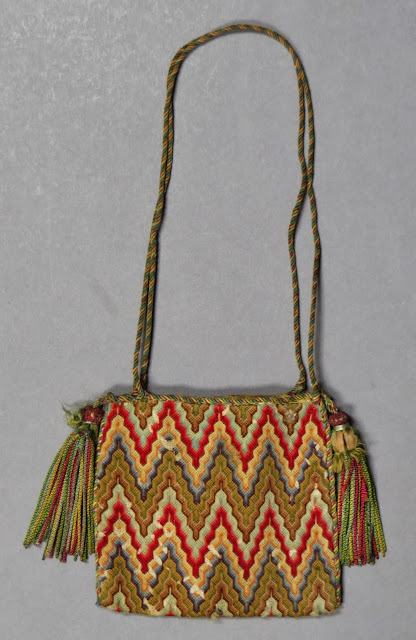 This pretty Georgian flame-stitch reticule recently found a new home in a place I'd love to visit sometime - Dennis Severs' House in Spitalfields in the East End of London. 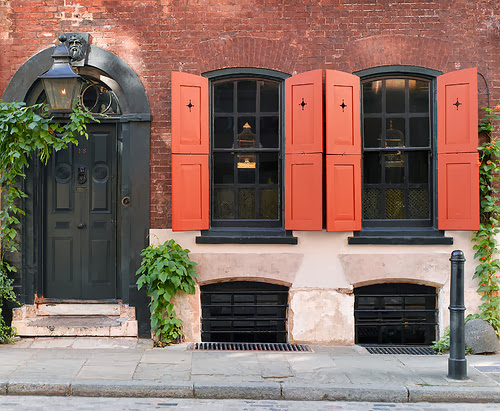 Inside, the rooms have been arranged in an "historical imagination" of what life might have been like for a family of Huguenot silk weavers, as if they are still in use and the occupants have only just left. Each room is a "still life drama". 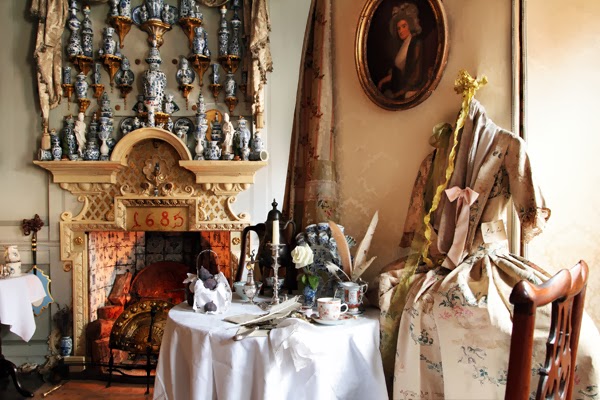 I wonder what drama my little woollen purse will be part of? Will it hold a lover's billet-doux, a stolen jewel, a widow's last few pence?
*
Folk Art and its associated traditions are another passion of mine so I was thrilled the other day when Simon Costin of The Museum of British Folklore fame decided to give a home to this 1930s jig doll or limberjack. (I'm sure he's Fred Astaire!) 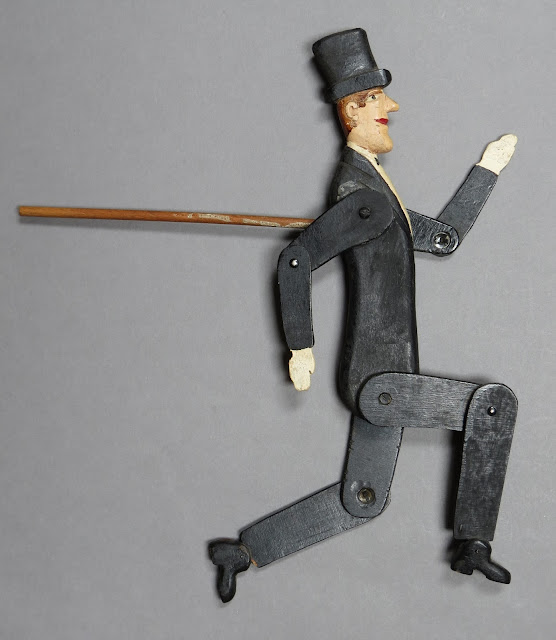 These traditional wooden jointed dolls are puppets who dance on the operator's knee, accompanied by a jolly folk tune. We met Mr Costin with his travelling museum a couple of years ago. Will Fred accompany him in his retro caravan, around the British Isles - to quote from the museum's manifesto - promoting, celebrating and revitalising the folk heritage of Britain? 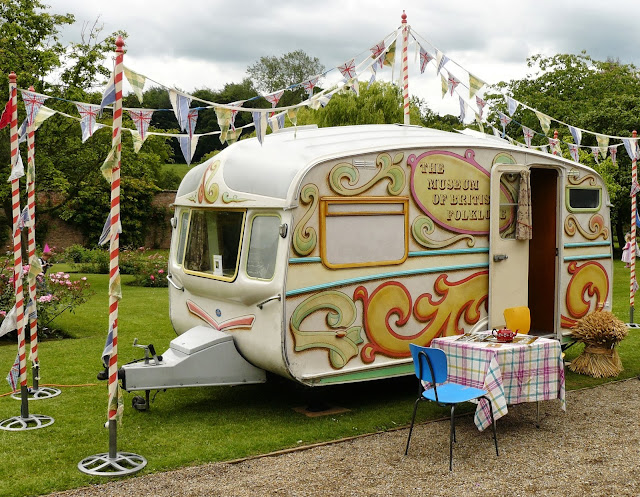 I do my best to ensure that our Ebay offerings have a safe journey wherever they travel. 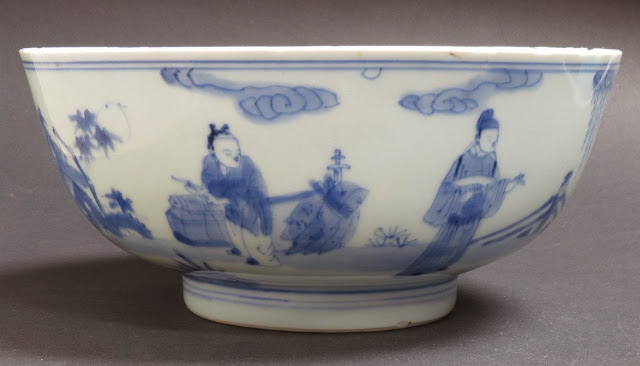 I hope this Chinese bowl has arrived home safely,

and that Catharine Susan is dancing around her new home in California... 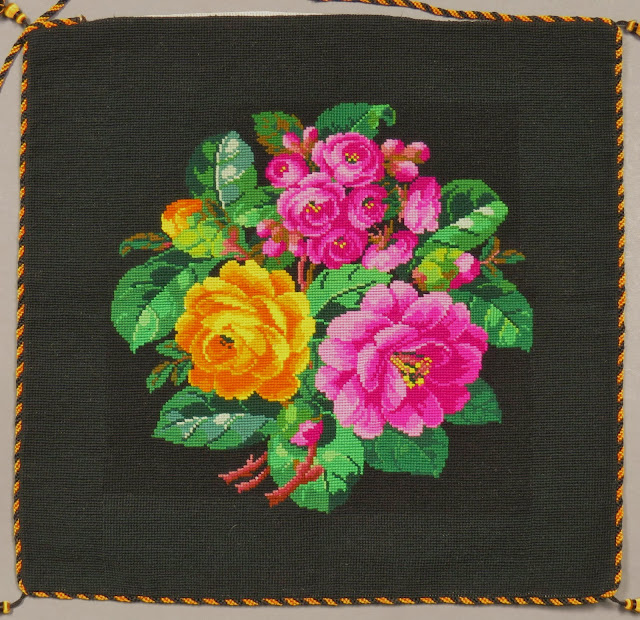 ...and that this Victorian cushion cover will soon be plumped up and gracing someone's office chair in Australia.