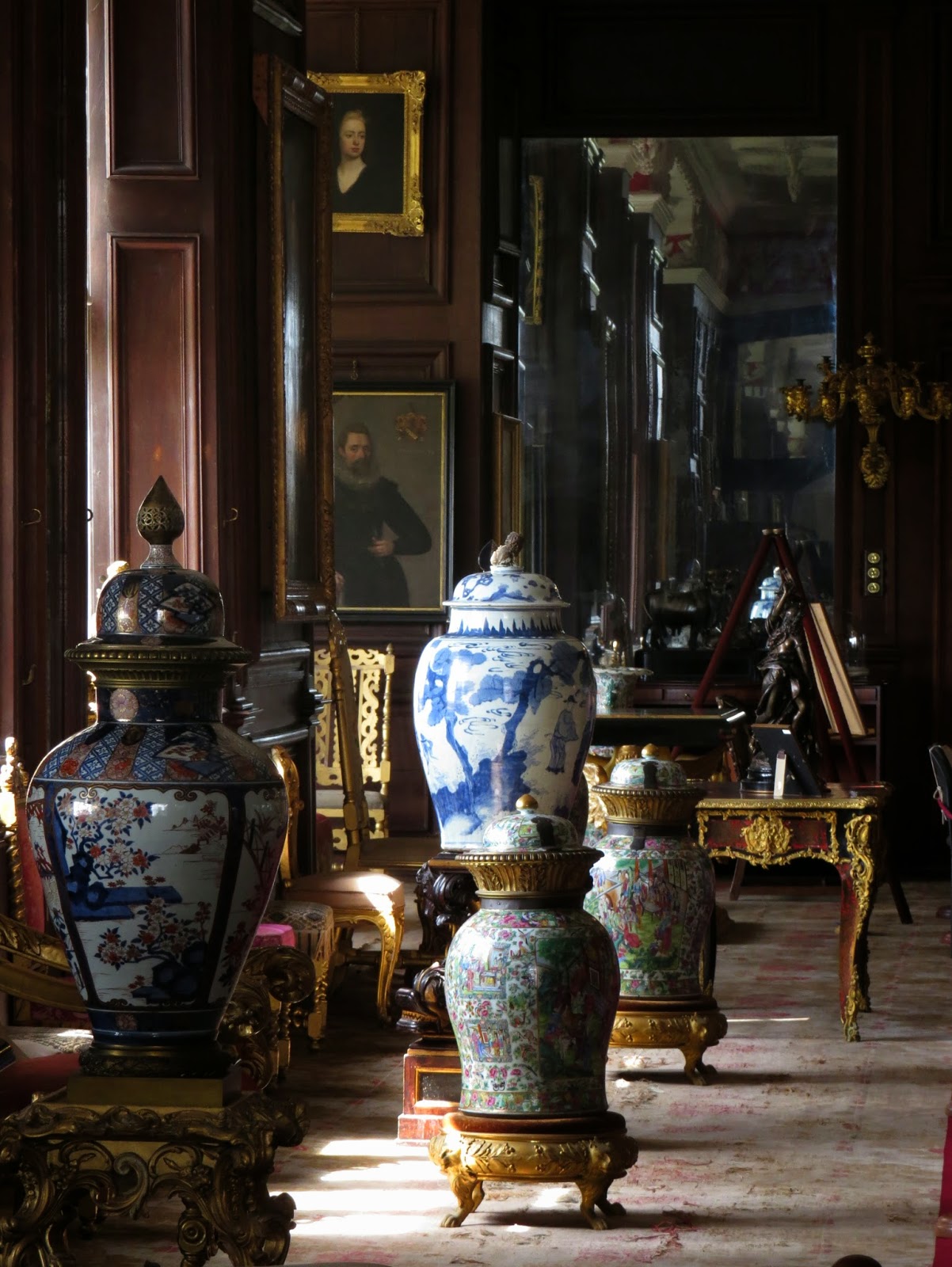 OK, yes, I admit it, we were running away from The Tour de France, but as we made our way through the Yorkshire Wolds, past Sarah Beeny's classy wedding venue, Rise Hall, and onwards through the hinterland of the eastern East Riding, we did not ignore the event completely. We lingered by this interesting shop window in Pocklington... 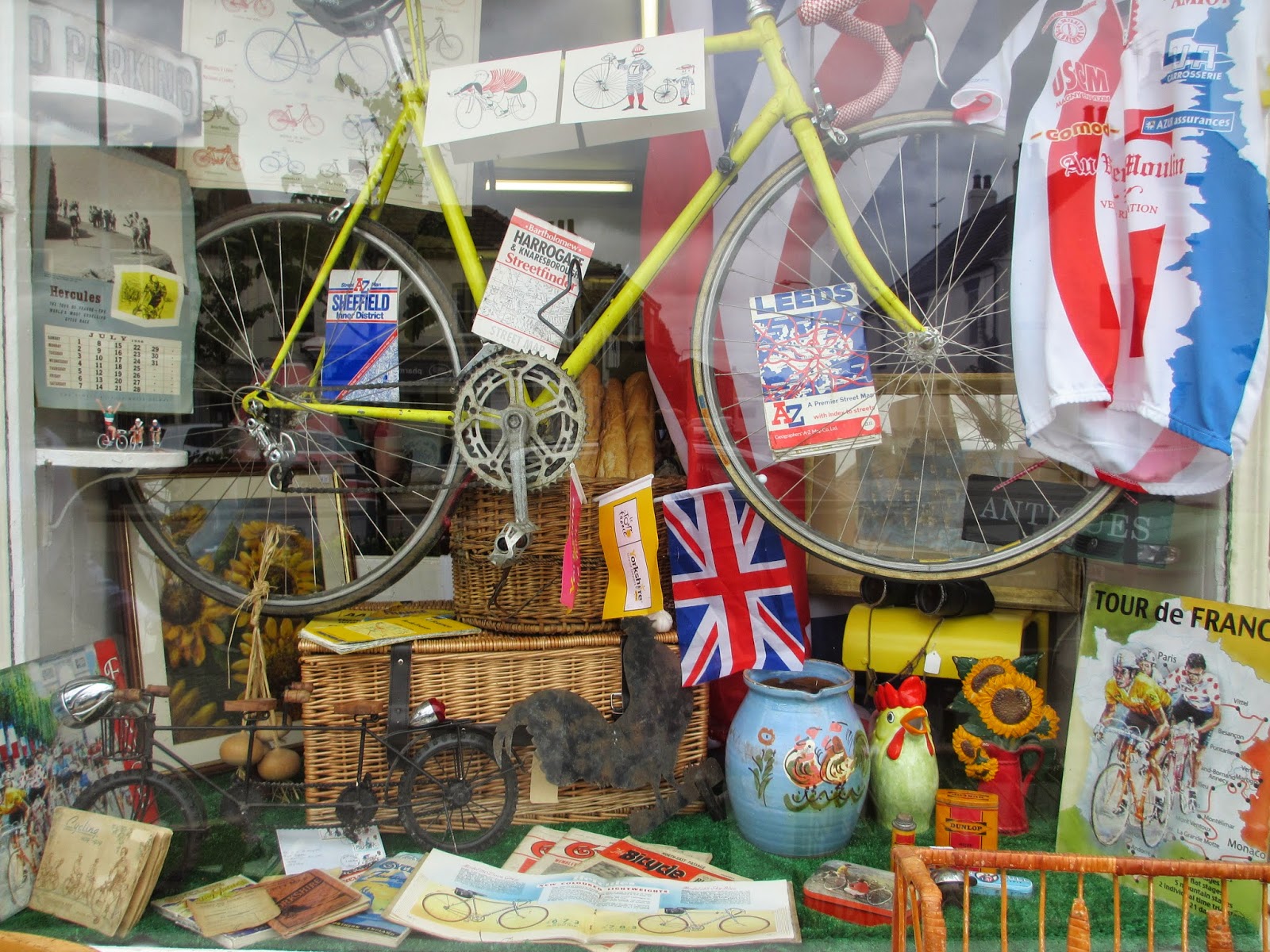 ...and I risked my reputation (as a bit of a prig) when I snapped these commemorative cookies in the window of Thomas the Baker's, in Beverley. 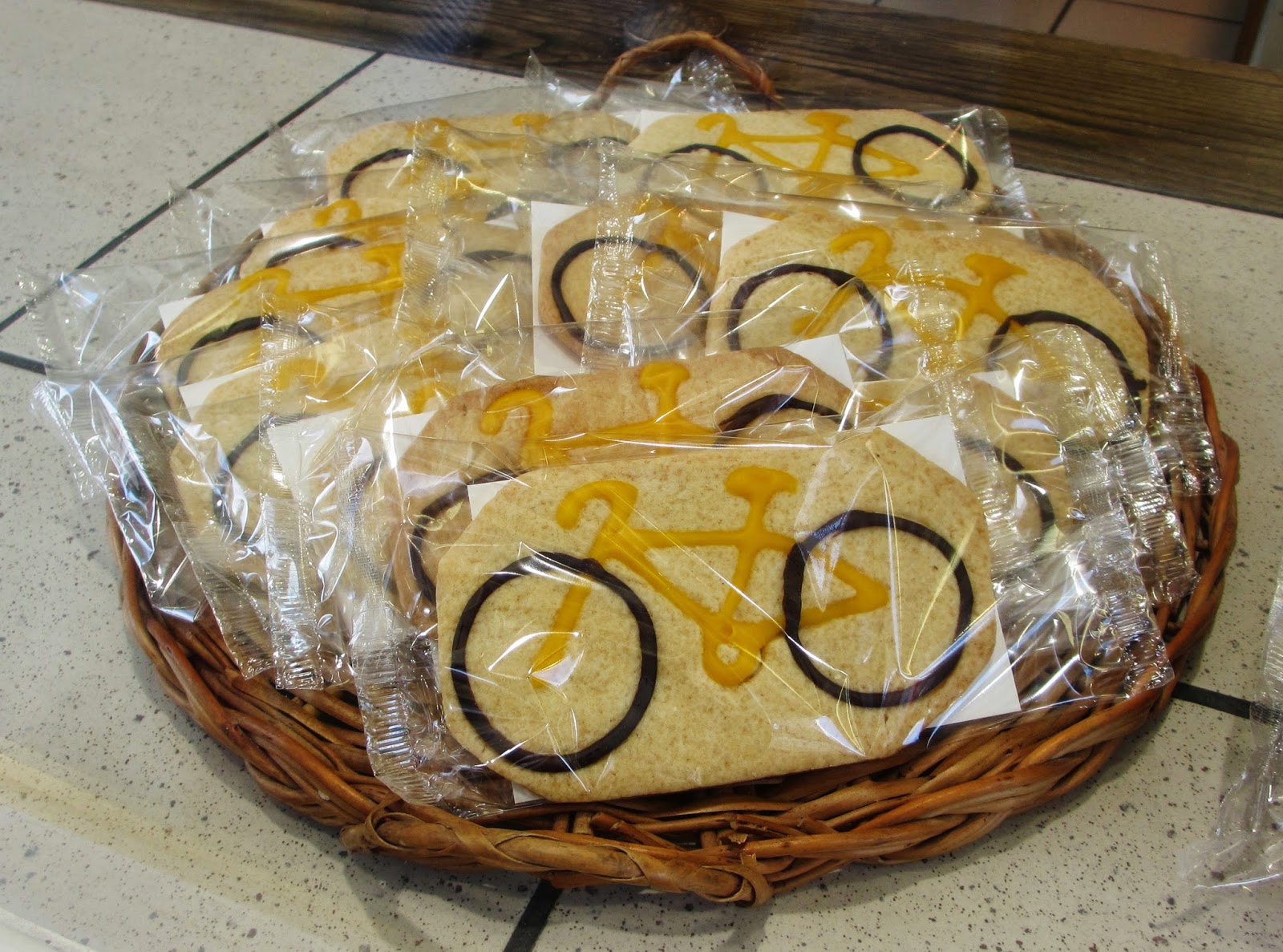 While Mr N purchased his lunch-time butty inside the shop, I was accosted by a happy, boozy band of Geordie pensioners, down for the (horse) races. "Eee, flower, I'll buy tha some if tha'll share them wi' us. Gan on, divvent resist!" I didn't know whether to be flattered or affronted.
I had regained my composure by the time Burton Constable Hall came into view. 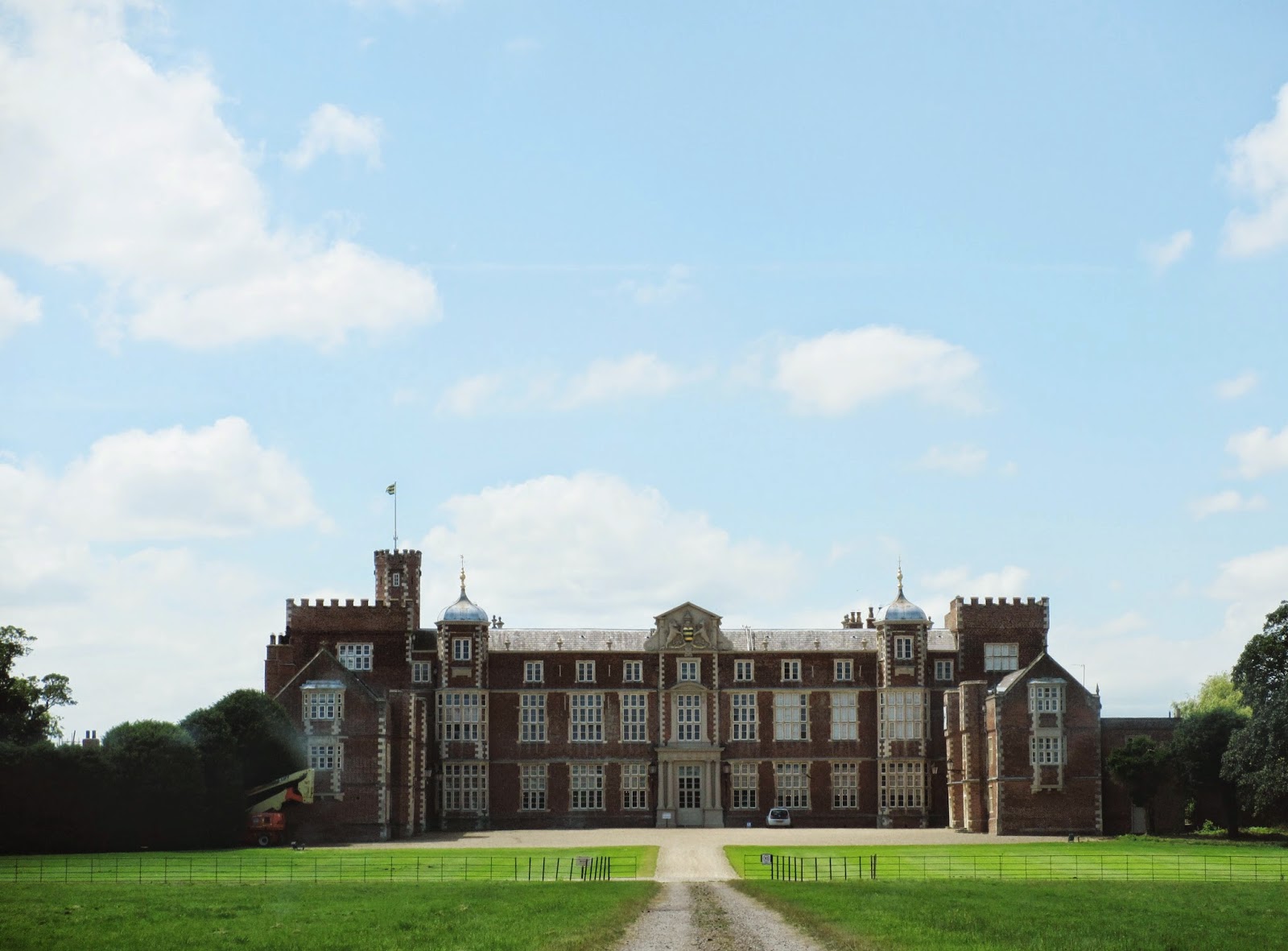 It is very sad to say that this wonderful house is overlooked by most people - if it was almost anywhere else in the country it would be feted as a treasure house, but, at the moment, it is a neglected gem. It is full of beautiful works of art, antiques and amazing furniture. The rooms look as if their occupants have just departed and the décor is varied - arsenic green Victorian wallpaper, flat Georgian terracotta, olive and grey, 1970s acid yellow. 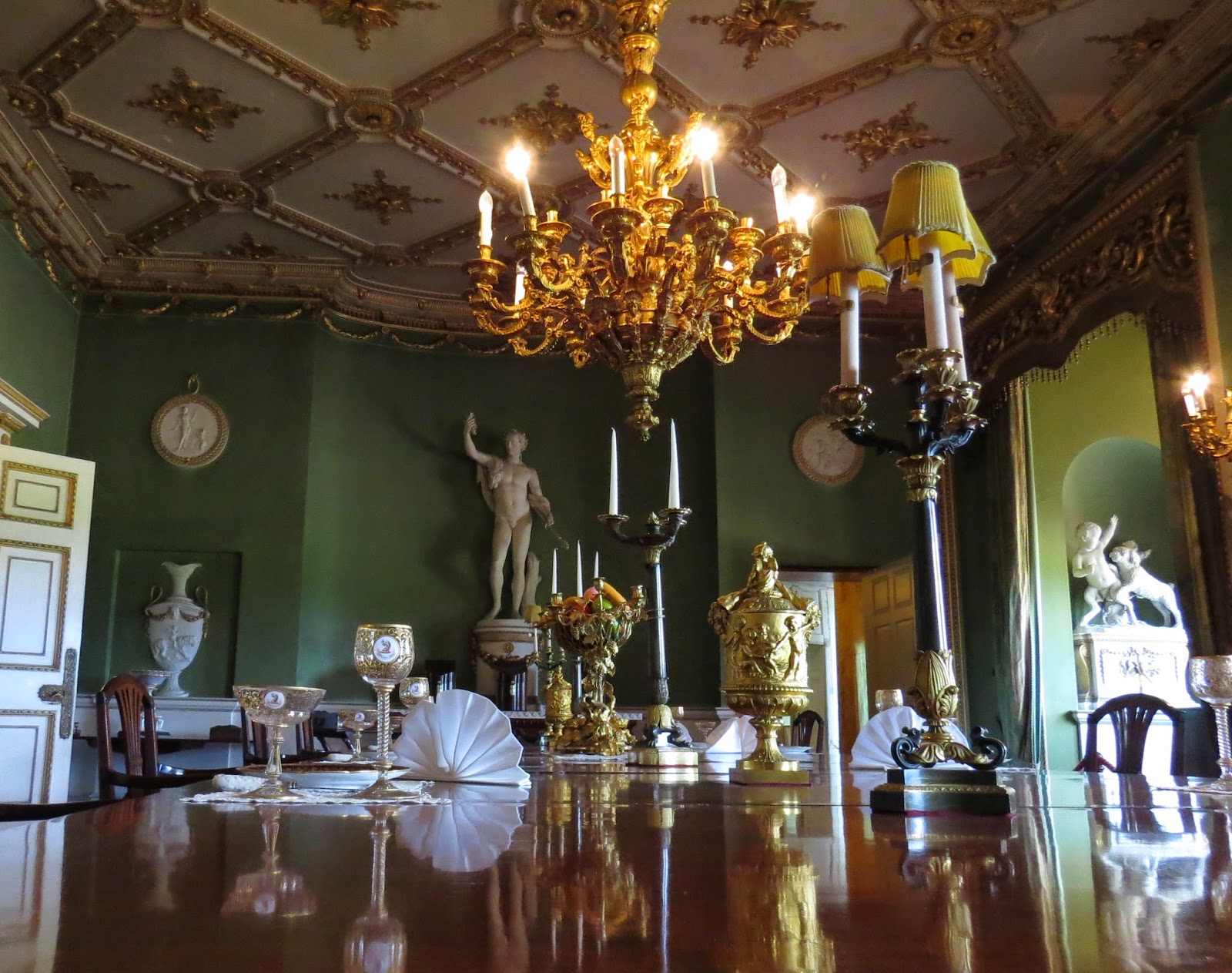 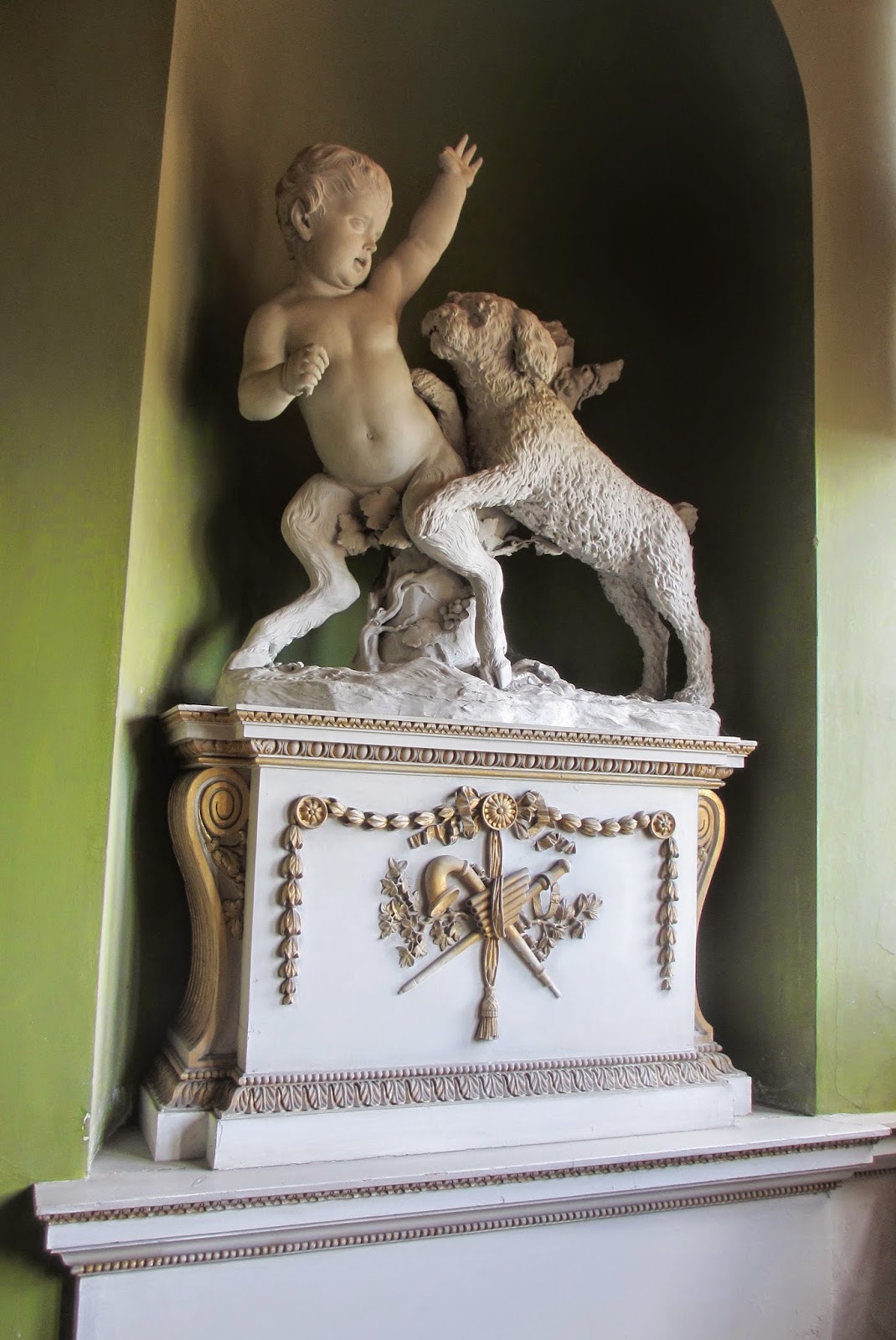 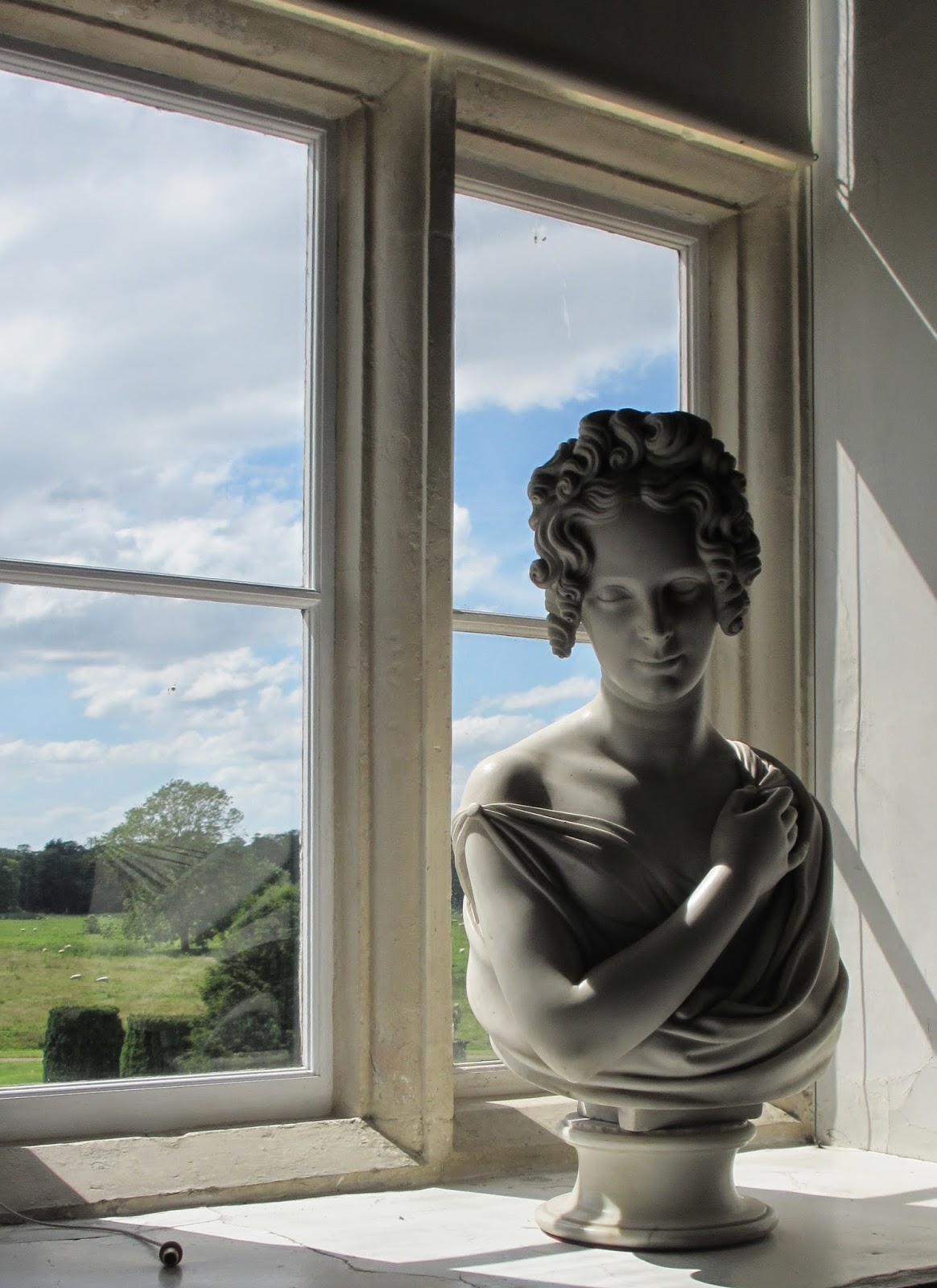 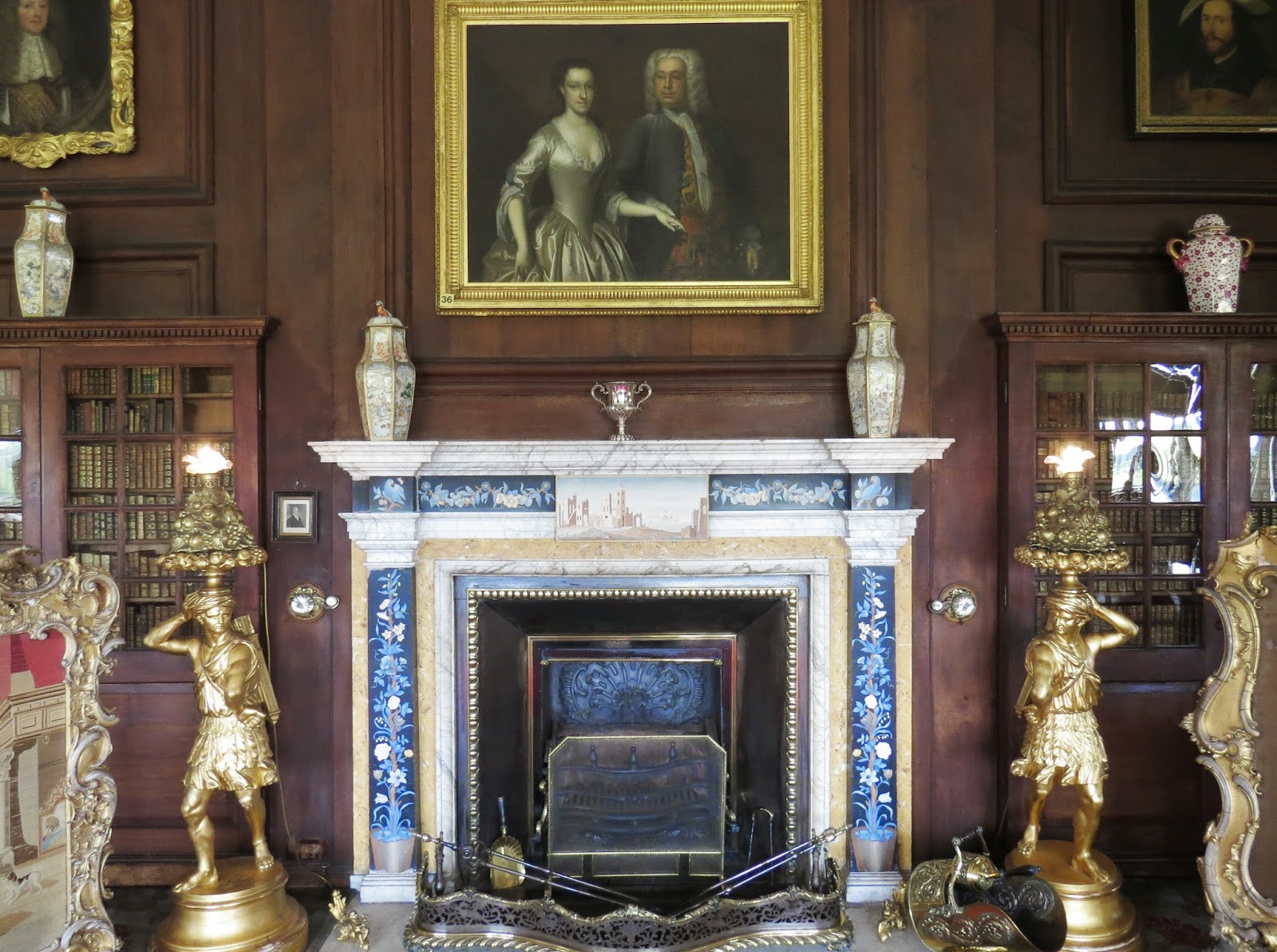 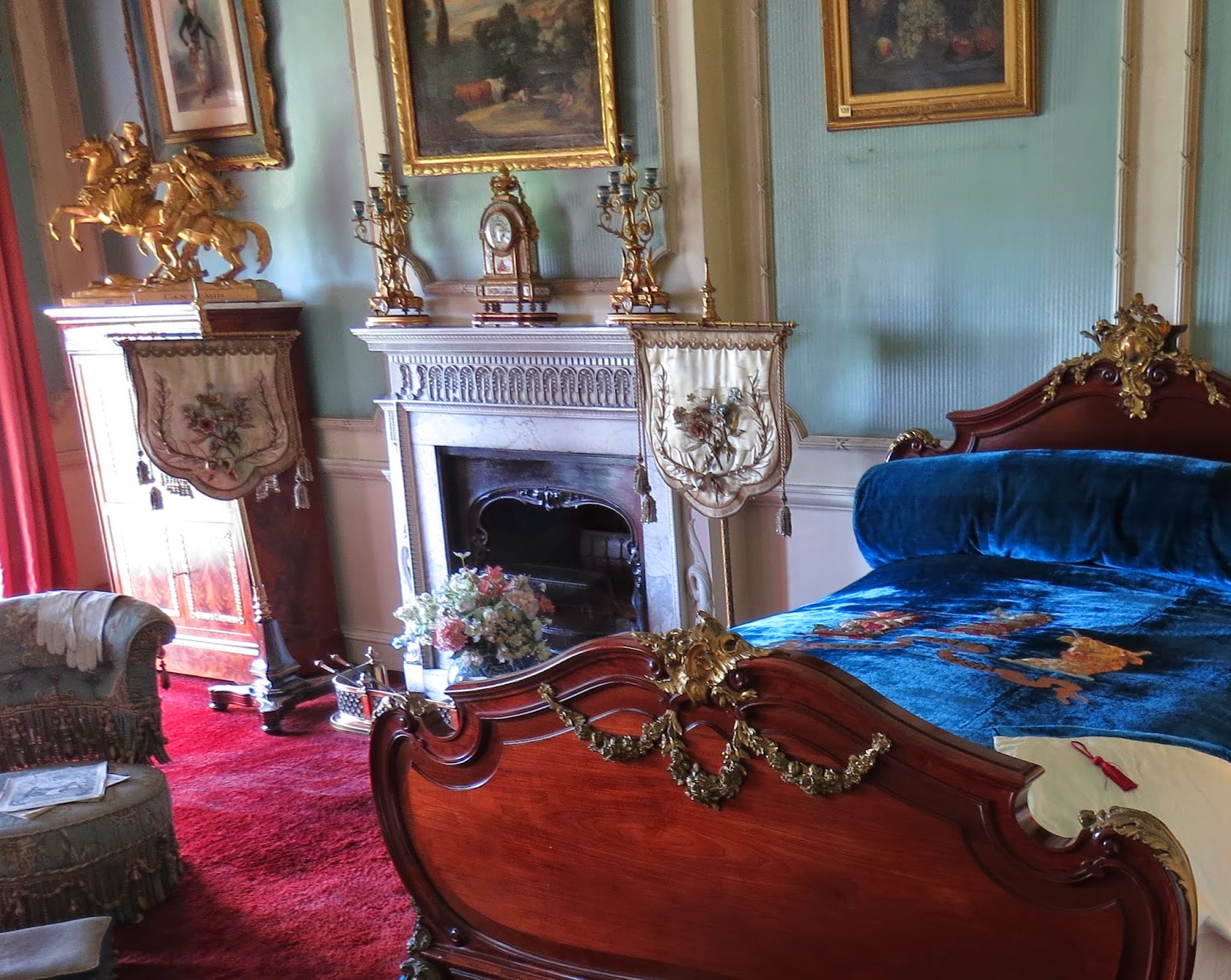 Sumptuous bedrooms which the late incumbent, John Chichester-Constable, arranged in the 1970s in an unsuccessful bid to tempt rich American paying guests.Previously, in 1964-65, he managed a local rock band from Hull - the Hullabaloos. They were also a bit of a flop. 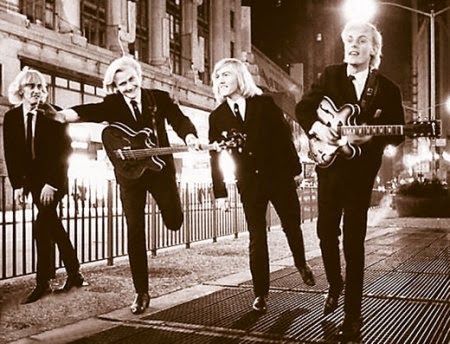 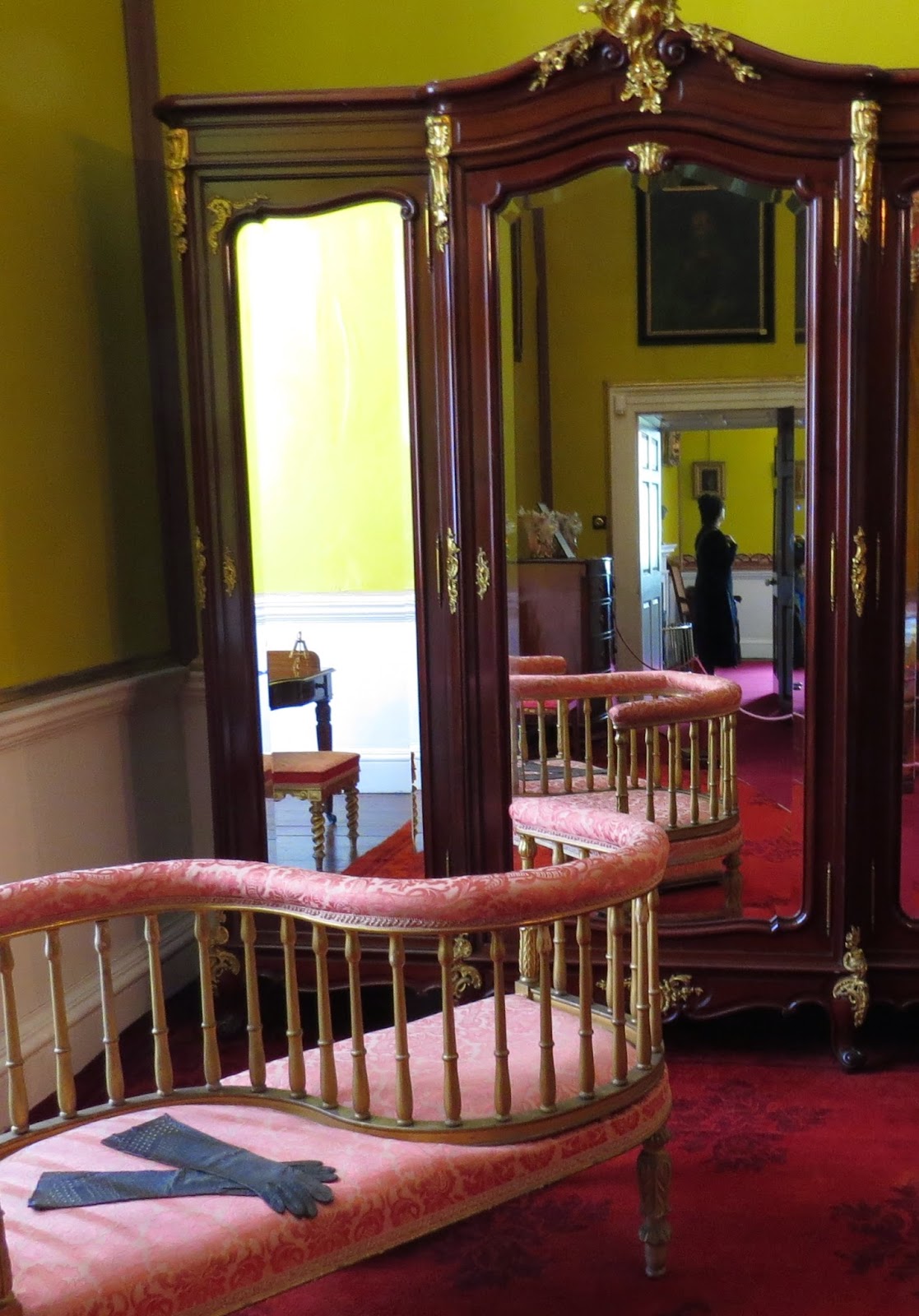 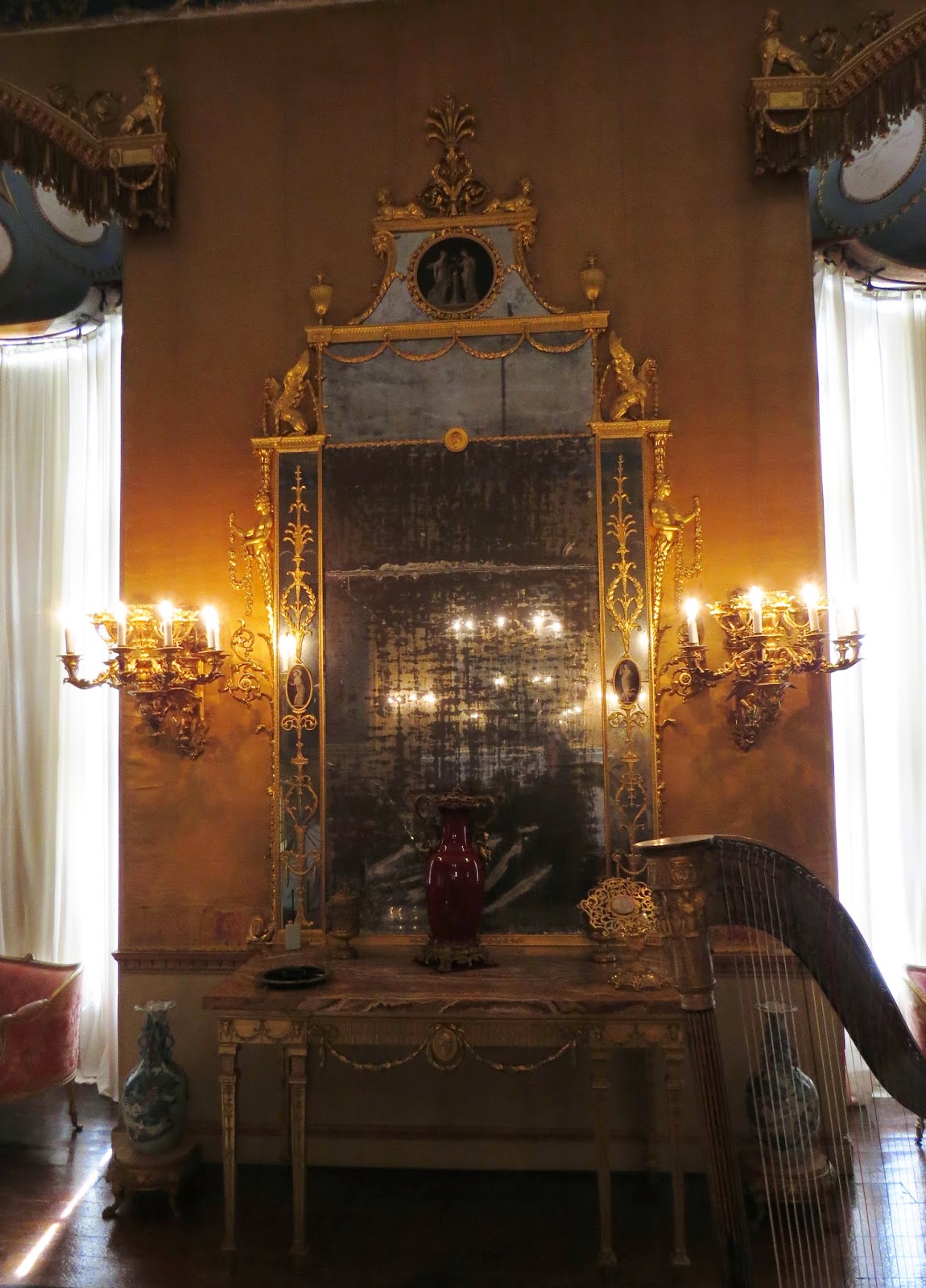 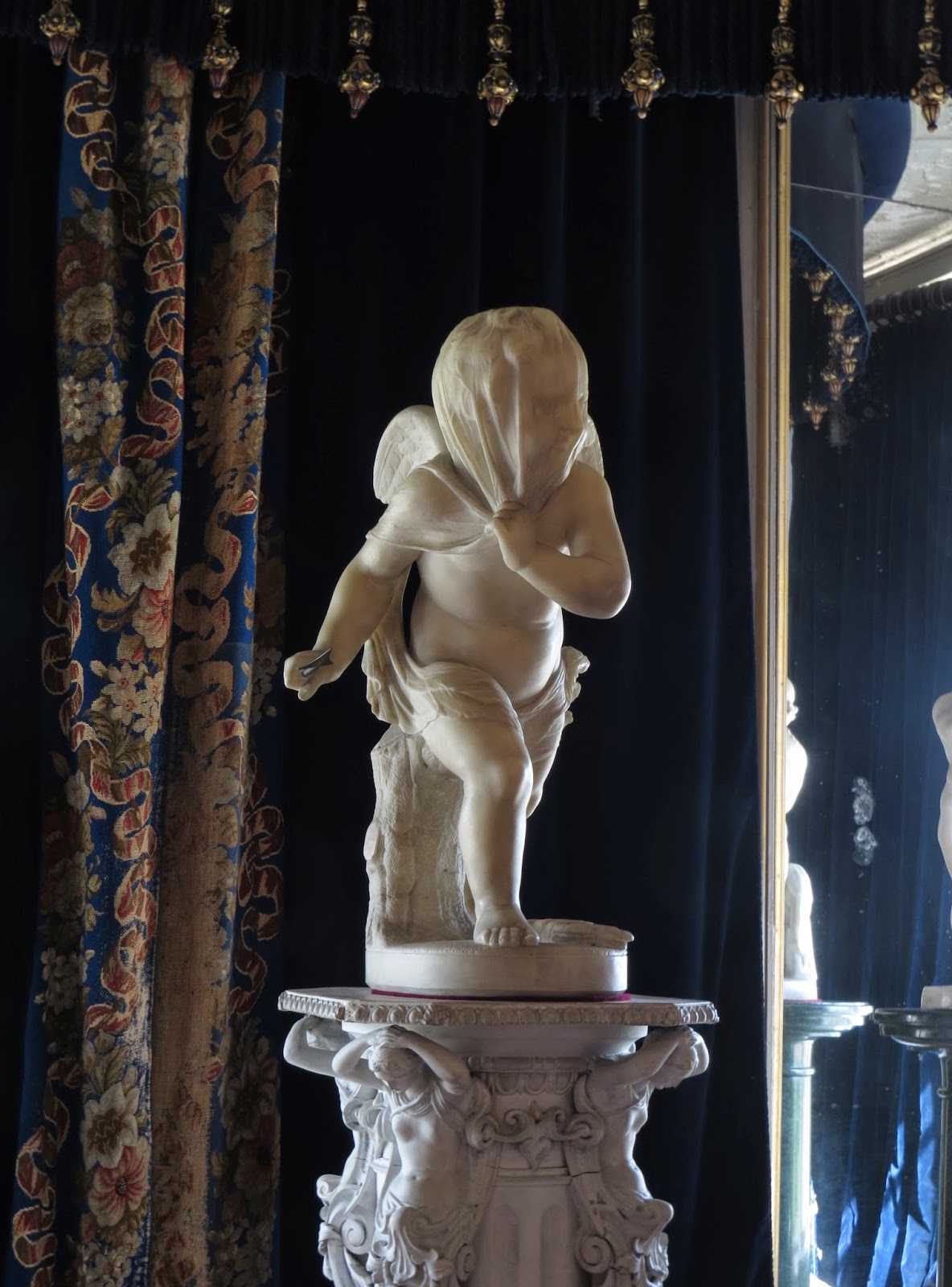 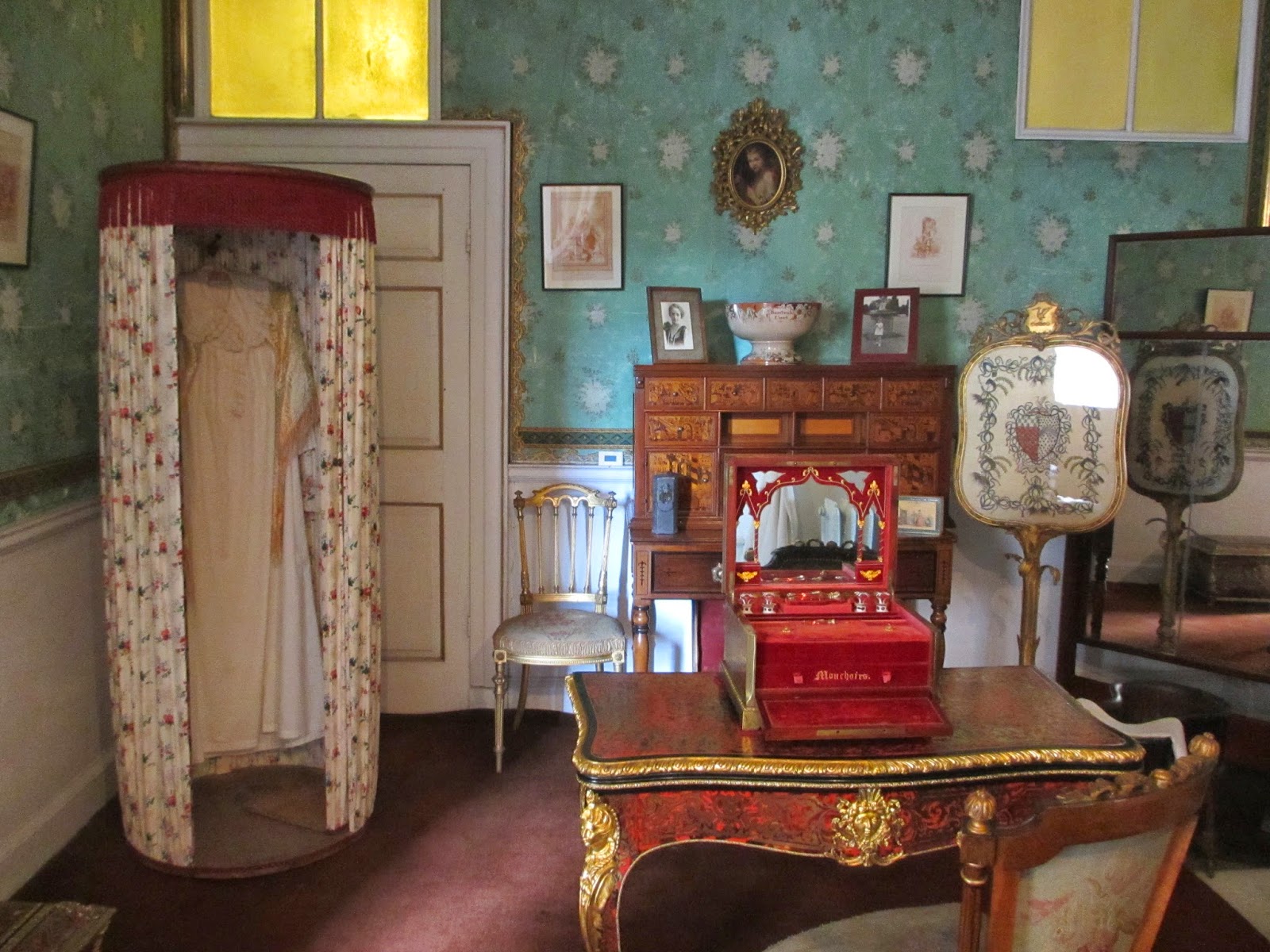 Memorial plaits of hair from two sisters who inhabited this room - did arsenic from the wallpaper hasten their deaths? 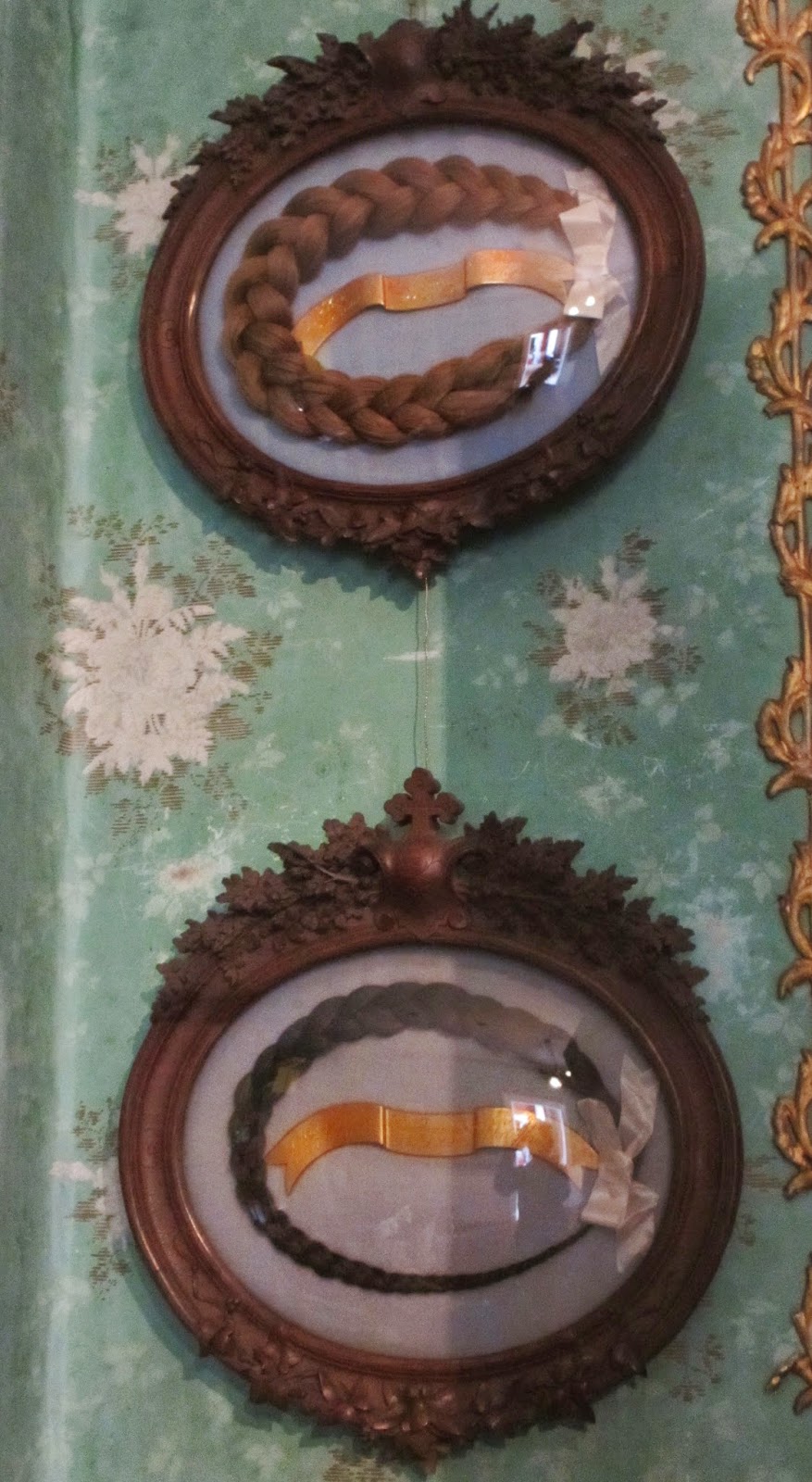 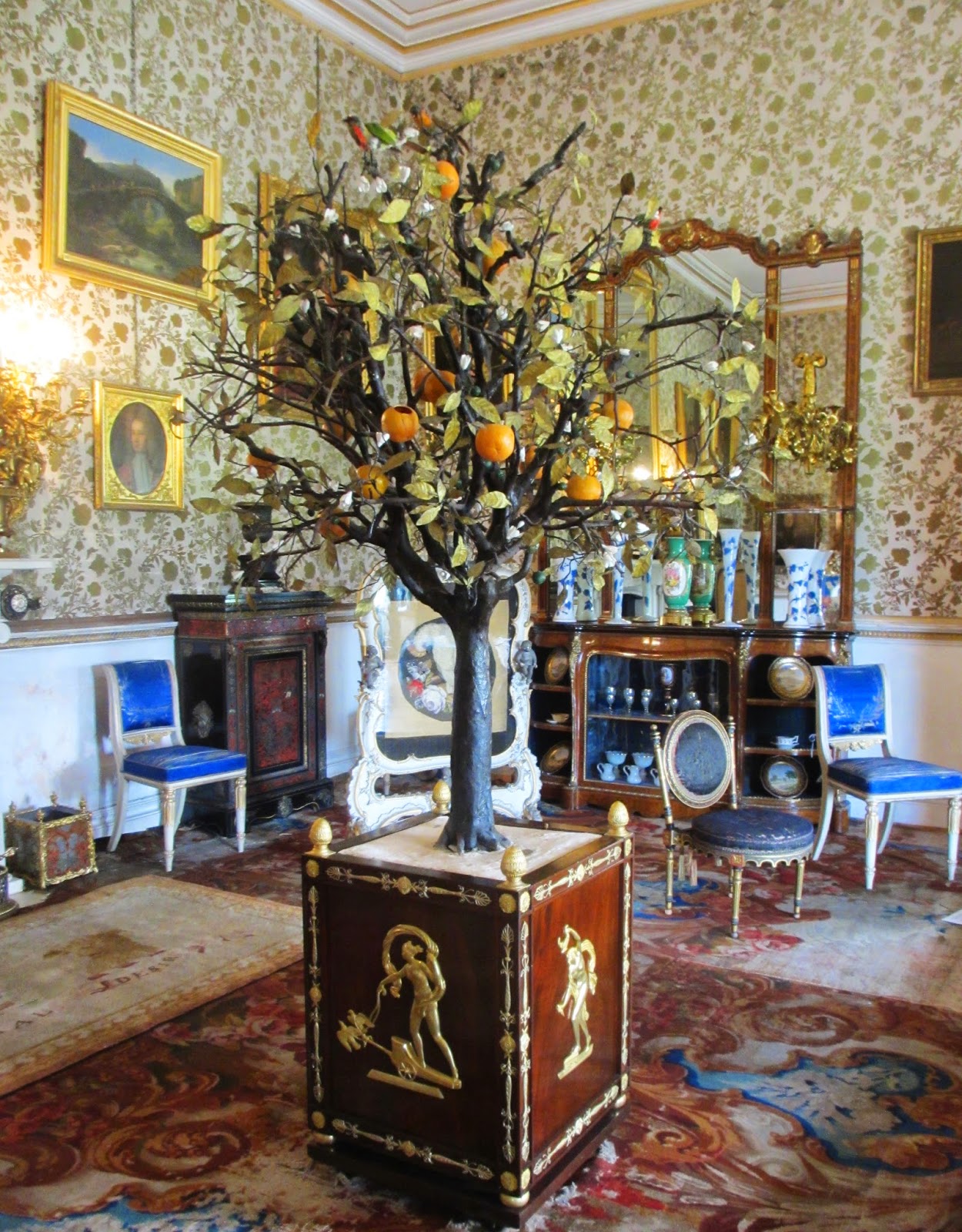 It is difficult to choose a favourite room in this dazzling house, but  flying dragons make the Chinese Room truly fantastic. 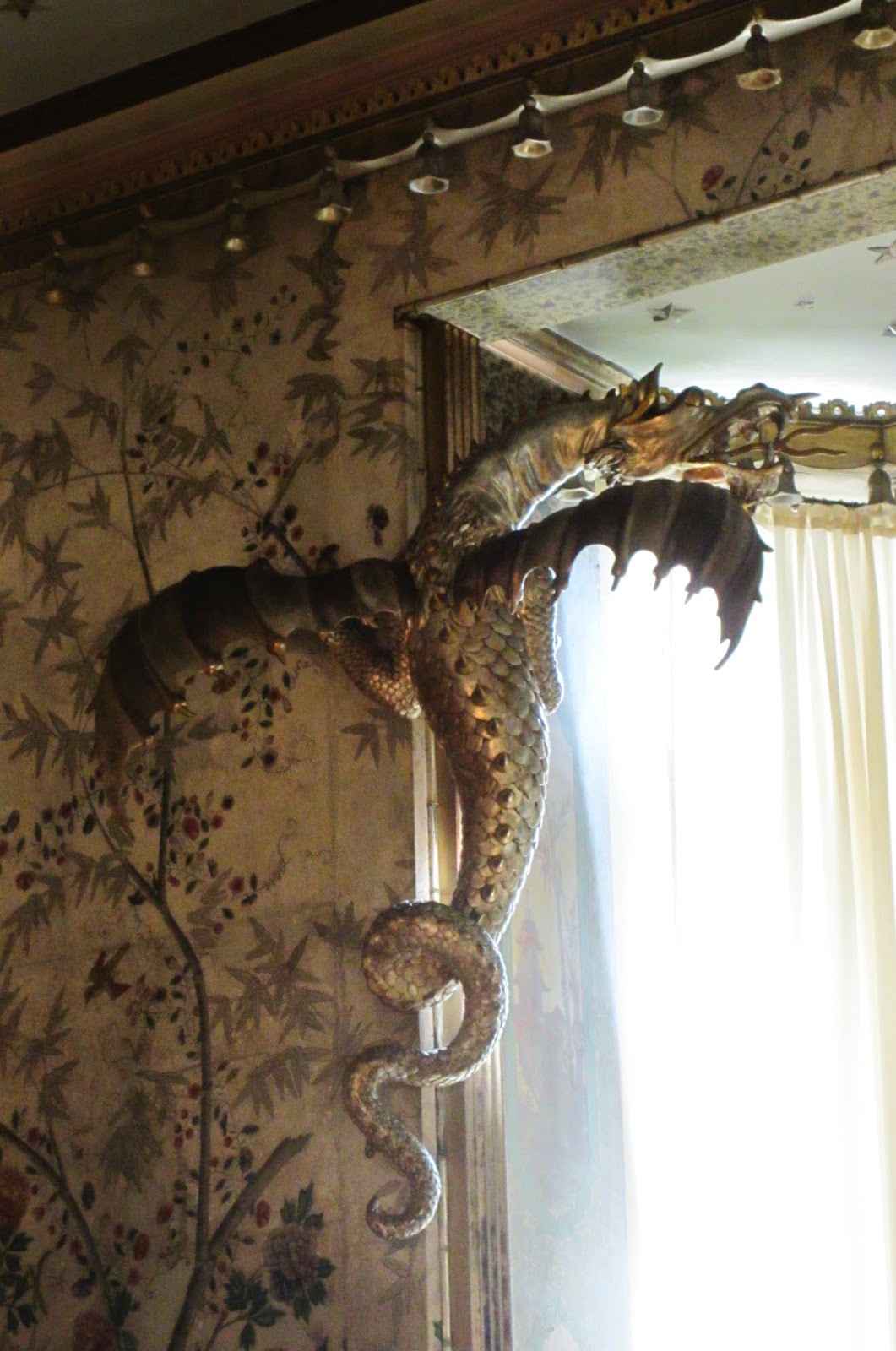 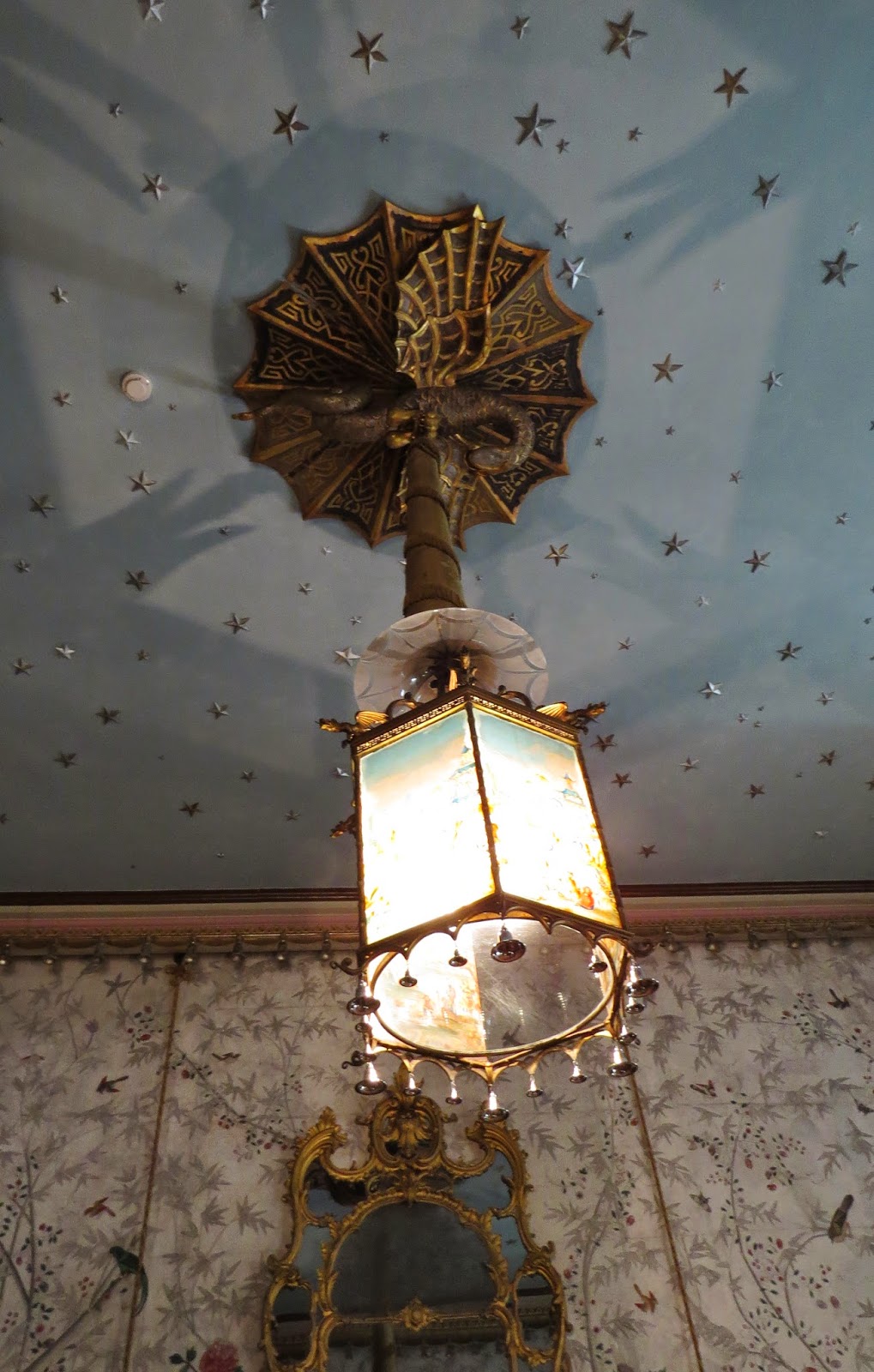 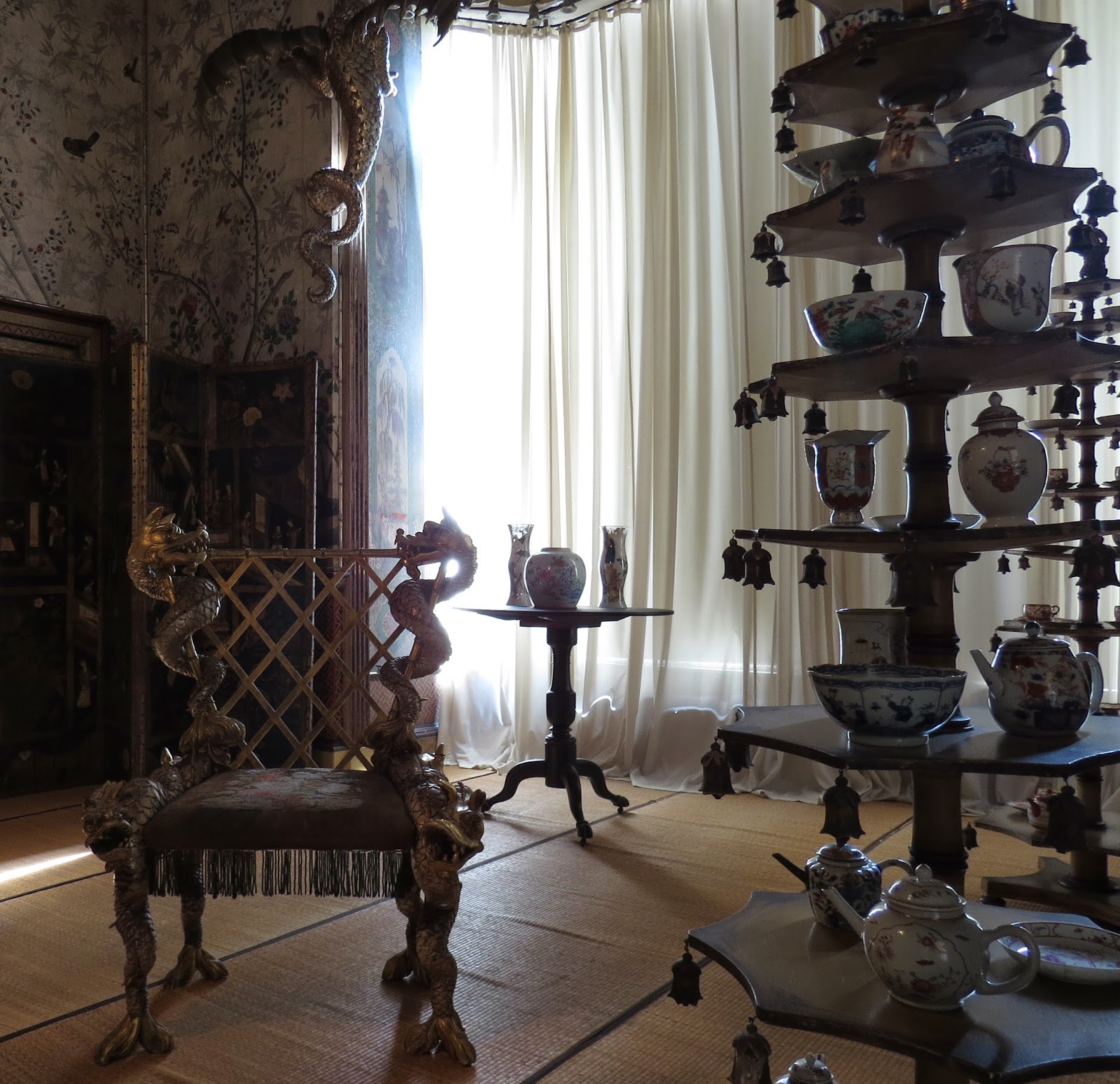 The most notable member of the Constable family was 18th century collector, antiquarian and Grand Tourist, William Constable (1721 - 1791). The dusty remnants of his Cabinet of Curiosities await restoration, in pleasing disarray. 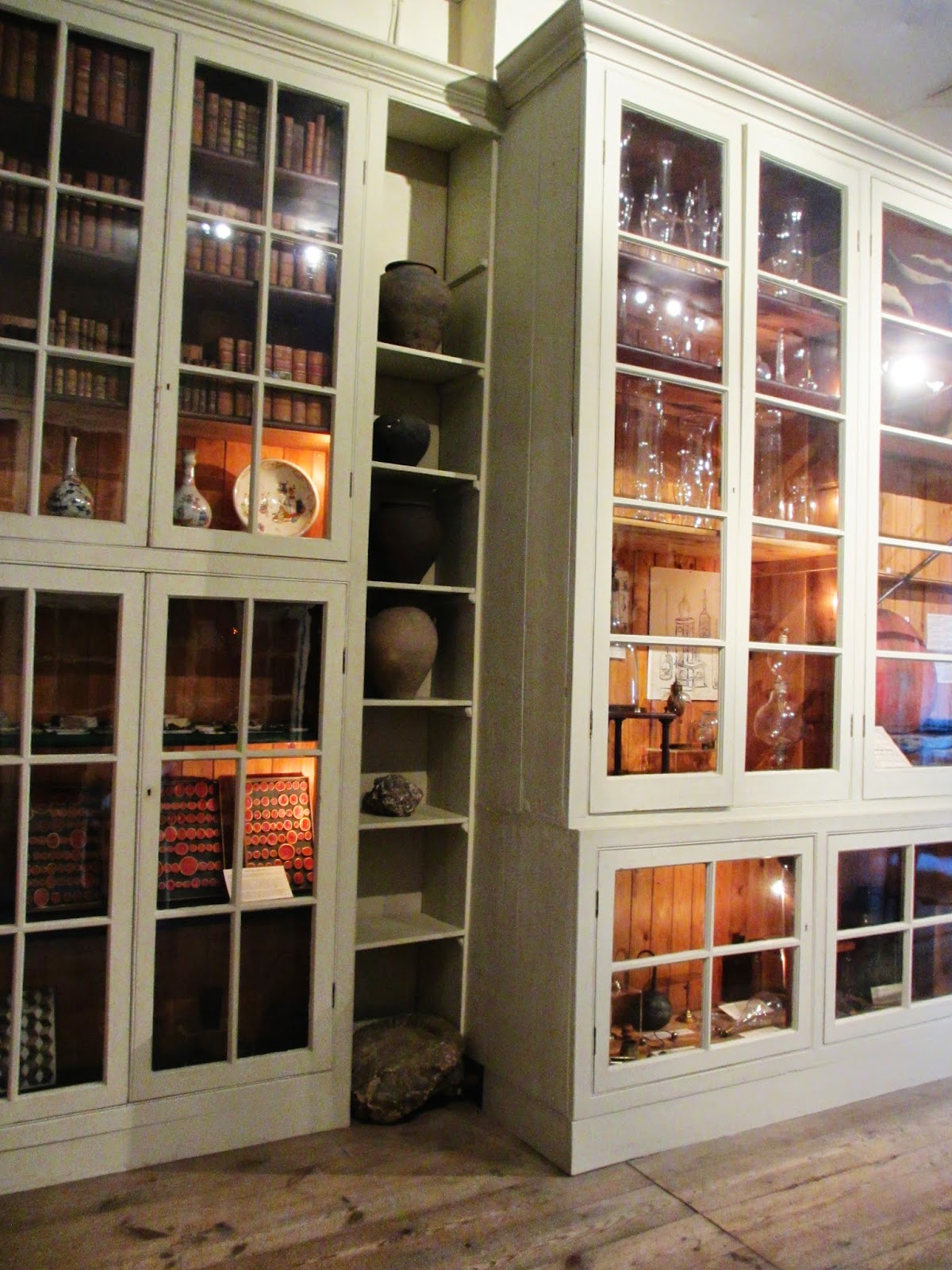 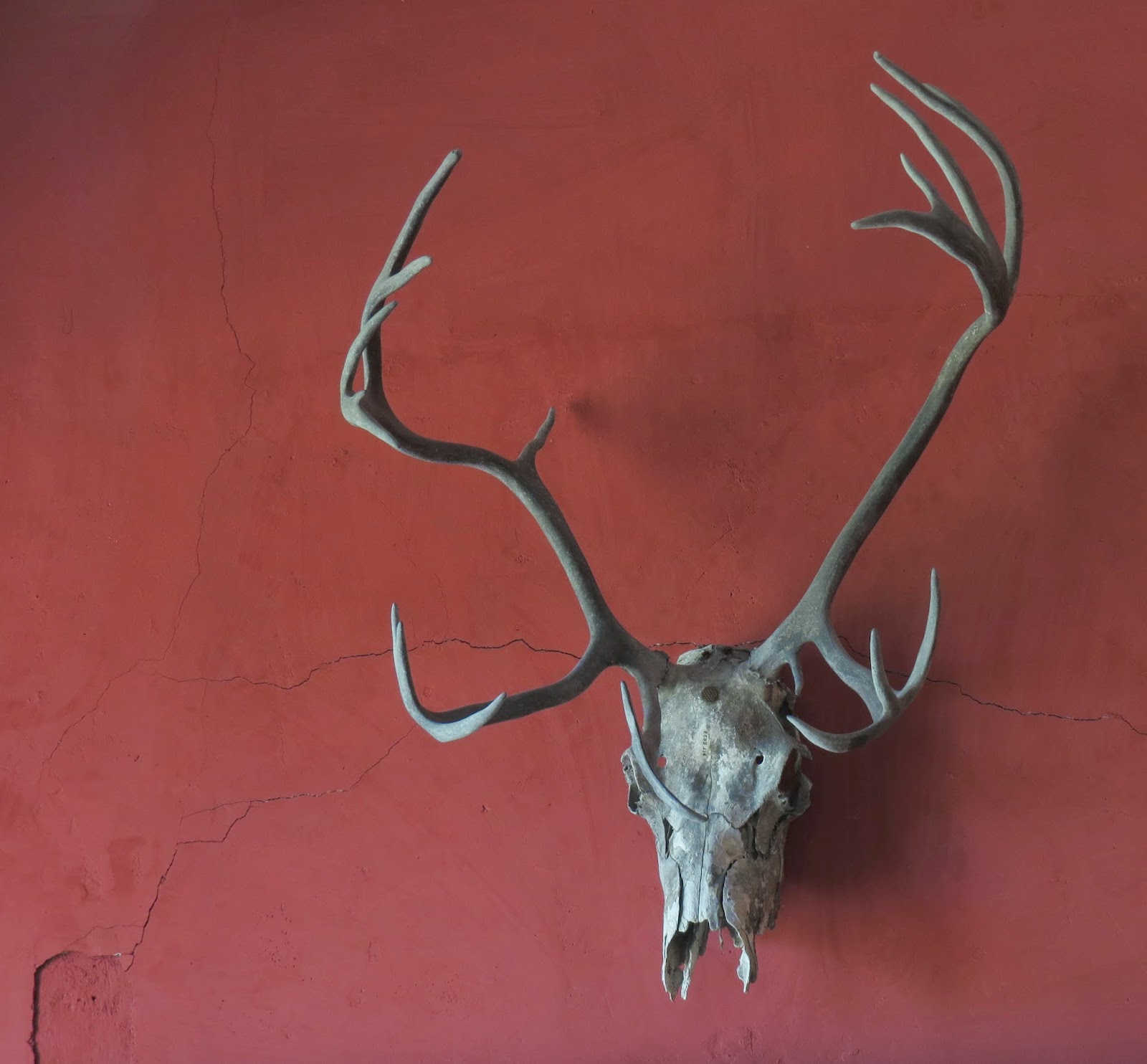 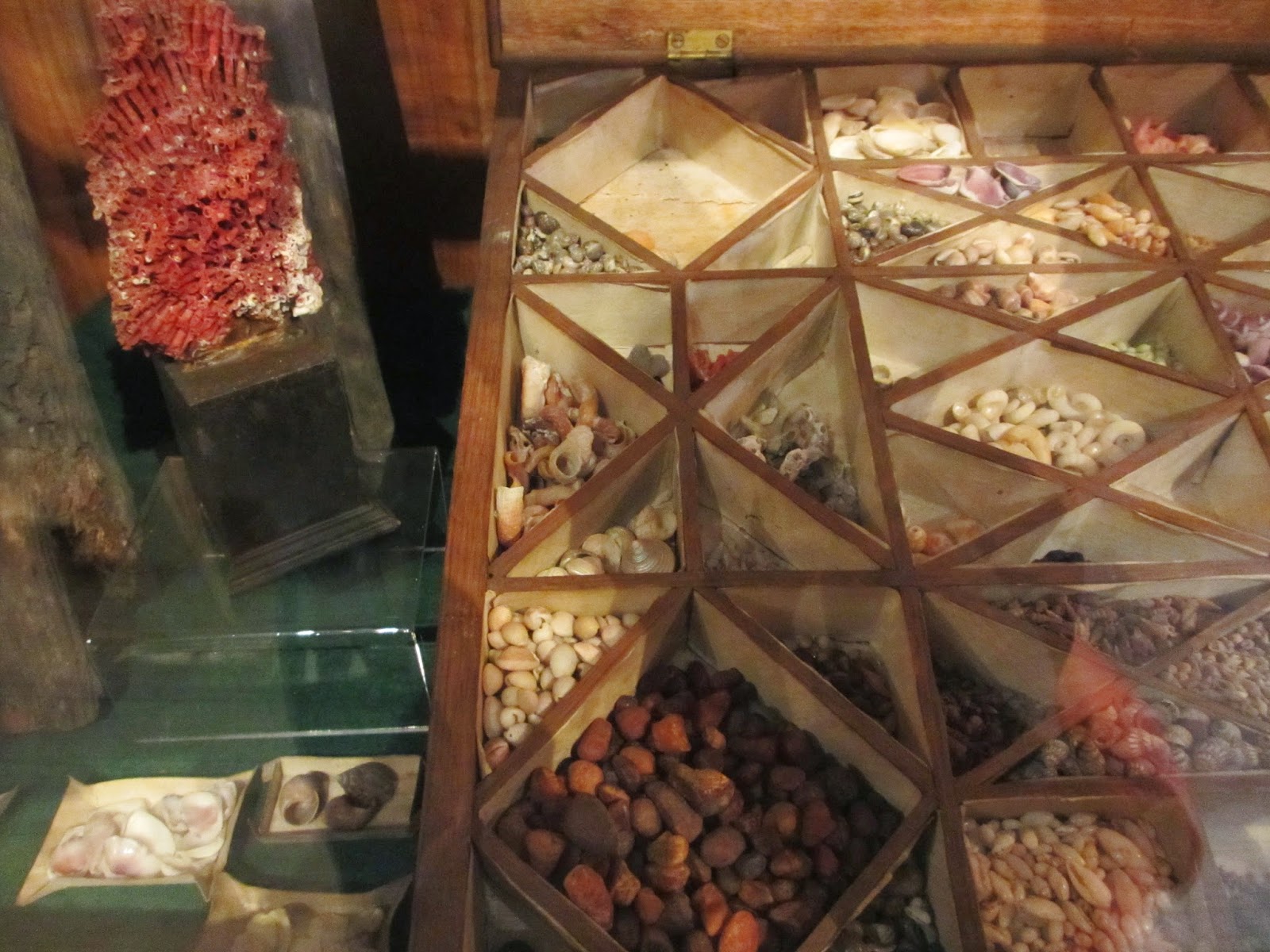 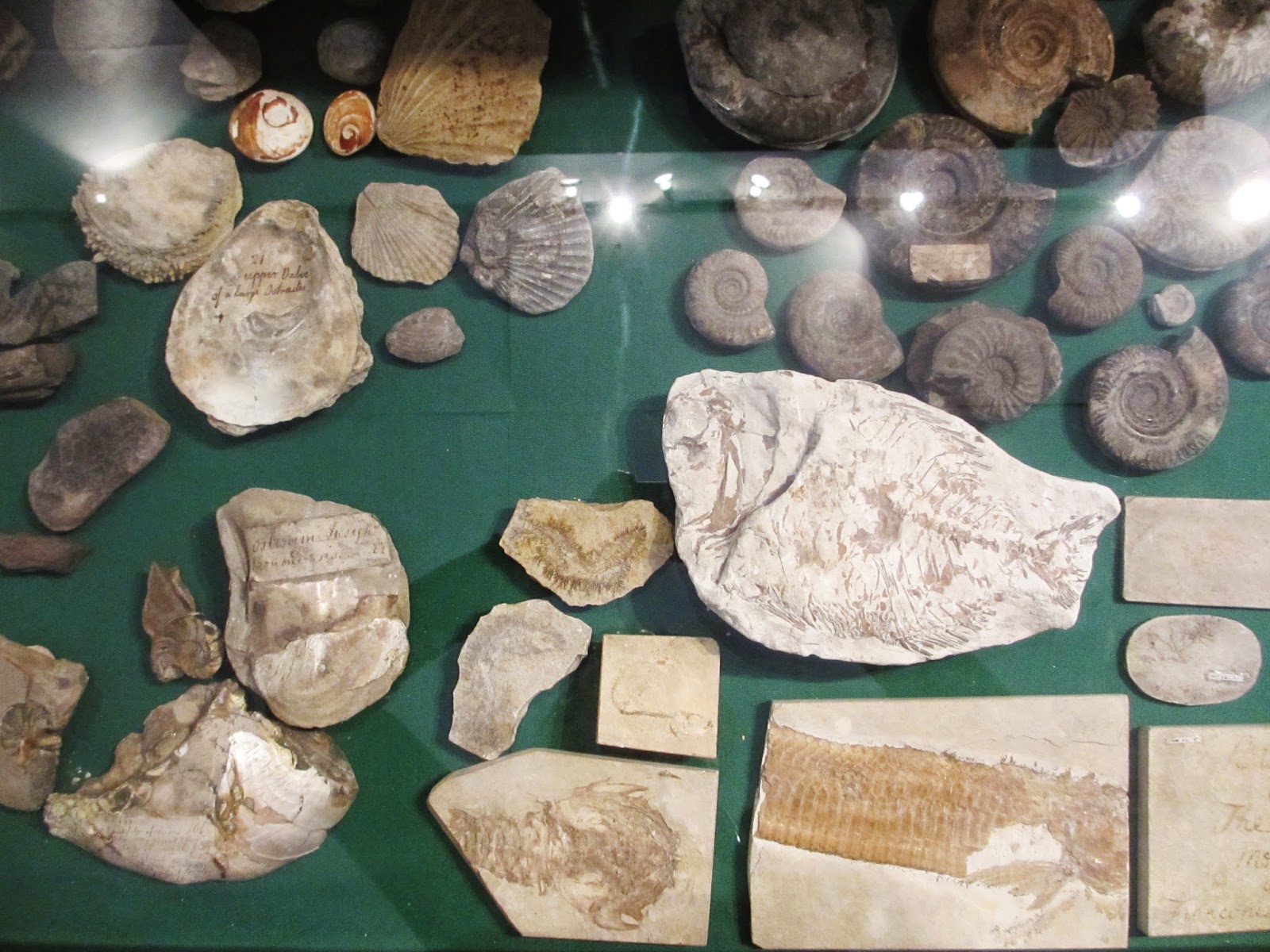 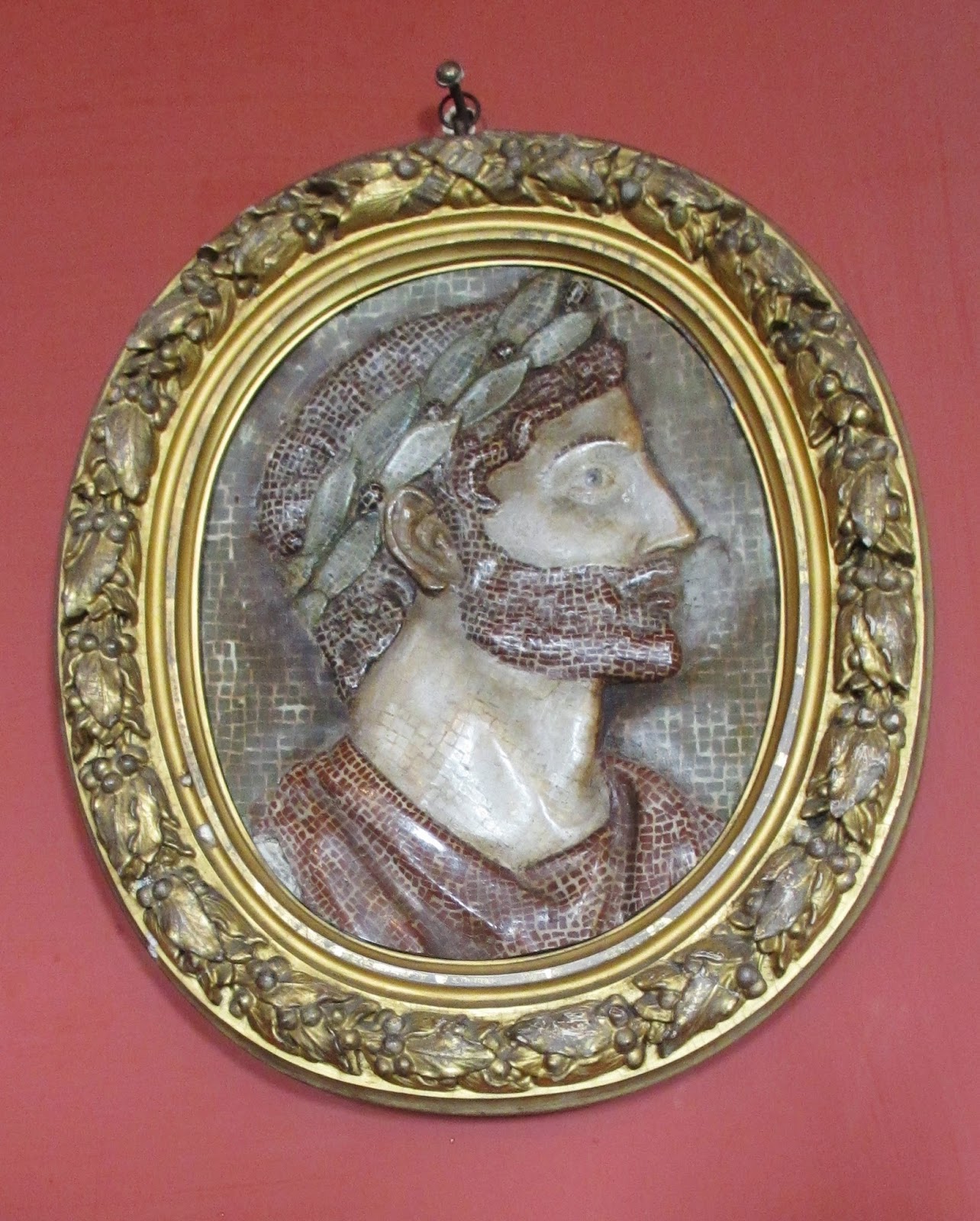 And there is more, outside the grand house... 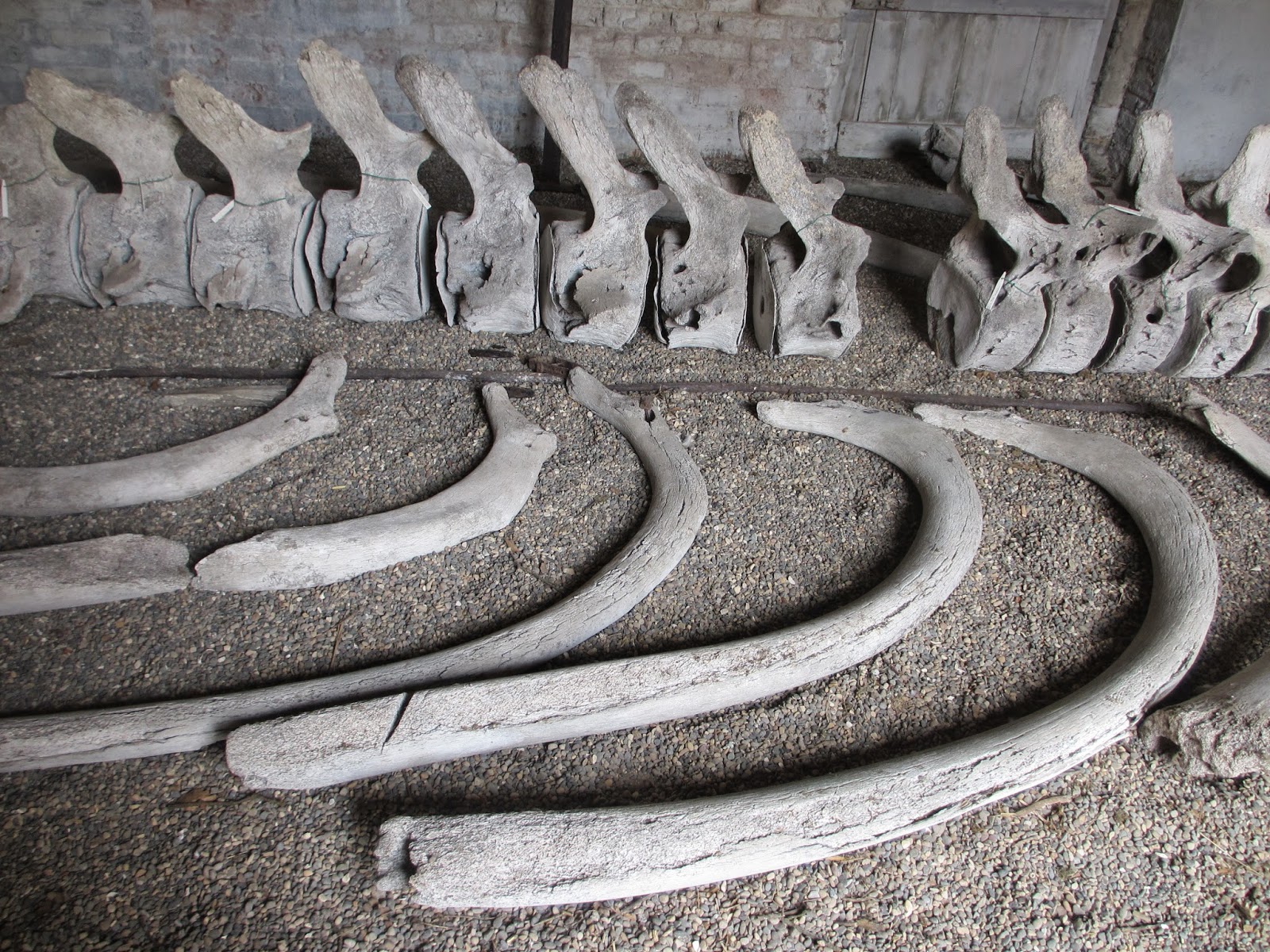 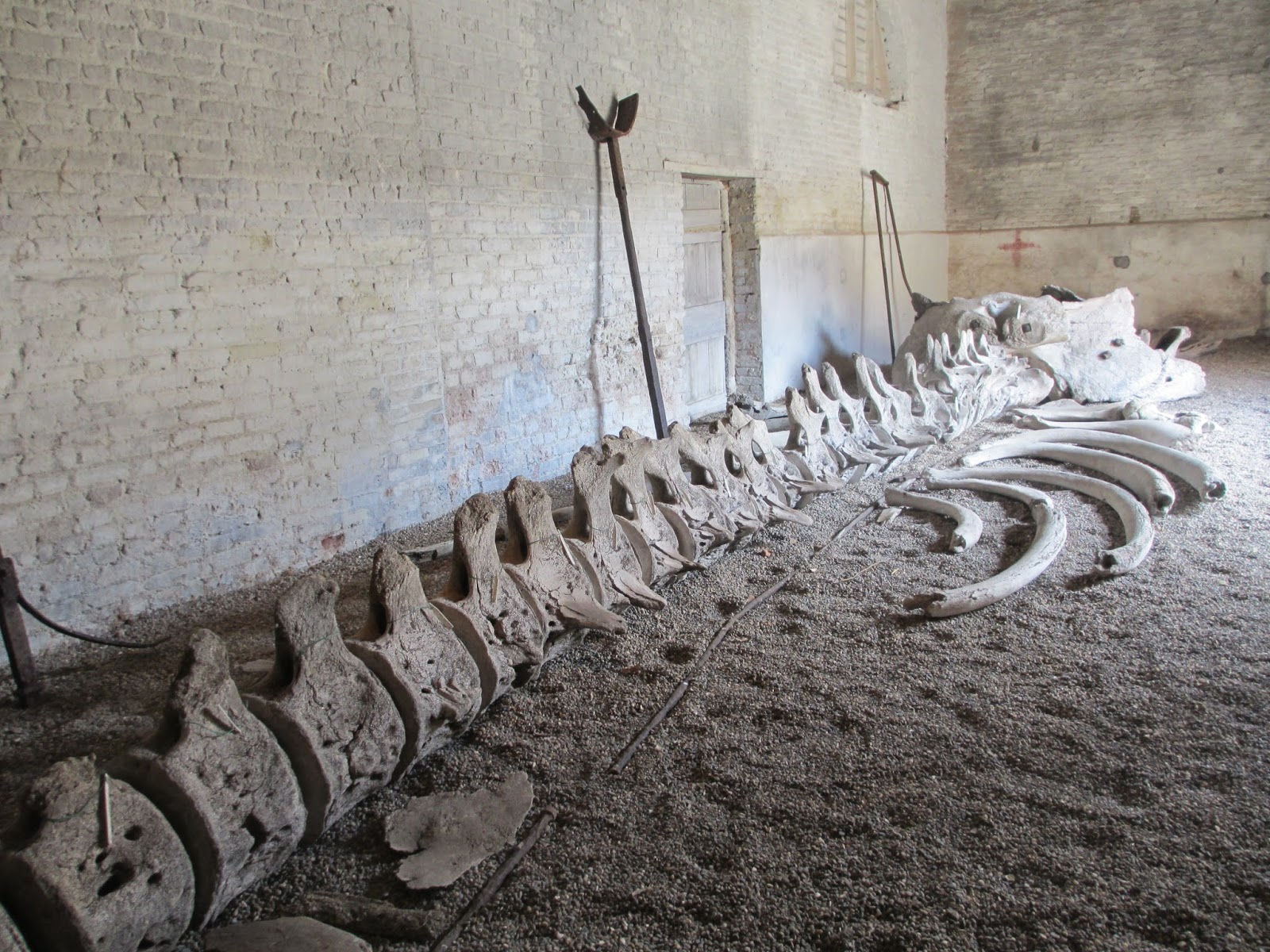 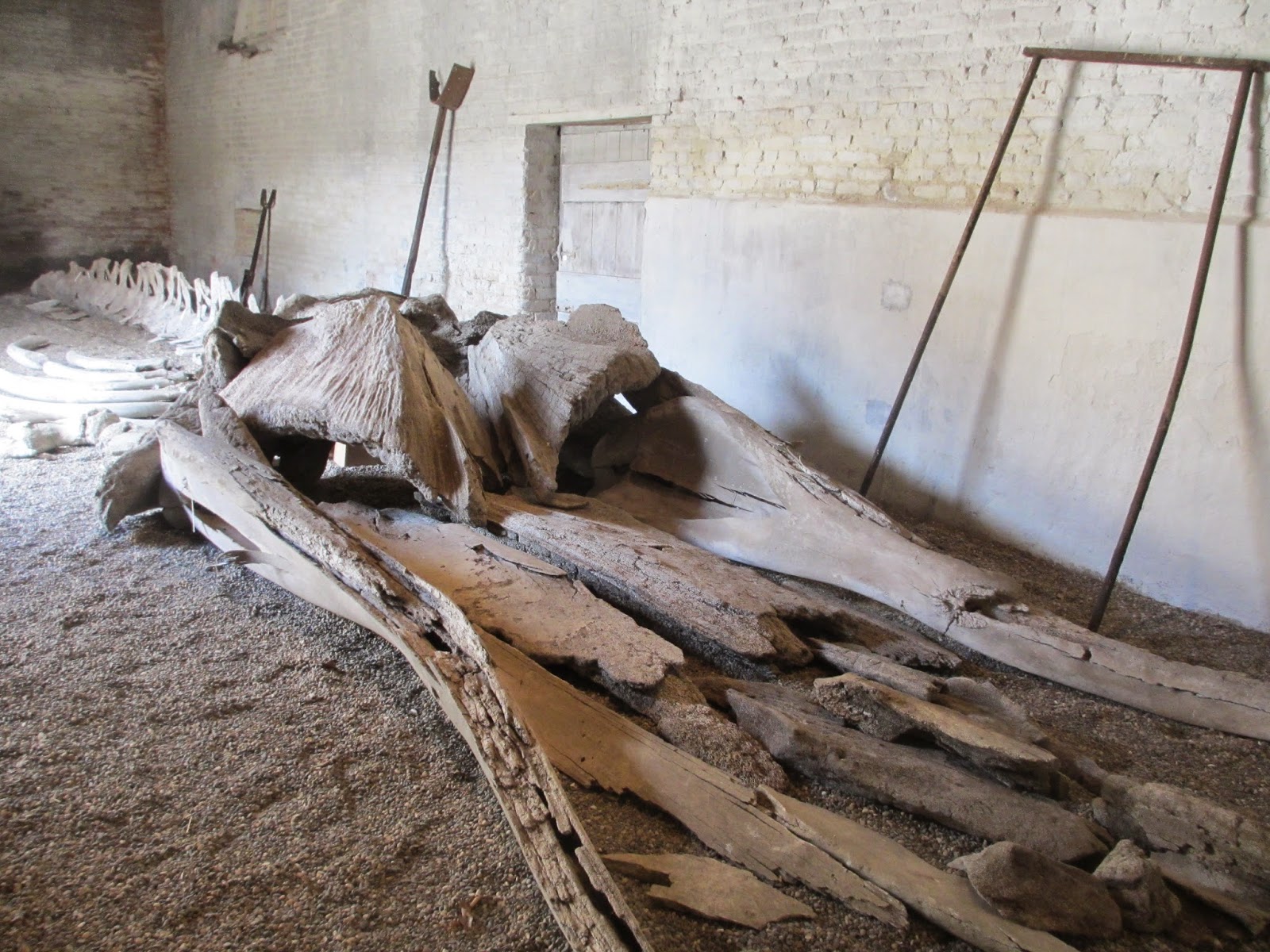 The Constables have held the estate for more than 700 years, and also the hereditary title of the 46th Lord Paramount of the Seigneury of Holderness, which theoretically gave them the income from all wrecks washed up on the coast. In the 19th century, these included the carcase of an unfortunate sperm whale, which died after beaching at Tunstall in 1825.
The whale’s skeleton was mounted on a wrought iron framework in the grounds of the estate in 1836, where it came to the attention of Herman Melville, who would write Moby Dick 16 years later. In chapter 102 of that great book, Ishmael poses the rhetorical question: “But how now Ishmael? How is it, that you, a mere oarsman in the fishery, pretend to know aught about the subterranean parts of the whale?”
The answer comes: “At a place in Yorkshire, England, Burton Constable by name, a certain Sir Clifford Constable has in his possession the skeleton of a Sperm Whale. Sir Clifford’s whale has been articulated throughout; so that like a great chest of drawers, you can open and shut him, in all his long cavities — spread out his ribs like a gigantic fan — and swing all day upon his lower jaw.
“Locks are to be put upon some of his trap doors and shutters; and a footman will show round future visitors with a bunch of keys at his side. Sir Clifford thinks of charging twopence for a peep at the whispering gallery in the spinal column; threepence to hear the echo in the hollow of his cerebellum; and sixpence for the unrivalled view from his forehead.”


In 1992 the Burton Constable Foundation was established, following negotiations with The National Heritage Memorial Fund (which provided a generous endowment) and the admirable Leeds City Council. This established the Hall and its important art collection in public ownership. 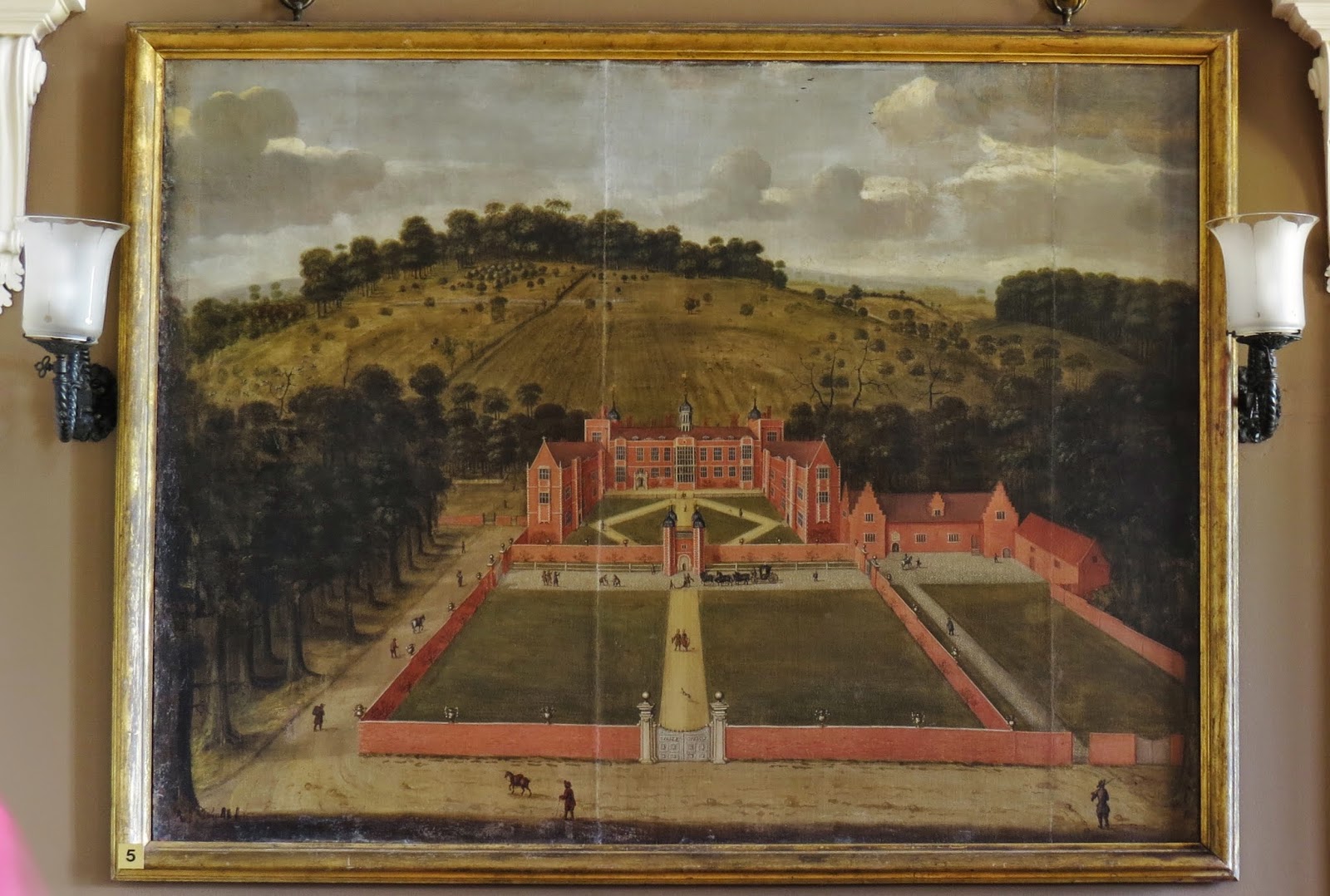 Burton Constable Hall - please have a look if you are ever in East Yorkshire!
***