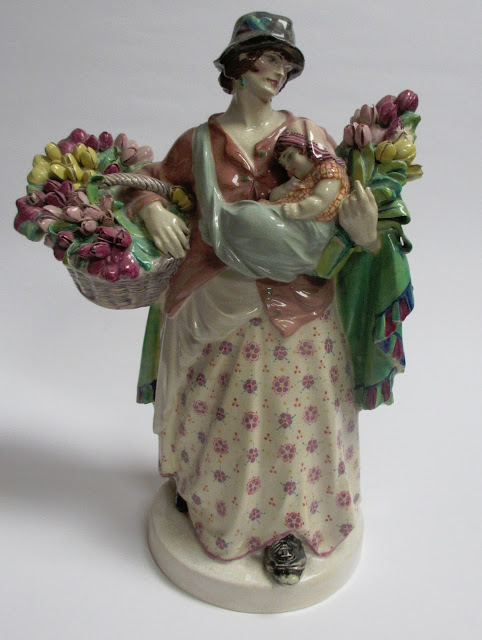 I'm not by nature an obsessive collector, but certain things really appeal to me and I love to own just one or two examples. The pottery figure above is such an object; beautifully detailed and full of character, it is by Charles Vyse. Trained at the Doulton factory, he later set up his own pottery in Chelsea and, during the 1920s with his wife Nell, made small limited editions of figures like the Tulip Woman above. Gypsy types wearing enviably Bohemian clothes. His use of pattern and subtle colours are very pleasing to me.
Similar details on this modern pottery group delighted me when I opened my Christmas gift from Mr N. 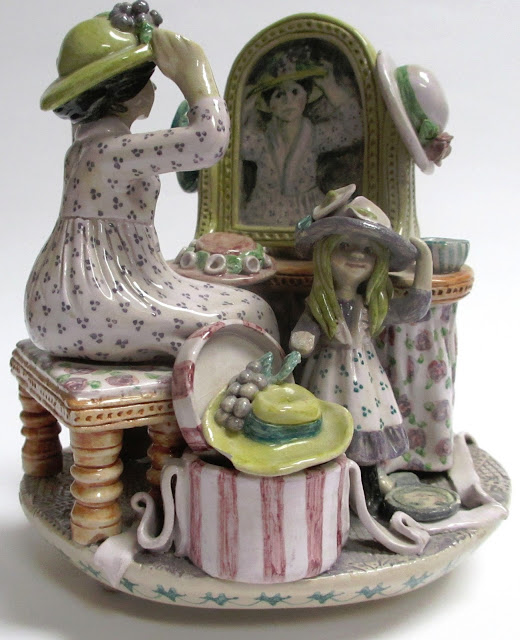 This sweet little hand-modelled piece is called "The Hats" and depicts a small girl sharing the fun of trying on hats. I love the patterns, the colours and the fact that the group, only six inches high, can be viewed from every angle, each revealing a new detail. 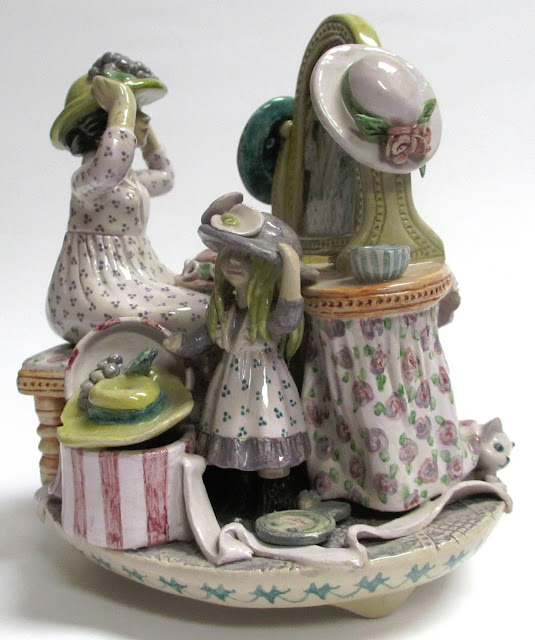 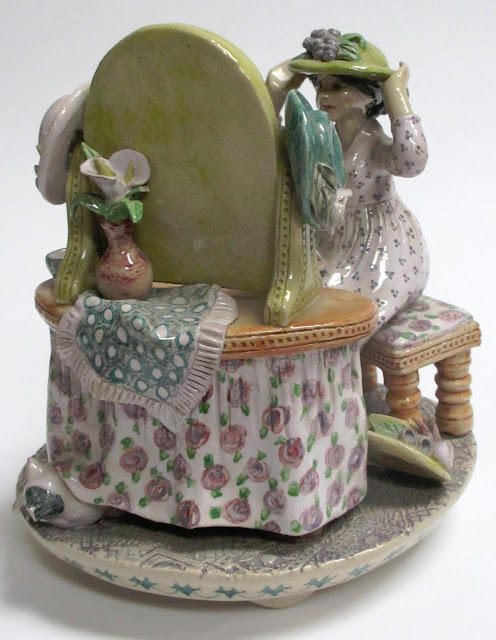 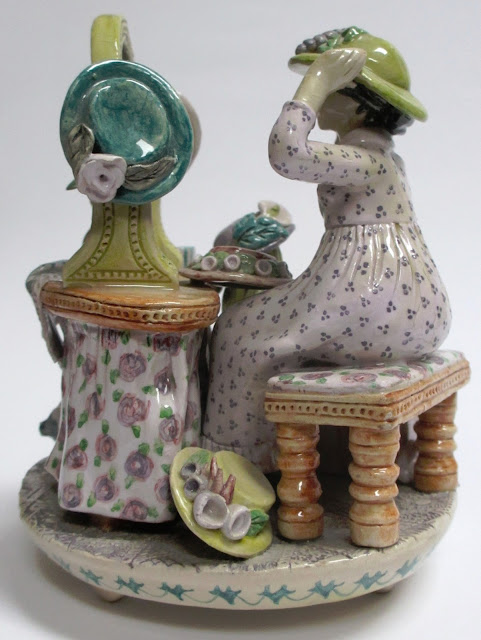 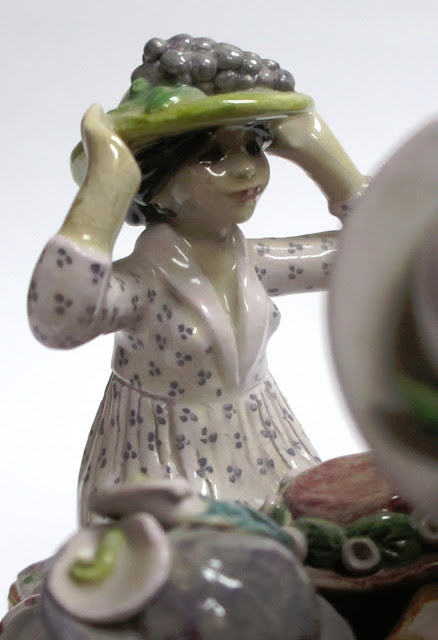 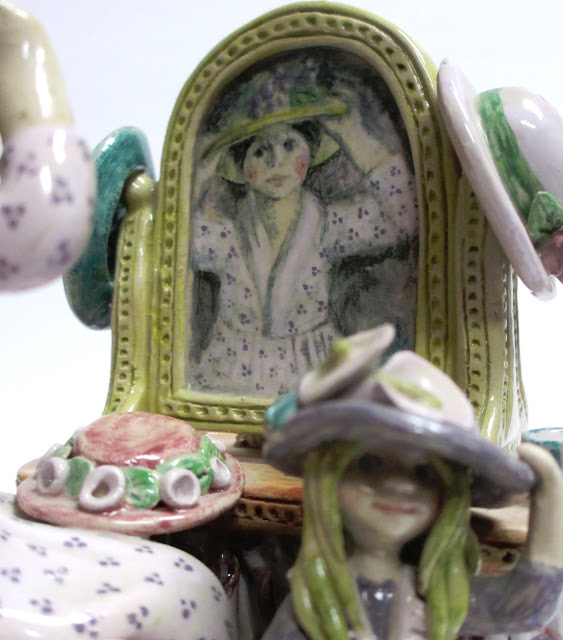 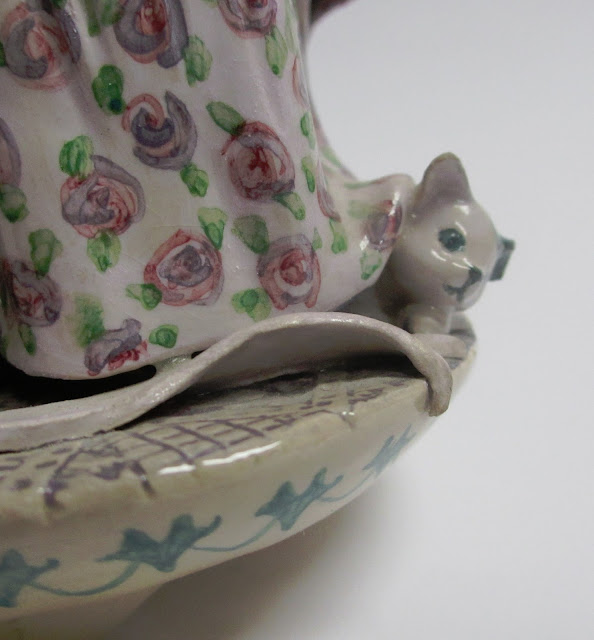 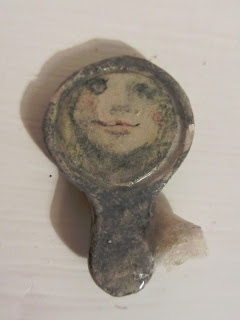 I have to repair this little bit sometime. 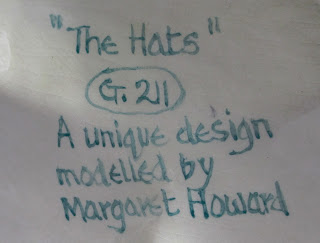 Here is the mystery - the potter is Margaret Howard, she has signed the base. But who is she - studio potter, talented amateur? Where did she work? Are there any more of these pretty figure groups out there in the world?