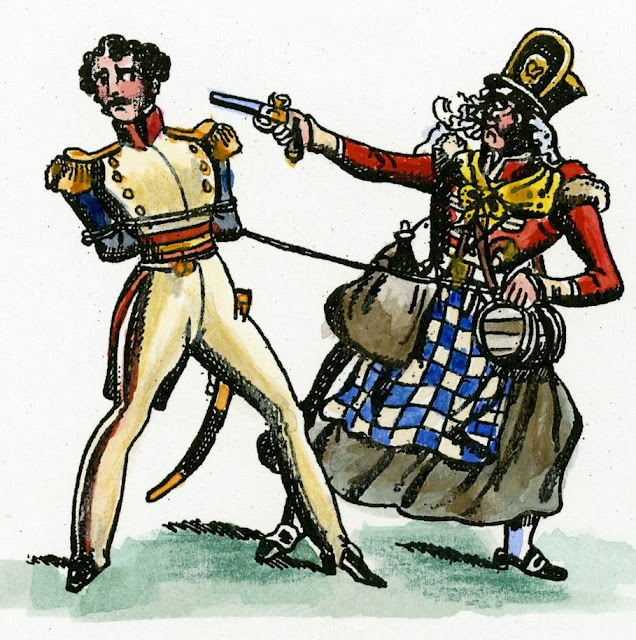 "It's June 18th 2015," said Mr N, "Should we celebrate?"
"I certainly hope so!"
"200 hundred years since that great day."
"Well none of us is getting any younger, but that's a bit insulting."
"It's 200 years since England won the battle of Waterloo, dear."
"AND my birthday. Even though I'm a pacifist, I have an appropriate day out in mind. The Royal Armouries in Leeds have some interesting Waterloo stuff on show, including a painting of the battle by Lady Butler. I used to know a boy who wrote a book about her..."
" Very funny! And that "boy" will be a grizzled pensioner by now." 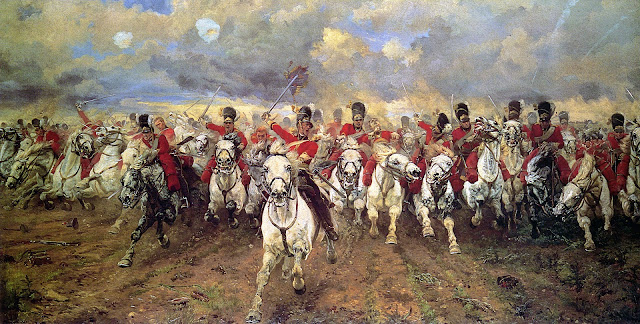 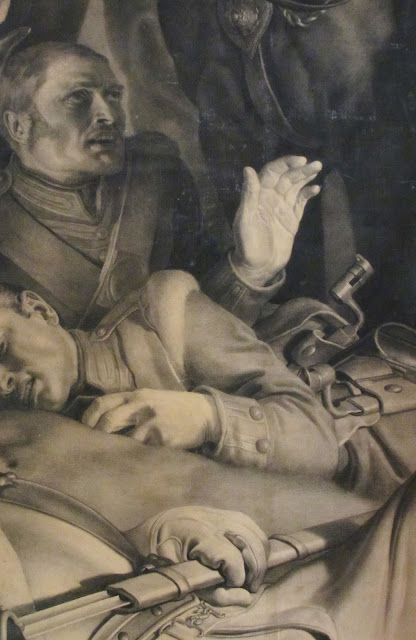 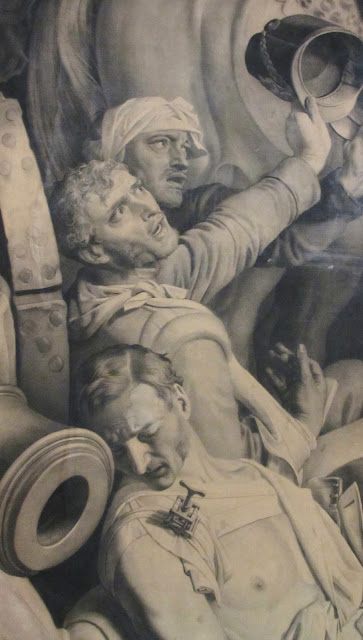 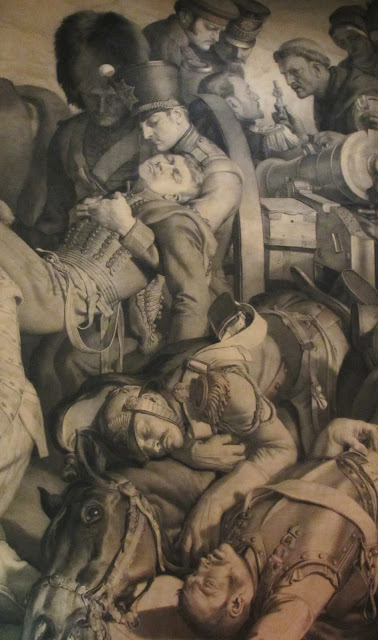 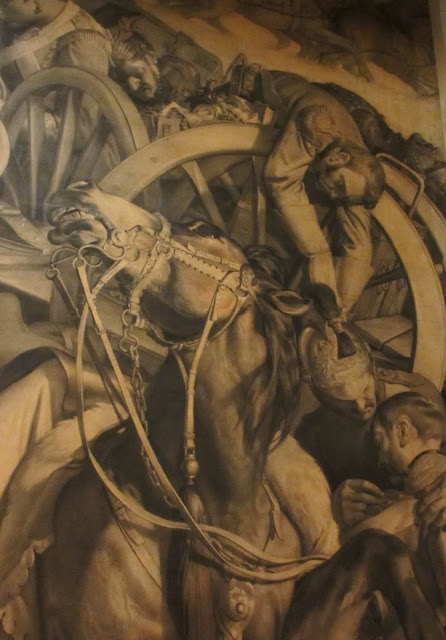 The fantastic Waterloo Cartoon is part of the exhibition. This is a huge preparatory drawing for "The Meeting of Wellington and Blucher" by Daniel Maclise. It measures over 13 metres wide. 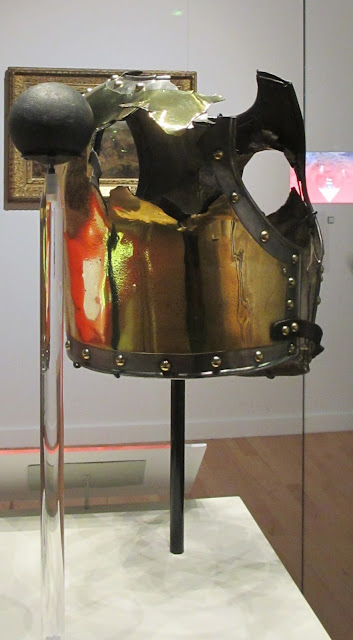 No cause for celebration 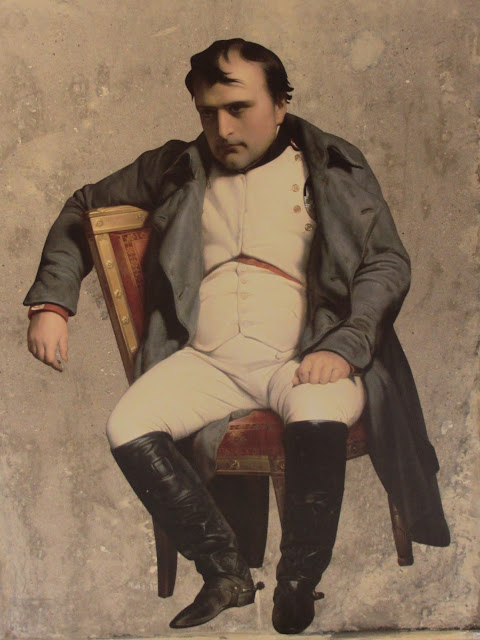 Outside there was to be a military parade... 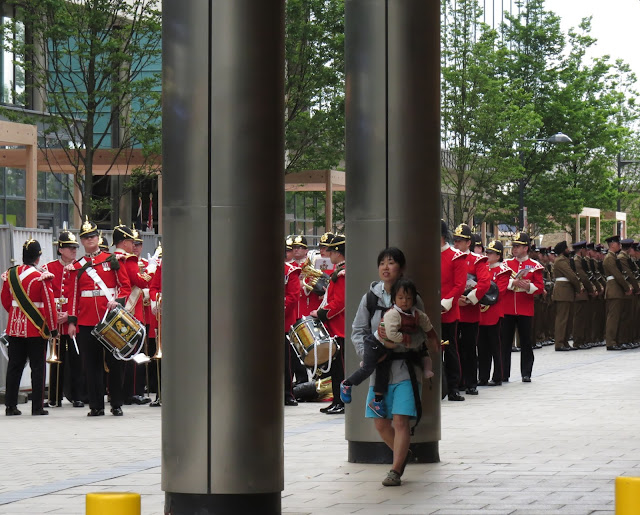 ...if only they could remove the bollards. 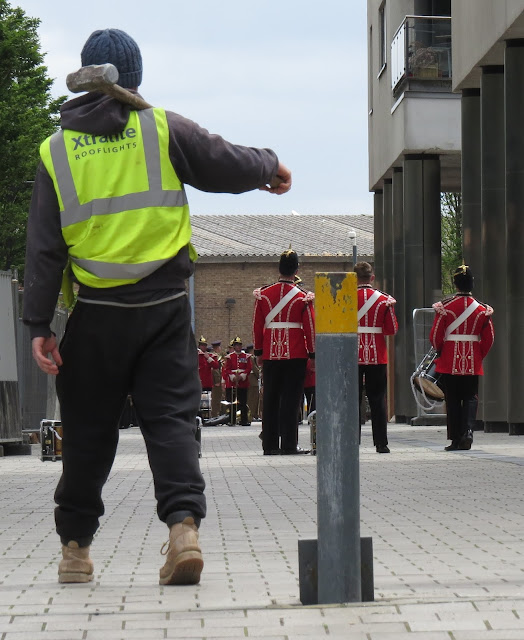 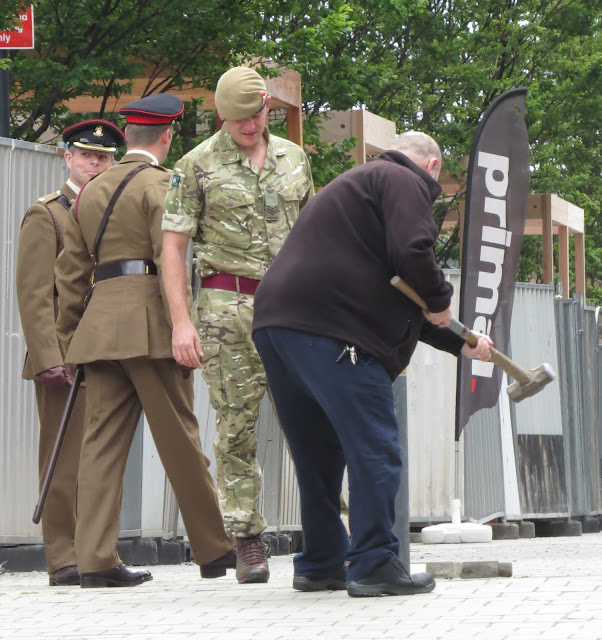 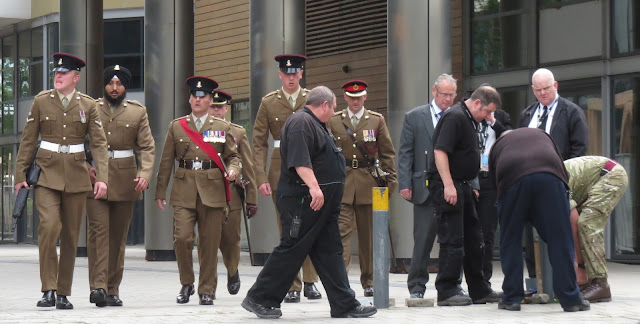 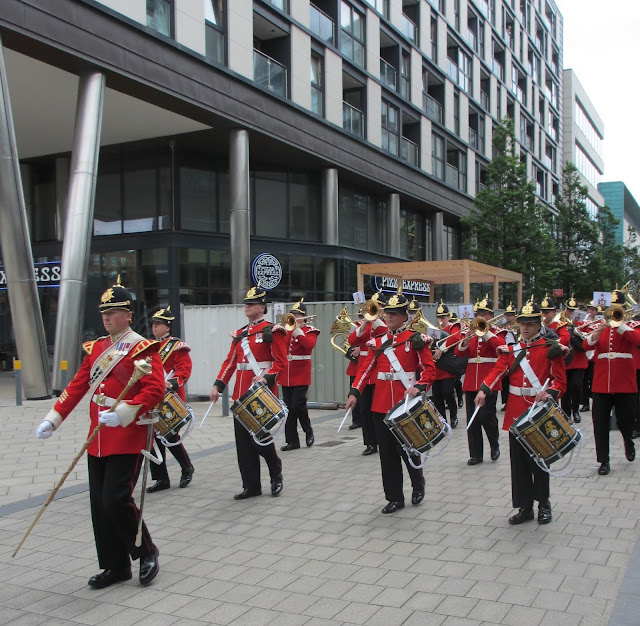 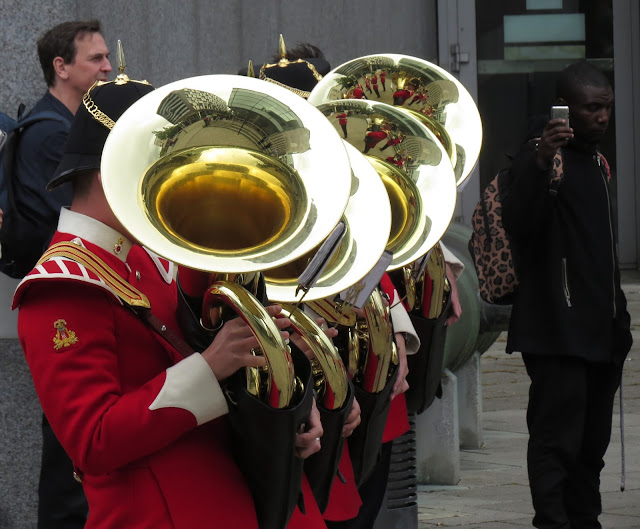 The afternoon ended on a jolly note.
***

PASSPORT TO THE PAST 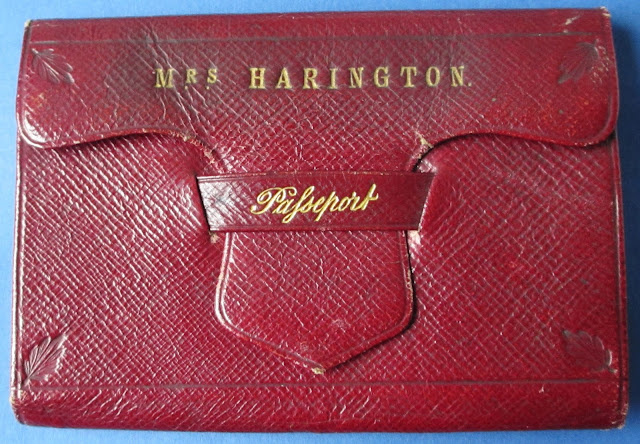 Or should that be, "Pafseport to the Past"
This Victorian passport, in the form of a red morocco leather notebook, stamped in gold with the owner, Mrs Harington's, name, was one of the treasures we found at the Wetherby Racecourse antiques fair this morning. No prizes are offered for guessing that I spent the afternoon glued to Google. 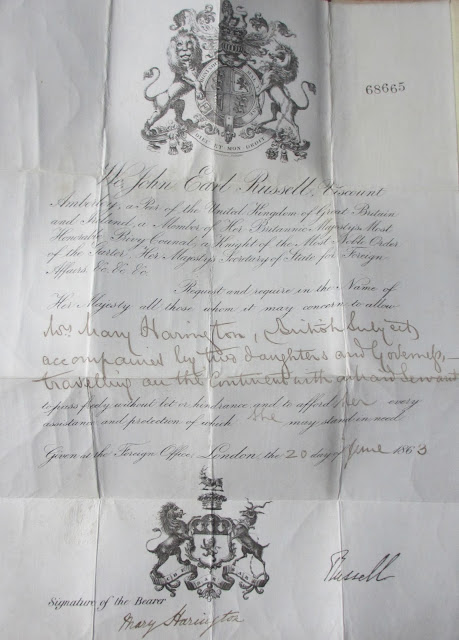 The passport is dated 1863, signed by Mary Harington herself and by the Prime Minister of the day, John, Earl Russell.

Mrs Mary Harington was travelling with her two daughters, a governess and a maid. First I looked at the 1861 census, hoping to find the right Mary. The fact that there were 735 of them did not stop my search - obviously a great number were too young, many were too old to have daughters who needed a governess - and many were simply too poor.
I found a widowed waistcoat-maker with a sister, but no children.
A Mary with two daughters - but her husband was a bricklayer and there were no servants.
Another had five daughters, all working as spinners in Kidderminster.
In the end there was just one possibility - Mary Harington, a widow aged 44 in 1861, with two young daughters, Beatrice Cecilia and Alice Margaret. They lived in Oxford in a household with servants. More googling revealed that Mary's husband had been the Reverend Dr Richard Harington, Principal of Brasenose College, Oxford until his death in 1853.
After the death of her husband, and her young son Robert two years later, Mary had not turned away from the world. One friend was Charles Dodgson, aka Lewis Carroll. In 1855 he wrote; " I made great friends with Mrs Harington's nice little children, Bob (who would die later that year) and Beatrice, 4 and 3 years old."
The friendship endured, he got to know the youngest girl Alice and yes, he took photographs... 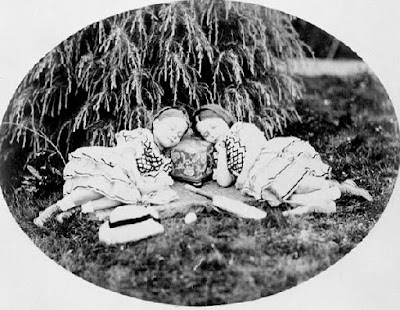 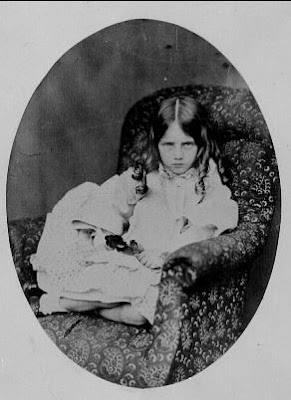 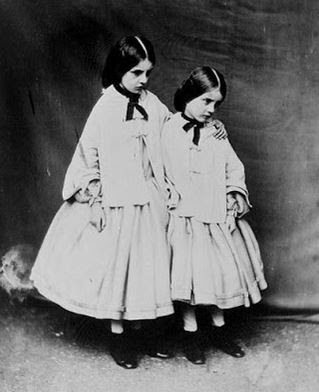 Mary Harington died in 1886 and neither daughter married - but their names are remembered because of their devotion to the Settlement Movement. Oxford university men, with a strong religious belief in social change, began to work at providing housing and occupations for poor working men in the East End of London. Later there were settlements for women too. Beatrice and Alice left Oxford and devoted their lives to this cause at St. Margaret's House in Bethnal Green. 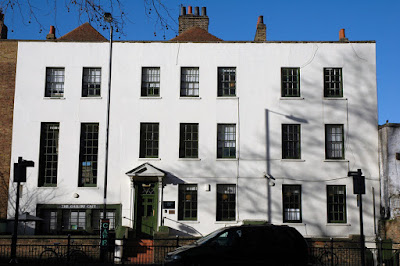 St Margaret's survives to this day as a centre for community activities with a café and charity shop.
I still don't know where the Haringtons went with the small leather passport, but I have learned something about the road they travelled in life. Here is Beatrice's obituary from the Times in 1936.