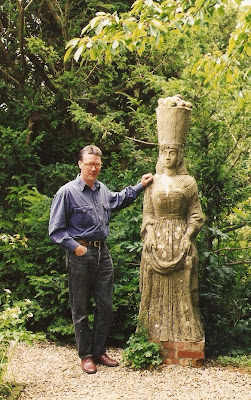 I knew from the start that Mr. N wished he was a little bit more bohemian. He was besotted with the antics of the Bloomsbury Group - their art, their writing, their complicated relationships, but even so I was a little shocked when he introduced me to his new inamorata in the garden at Charleston farmhouse some years ago.
"I think I love her." he said.
"She has a heart of stone and feet of clay," I snapped,"You won't get far with her!" 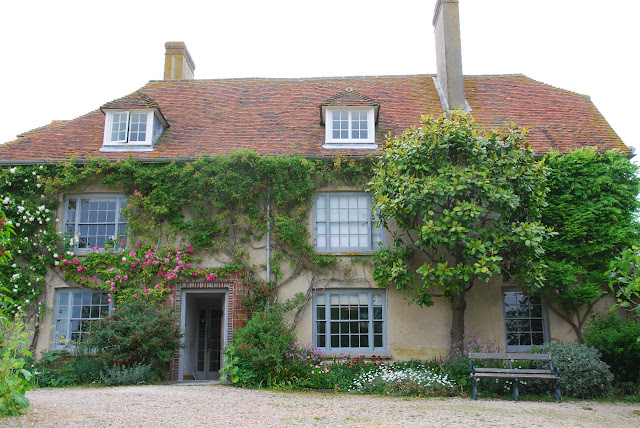 Admittedly the house is dreamy - I have been obsessed with that elusive combination of palest blue-grey paintwork with mellow stone or brick ever since I first saw it. I can't get enough of Bloomsbury style. 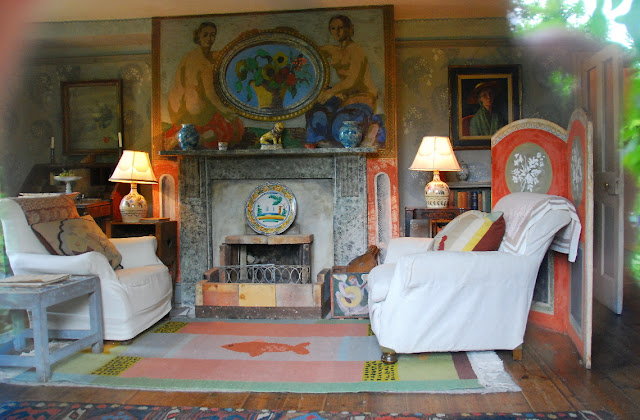 They do say that there are only 6 degrees of separation between everyone in the world - honestly, it says so here! I had already experienced my own  brush with Bloomsbury - long ago, when I was an art student, Quentin Bell (son of Vanessa Bell, nephew of Virginia Woolf) had paused beside my painting and said "Hmmm." Could I find a connection for Mr N, to satisfy the poor man's longings?
Here goes...

Mr N's grandmother Lavinia worked as a maid in London during the 1920s and 1930s. Among the few papers we have that belonged to her at this time is a promotional booklet, celebrating the forthcoming coronation of George VI in 1937, produced by Moss Bros. & Co.Ltd. and sent out to their customers. 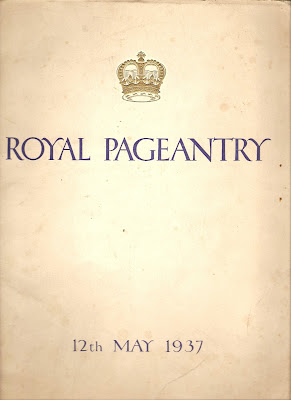 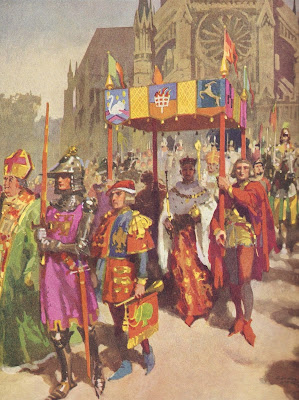 It contains a letter addressed to R Bernays Esq. of 86 Petty France in the City of Westminster. 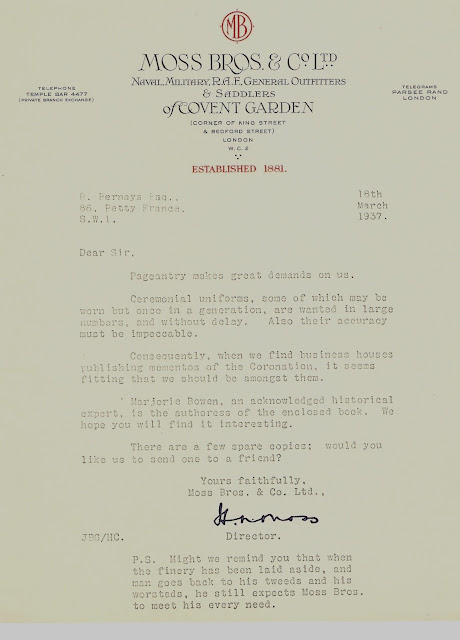 Here is Vanessa Bell, artist and Bloomsbury muse who made her home at Charleston. 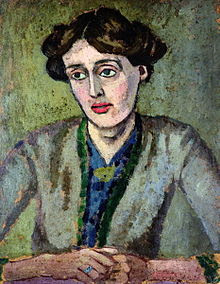 Here is Virginia Woolf, her sister, an avant-garde Bloomsbury novelist who... 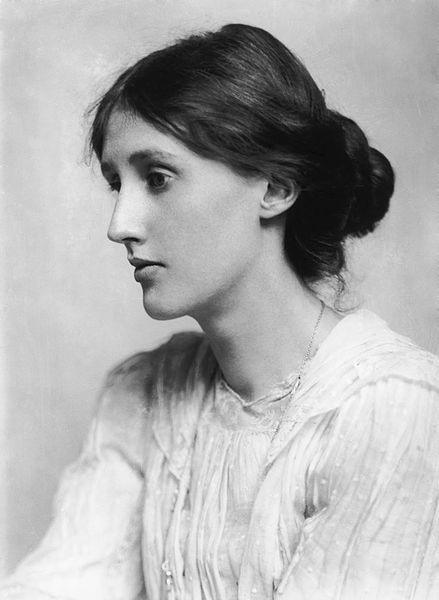 ...had an affair with Vita Sackville-West, gardener and writer who... 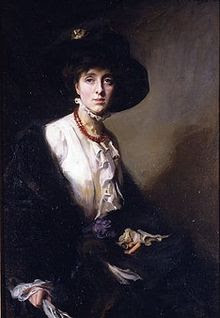 ...was married to Harold Nicolson, bisexual diplomat, writer and politician whose "close friend" was... 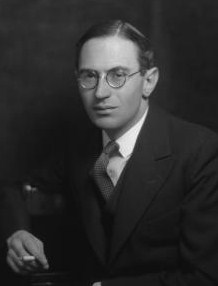 Here, below, is Mr Bernays on the 1938 electoral roll, with Lavinia, presumably his employee, a few names down. 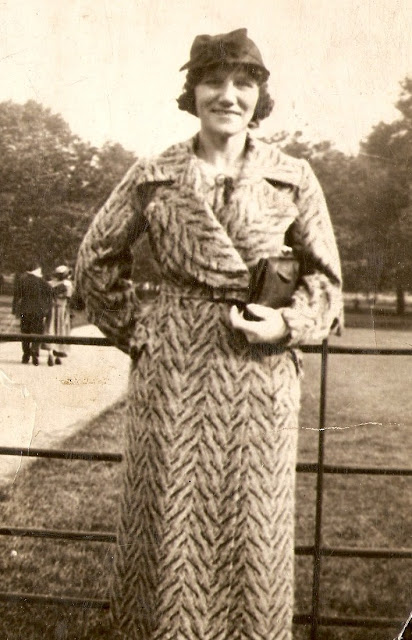 (I hope she never burned his toast.)

I think that's only 5 degrees of separation! Will that do, Mr N?