NO CALM BEFORE THE STORM

Around a hundred years ago, in the years just before WW1, Great Britain was anything but calm. This country was in turmoil - working people were unhappy with their standard of living and went on strike in their thousands, suffragettes were causing havoc and Fabian Society members were wringing their soft, uncalloused hands in dismay.
This was known as The Great Unrest.
In the smoke-blackened city of Leeds teachers, students, including Herbert Read and the Whitby-born novelist Storm Jameson, forward-thinking businessmen and eager, artistic young ladies concerned themselves with huge changes in art, politics and society. Schoolteacher Alfred Orage (orage by name, tempestuous by nature) founded the Leeds Arts Club in 1903. This was an iconoclastic group that mixed radical socialist and anarchist politics with the philosophy of Nietzsche, Suffragette Feminism, the spiritualism of the Theosophical Society and modernist art and poetry. 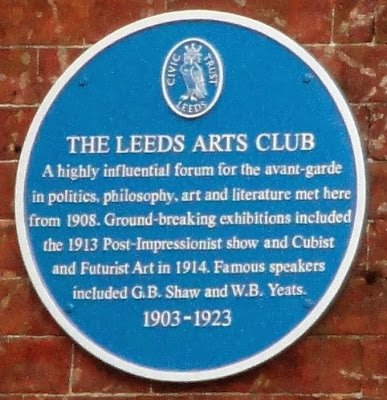 An unlikely mix for this conventional Northern city, as George Bernard Shaw noticed. In one of his lectures he encouraged his audience to burn Leeds down and build a better town;
"Art is the thing that can finally make you believe that Leeds as it exists is a very intolerable place, that it is a place where no decent individual ought to live... 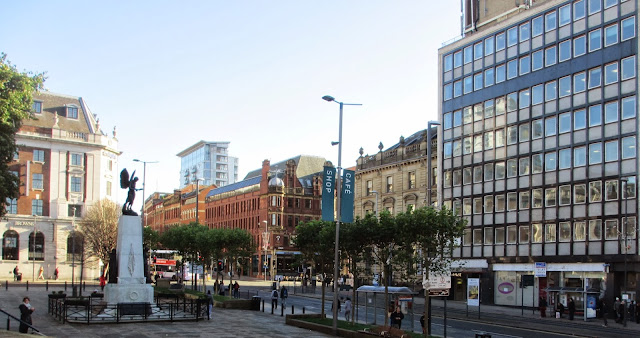 
...and that you individually have no right to be alive at all. It even has the power, finally, of driving you, under certain provocation, to burn down your town."
This statement caused the art-critic of the Yorkshire Post to refer to him thereafter as George Burnhard Shaw. 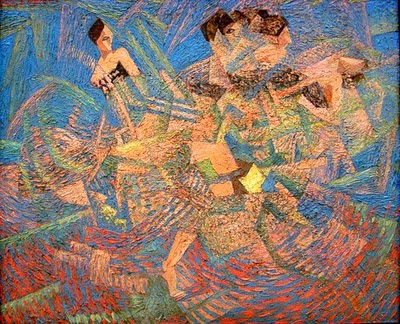 For some life was changing fast, before the war to end all wars interrupted their uneasy idyll. Provincial young women like Storm Jameson went to university, had careers, stayed out late at night and even thought about free love. Sleepy corners of Britain housed artistic communities, who chose to retreat from the turbulent new world outside - living alternative, scandalous lives... 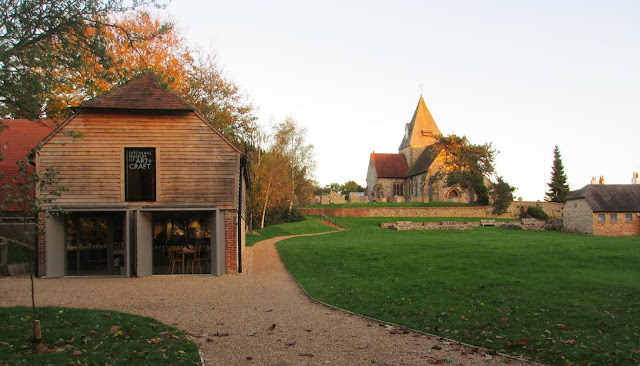 ... as they did here at Ditchling, West Sussex, with its community of artist-craftsmen. This is the newly refurbished Museum of Art & Craft and everything is beautiful. 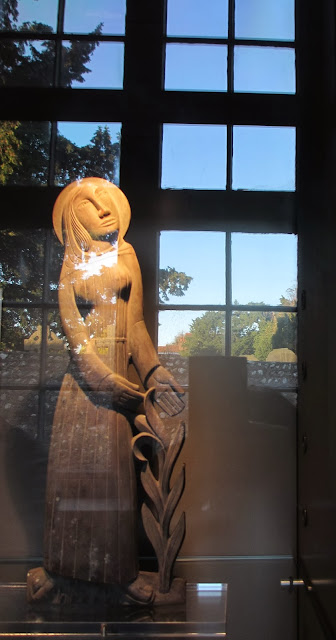 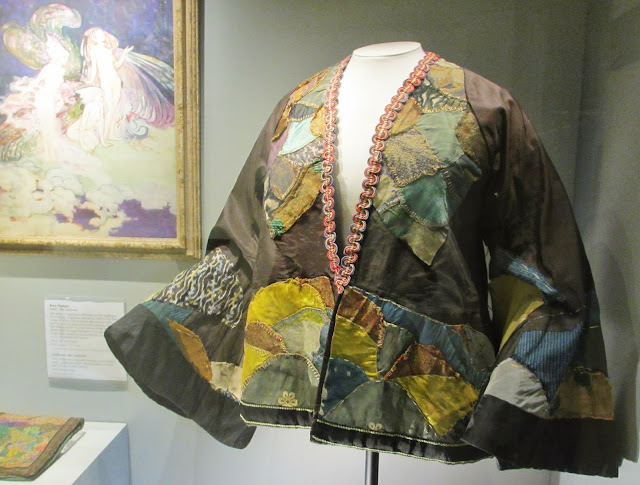 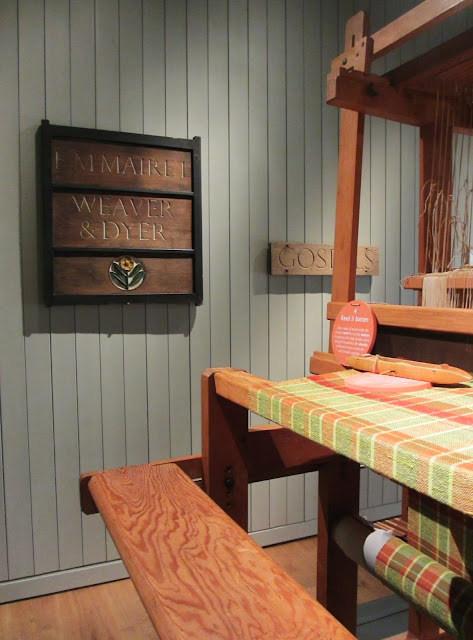 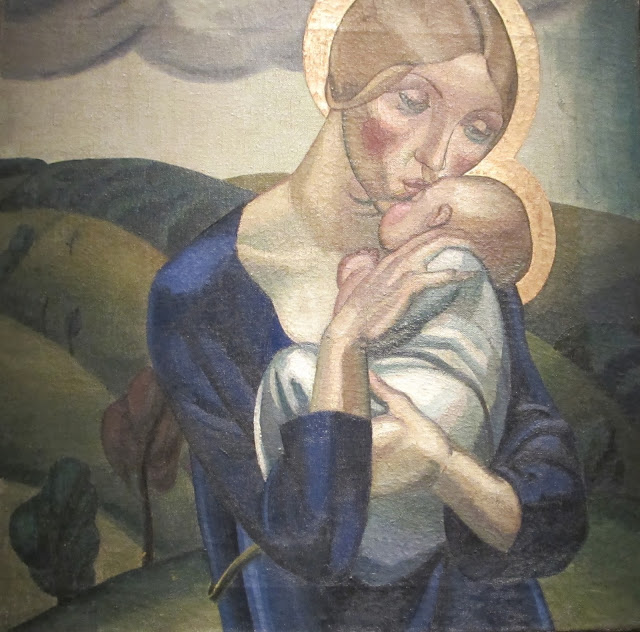 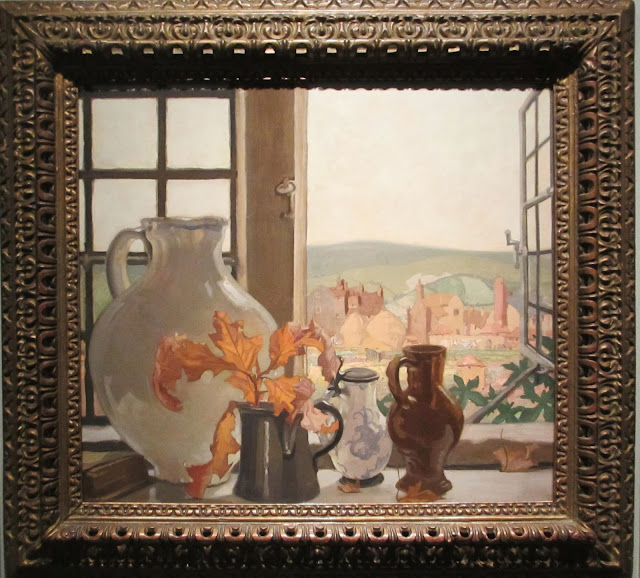 But there is an elephant in the room - a lurking danger (Eric Gill, actually). 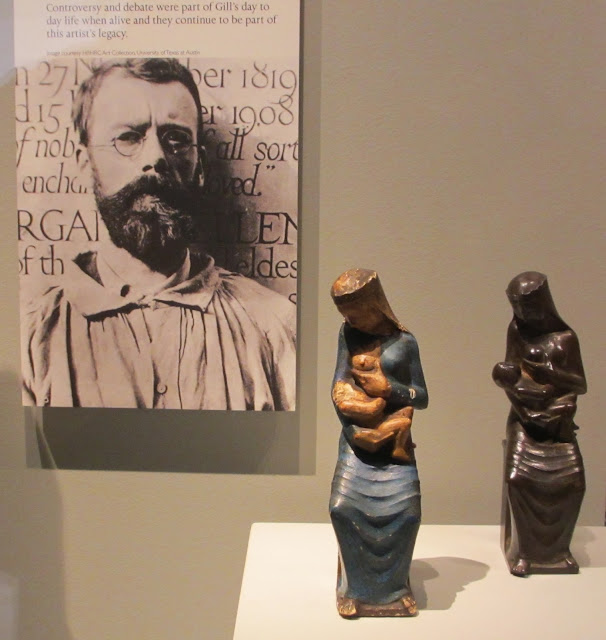 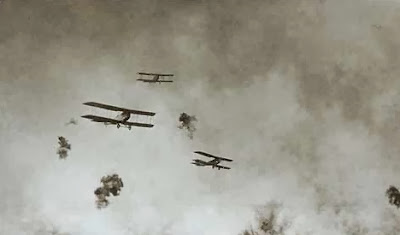 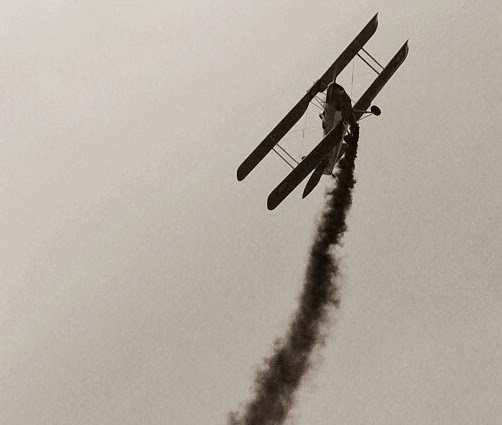 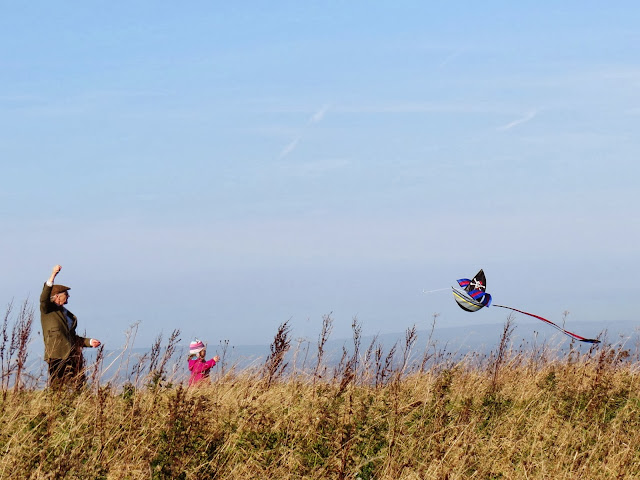 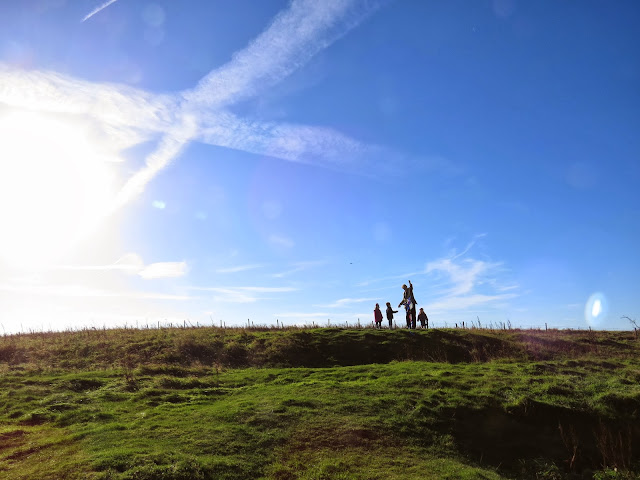