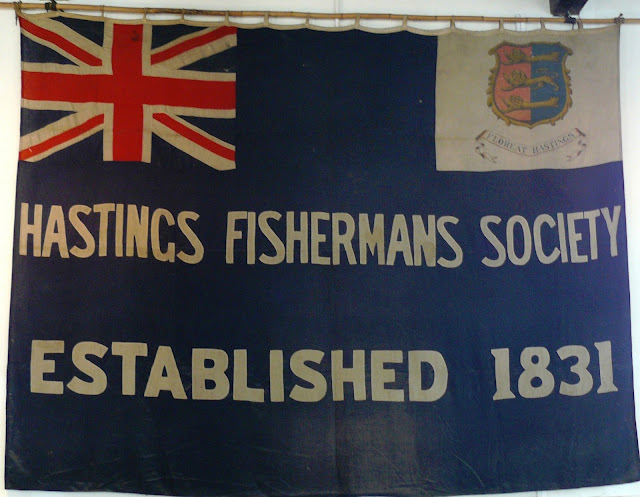 We've seen rather a lot of flags and banners around over the past few years,  perhaps in the build up to the 2012 Jubilee. But since hearing the latest flag-related news I'm wondering, just when does a flag become a banner? Apparently Romania has made the world's biggest flag, weighing in at 5 tons and being about three times the size of a football pitch. 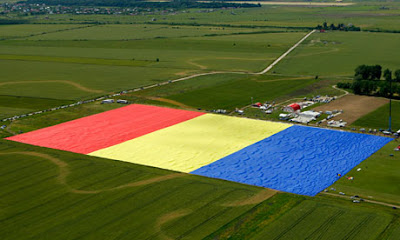 I can just about imagine this fluttering from a pole the height of the Empire State Building, but realistically I would call this a banner.
We have an interesting antique banner with a political message. In the 1880s it belonged to Scottish steelworkers, impatient for the right to vote, waiting for the House of Lords to pass the 1884 Reform Act. 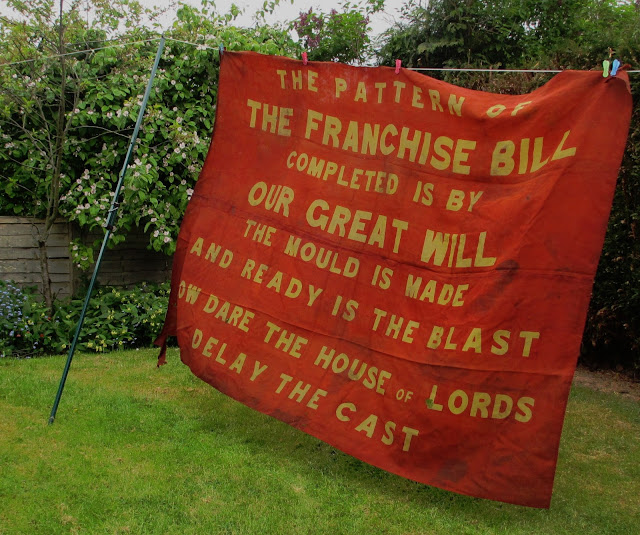 We love this but don't have enough room to hang it on a wall - so here it is on the washing line. Flags and banners look good framed... 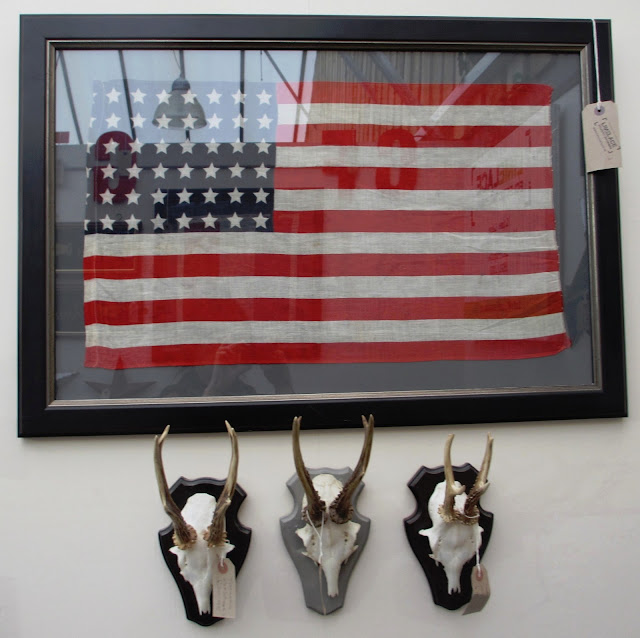 ...and no antiques centre is without a few. Here is a view of the Harrogate Antiques Centre's latest selection. 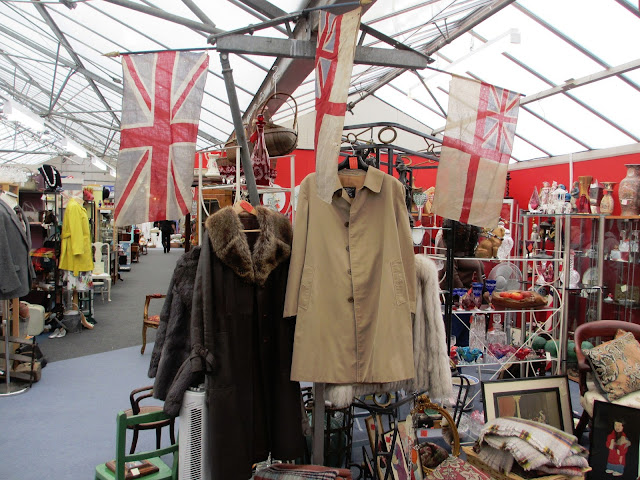 This new centre is worth a visit - their blog keeps you up to date with the latest stock at http://harrogateantiquecentre.blogspot.co.uk/
(We bought some new ancestors at the centre recently... 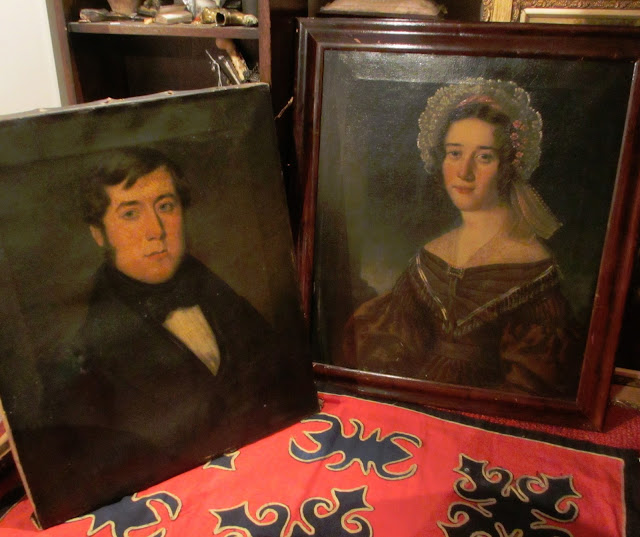 ...still languishing in the attic, they don't realise that they have come home at last. Oh, what stories we will tell about their lives!) 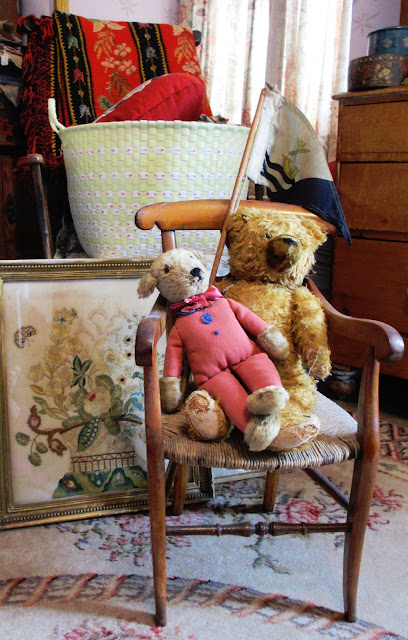 Meanwhile, these teddies took a jaunty Blue Peter flag along to our stand at Bowman's Harrogate Antiques Fair at the weekend. As usual a fantastic time was had by all at this friendly event, but sadly Little Ted came home alone.