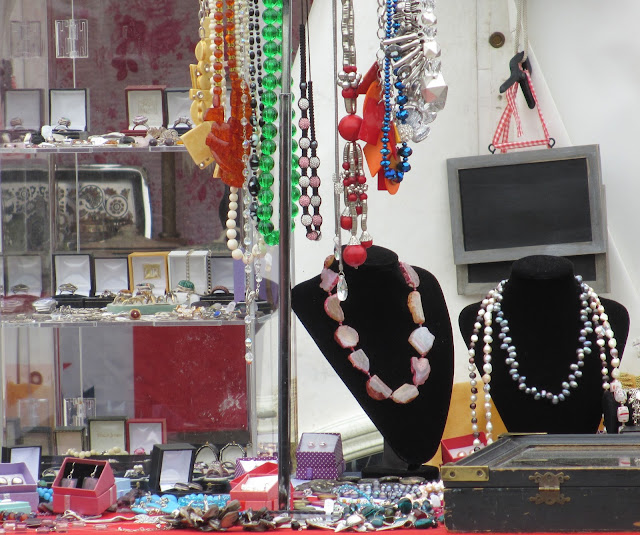 There is no doubt that the Newark International Antiques Fair, which we attended this week, offers plenty for girls who love beads. Who wouldn't happily while away the hours inspecting and comparing colour, sparkle and clunkiness? 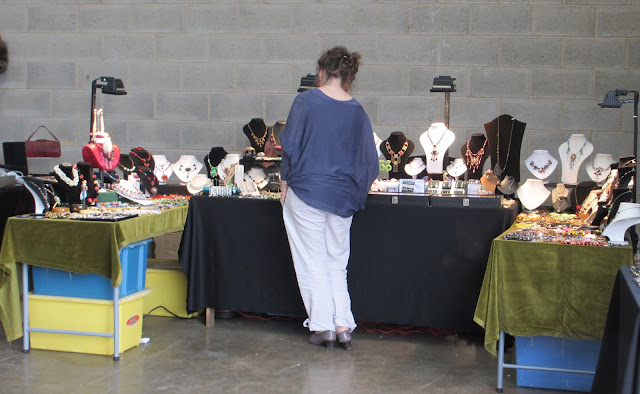 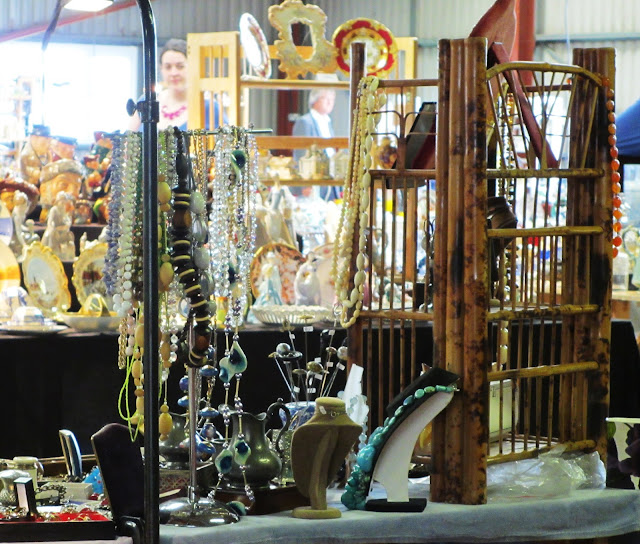 As a child I used to collect beads and swop them, like stamps or tea cards, prizing them for their beauty rather than their rarity. I still feel the same, though I know a little more about them. They were first made by early man in pre-historic times, thousands of years before the Ancient Egyptians made these simple tubular faience beads. 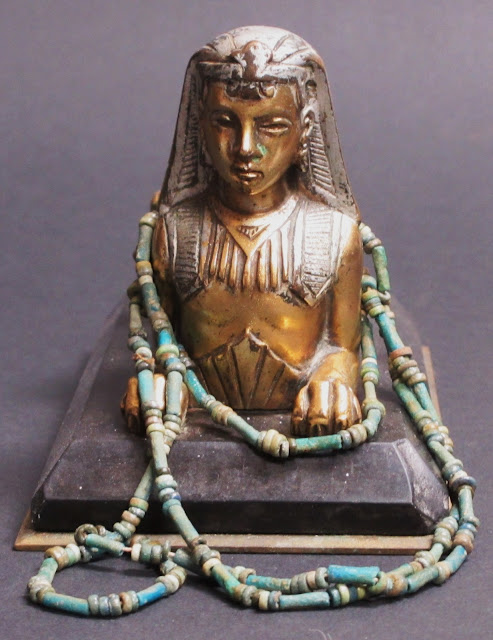 They come from every part of the world and are made from all materials... 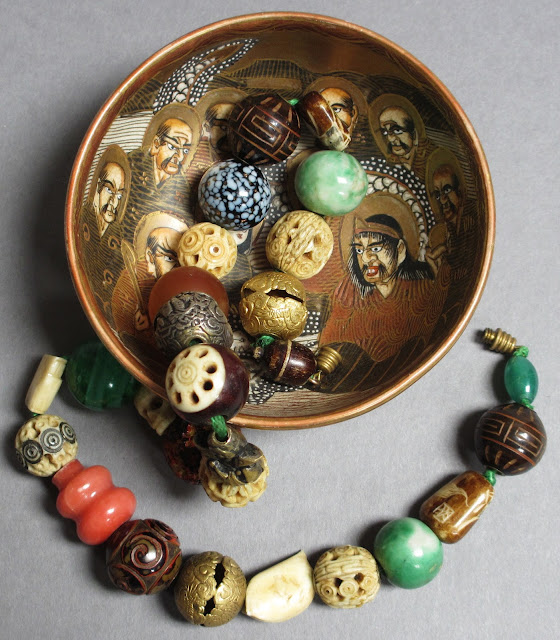 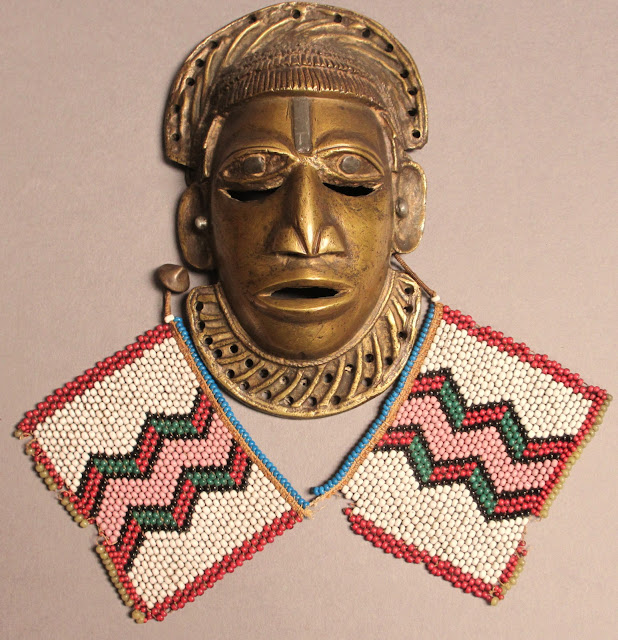 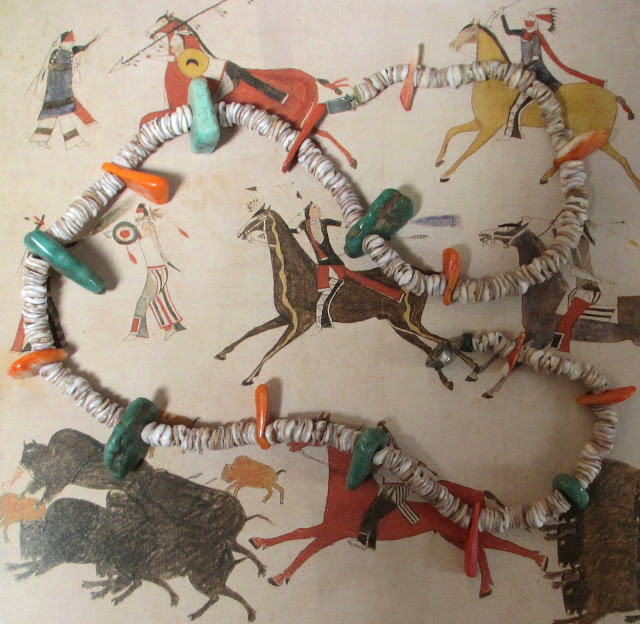 shell and turquoise from North America, 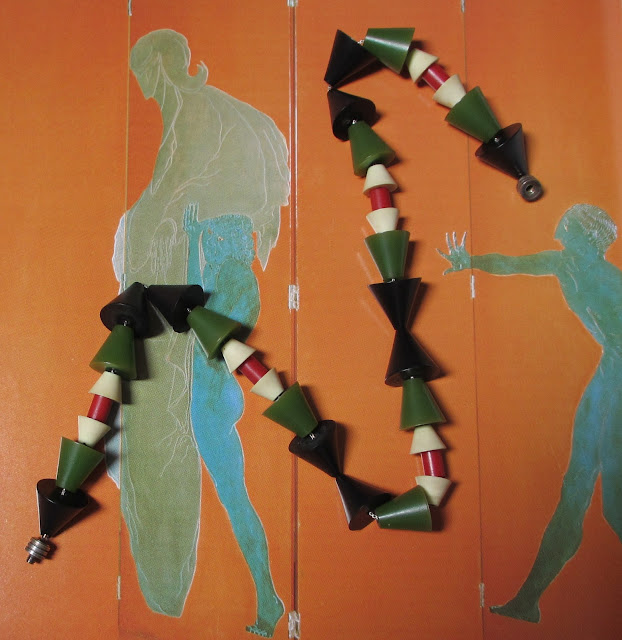 plastic Art Deco beads for a modern young thing in the 1920s. 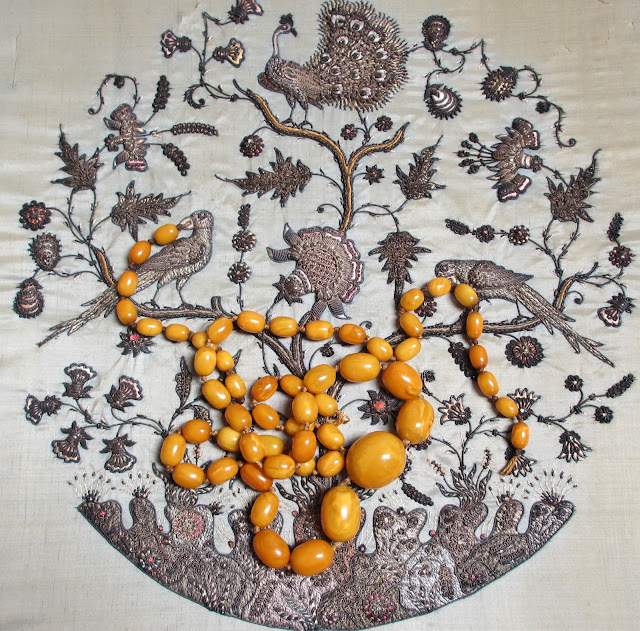 In the 21st century some beads, amber and coral, are bought by weight and not solely for their beauty. 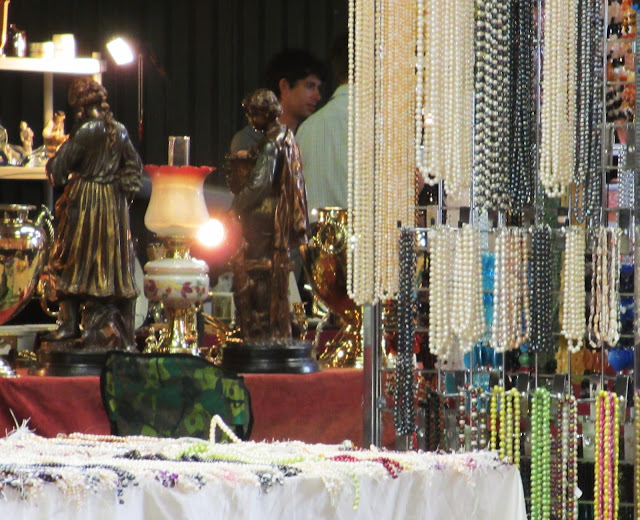 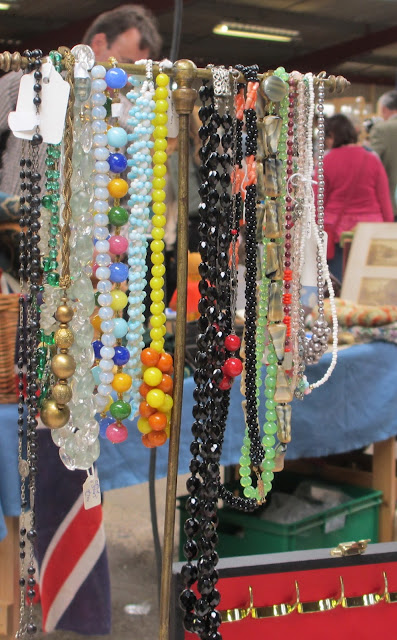 As usual there was plenty to choose from at the Newark fair, and many buyers too. Gentle browsers and keen collectors ... 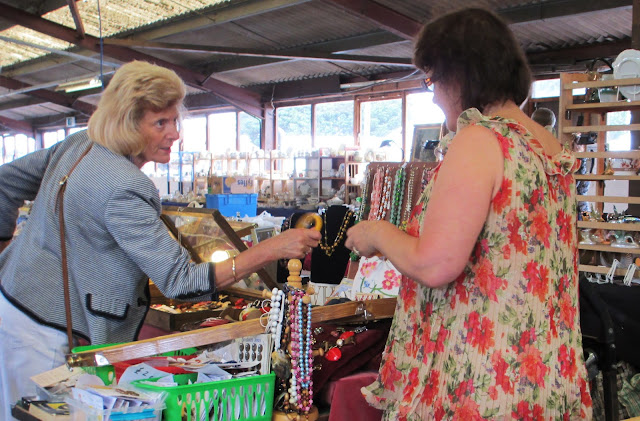 ...I THINK she's saying,"Gimme the beads or else!"