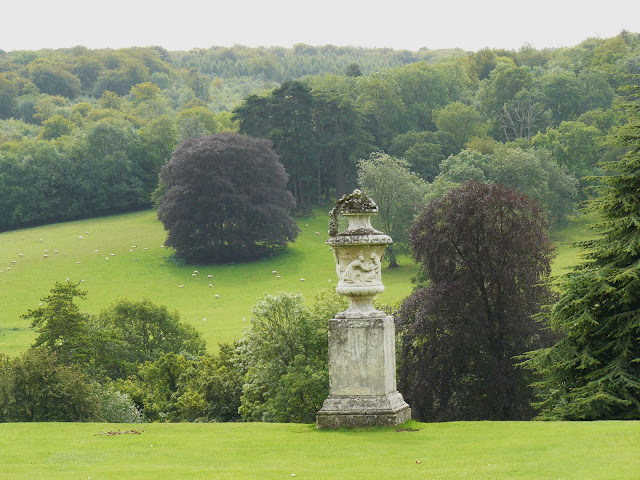 A very dear friend of ours has complained at the lack, on our blog, of scenes from our top-speed whizz up and down the A25 last week. She wants art, antiques and vistas new - so who are we to disappoint her?
Surrey is quite unfamiliar to us and impressed us with its quaint ingenuity! 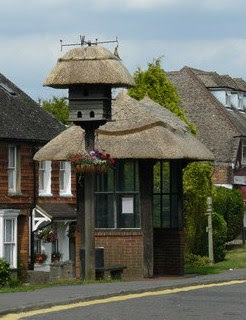 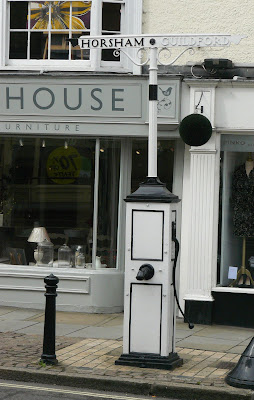 Is it the village pump or is it a signpost, at Dorking? 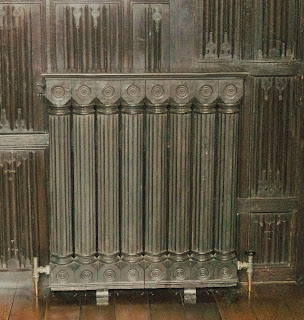 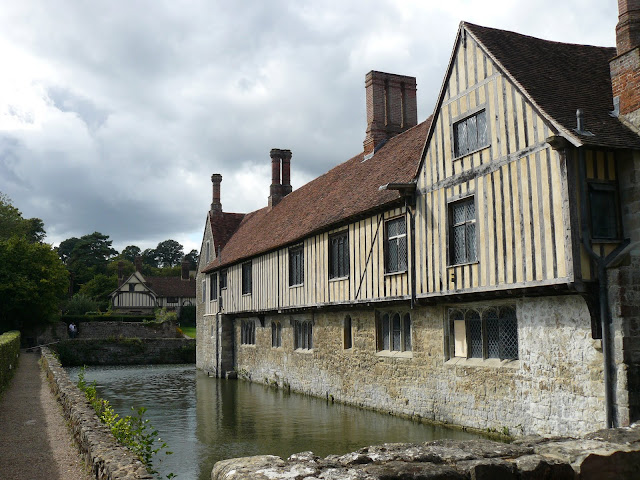 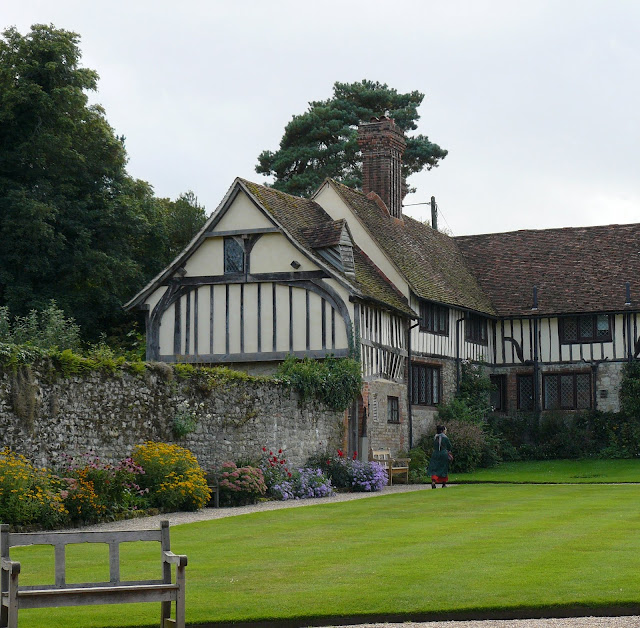 Here, dear friend, is Ightham Mote - strictly speaking this is Kent not Surrey, but still only a hop and a jump from the A25, once a turnpike road, still the link in a chain of some of England's choicest gems. 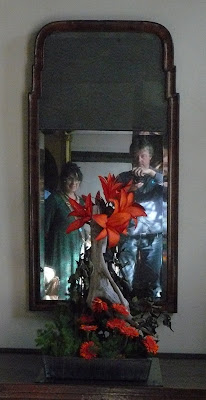 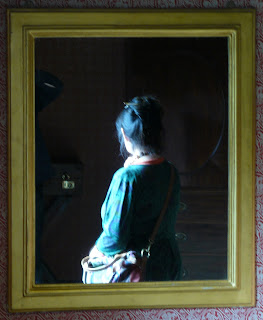 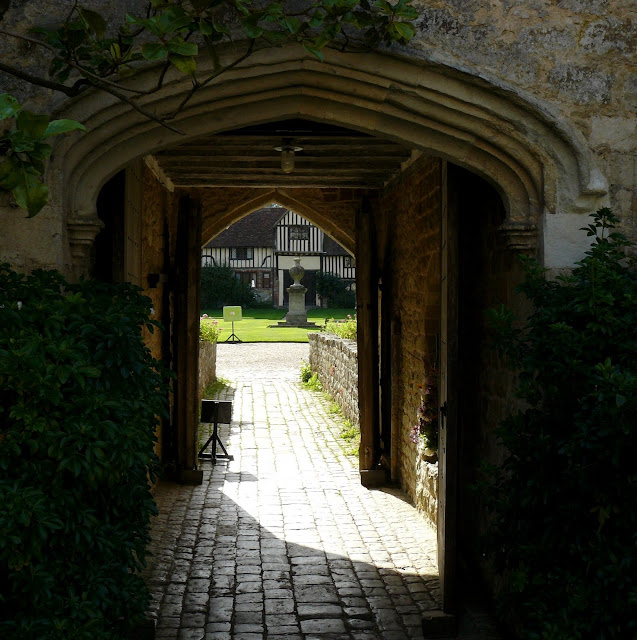 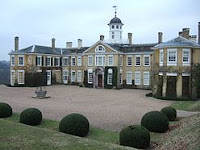 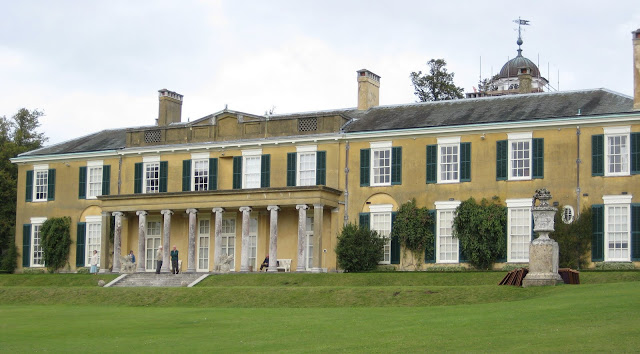 Polesden Lacey is a glittering treasure house, largely created by Lady Margaret Greville, the illigitimate daughter of beer tycoon, William McEwan. She was well-liked by her servants and also a close friend of the notoriously compulsive collector, Queen Mary. However she was described by Harold Nicolson as "a fat slug filled with venom" and by Cecil Beaton as "a galumphing, greedy, snobbish old toad". (The bitches!) 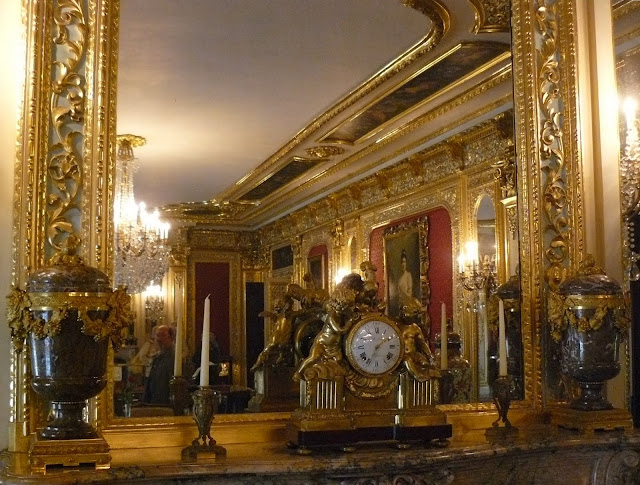 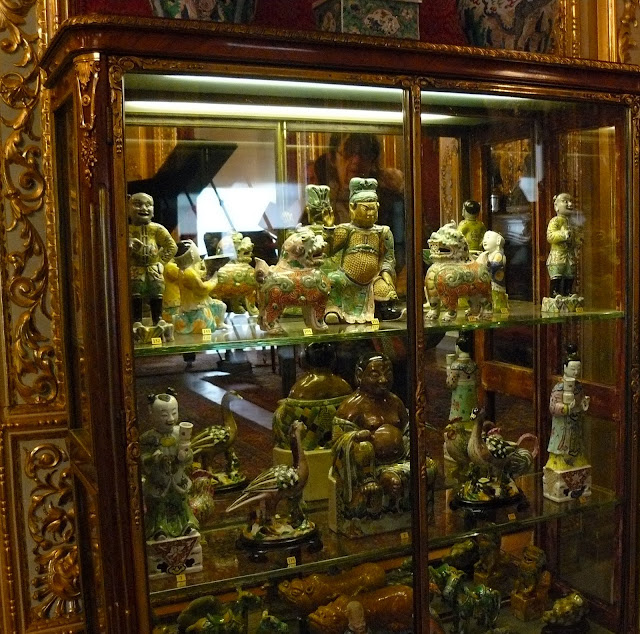 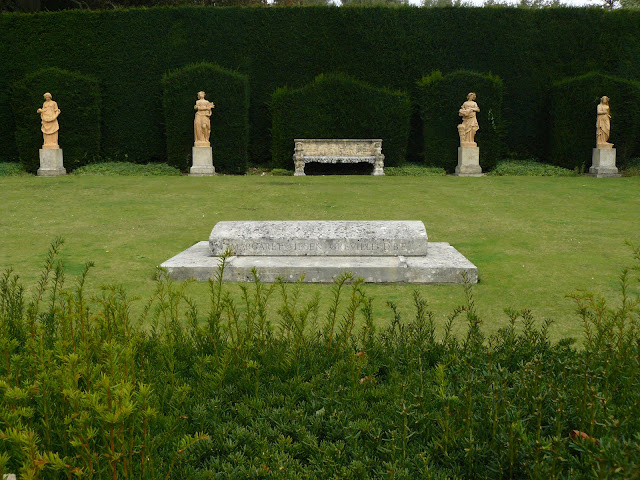 Lady Greville's grave in the garden.
***
THE WATT'S CHAPEL, COMPTON 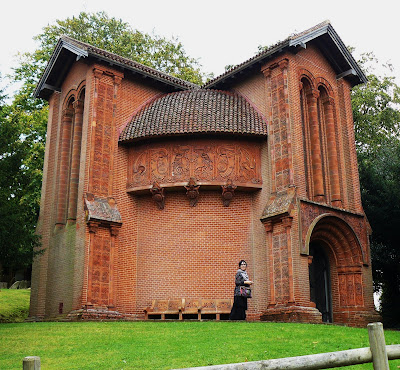 The most precious jewel in this string of Surrey gems is, possibly, Mary Watt's Cemetery Chapel in the village of Compton, near Guildford. It is a magical red terracotta building filled, inside and out, with beauty and symbolism. Mary Watts, wife of the artist G.F. Watts, was the artistic force behind the project and the creator of its rich imagery. Mary began evening classes in pottery for the villagers in the late 19th century and from this the Compton Pottery was created. The villagers worked on the chapel, the outside of which was completed in 1898 and the inside in 1904. The Compton Pottery also produced carved terracotta garden pots and decorative hand-coloured smaller pieces, one of which, a heart-shaped pendant, we own and treasure. 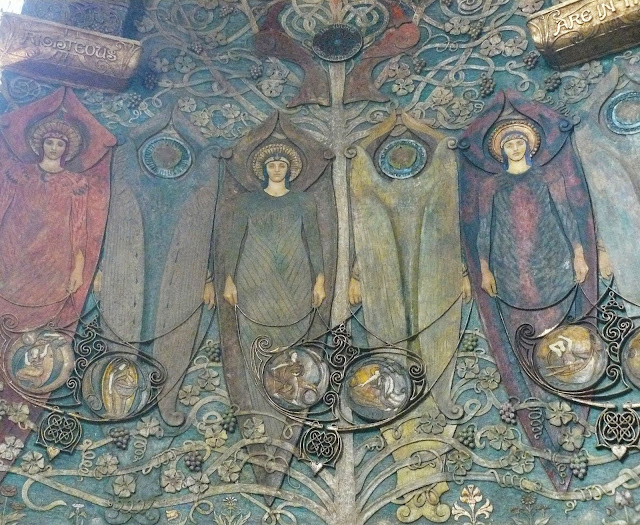 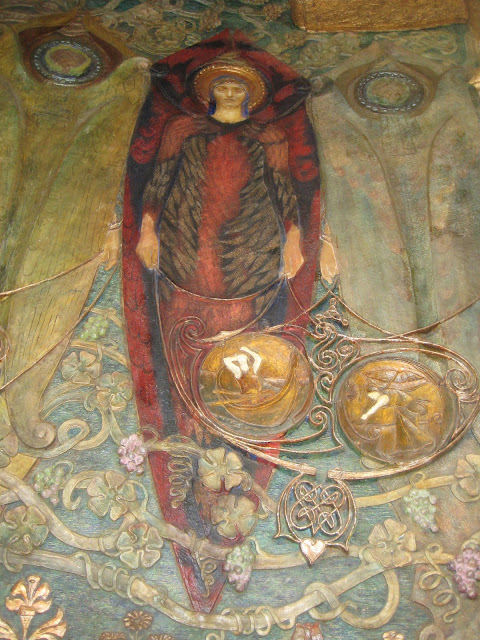 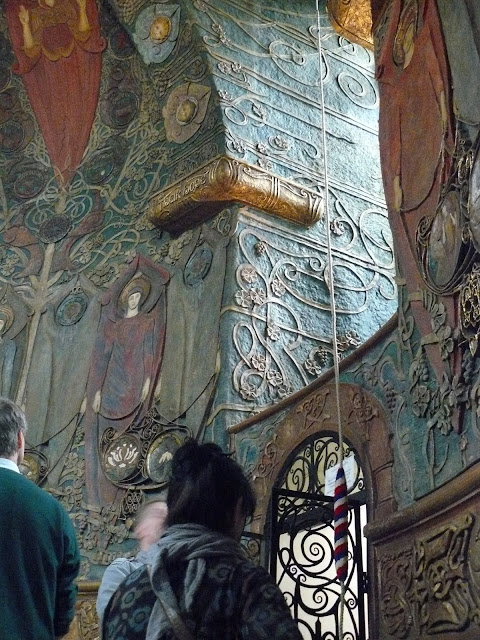 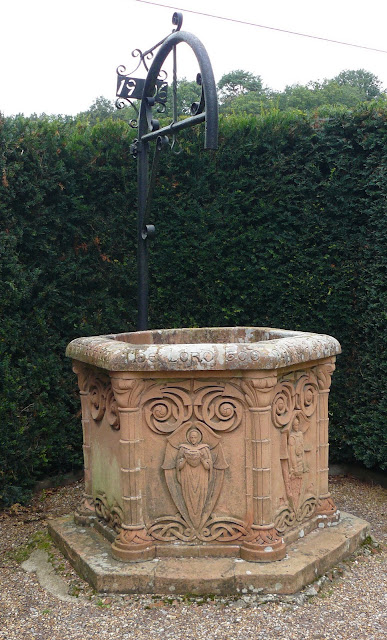 Please may I have one of these? But not yet. 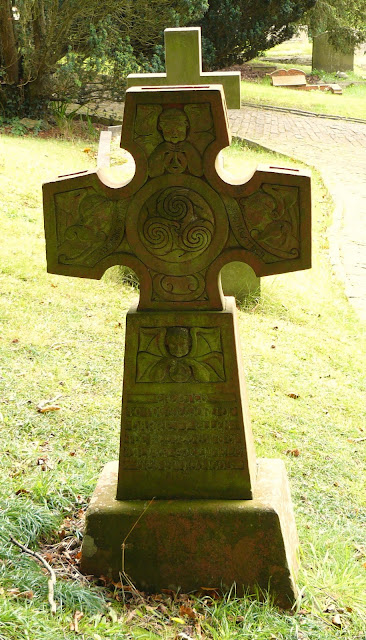 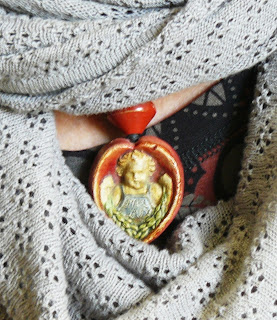 Compton pottery pendant.
***
We also managed a brief visit to the V&A. 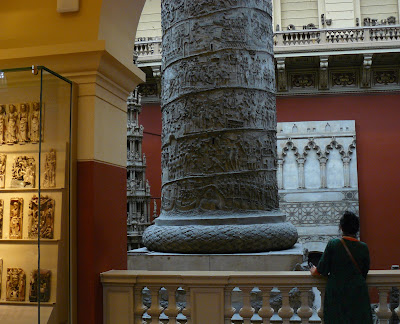 Though our minds and our imaginations were pleasantly stimulated by all the lovely stuff we had seen on this trip, we were a little tired - so we played a game of finding the V&A object which most expressed our (mild) exhaustion. 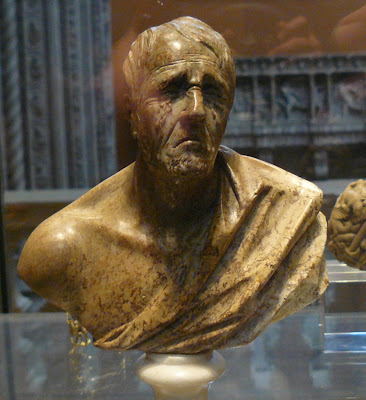