A MAN of MYSTERY REVEALED.

Mr Nilly's grandfather was a glamorous but shadowy figure to us until just a few years ago. His name was Arthur Mardon and he was a member of an Australian brass band that visited Great Britain to play at the British Empire Exhibition in 1924. 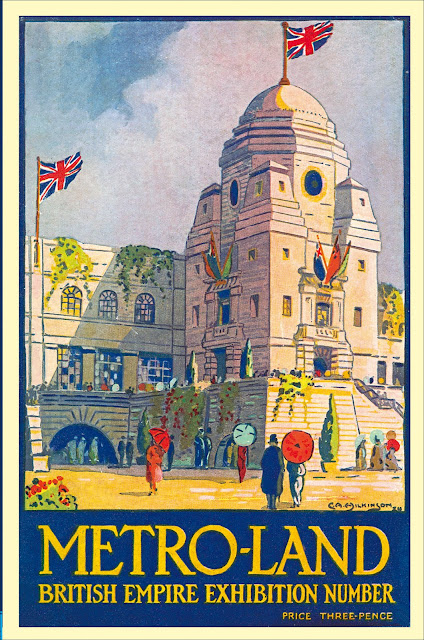 He met and had a brief affair with Mr.N's grandmother, then returned to Australia with the band. Young Arthur was born in 1925 - he knew his father's name (indeed his own given names were Arthur and Mardon) and something of his musical talent and homeland, but no more. Such happenings were NEVER discussed in those days. Two photographs also survived, along with the quietly whispered, shocking rumour that Arthur Snr. was married with a family. 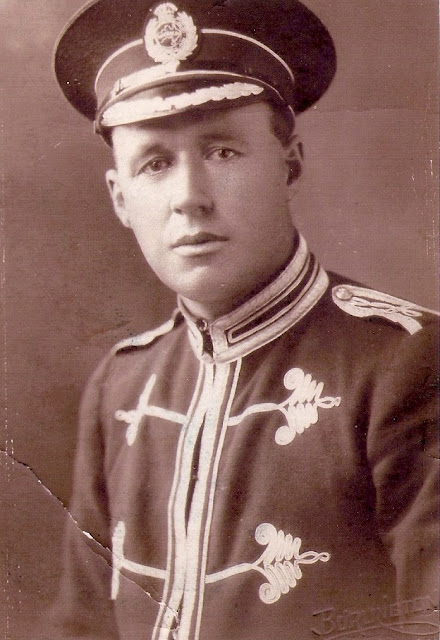 One day, a few years ago, Mr.N took out this photograph and, with his magnifying glass, scrutinised the badge on Arthur's cap. It bore the word "Newcastle". With no more information than those facts already mentioned Mrs.N took up the challenge to "find" Arthur Mardon, doggedly contacting historians, musicians, friends and relations in far-off corners of the globe and following up the flimsiest of clues. It became clear that this antipodean Newcastle was a city in New South Wales and that Arthur was a member of the Newcastle NSW Steelworks Band (and several others over the years). He belonged to a large and talented family whose origins could be traced back to goldsmiths and clockmakers in the West Country, strongly Non-Conformist to a man - not forgetting the seven-times mayor of Bath, Sir Jerom Murch, Arthur's great great uncle. 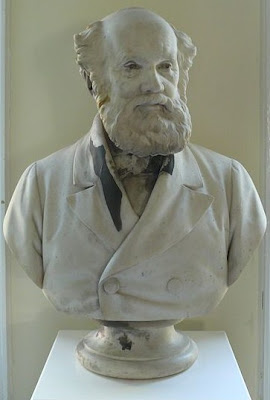 Sir Jerom Murch 1807 - 1895
The story unfolded - photographs were discovered, a book had been published... 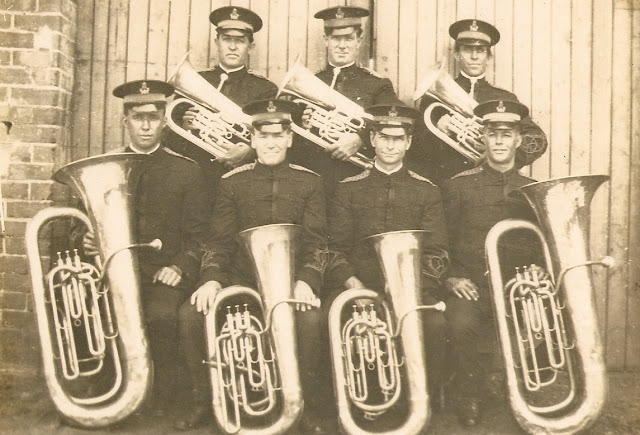 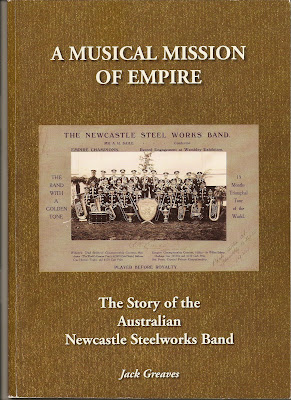 ... and the band's music, recorded in the Aeolian Hall, London in 1924, still reverberates on Youtube today - we recommend that you click on the link above for a rare musical treat.
* 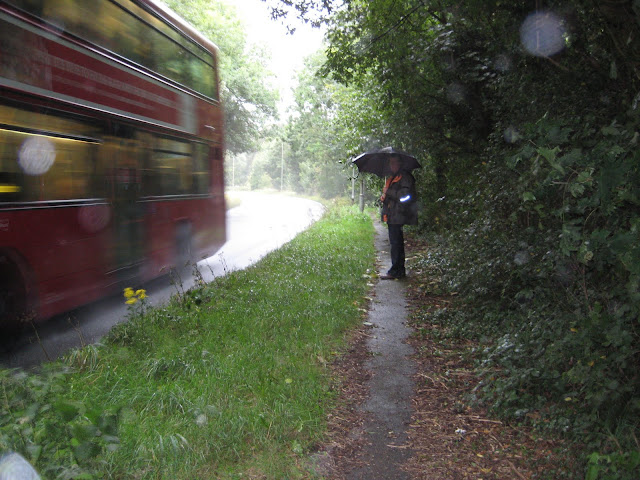 Last week Mr.N and I braved unseasonal weather and Central London, which we have not visited for 25 years, to meet one of Arthur's Australian granddaughters. 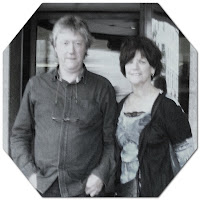 This joyful occasion was crowned by J's kind gift to Mr N. - a small medallion won by Arthur for his prodigious musical excellence in 1928 - which will be proudly treasured and passed on to his future English descendants, along with the story of one family's unique history. 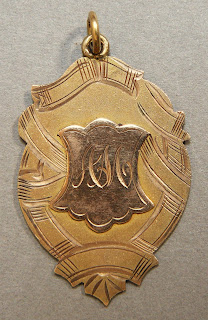 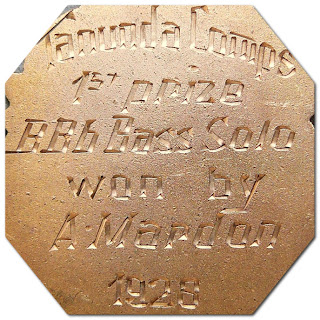 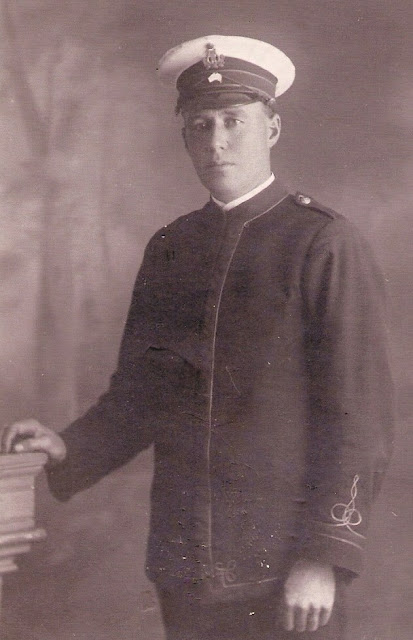 ***
Our antiques on eBay this week have a bit of a male theme - we must have heroes on our minds. 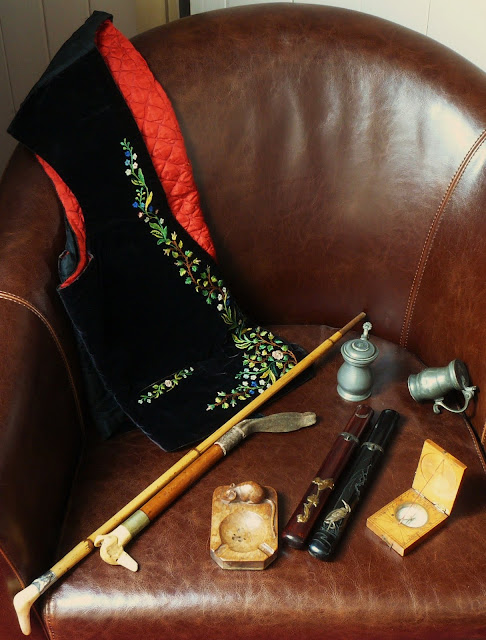