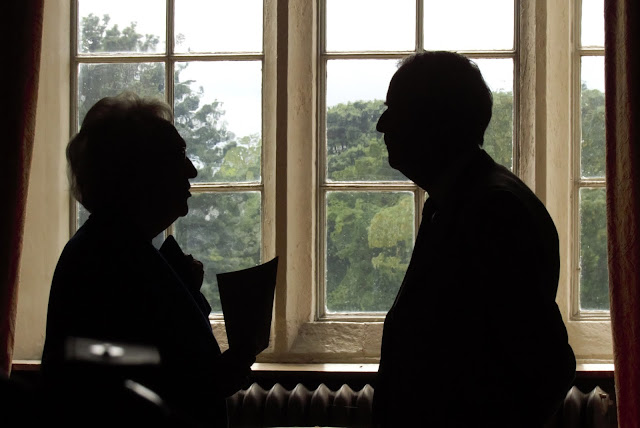 Well, not quite.
This aristocratic profile belongs to Sir James Graham of Norton Conyers House, a slightly crumbling manor house with medieval origins, near Ripon in North Yorkshire and a possible inspiration for Thornfield Hall in Charlotte Bronte's Jane Eyre. 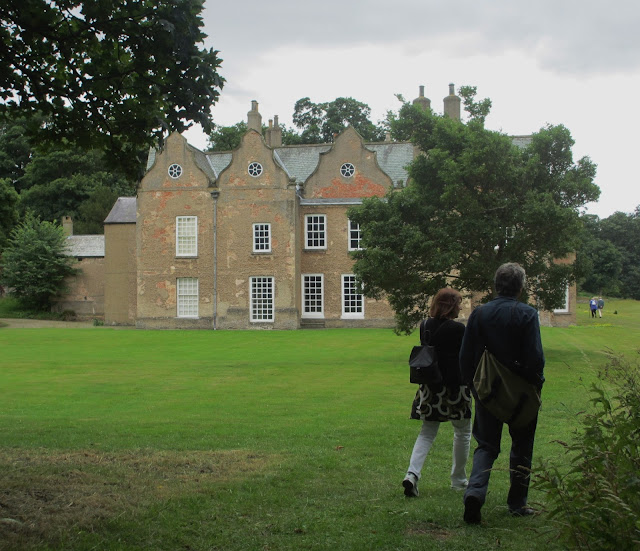 Still striding, not tottering, Mr N and his sister approach the house for an "At Home" with Lord and Lady Graham.

The house had been due to re-open to visitors this year after a long battle with deathwatch beetle. There was also excitement over the discovery of a secret staircase to an attic room, further evidence of the Jane Eyre link and an added attraction for visitors. 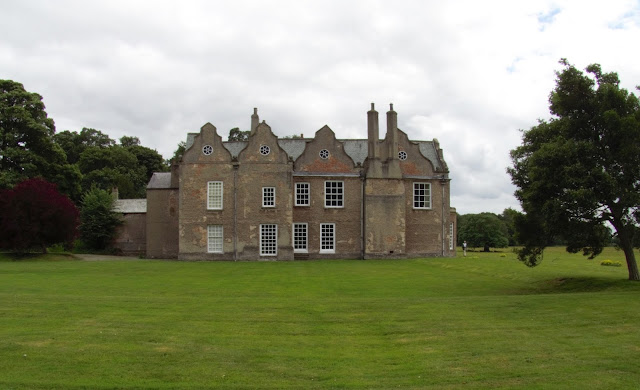 Charlotte Bronte described Thornfield Hall, Mr Rochester's house, as,
"three storeys high, of proportions not vast, though considerable, a gentleman's house, not a nobleman's seat." Not unlike the house we were visiting.
She was told the story of the Norton Conyers' "madwoman" who had been kept locked in an attic 60 years earlier, a tale also well-known to Sir James who grew up in the house. While it was thought that this story might have been the inspiration for Rochester's tragic wife Bertha, Charlotte's Thornfield had a secret staircase to Bertha's prison while none was known to exist at Norton Conyers until... 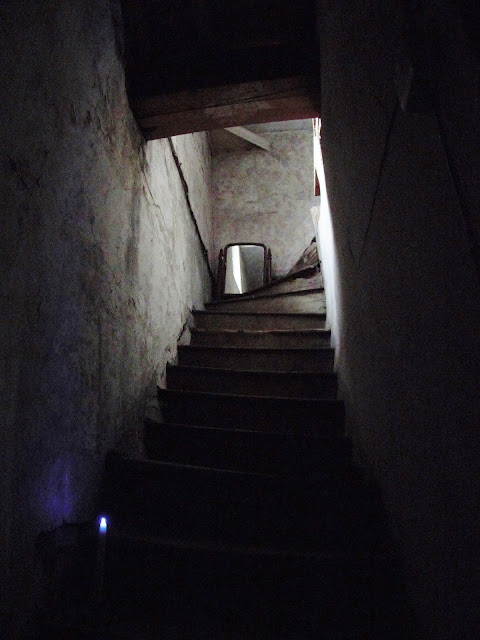 ...in 2004 restoration work led to the lifting of floorboards in the attic and the discovery of dusty stairs down from the attic to a hidden doorway on the first floor landing. This entrance had been concealed in Victorian panelling which was installed between the years 1862 to 1882 when the house, along with the knowledge of the existence of the staircase, was lost to the Graham family through debt. 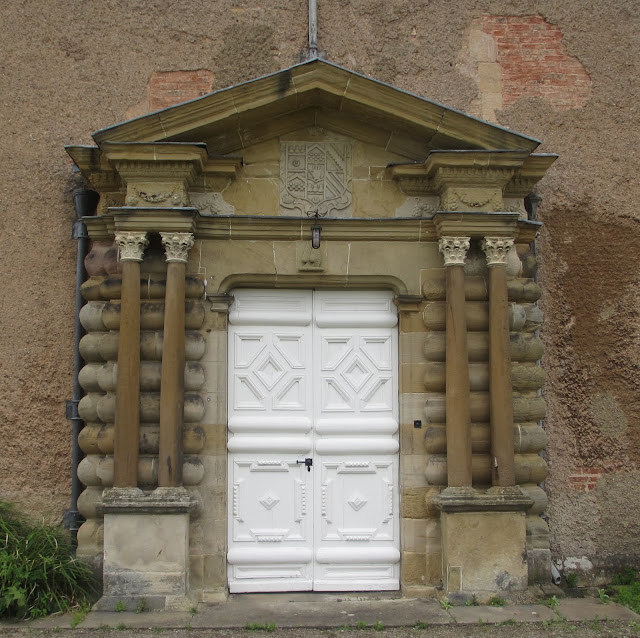 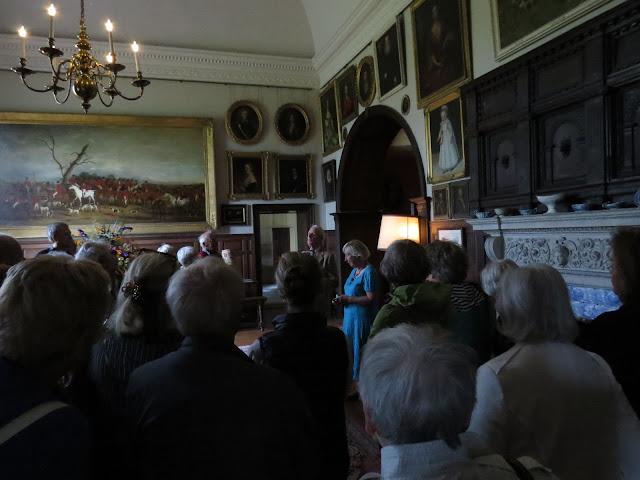 In a room full to bursting with antiques we met the charming incumbents, Sir James and Lady Halina Graham, who introduced us to their history and their home. Sadly, the discovery of another deathwatch beetle infestation means that the house cannot open as often this year as had been planned, but please do watch this space. 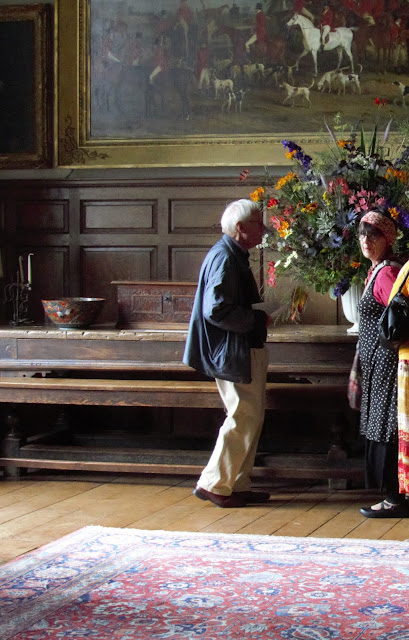 We were then let loose in the house and photography was allowed! 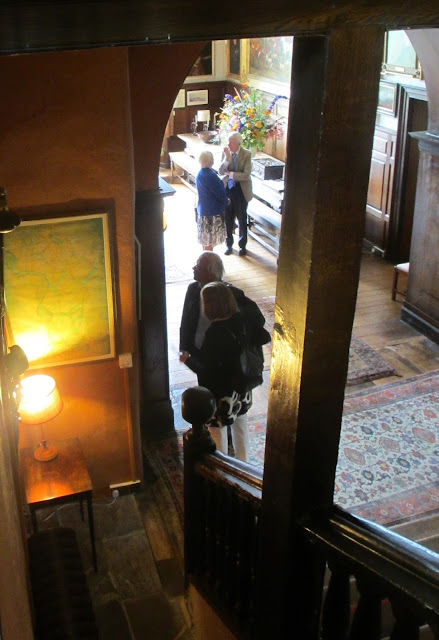 "That is very similar to ours, dear." 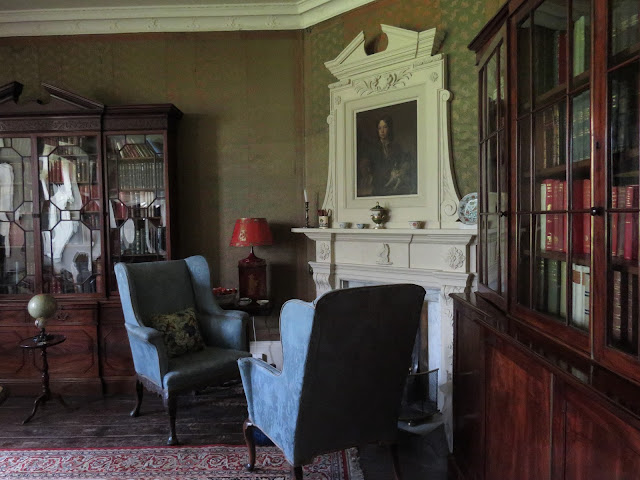 This room has Chinese silk on its walls. 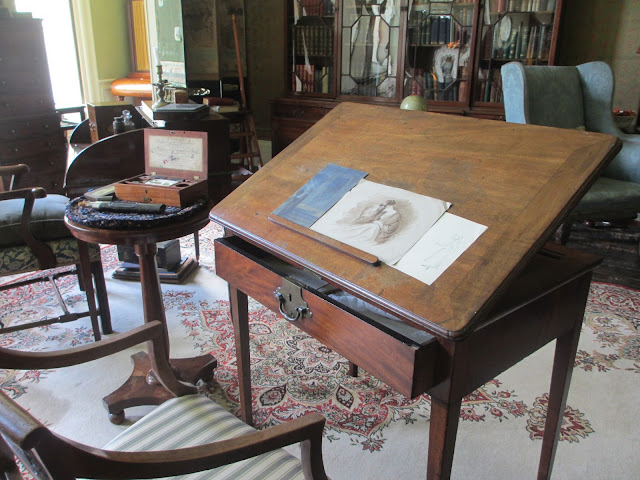 We wondered if Charlotte had ever sat at this desk? 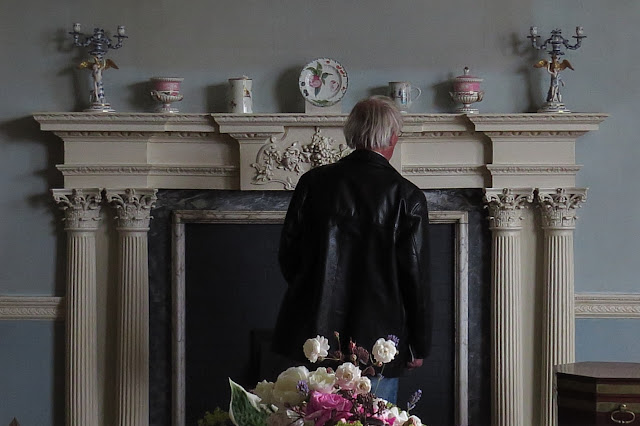 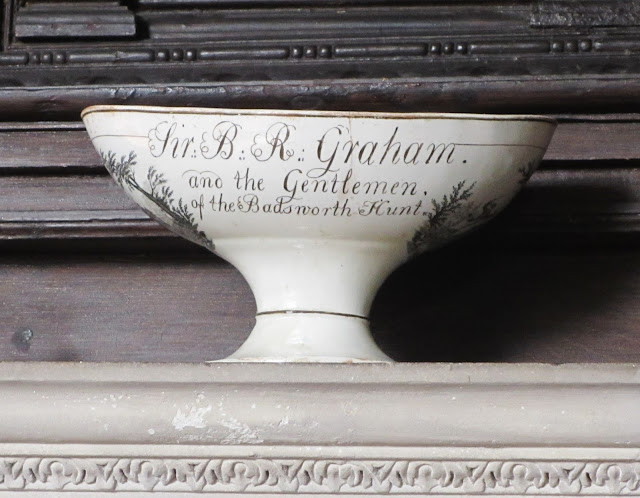 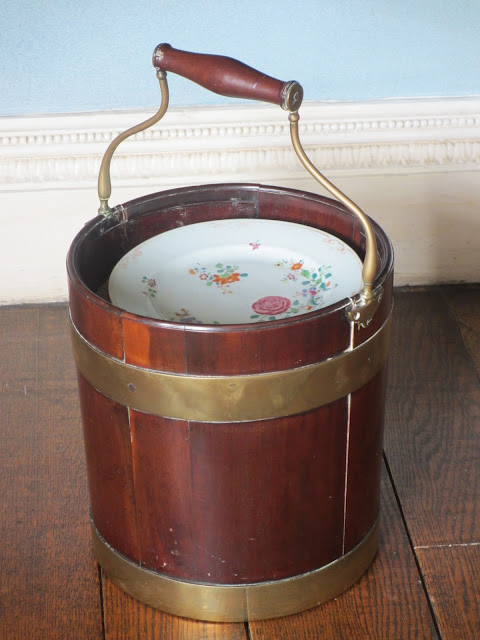 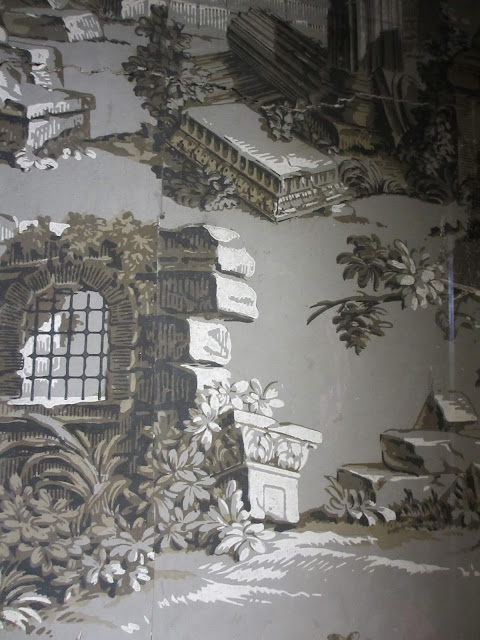 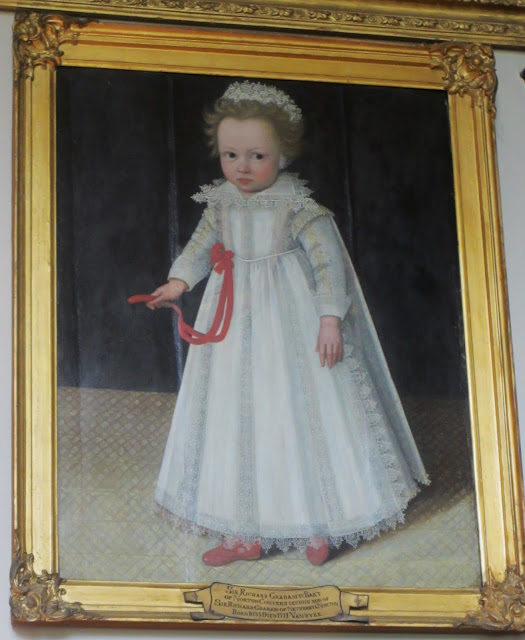 My favourite painting was of Sir Richard Graham, 1st Baronet, 1636 - 1711, as a small boy wearing a dress. The letter below was written to his father when he was 7, in 1643. I was surprised to find he had written to "Dear Daddy"! 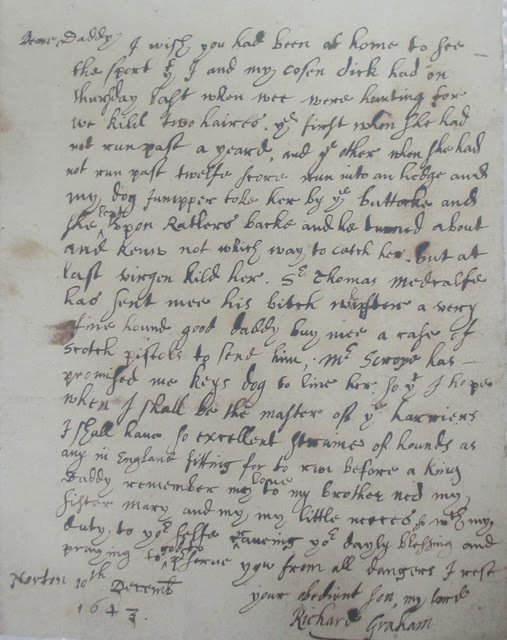 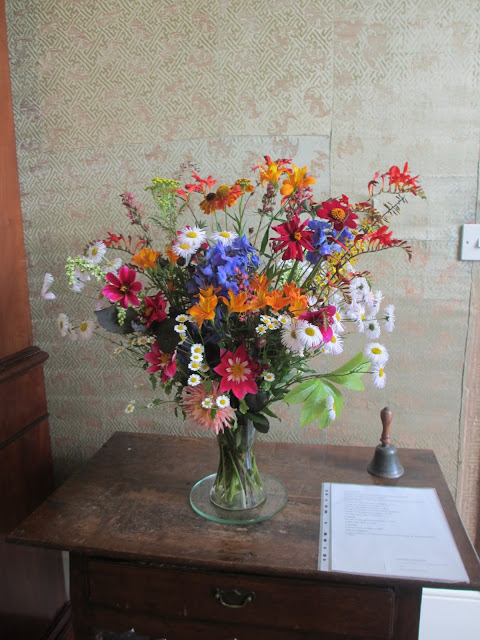 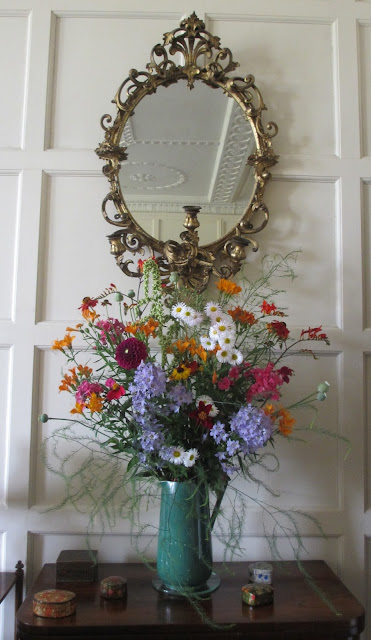 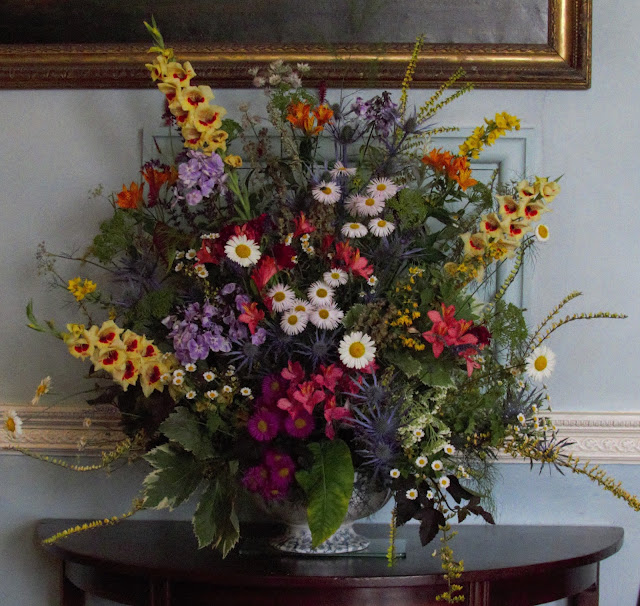 The house was full of beautiful, traditional flower arrangements, all very Constance Spry. The flowers were freshly gathered from Norton Conyers' pretty walled gardens. It is free to wander or to purchase plants on several days each week. 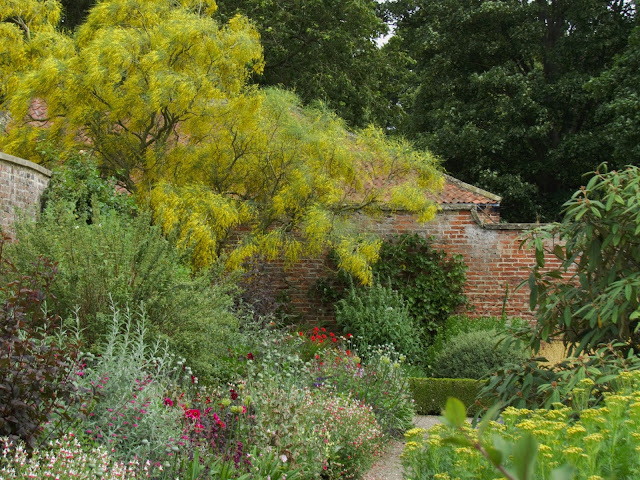 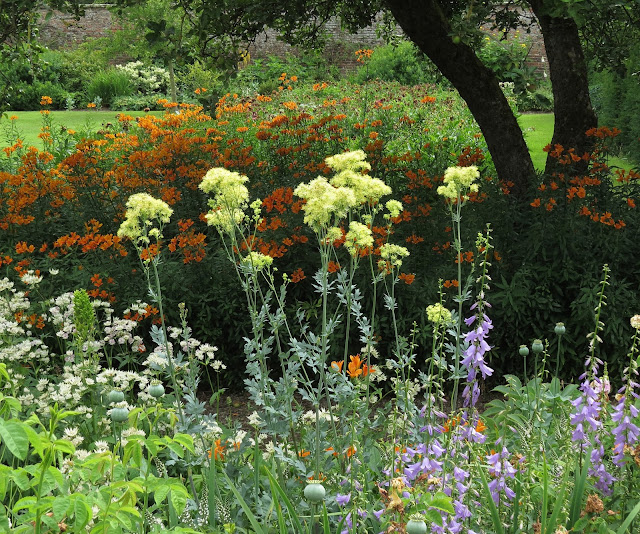 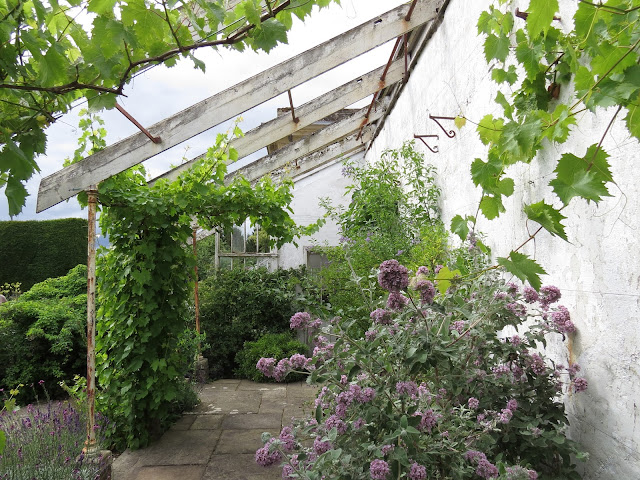 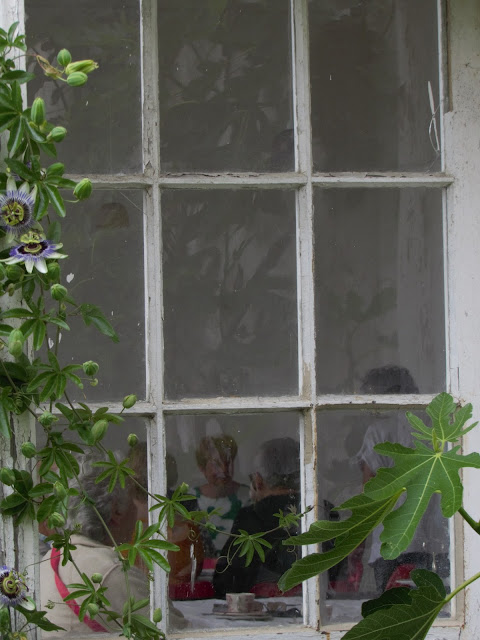 Tea in the orangerie.
Norton Conyers seemed to me to be a house full of warmth, affection and romance, albeit with a few crumbling corners, flaking surfaces and fading gloss - like the rest of us.
I dreamed that night of Mr Rochester and Jane Eyre.
"Come to me - come to me entirely now", said he; and added in his deepest tone, speaking in my ear as his cheek was laid on mine, "Make my happiness - I will make yours."
From Jane Eyre by Charlotte Bronte.
Sigh.
***