HOW BIG HOW BLUE HOW BEAUTIFUL... 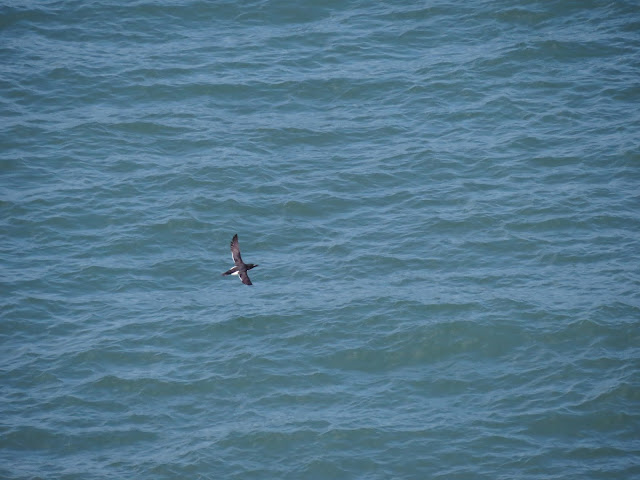 ...as Florence would say.
Whenever we need a quick escape, we usually find ourselves heading South and East, to that slightly neglected bit of Yorkshire where even the place-names are a bit odd and arcane; Buttercrambe, Wetwang, Thwing and Kelk (Little and Great). Almost exactly a year ago we ran away to Burton Constable Hall, trying to forget about how everyone else was obsessing about bikes. Last week the heat in Middle Yorkshire was the problem, 29 Celcius in our village - but much less at Bridlington. 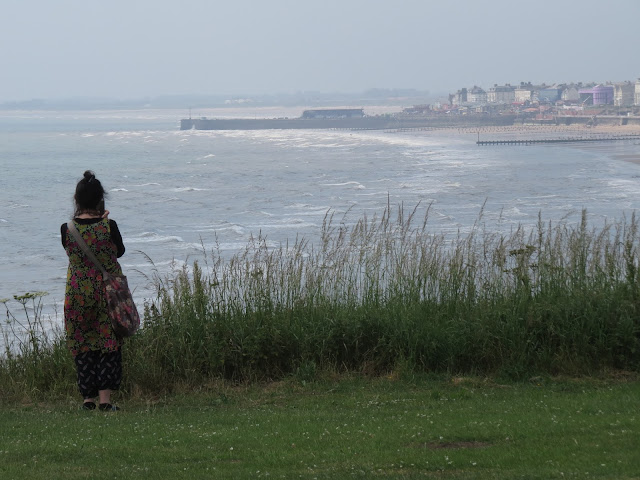 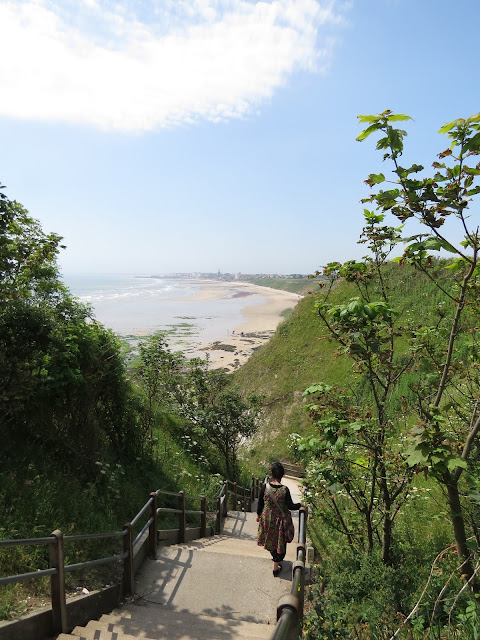 The beach at Brid was cool enough, at 19 degrees, for a brisk walk 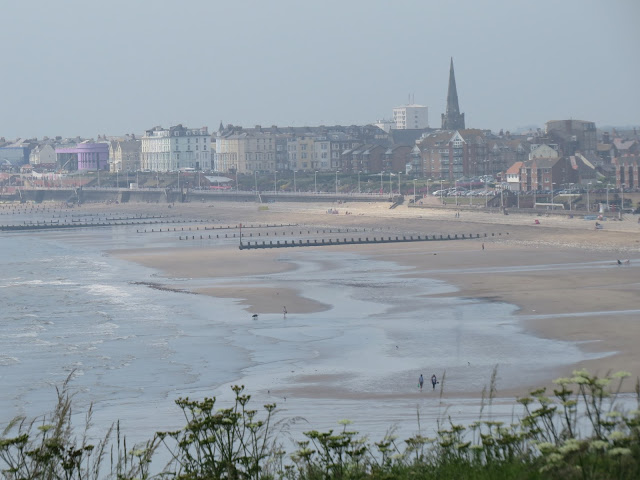 or even a run! 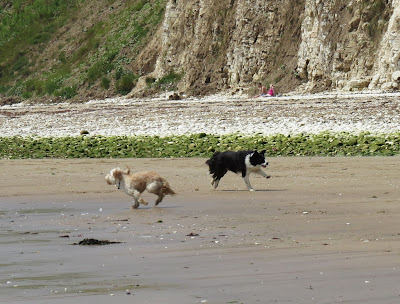 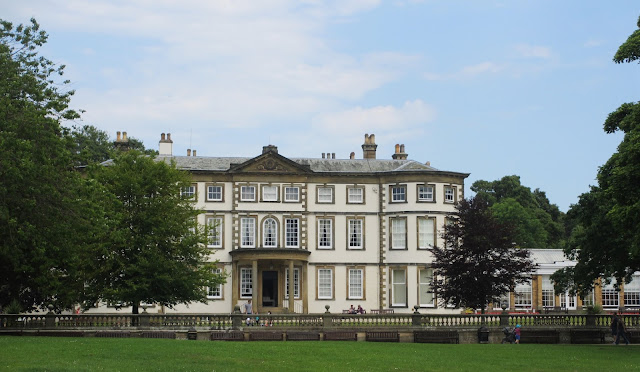 Perched on the cliff-top is Sewerby Hall, tasteful and elegant, inside and out. 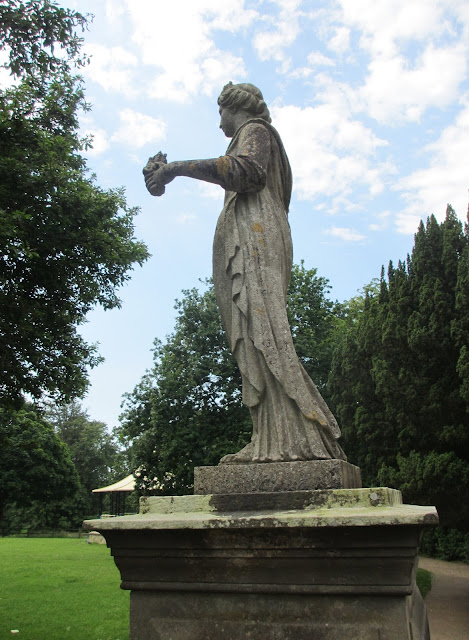 Recent refurbishment has involved loans of late Victorian furniture from the V&A Museum and quite a lot of Farrow & Ball colour combinations. It used to look like this, but inside these days it is a lot less cluttered and strictly "No Photography". 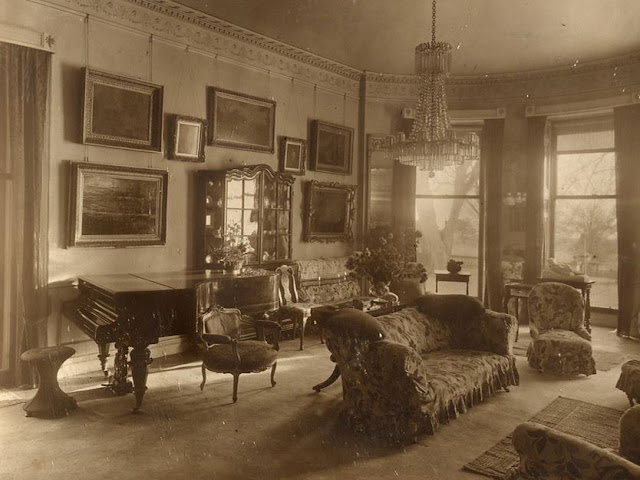 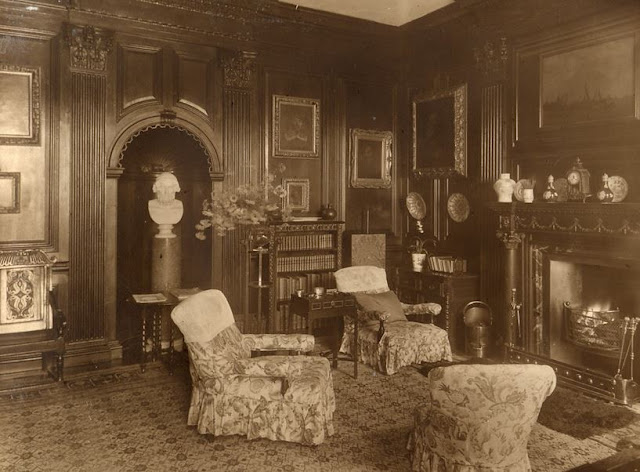 Four miles on up the coast we arrived, at last, at Flamborough Head. 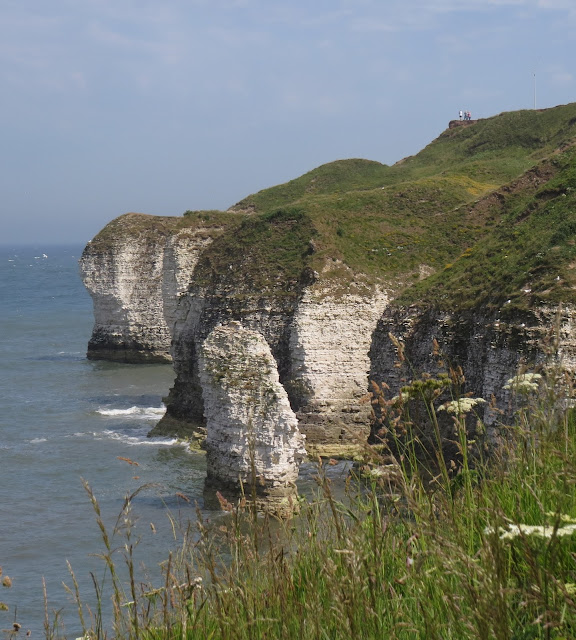 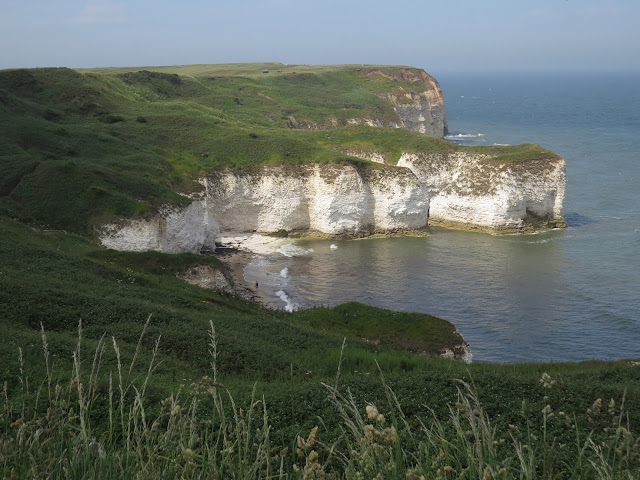 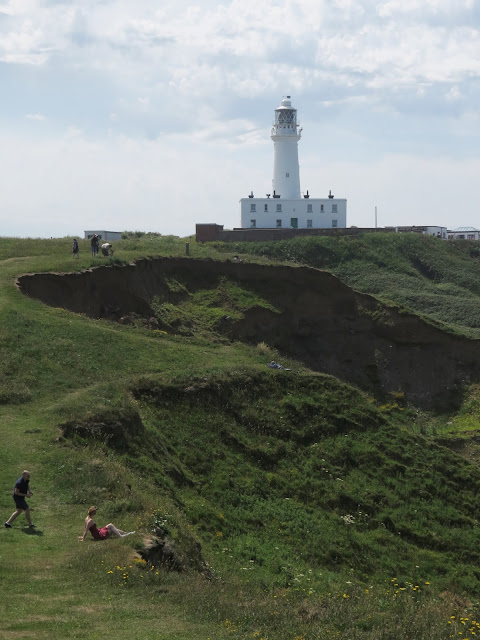 Flamborough's wonderful Georgian lighthouse was built in 1806 after the loss of 174 ships off this coast during the previous 25 years. Its enclosed lamp has shone over the sea ever since. 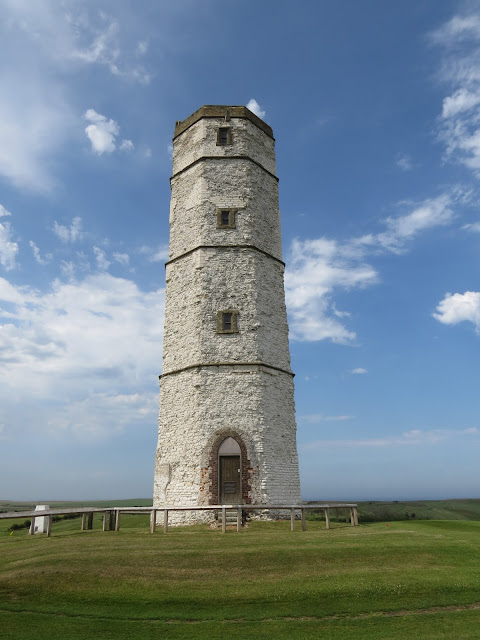 This earlier lighthouse, built from chalk blocks, dates from 1673. 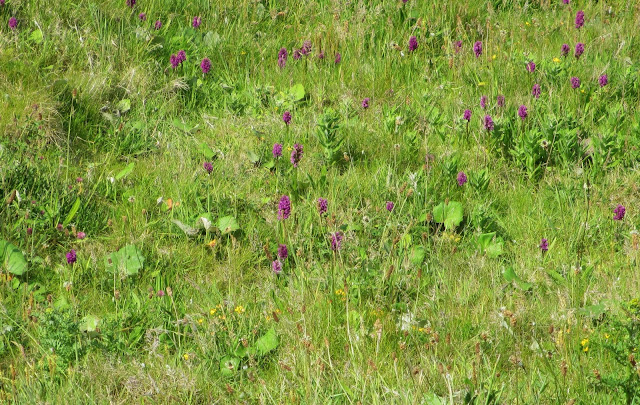 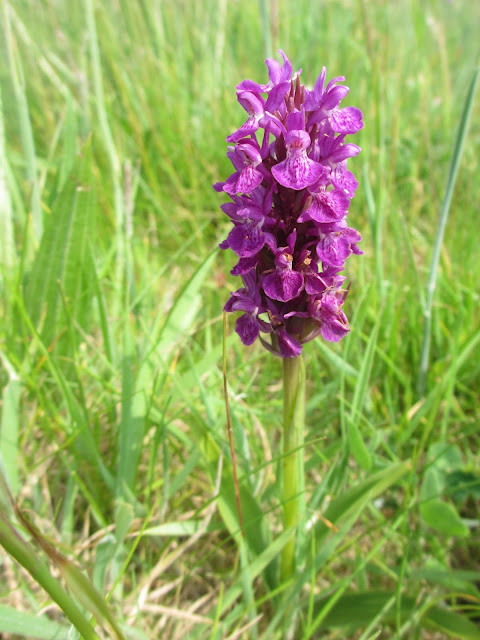 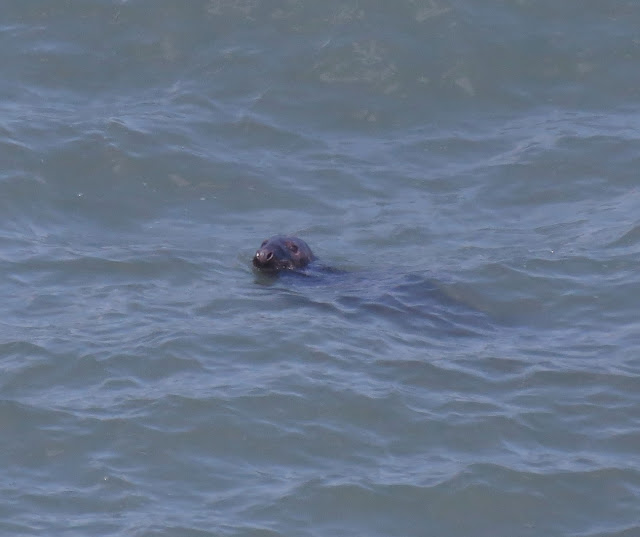 and, in the sea, other creatures, besides us, recaptured their cool.
***
Posted by nilly at 16:12