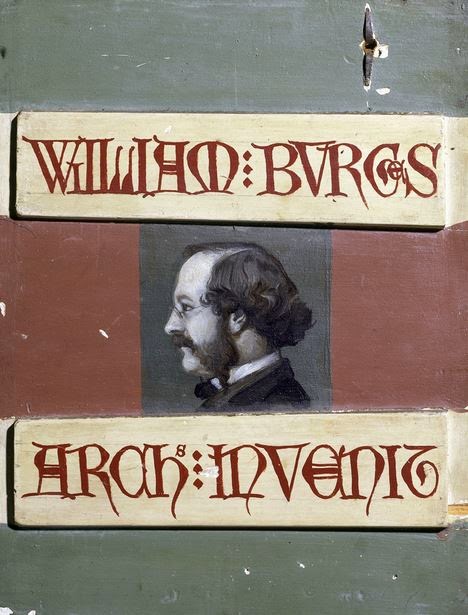 who designs lovely things...
These were the words of Lady Bute, wife of his patron, upon the untimely death of William Burges, architect, designer, passionate Gothicist and imaginative imp. Burges was staying with the Marquis and Marchioness of Bute when he caught a chill from which he died, aged 53, in 1881. My enthusiasm for his work has been growing over the past few years, as we encounter his fantastic creations on our travels round the UK. Mr N kindly presented me with a giant book about him for Christmas too - that's Castell Coch, near Cardiff, on the cover. 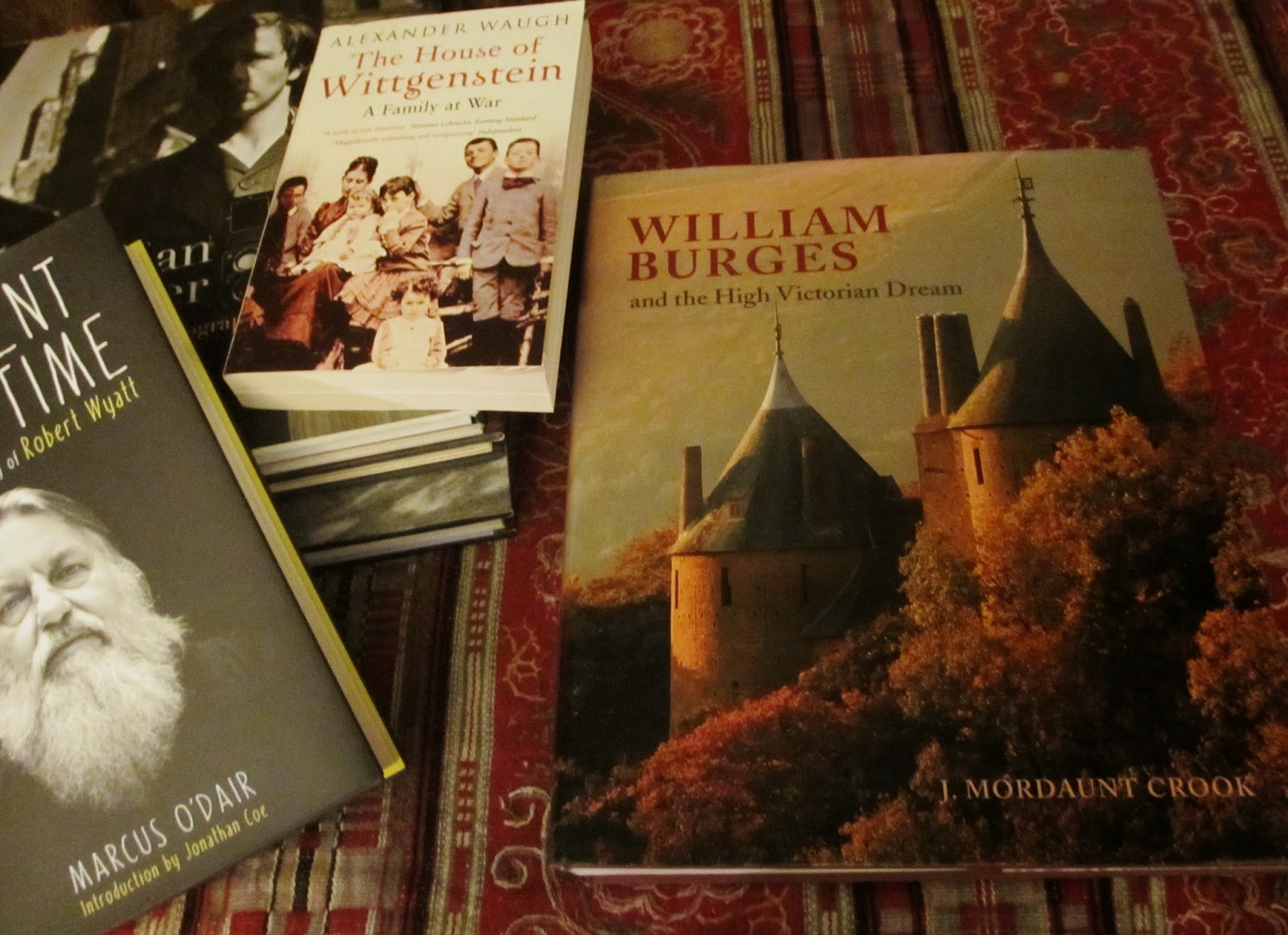 Knightshayes Court, near Tiverton in Devon, is another of his buildings, now owned by the National Trust - we visited two years ago. 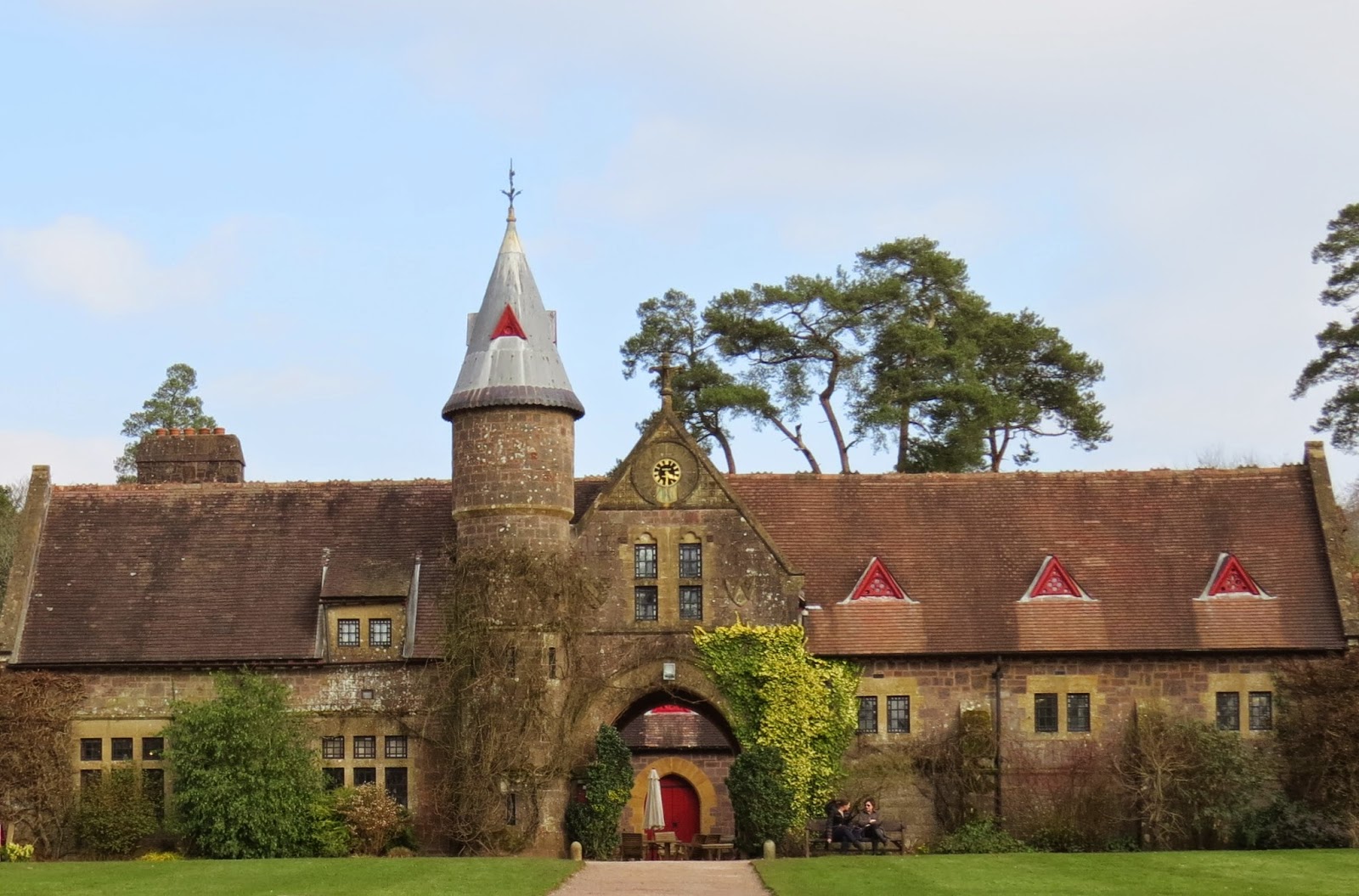 The stable buildings at Knightshayes. 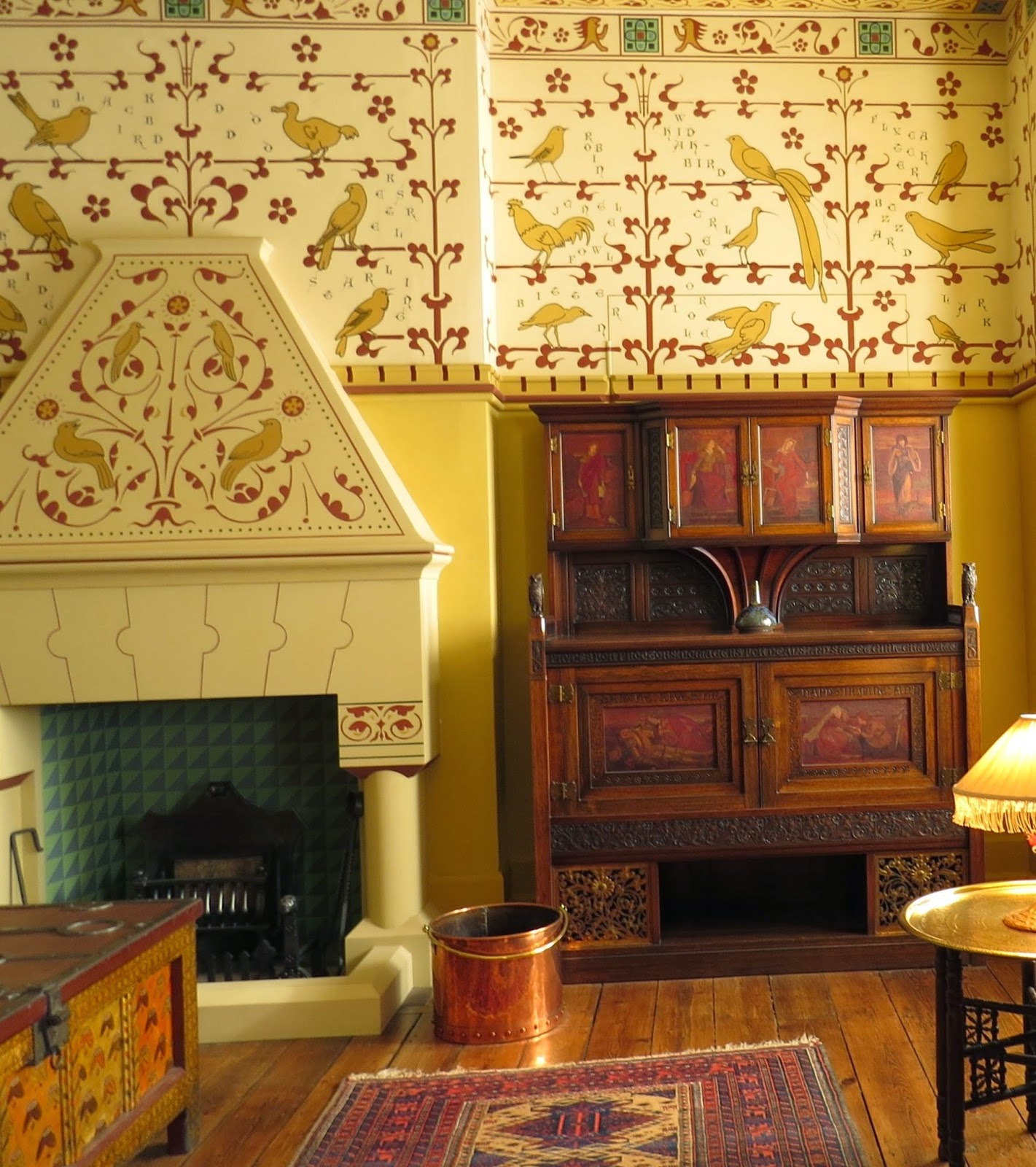 Burges applied his love of Medieval style and decoration to walls, furniture 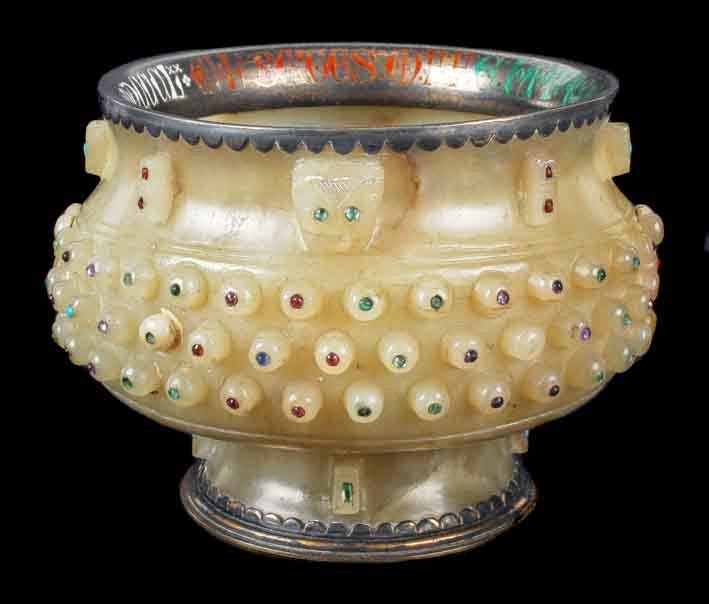 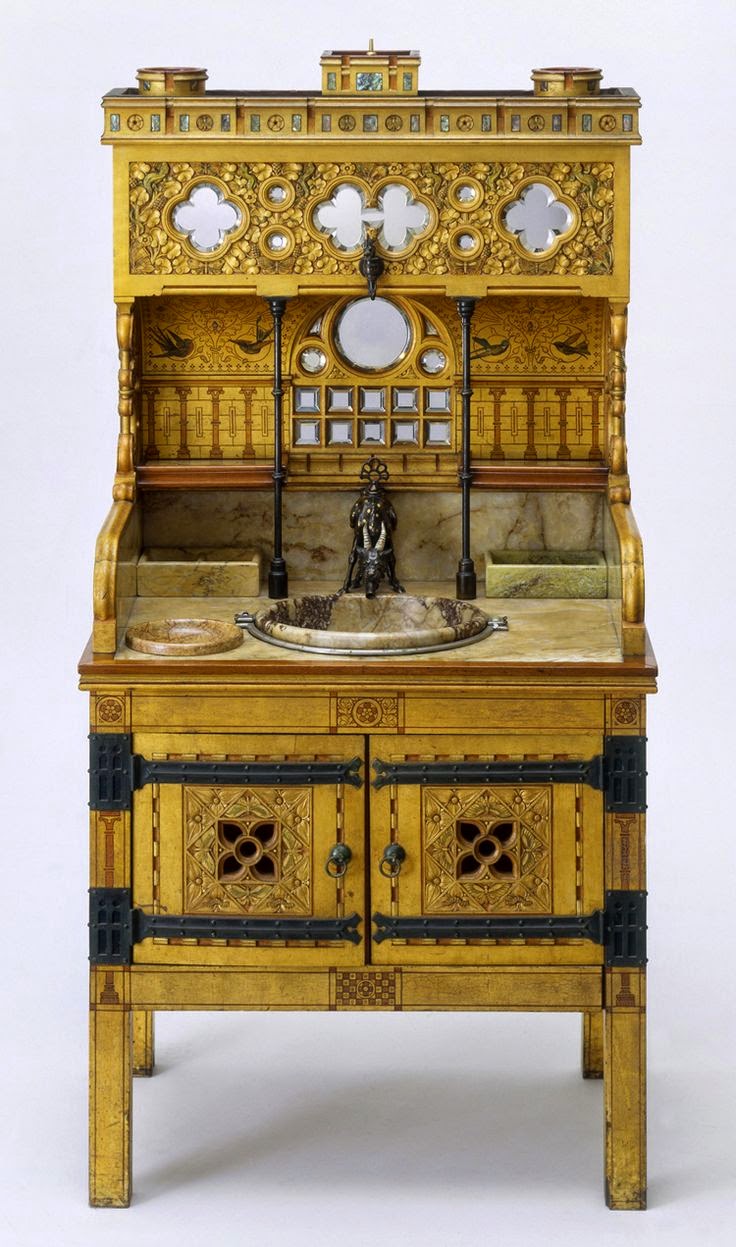 To see a film of this wonderful washstand in use, click on the link. The marble bowl is inlaid with silver fish, which seem to swim when it is filled with water. 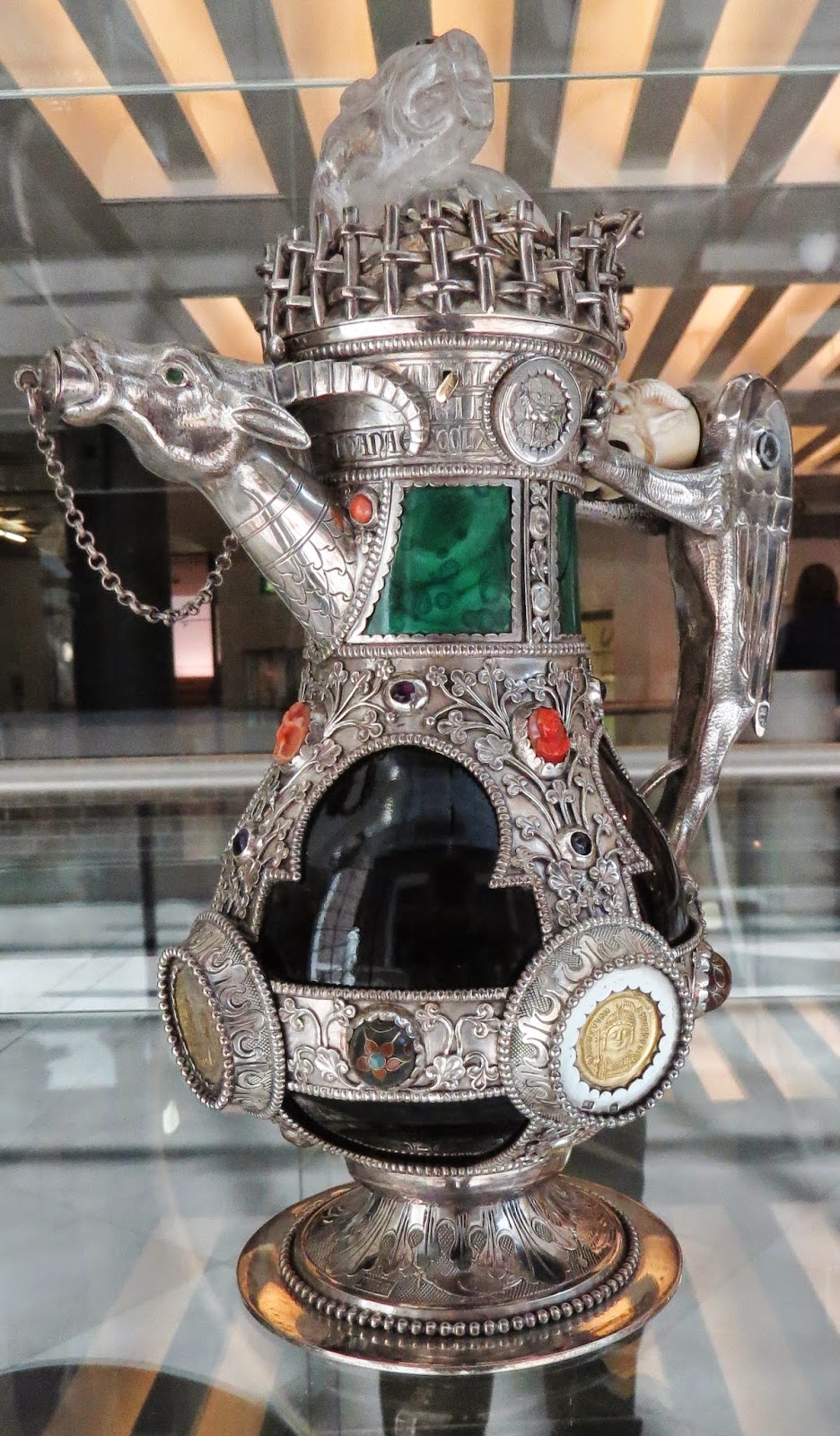 This decanter in the form of a Gothic jug or ewer has elaborate silver mounts featuring plants and animals, typical of Burges and resembling the gargoyles and grotesque carvings found on medieval churches. He often incorporated genuine antique treasures into these elaborate designs, for example, this piece has a Chinese jade lion on its lid, with coral cameos and Eastern coins  decorating the mounts. We saw it in the Fitzwilliam Museum in Cambridge, last year.
We are very lucky to live very near to two beautiful churches designed and decorated by Burges. 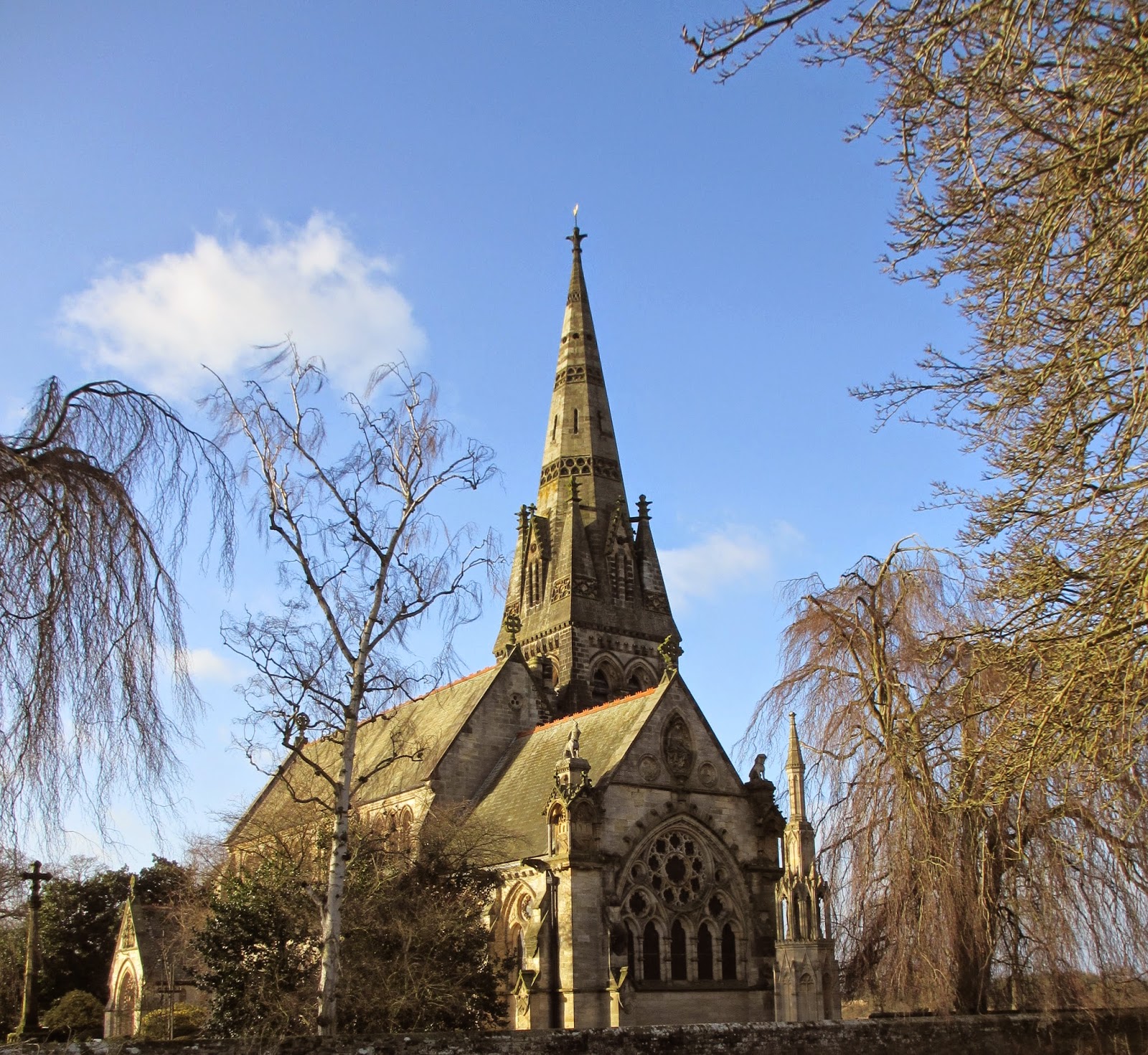 Christ the Consoler in the grounds of Newby Hall at Skelton-on-Ure. 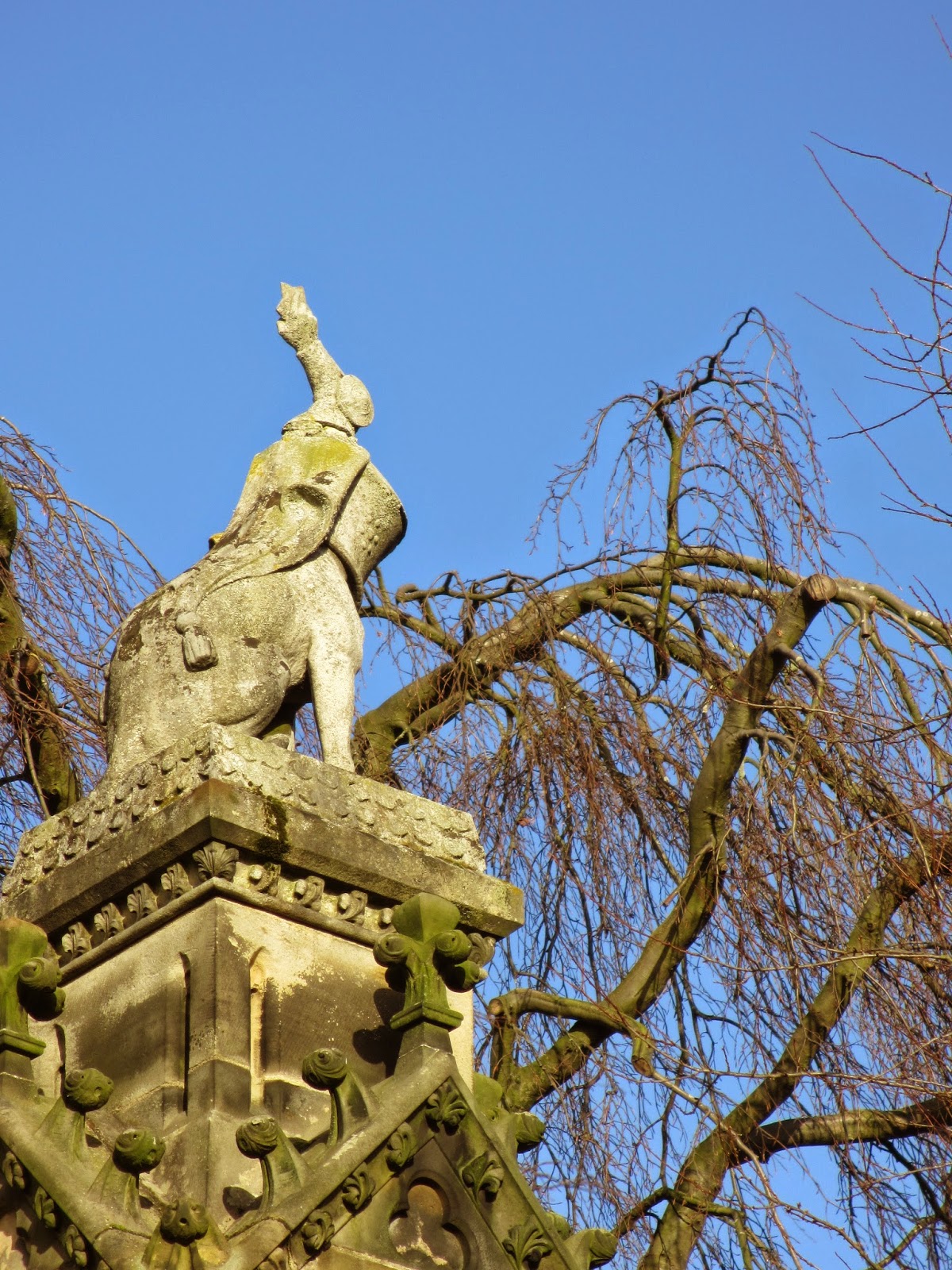 The buildings delight the eye from a distance and become even more interesting when examined closely. 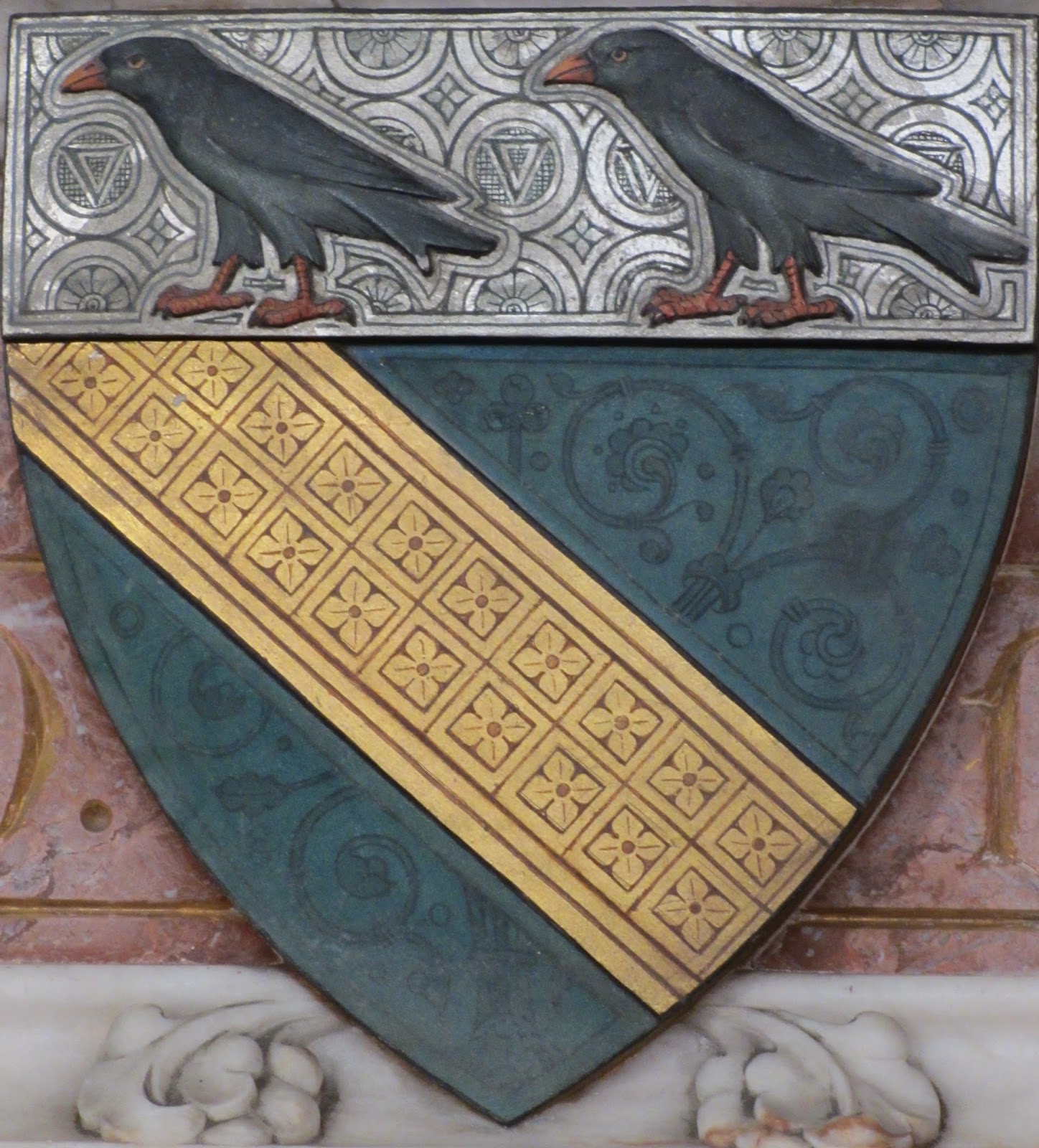 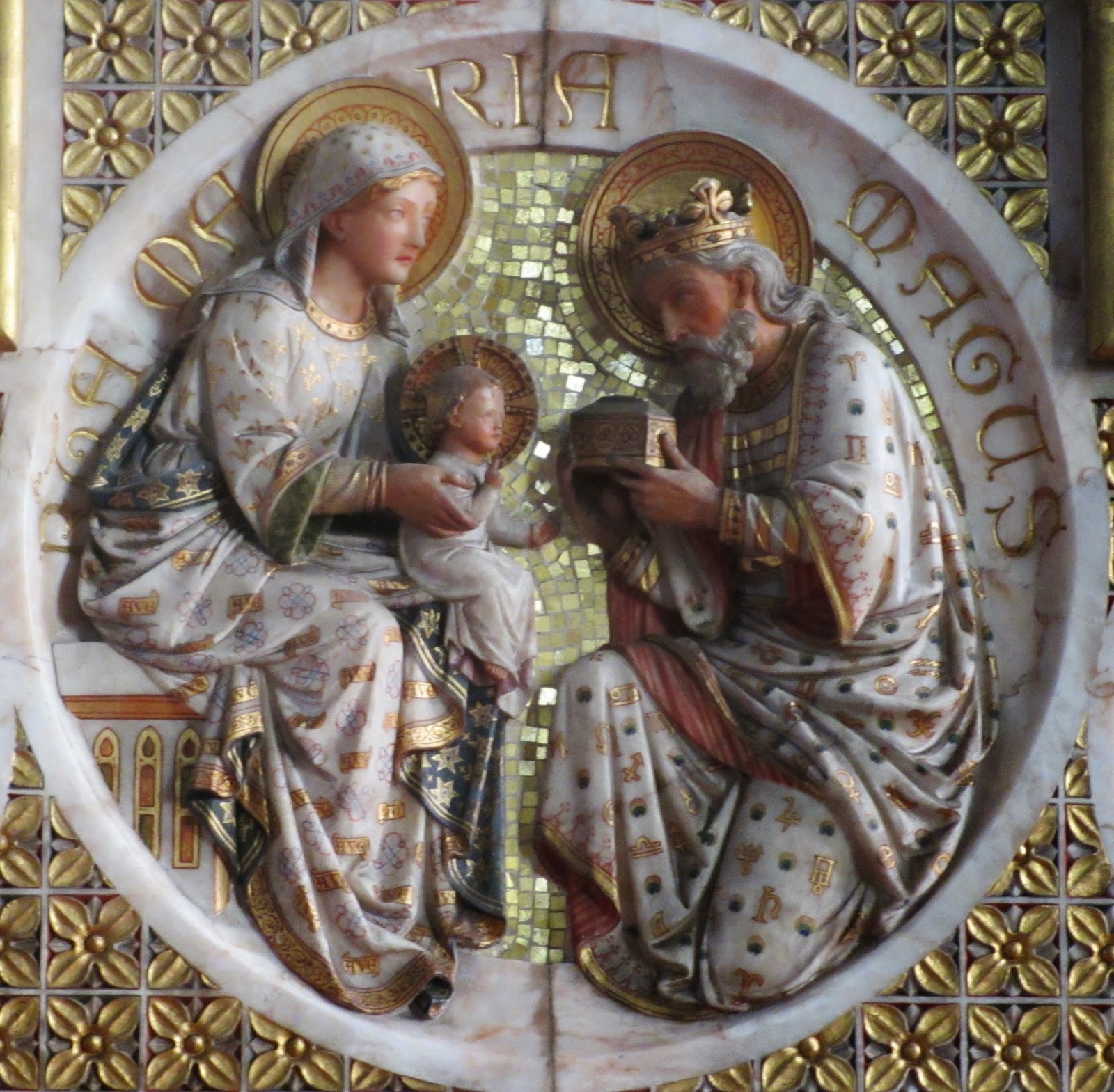 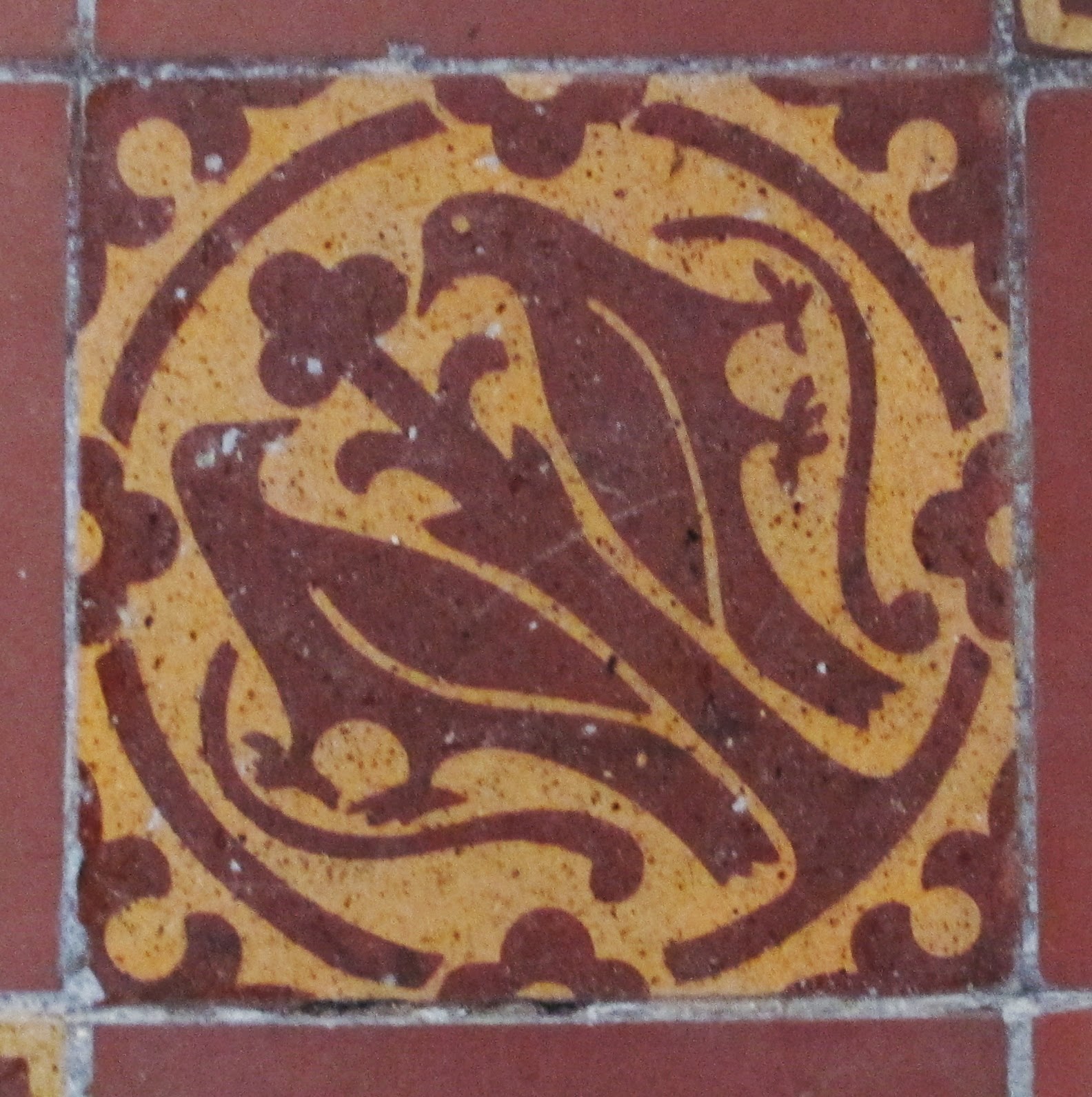 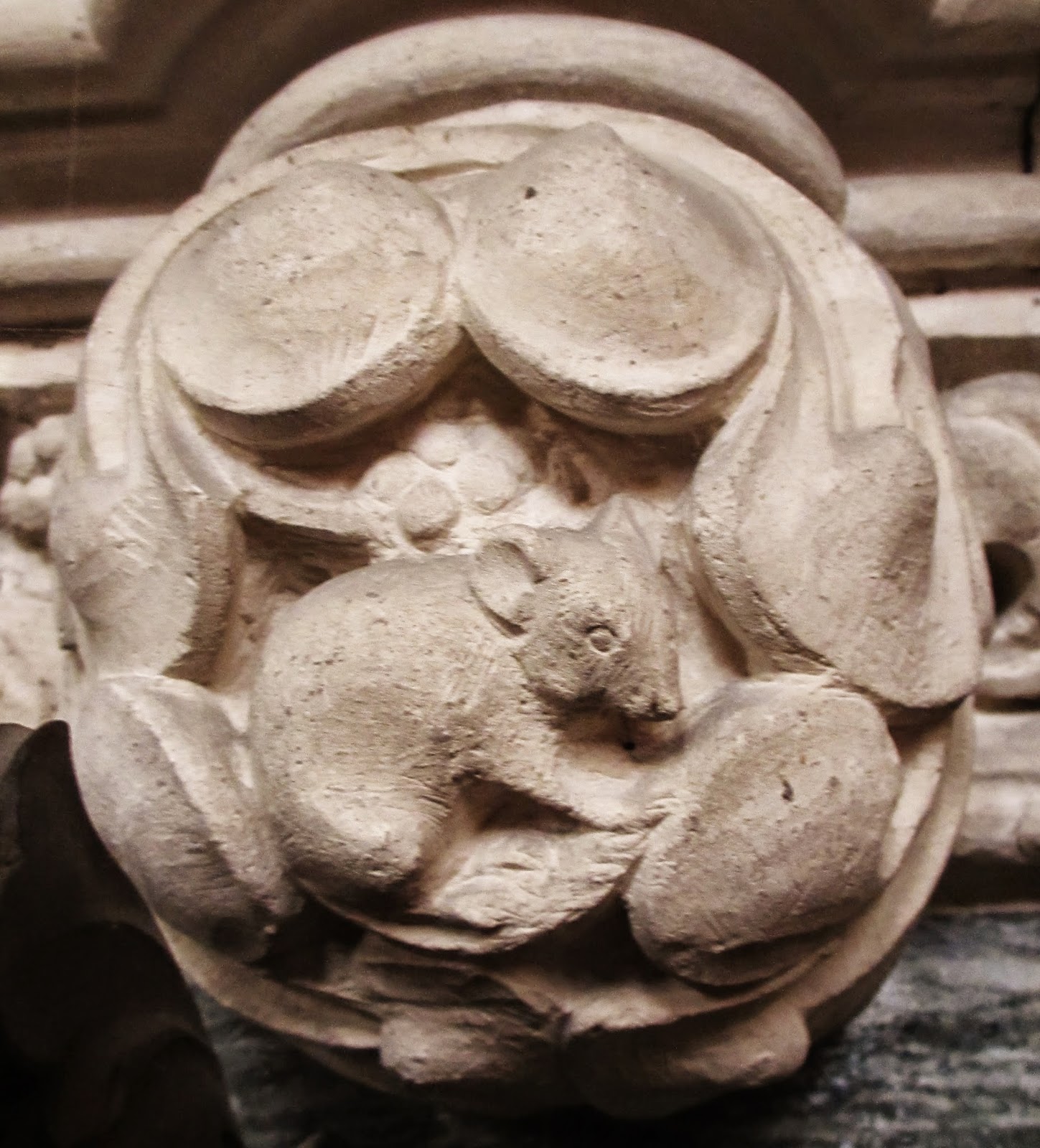 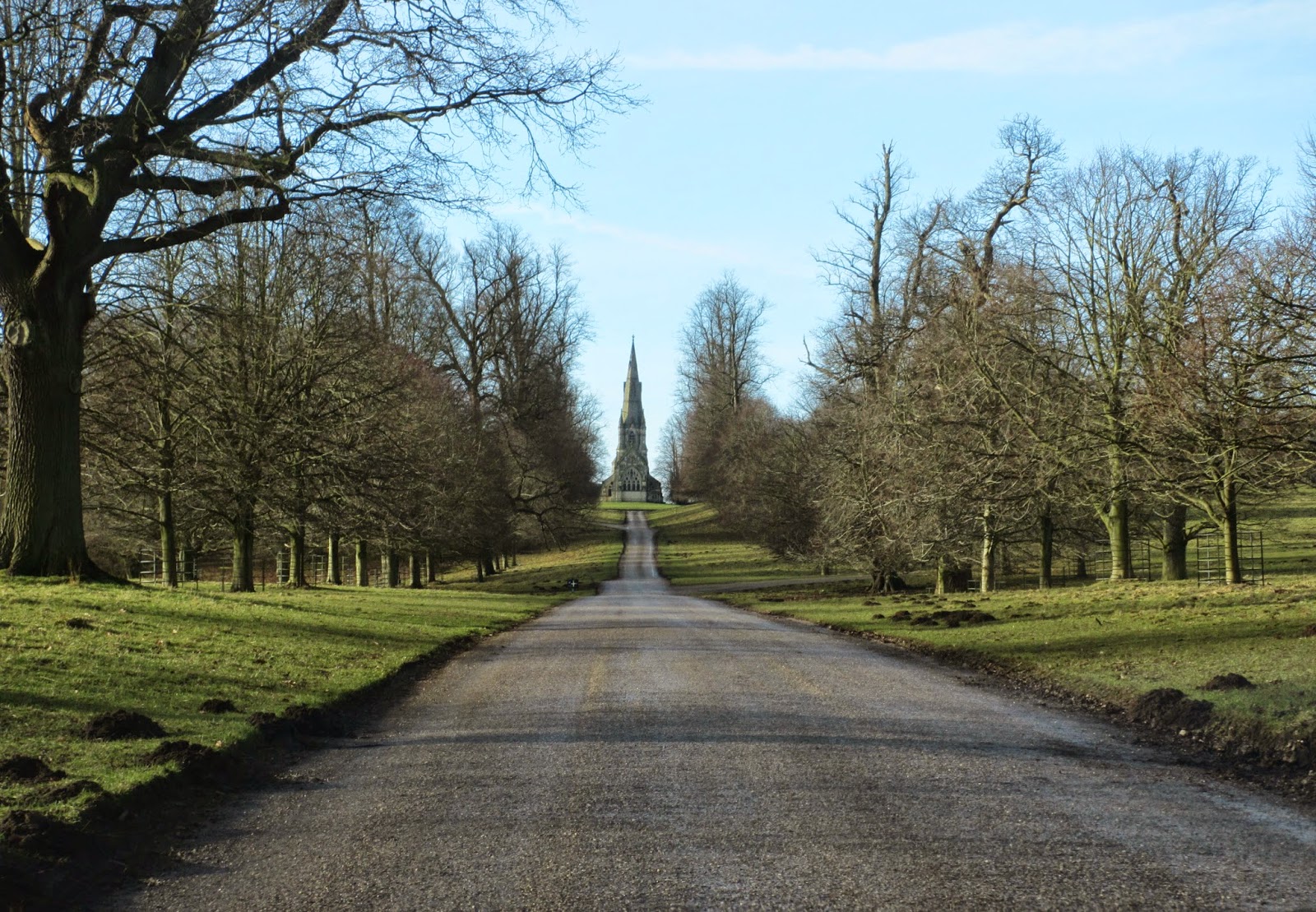 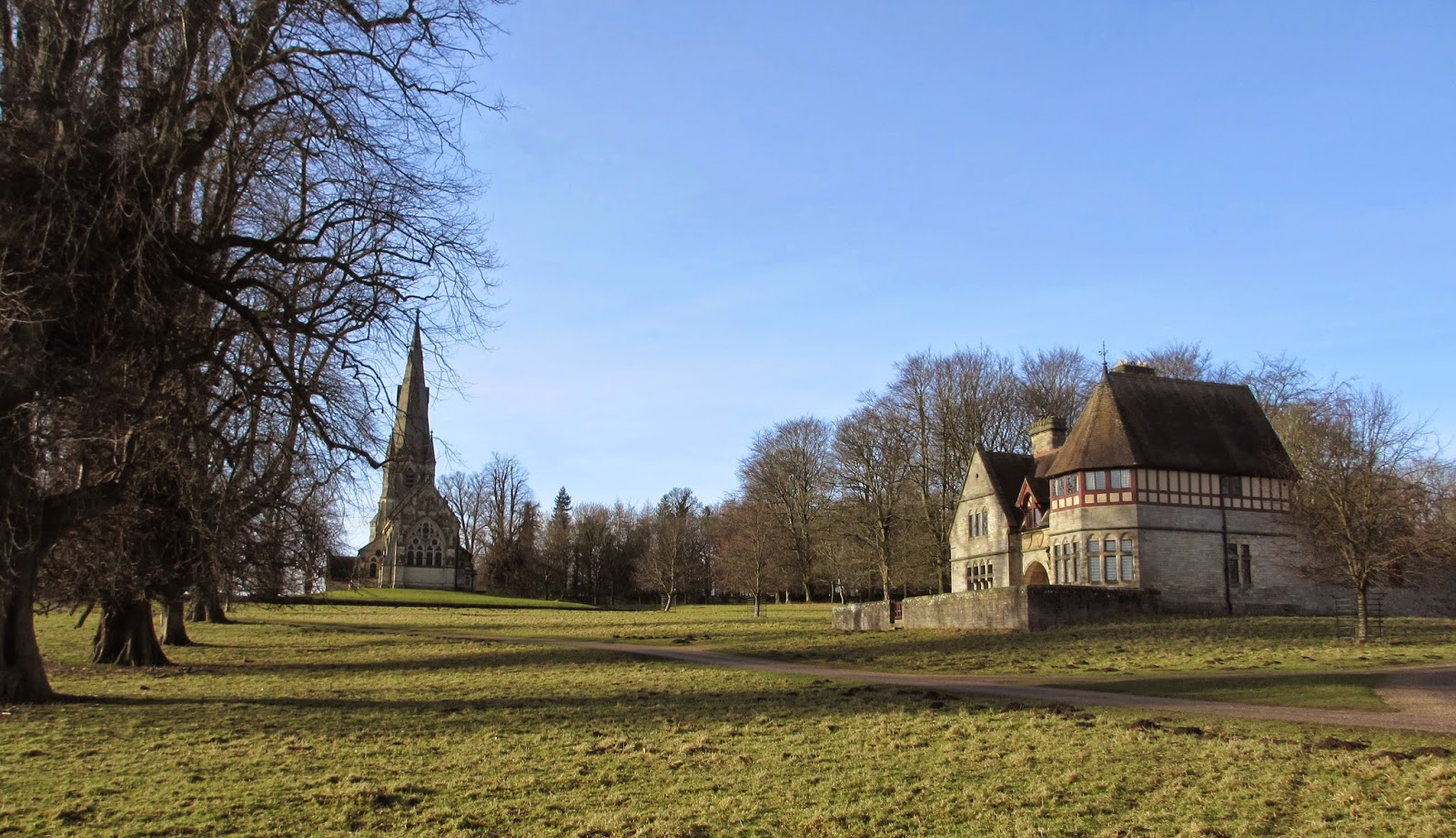 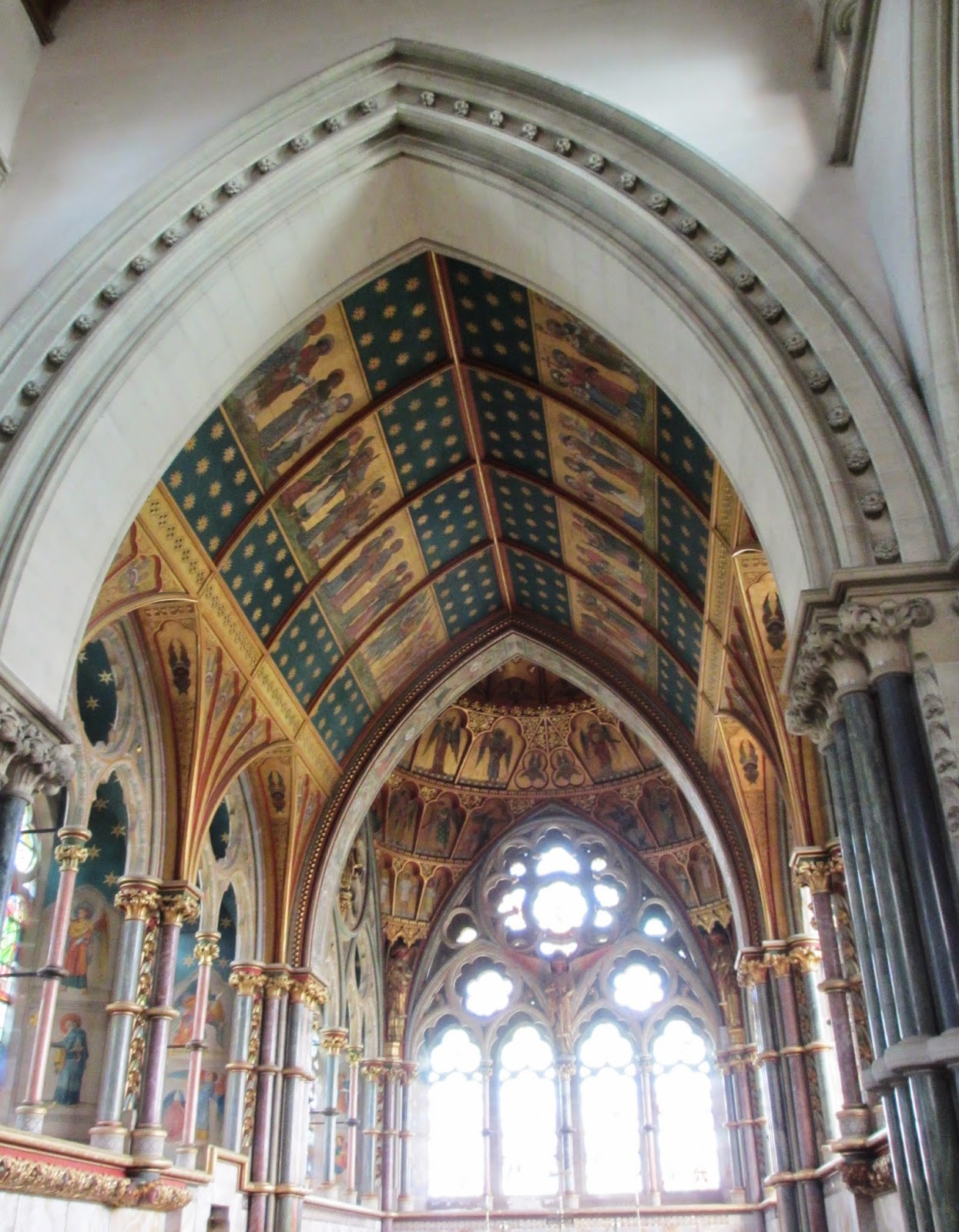 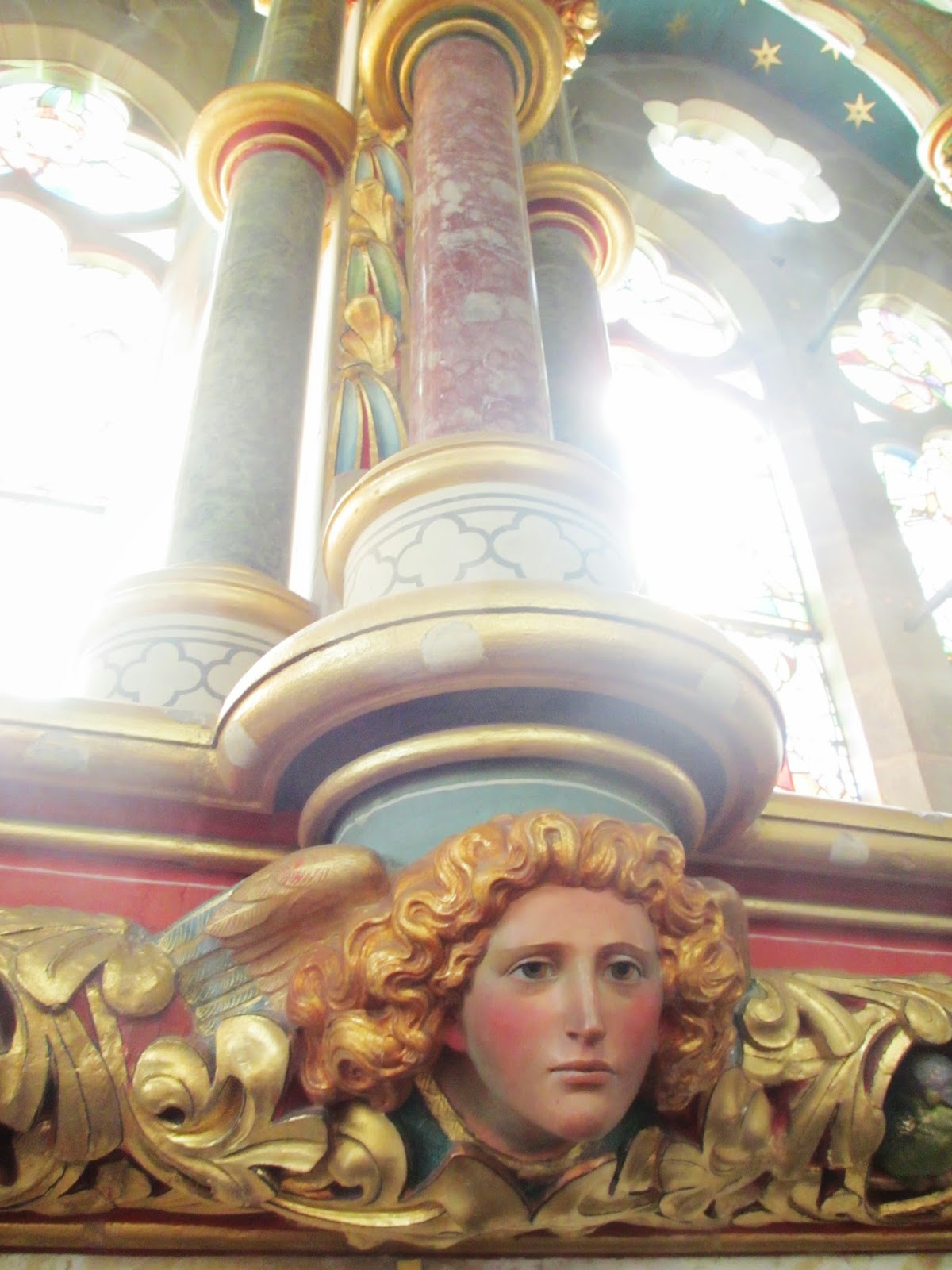 The interior is colourful, almost exotic - perhaps influenced by the architecture Burges discovered on his European travels to Spain, Italy, Greece and Turkey. 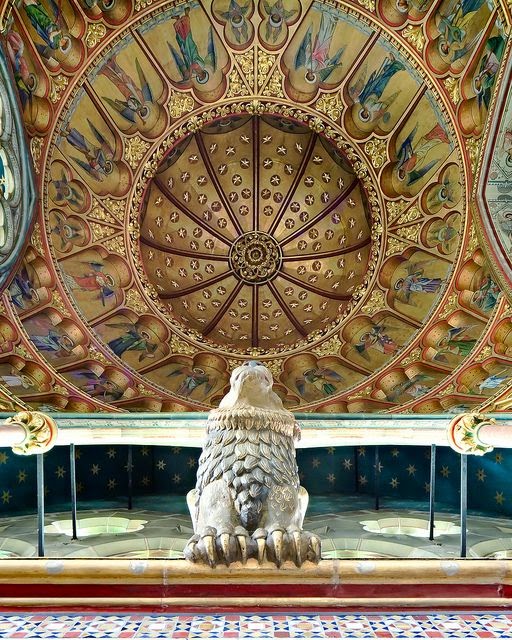 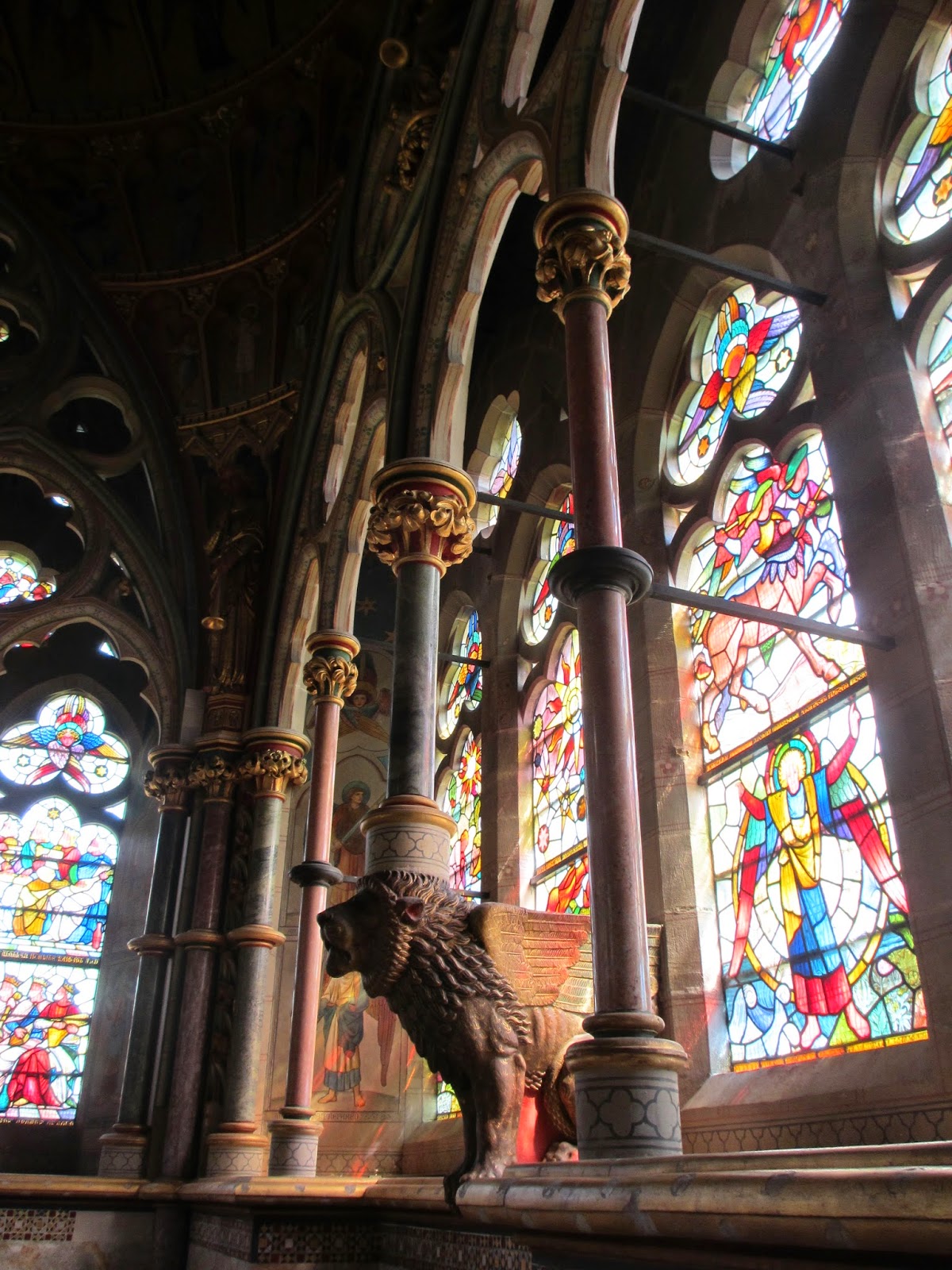 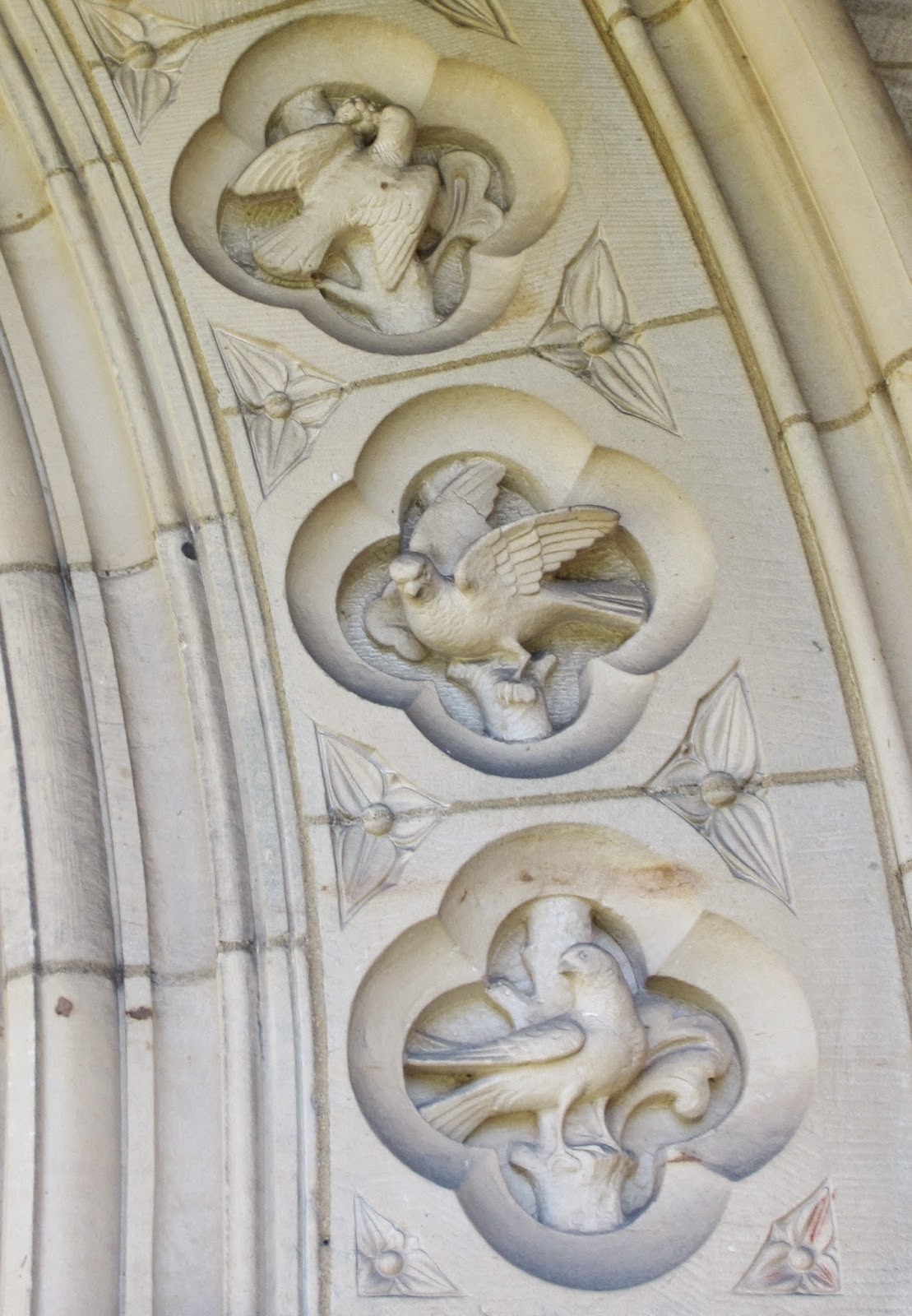 The exterior is less showy, but just as intriguing.
Look closely, up there near the roof, and you will see... 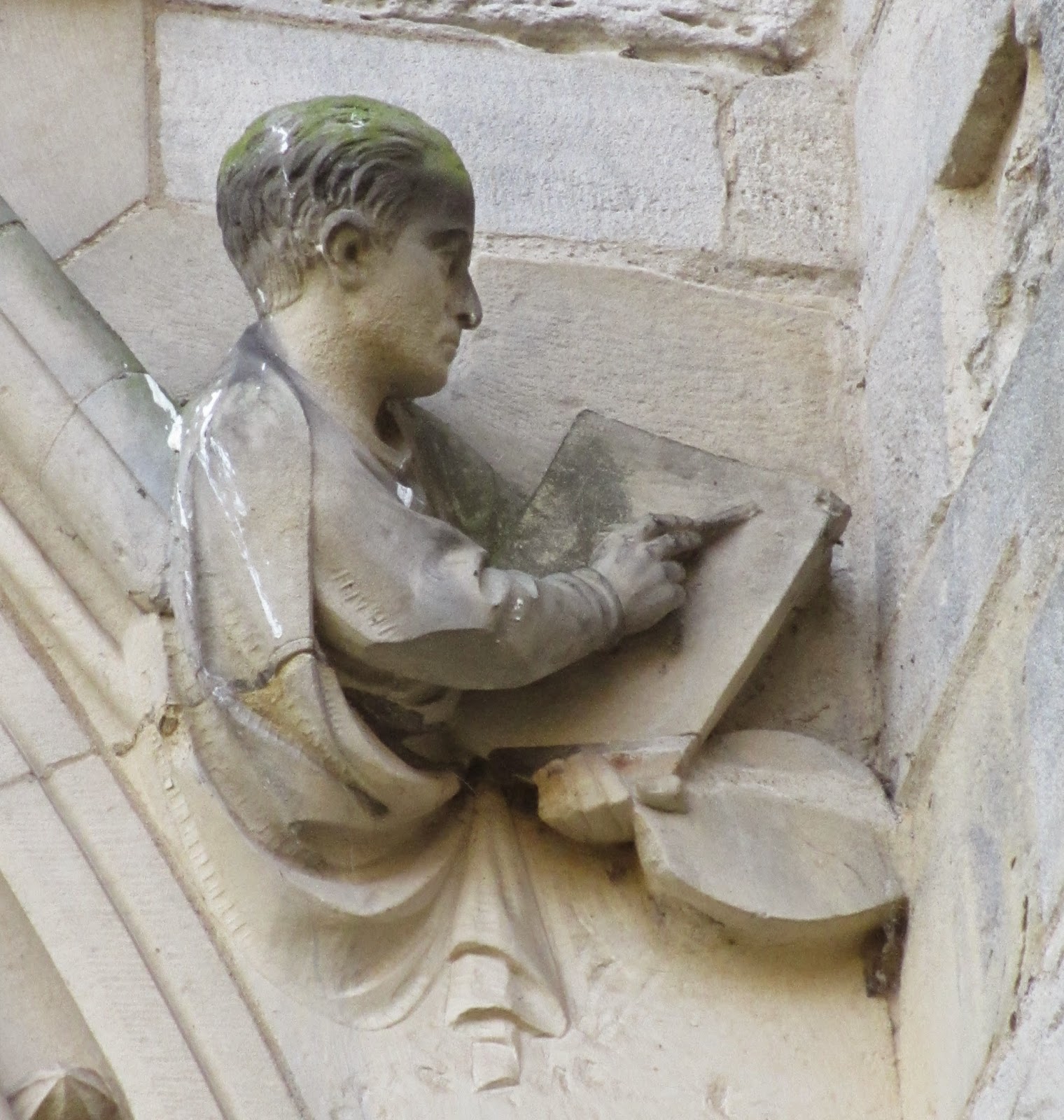 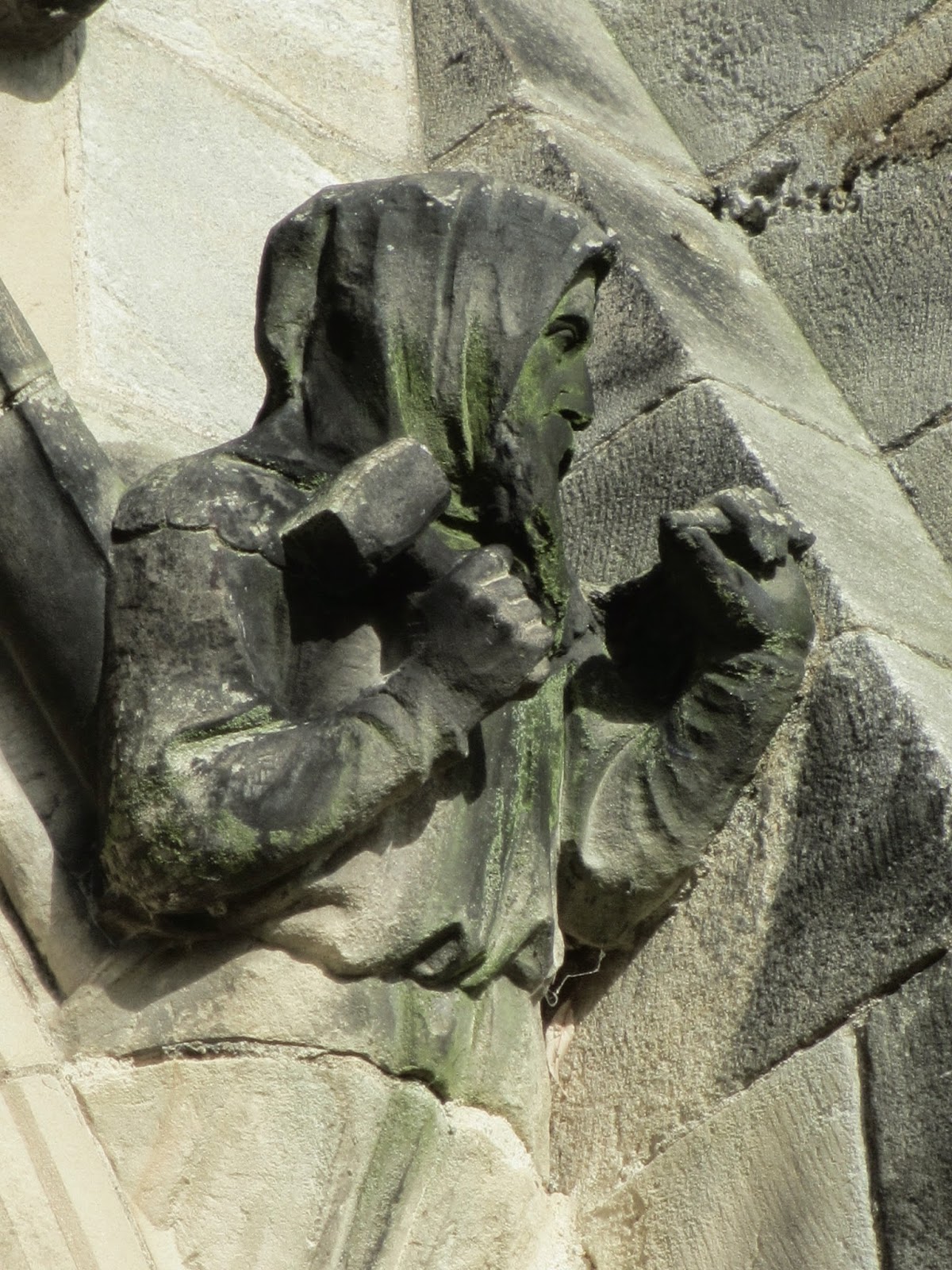 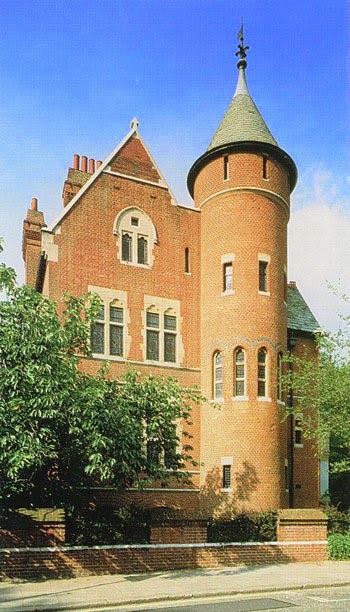 This is the house that Burges built for himself, The Tower House. He lived there only briefly, at the end of his life. A more recent resident was John Betjeman and in 1970 the house was bought by the actor Richard Harris for £75,000. Two years later he sold it to Led Zeppelin guitarist Jimmy Page for £350,000. To their credit the interiors have been carefully preserved and conserved, but, unlike much of Burges's work, it is not on view to the public - unless, of course, you are best mates with Led Zeppelin. 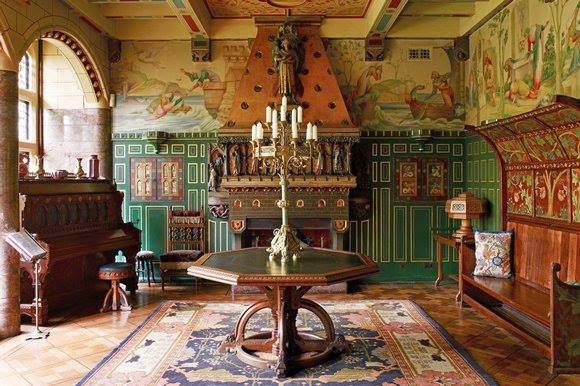