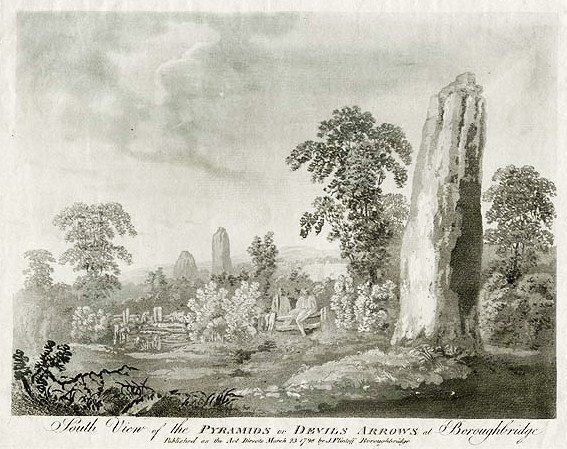 I'm in the middle of reading Jenny Uglow's biography of Thomas Bewick, "Nature's Engraver", and I have fallen in love with the man. Handsome, in a sturdy Northern way, as a young man his character was a mixture of the mischievous and the strongly moral - irresistible! He was an early campaigner for the kind treatment of animals, he had a great dislike of unfairness and he thought all war utterly pointless.
He also walked a lot - all over the North of England, sometimes with friends, though he was alone when he visited our neck of the woods and saw our local  Neolithic standing stones "called I believe the Devils Arrows".
He was right - they are called that. Legend has it that the Devil once stood on a nearby hill and shouted,
"Borobrigg keep out o' the way, for Aldborough town I will ding down!"
However, he missed and his great stones landed in Boroughbridge.
Their setting now is not quite so picturesque as in the print above. They stand in a line, one tucked behind a gate in somebody's garden, two in a field of wheat beside the A1. 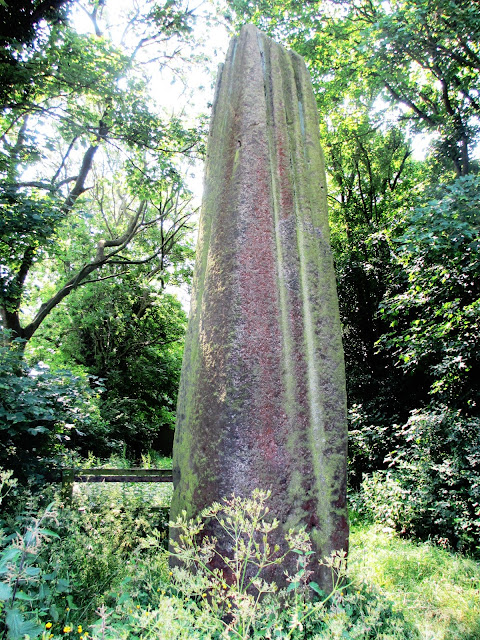 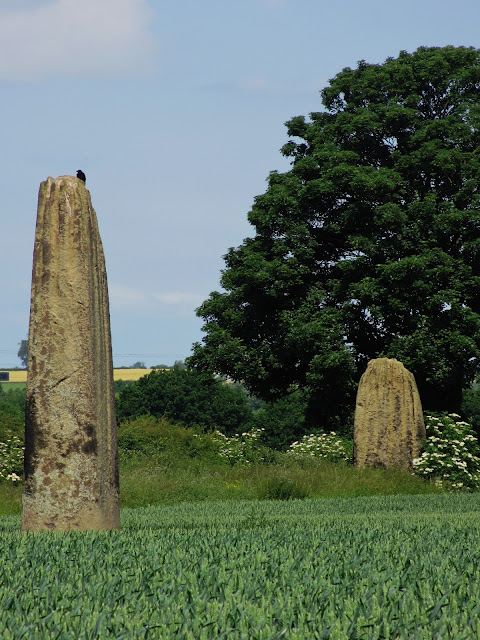 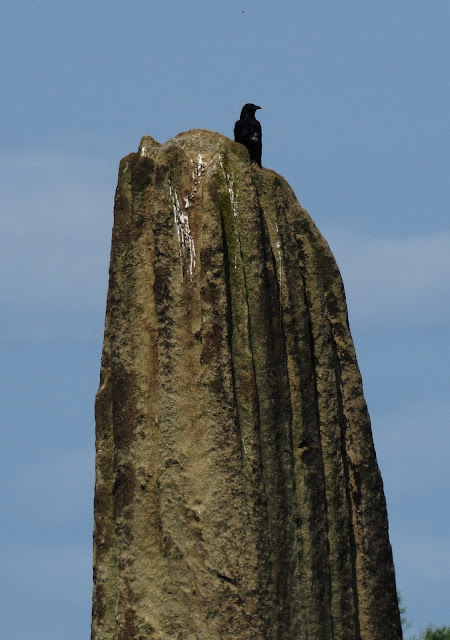 Our visit to the stones whetted our appetite for more mystery tours and I suggested a trip to the famous Druid's Temple - not very far away and popular with local teenage boys looking for a bit of quiet contemplation, including, once upon a time, Mr N himself. 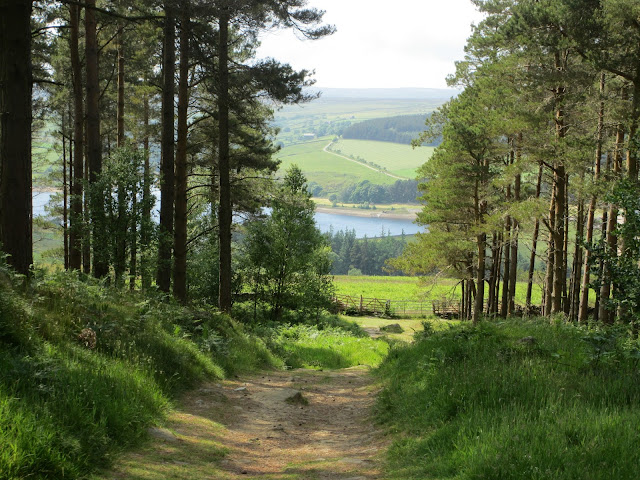 It's good walking country up on Masham Moor, though I doubt that Bewick made it this far and if he had he would not have seen this view - this is no lake, it's a Yorkshire Water reservoir. 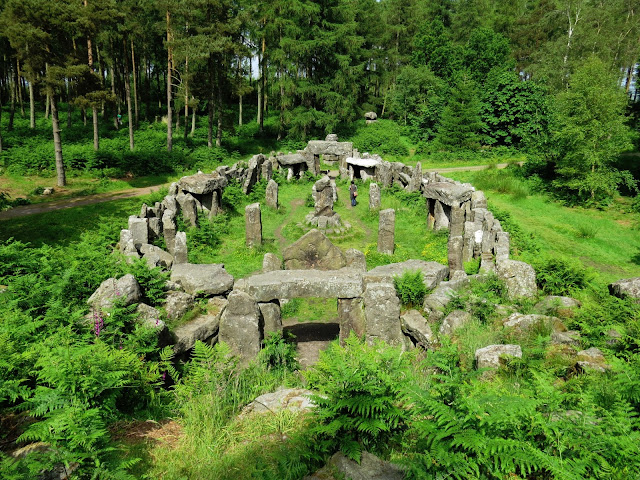 This is what we came to find - the Druid's Temple, a mini Stonehenge. 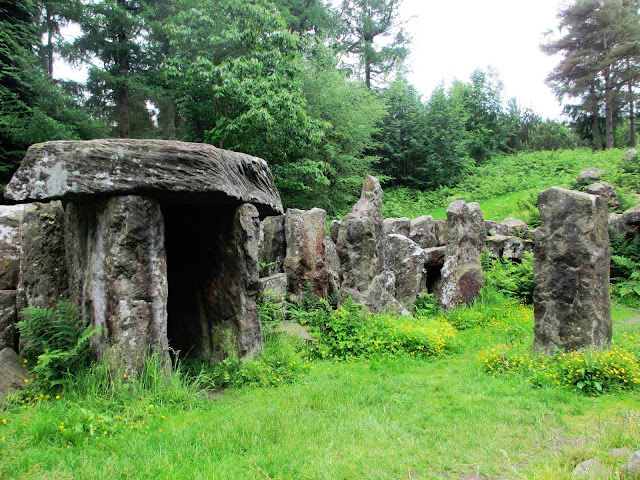 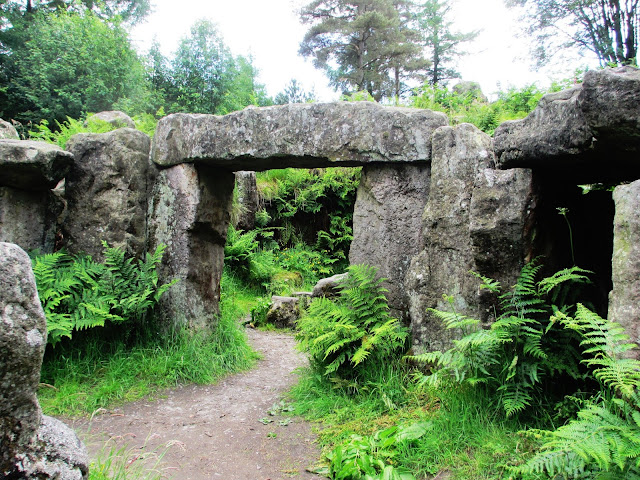 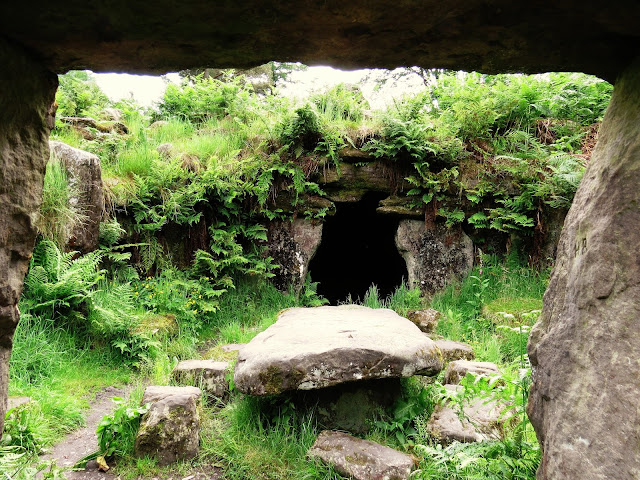 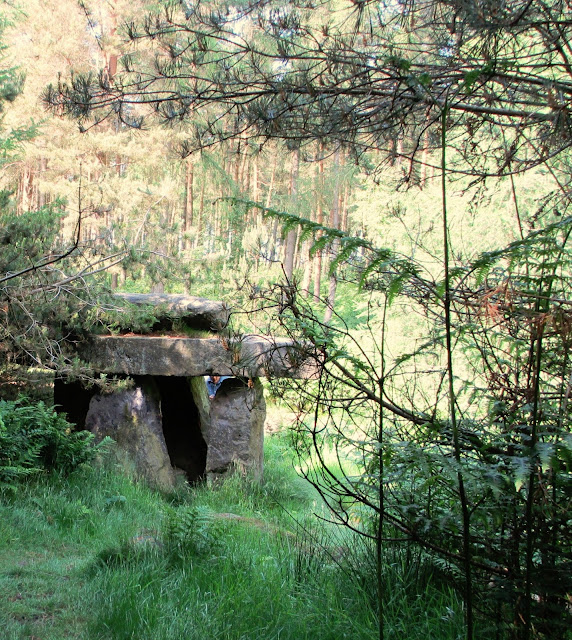 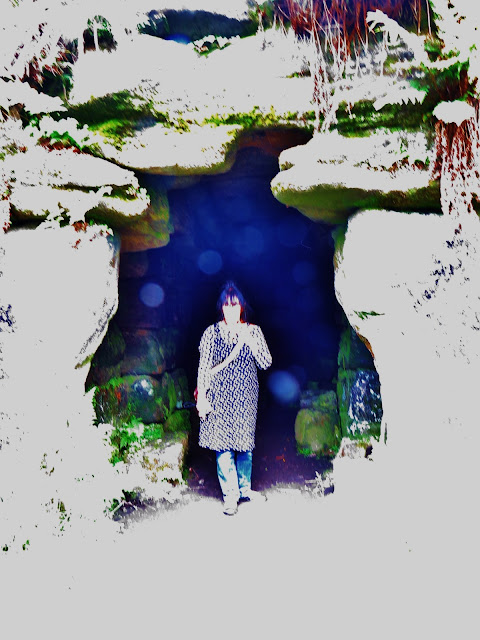 You may have guessed by now that whilst the Devil's Arrows are the real thing - genuine monoliths dating from around 2700 BC - the Druid's Temple is a folly, built by William Danby of nearby Swinton Hall in 1820. Perhaps hoping to create a tourist attraction, he offered food and an annuity to any man willing to live a hermit's life in the temple, speaking to nobody and allowing his beard and hair to grow. I'm quite surprised that only one man tried and he only lasted for four and a half years. Northern softie!