THE CHARM OF SMALL MUSEUMS 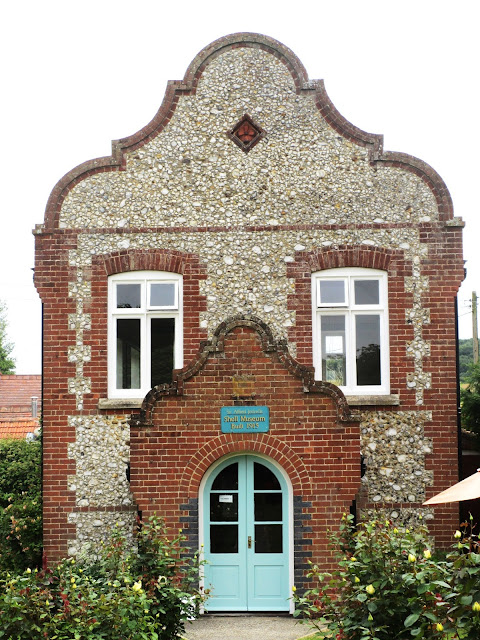 The Shell Museum, Glandford, Norfolk.
(They don't come much more charming than this.)

Deep in the Glaven Valley, North Norfolk is the tiny Shell Museum built in 1915 by eccentric local landowner and ardent philanthropist Sir Alfred Jodrell. He knew little about conchology but, with his sisters, he created a brick and flint Cabinet of Curiosities to house his collection of shells and objects made from shells. 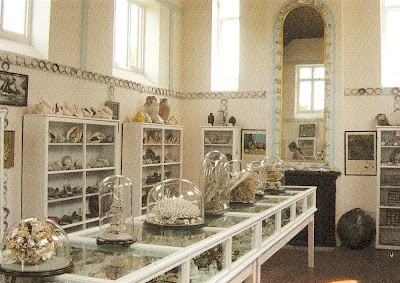 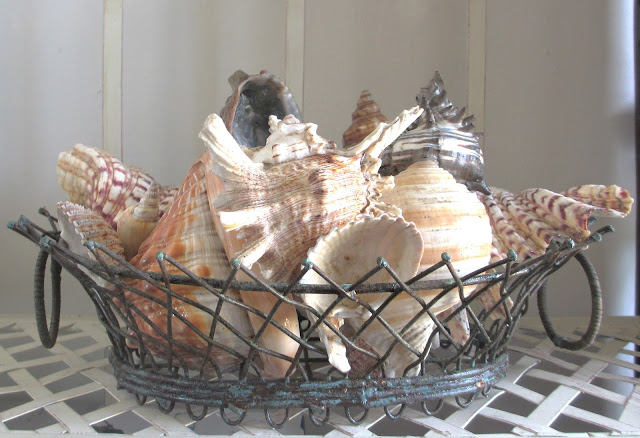 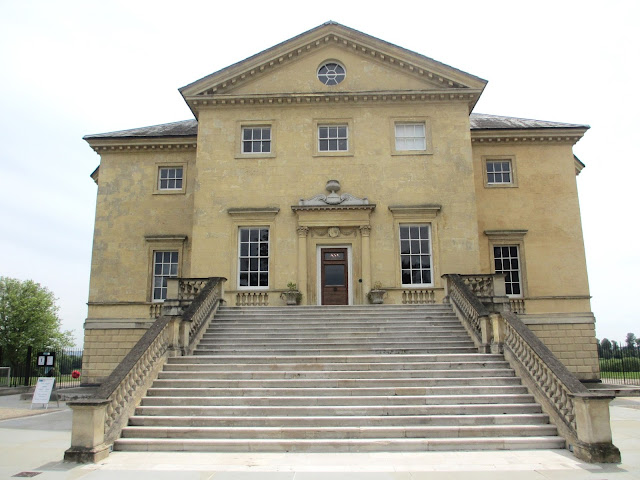 This is a small but perfectly formed Palladian building dating from the 1760s and situated near William Morris's Red House. The ground floor rooms have been restored to their original Italianate splendour, while the upper floor amazes with its brilliant contemporary art exhibitions. 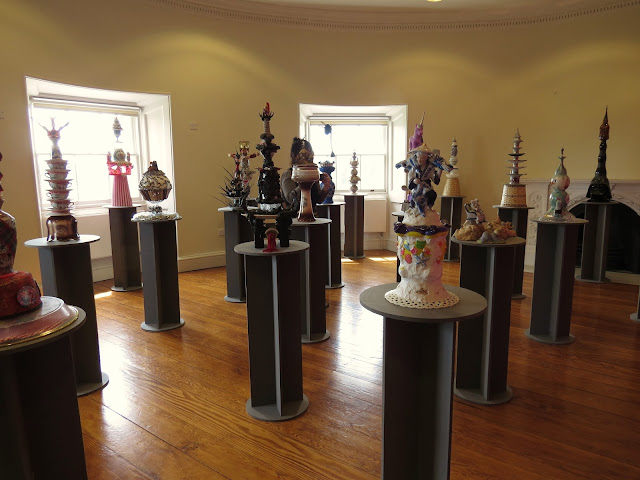 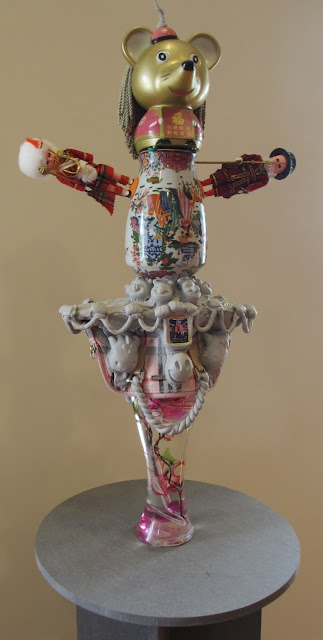 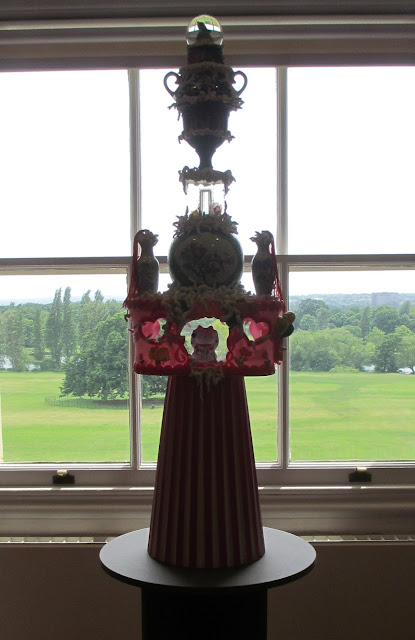 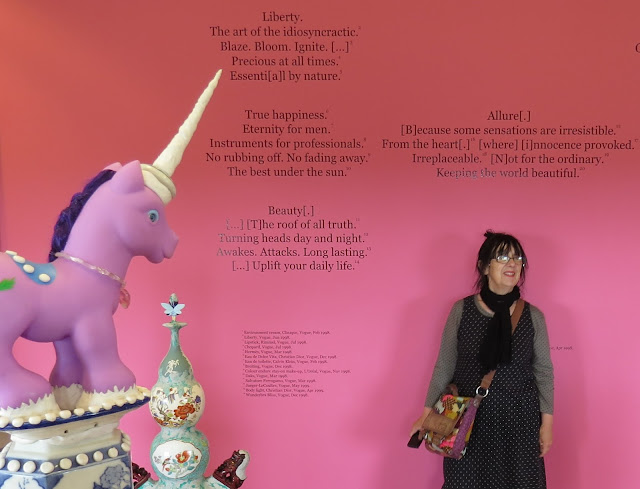 We came to Cromer in search of Olive Edis Galsworthy, 1876 - 1955, who had a photographic studio in nearby Sheringham in the 1910s and who took autochrome photographs - portraits and local scenes. Autochromes are early colour photographs, the technique having been patented by the French Lumiere brothers in 1903. They have a muted, dreamy beauty. Cromer Museum has a collection of Edis's photographs but, sadly, few were on public view when we visited. Perhaps we should have asked to see more... 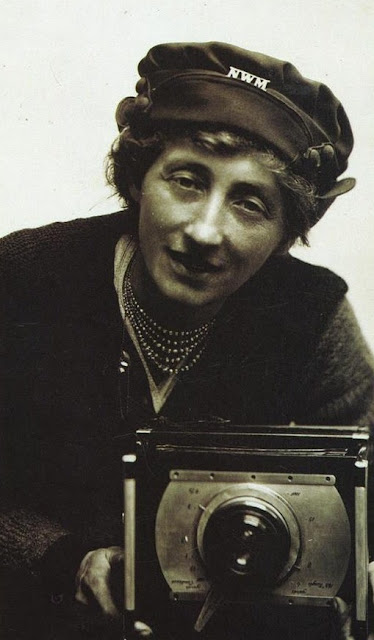 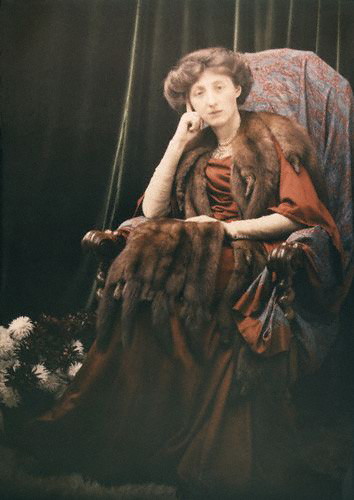 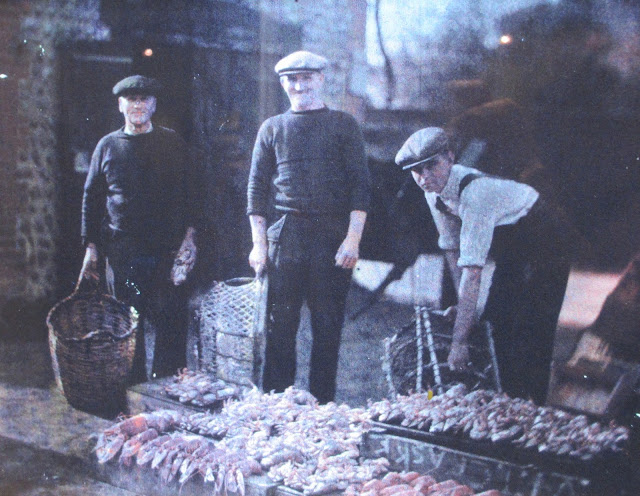 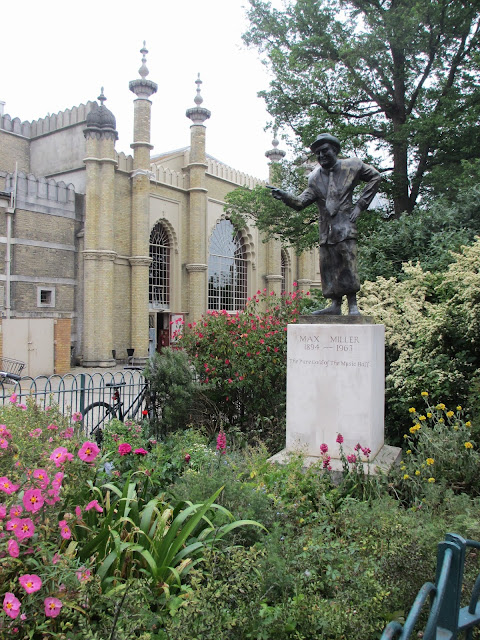 This is a vibrant museum we'd not previously heard about. We discovered it hiding behind Max Miller, on the way to the more famous Pavilion. Its clever curators have managed to keep it full to the brim with collections of pottery and archeological and zoological specimens, as well as mementoes of Brighton life, at a time when many larger museums seem to have thinned out their displays and packed away the exhibits. (Some say that dumbing down is a condition of government funding.) 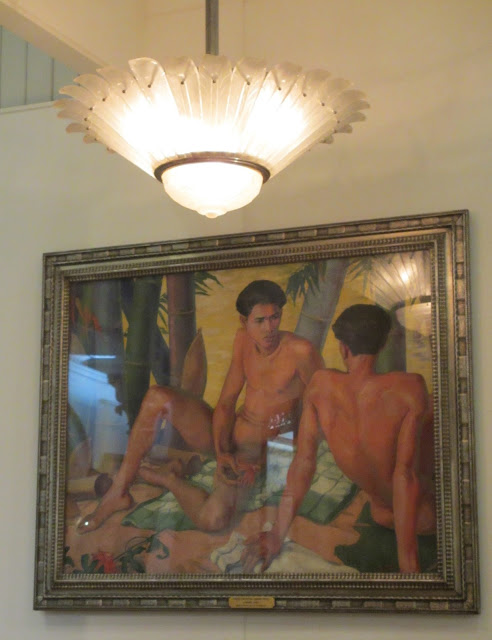 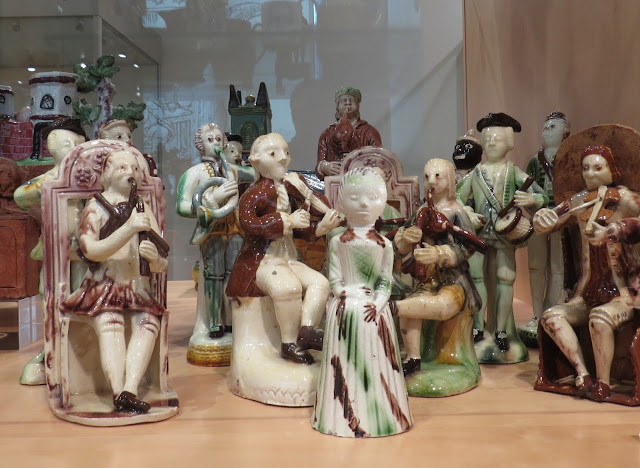 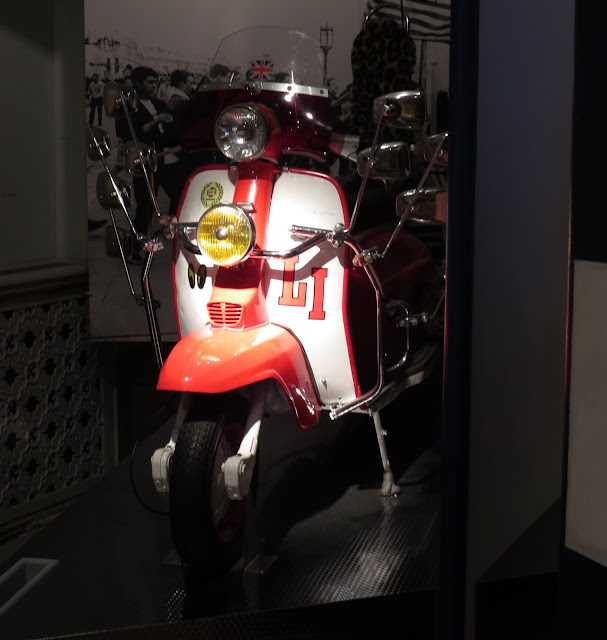 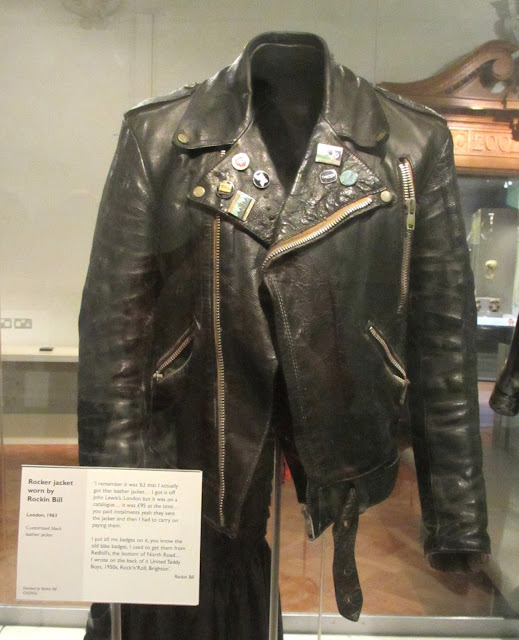 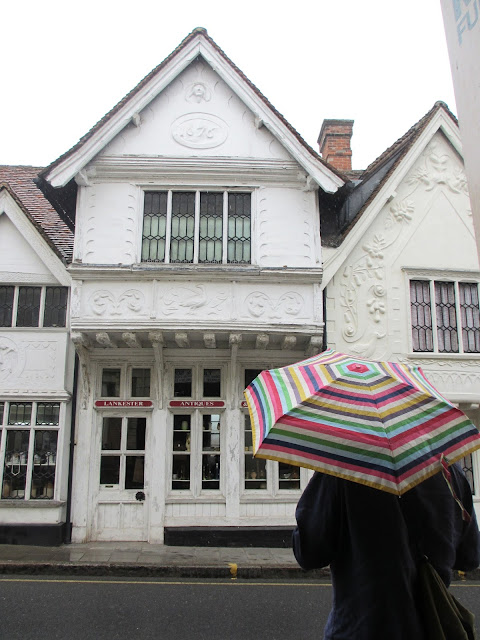 Saffron Walden,
with its pretty pargetting, is home to one of the oldest museums in Britain. It's doors first opened in 1835 and it retains the higgledy-piggledy charm of the museums of our childhood. With traditional displays and plenty of local interest, it also houses a collection of rare early 19th century tribal clothing and artifacts. Right up my street! 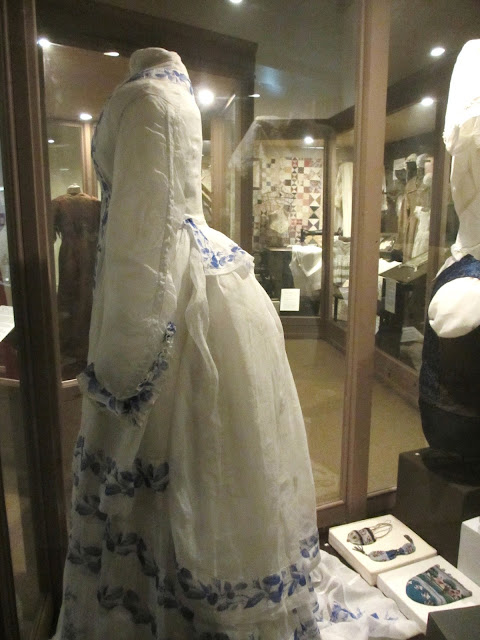 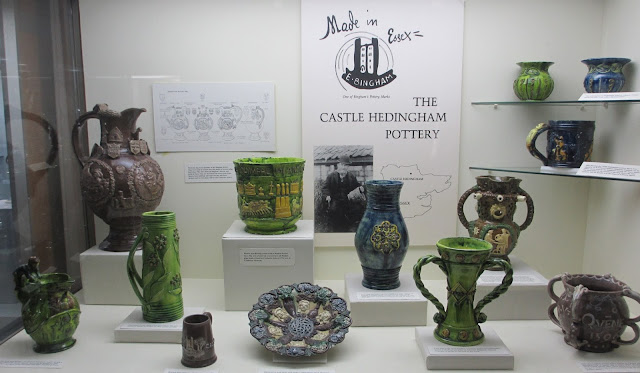 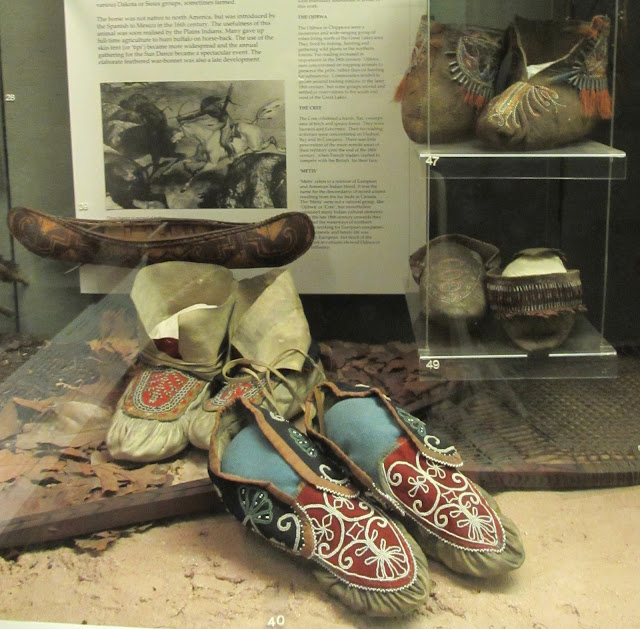 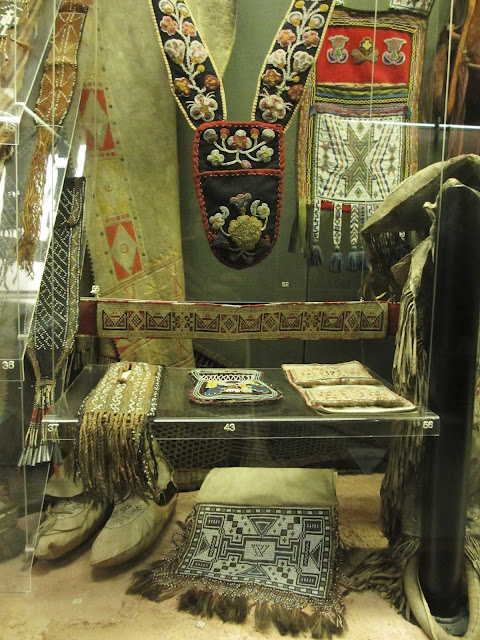 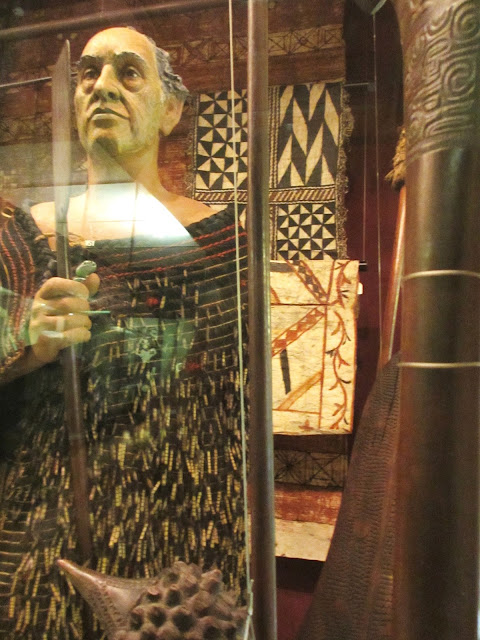 We still have these modest treasure houses at the moment, many of them as full of interest as their larger, more well-known cousins. In every town and in many villages they are waiting to inspire you. Open your eyes and minds - and occasionally your purses - quickly, before they disappear.