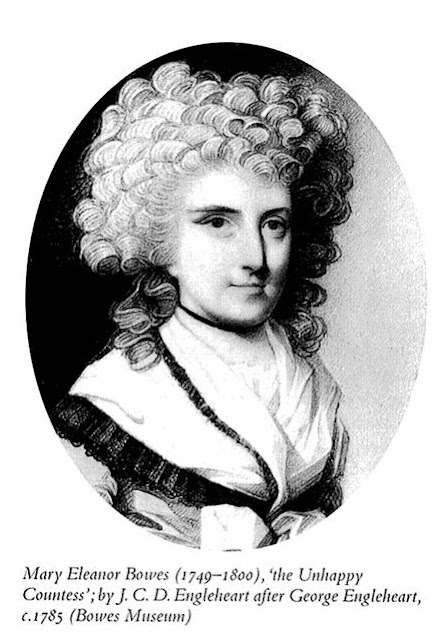 One of my favourite treats is visiting places I've read about - or that I'm reading about. At the moment this is the book in question... 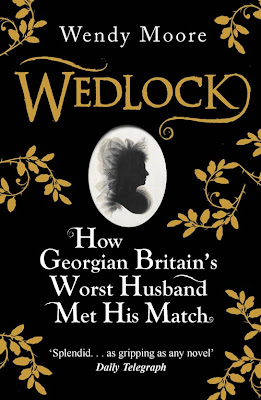 ...and the place is Gibside, a picturesque estate near Gateshead and childhood home of eighteenth century heiress Mary Eleanor Bowes, who, after marrying into the aristocracy, became a Bowes Lyon. Gibside and its park were created and developed by various members of the Bowes family during the eighteenth and early 19th centuries. The grounds were landscaped by Lancelot "Capability" Brown and include a column 140 feet high, dedicated to British liberty. (I think this must refer to the liberty of 18th century Northern "coal barons" to become immensely rich on the backs of men, women and children working in intolerable conditions, but we tried very hard not to let this spoil our enjoyment - though it was never very far from our thoughts.) 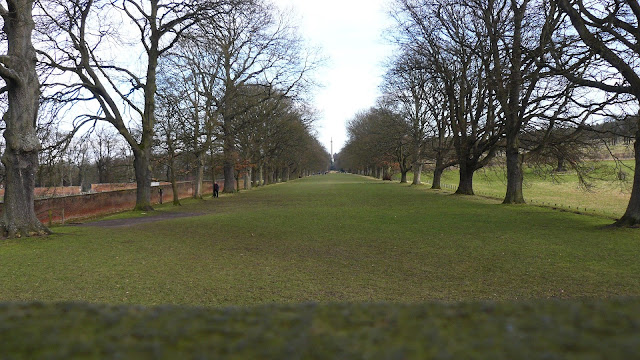 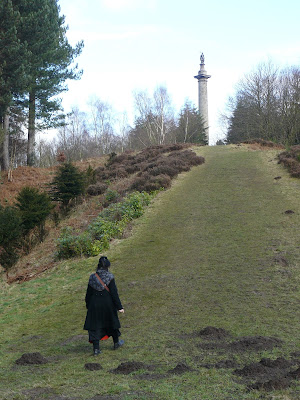 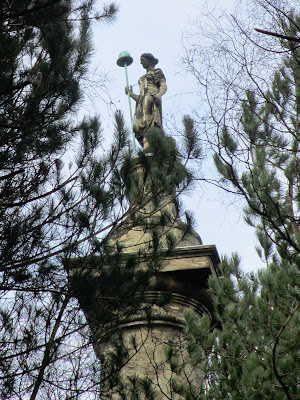 Mary Eleanor was an intelligent girl, well-educated and particularly interested in natural history and botany, though this talent was accompanied by a complete lack of judgement in affairs of the heart. Husbands permitting (and they rarely did) she tended her collection of rare plants in the heated orangery... 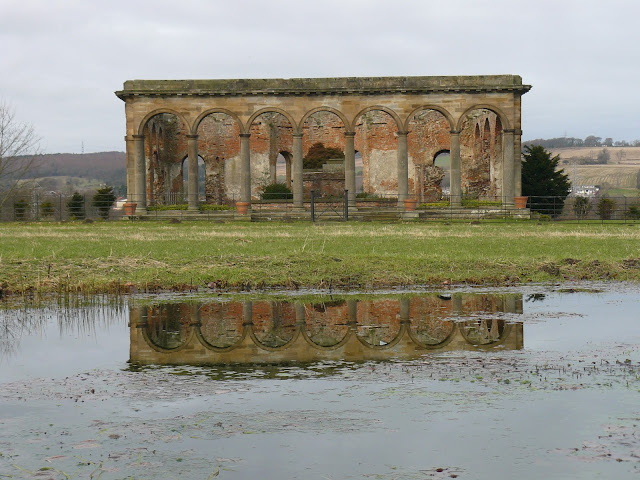 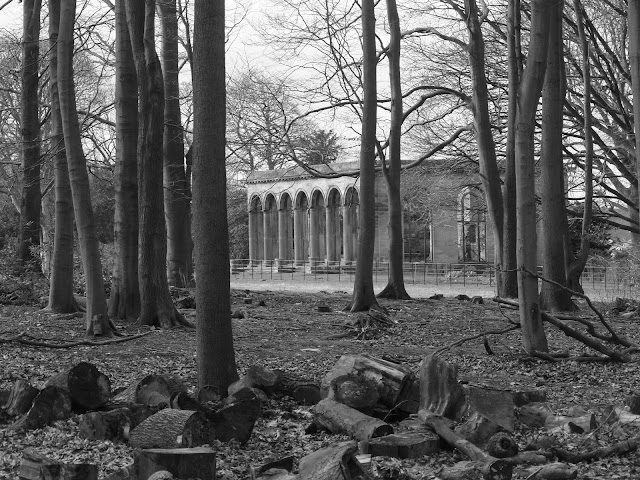 The main house is also an empty shell, having been stripped of its fixtures and fittings by the Bowes Lyon family in the twentieth century. The fireplaces and other items were transferred to Glamis Castle. 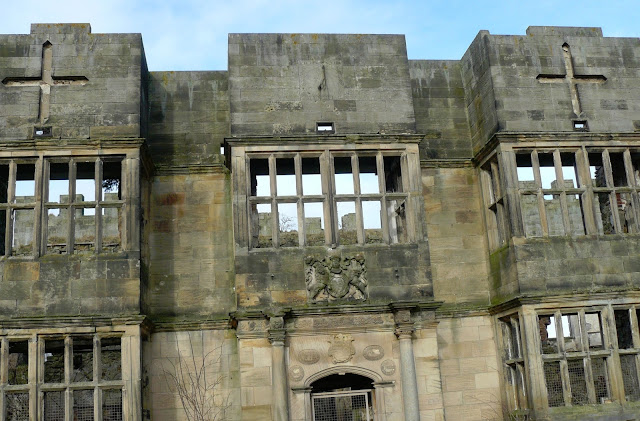 The beautiful Palladian chapel in the photo below was finished in the early 19th century and remains complete and unspoiled. 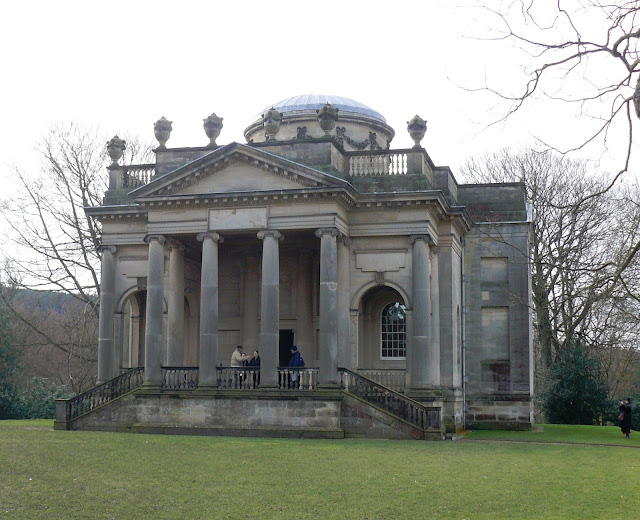 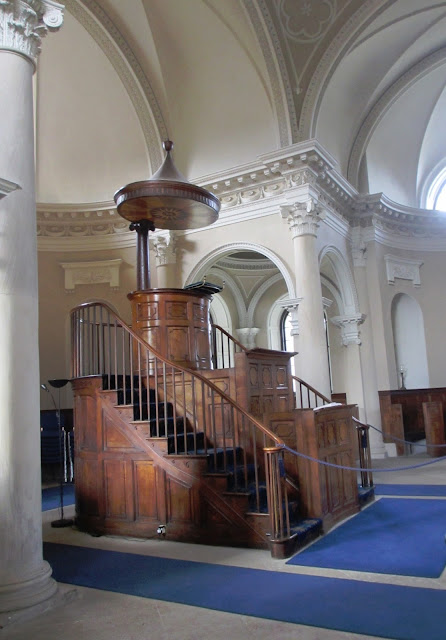 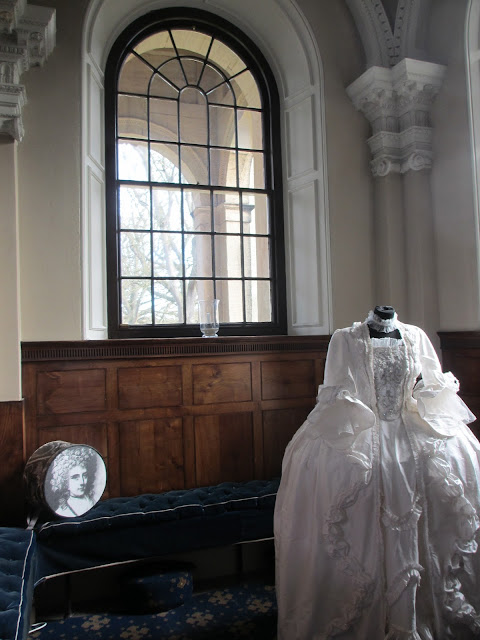 As for the ill-fated Mary Eleanor, here inside the chapel we saw a recreation of her first wedding dress, worn when she married the 9th Earl of Strathmore.  He died when she was in her mid-twenties and afterwards men pursued her for her vast wealth. She was promiscuous but naive, and also easily duped. Her second husband was a bounder and a conman, who treated her very badly indeed. His name was Andrew Robinson Stoney and, happily, she eventually escaped from him. Ultimately he paid the price for his misdeeds... 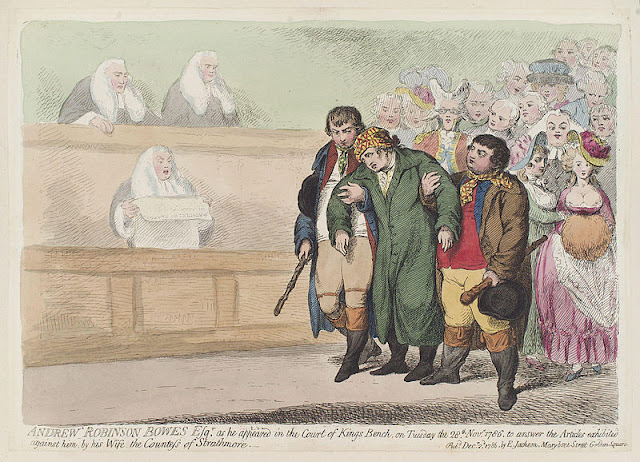 ...and his name gave rise to the expression "stoney broke". 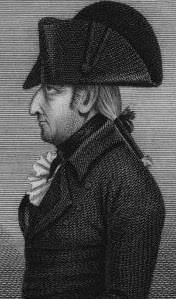 A coat of arms with Bowes connections hangs in our humble cottage. 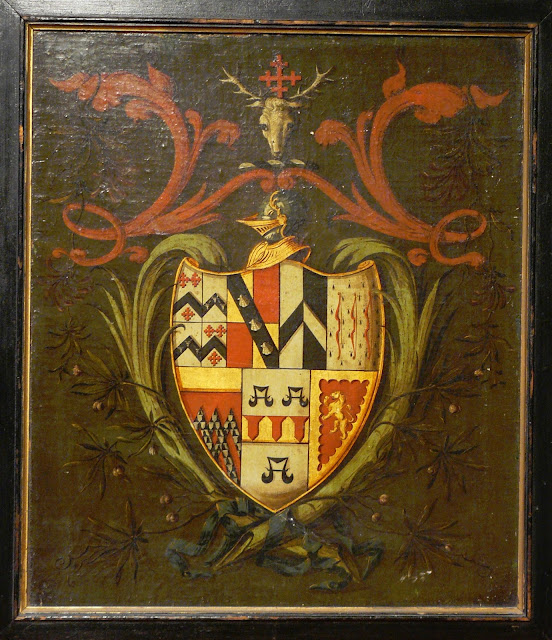 See, on the right, three bows from the Bowes family coat of arms indicating that, at some time in history, a member of the Bowes clan married into the family whose armorial bearings these are. It is not our family, of course, but we like to play Let's Pretend sometimes...