MY FIVE MINUTES of FAME 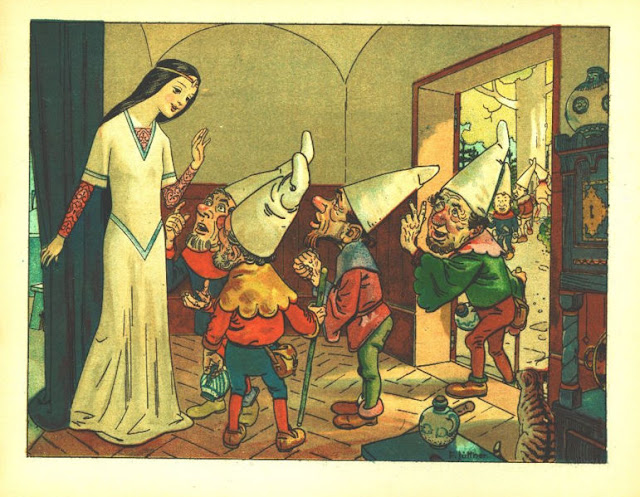 "I was once Snow White..." I started to tell Mr. N the other day...
"Oh, I know," he rudely interrupted," we all were once, dear!"
Of course, I was referring to my performance in a school play, many years ago. I have been pondering celebrity since a friend mentioned that her 7 year old grandson's class had been set the task of giving a short talk on "My five minutes of fame". I am not at all sure that I approve of this - my heart goes out to shrinking violets and born non-achievers alike. 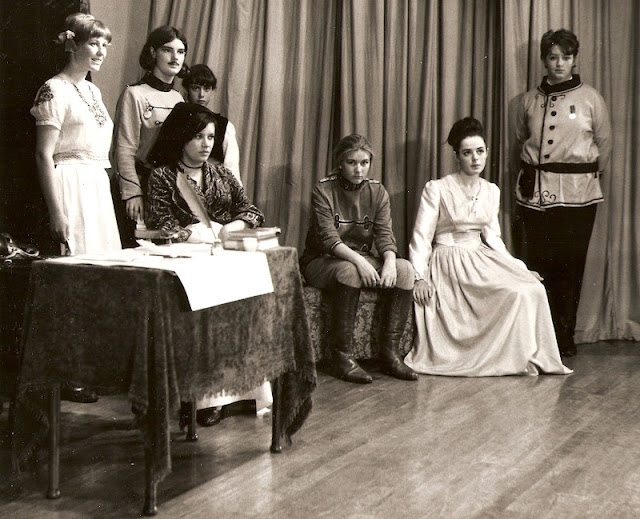 I made sure that in future school theatrical productions my role was always as the wardrobe mistress (see above - Shaw's Arms and the Man, circa 1965), strictly behind the scenes.

It also prompted me to wonder what we mere mortals could possibly dredge out of our humdrum lives to impress others.
Master N had his confidence boosted by this newspaper report and subsequently became quite adept at talking up ordinary events (note the cheekiest grin in the team) 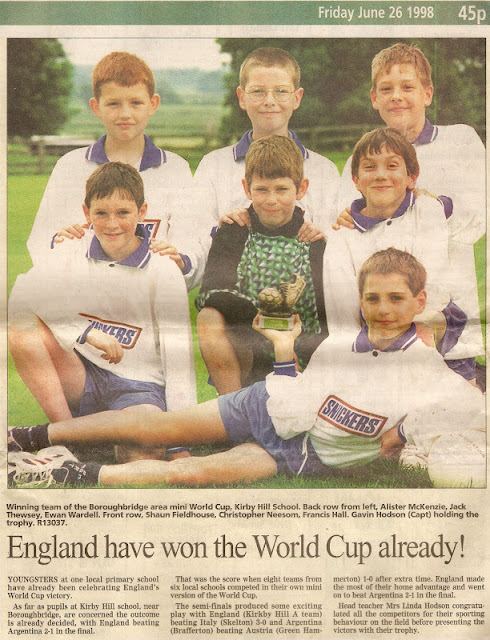 I looked forward to each new Autumn term when his teacher would set the usual "What I did on my Summer holiday" essay - it was surprising to learn that we had visited the Pyramids, crossed the Sahara and finished off our trip on an African Safari!

What about our fleeting brushes with others who are genuinely famous - would that do?
I was once asked out by Roger Dean (click the link to see more), famous artist and designer of album covers for Yes, the Prog Rock band. Needless to say, I turned the offer down - ever the shrinking violet. 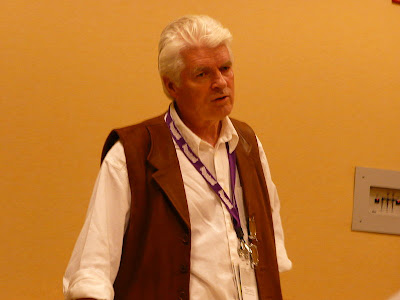 Some years ago we had a wonderful cliff-top holiday at The Gun Emplacement, perched on top of Dover's White Cliffs, it is the closest house to France. It used to belong to Peter Ustinov and now Myriam Margolyes owns it (so courteous and friendly, even to the likes of us.) 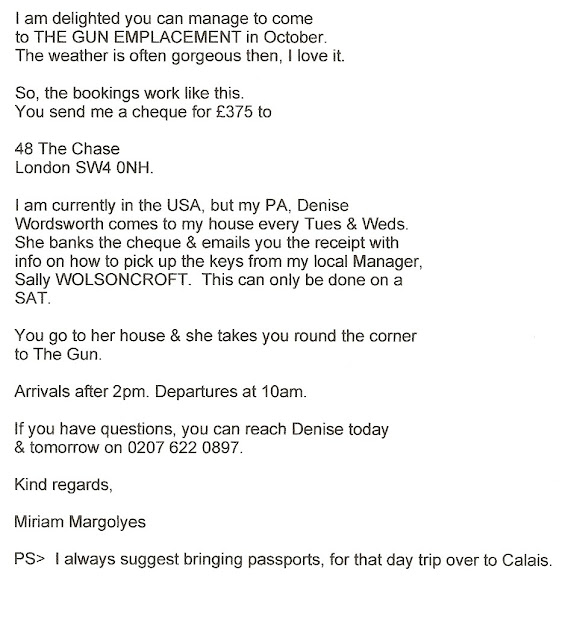 We've also sold antiques to celebrities. Cher once bought a crucifix from us at an antiques fair (she did not handle the payment - she had an entourage of slaves to do this) and we later found a picture of it at home with her in Aspen, courtesy of a copy of Hello Magazine - which was found in our local doctor's waiting room, honest! 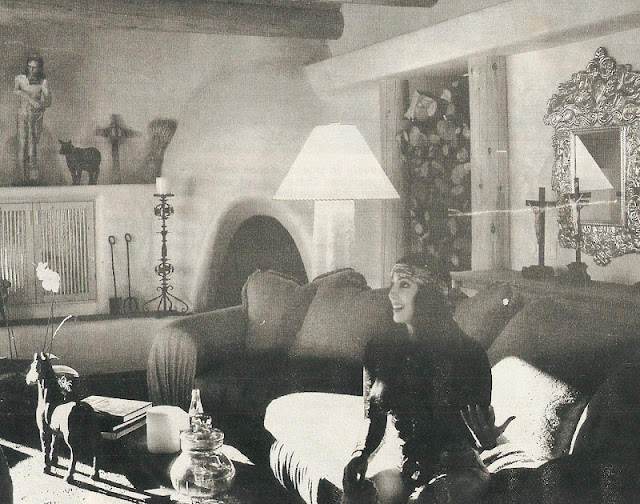 There it is - in front of the mirror.

I could go on - the list is a LITTLE bit longer, but I think my aforementioned friend had the best "famous" moment. In London in the 1960s she was flashed at by Quentin Crisp, naked under his coat after a life-modelling assignment.