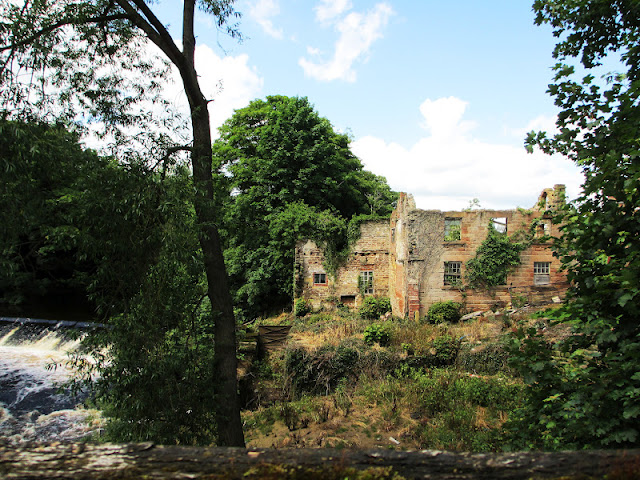 Yesterday Mr N decided that we should go out for lunch. I wondered which of the dozen or so coffee shops, taverns, chop houses and trattorias that our small village manages to support these days he might have chosen for this treat, but no, this was to be a walk and a picnic sort of lunch. He had a yen to revisit some secret places he remembered from a boyhood adventure he went on when aged about ten (yes, 50 years ago!) It was to be along part of the Nidd Gorge, carved out of soft, honey-coloured sandstone by the river during the last Ice Age and only a few miles down the road from us. The walk started well with a look at the picturesque ruins of a Georgian mill near Goldsborough. 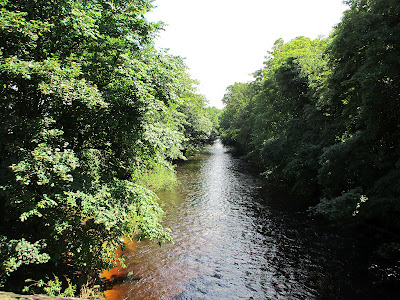 Then on downriver to discover more mysteries. 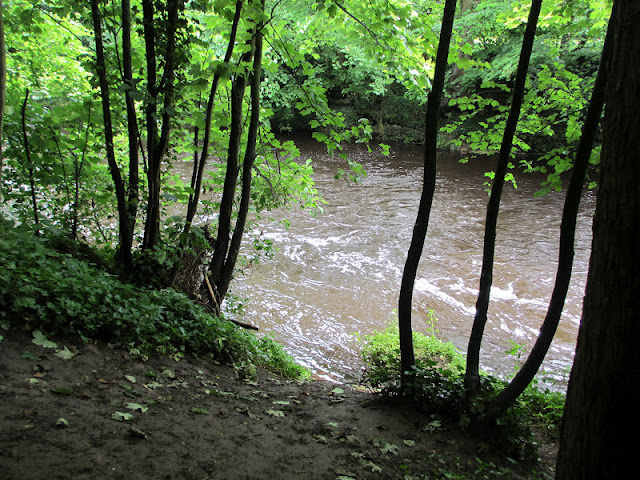 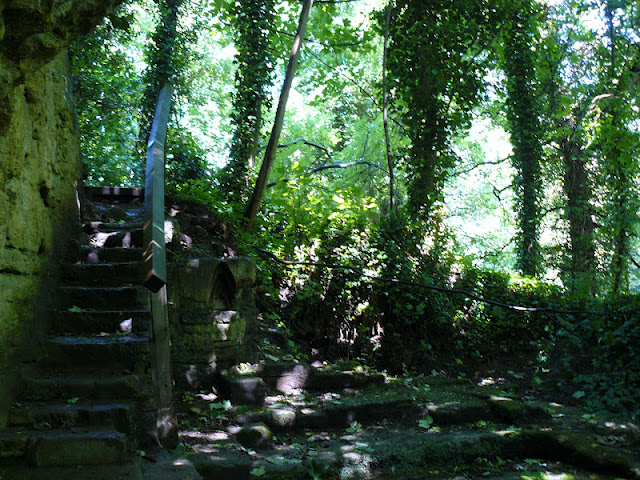 These steps lead to a hermit's cave... 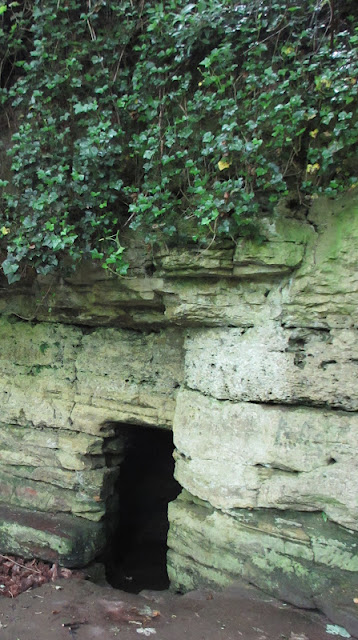 ...Saint Robert was the medieval Holy man who reputedly lived here. The cave was visited by pilgrims, in search of healing, for many years after his death in 1218. We ventured to guess that in those days the English weather was less inclement, as it is now quite deeply flooded. 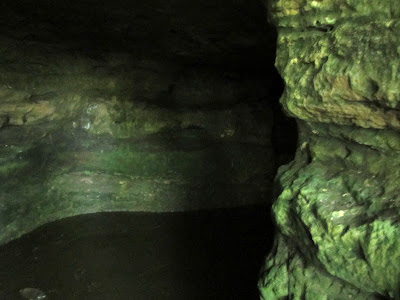 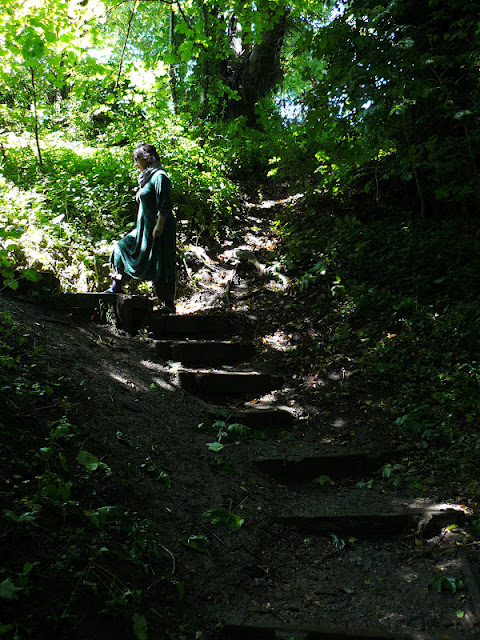 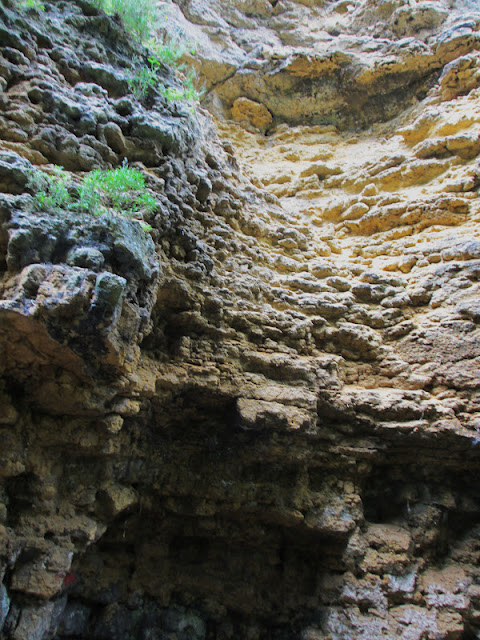 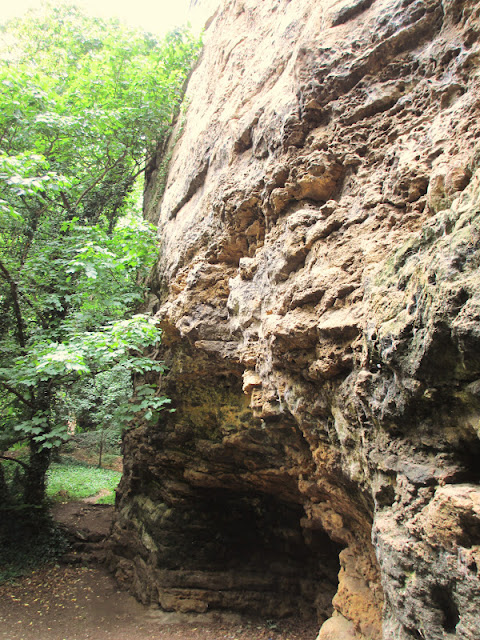 The sandstone gorge is spectacular and peppered with caves and hollows - Mr N's 6ft. tall frame is dwarfed by its height. 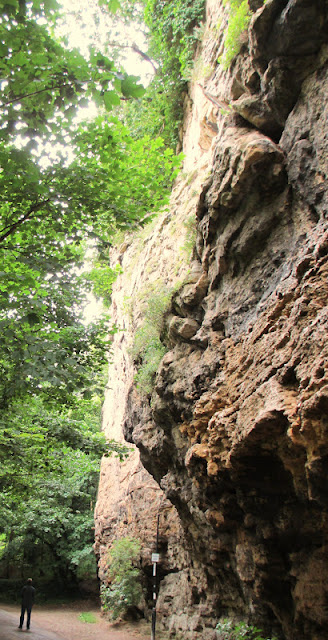 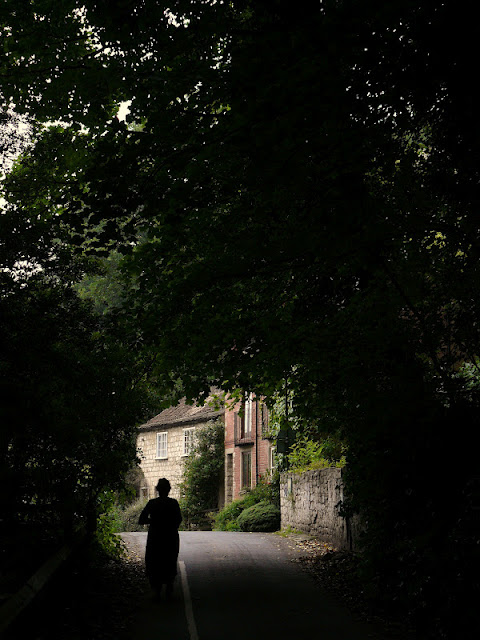 Here is the unique House in the Rock aka Fort Montague, now rather too clean and tidy. I visited it in the mid-1980s when it was unrestored, unmodernised and the enthusiastic lady who lived there, a descendant of the original creator of the building, gave guided tours which included the minute bedroom where her long-suffering, aged mother lay quietly tucked up in bed. Please click on the link for interesting description of the history of the house by its former owner. 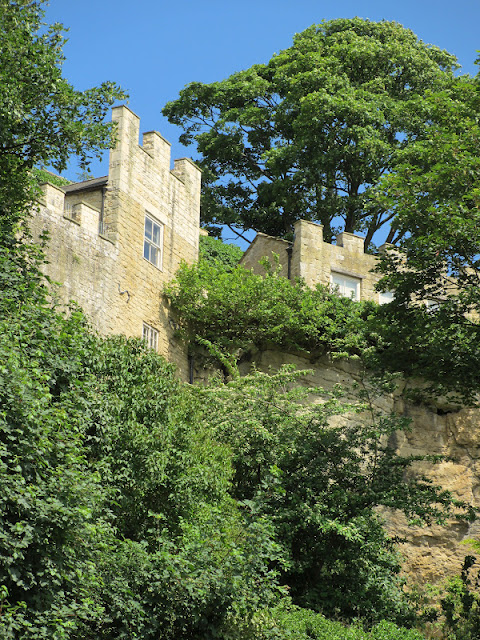 Just below the house is a tiny 15th century chapel, hewn into the sandstone and guarded by a carved knight in armour, drawing his sword. 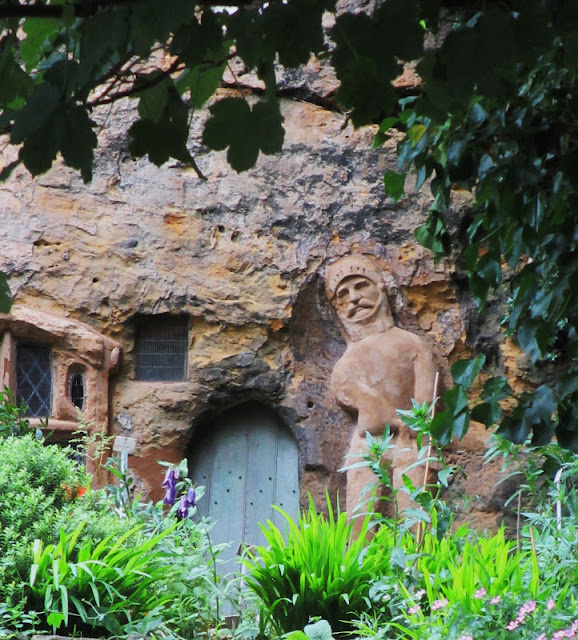 You might not believe that all along this beautiful trail we were, at various points, half a minute from a dual carriage-way, a few yards from a retail outlet (Next, Argos, BHS, McDonalds...), a hop, skip and jump from a caravan park - but we were. Take time to look around more intensely, wherever you find yourself - you may be surprised at what you see. 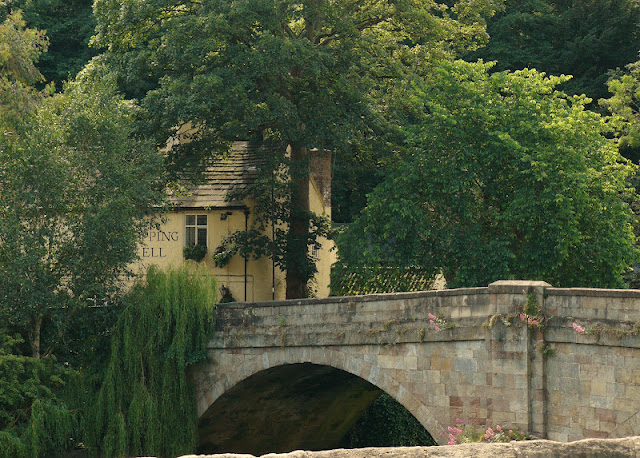