I'm not sure if I am using the Friends' phrase correctly but I certainly felt favoured when I found this fine cotton Quaker bonnet at an antiques fair in South Yorkshire on Sunday. The kindly, humble and peaceful beliefs which are the Quaker faith have always attracted and intrigued me, partly because one of my own great grandfathers was a Friend in Norwich, though he was unique in my history - it was not a family faith. 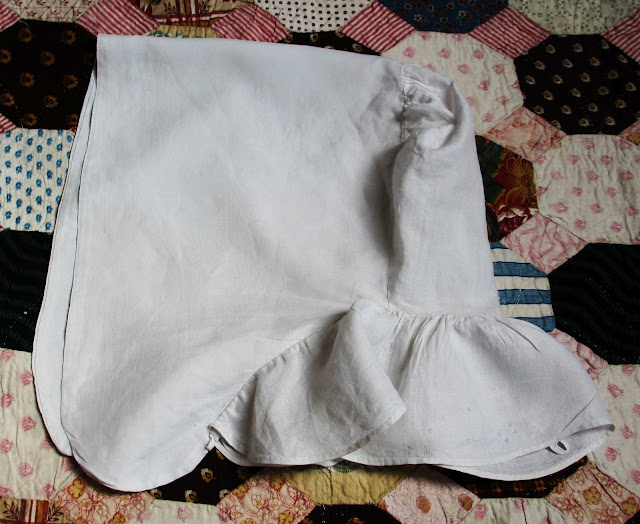 As I went on round the fair, I found another seller with two samplers whose  plain style gave their origin away. (I was thrilled to buy these too.) 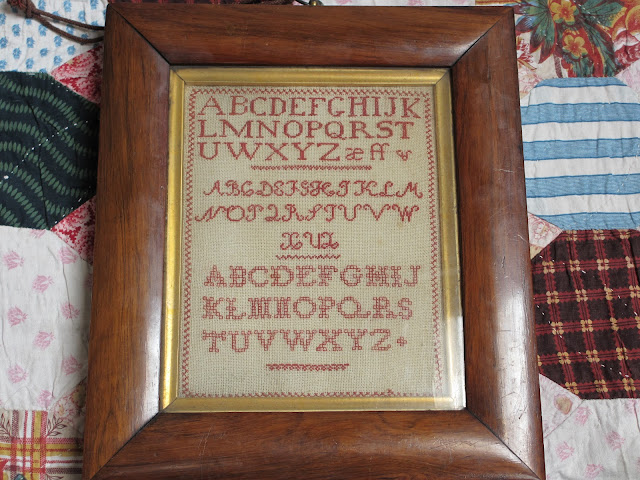 Simple Quaker samplers were worked with alphabets, often with Roman lettering and with unusual double letters as in my example above. 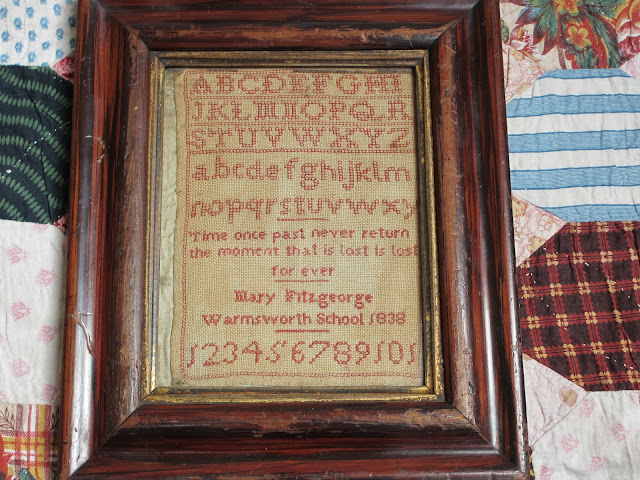 Sometimes a simple verse, with good advice, was embroidered in red 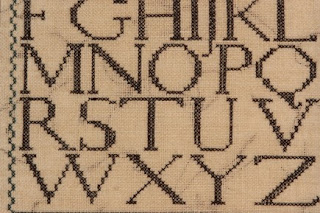 These two samplers, so similar to each other, are almost certain to be from the same South Yorkshire family, the Fitzgeorges from Warmsworth near Doncaster. Mary Fitzgeorge signed and dated one sampler in 1838.
Research was enjoyable and produced some interesting information.
One of Britain's first Friends Meeting Houses was built in Warmsworth, in about 1706, by William, son of Thomas Aldham who was a close friend and supporter of George Fox, one of the founders of the Quaker faith. Proof that there were strong Quaker connections to this small South Yorkshire village. 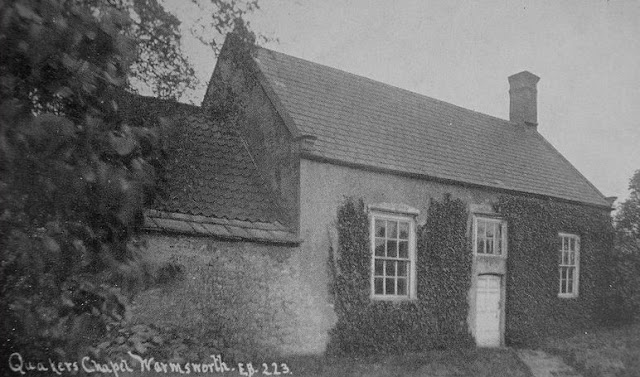 It is known that Edmund's token was a blue ribbon. 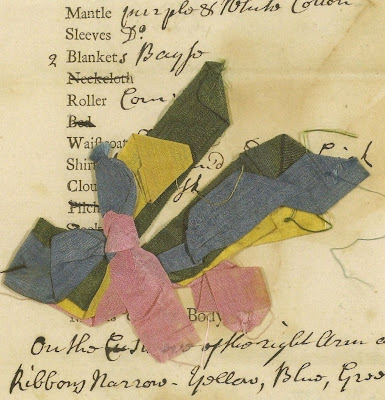