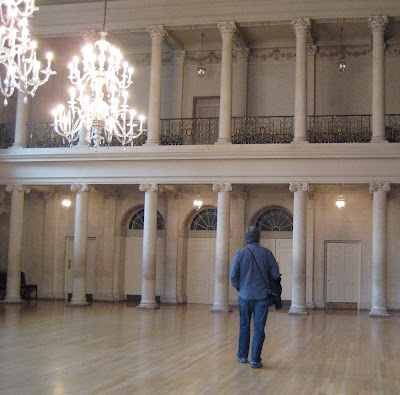 I had a job to keep up with my Mr Darcy last week in Bath, finally cornering him in the Assembly Rooms. Luckily he was as keen as I was to venture downstairs to the Museum of Costume - the gorgeous exhibition of 17th century embellished and embroidered gloves piqued even his highfalutin taste. 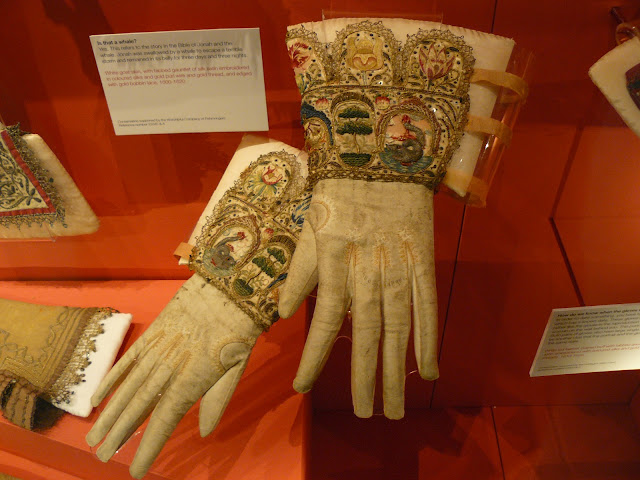 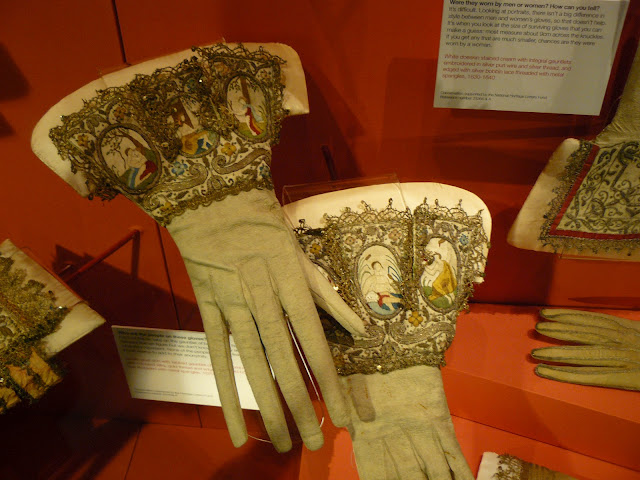 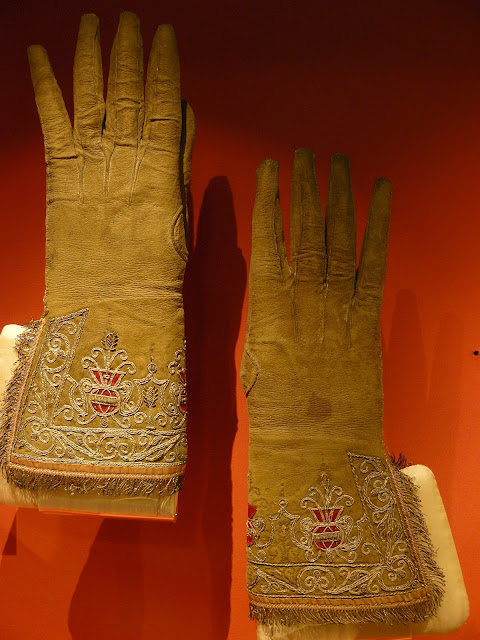 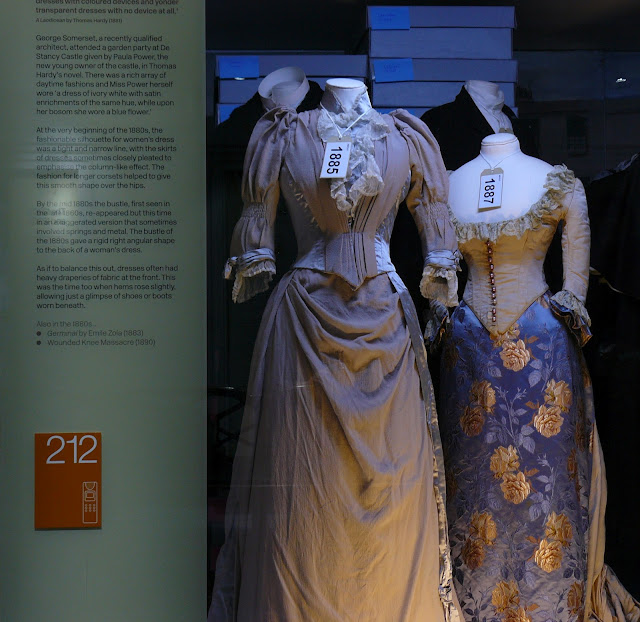 I had forgotten how cool the '80s were, if you were wealthy enough to wear Galliano. 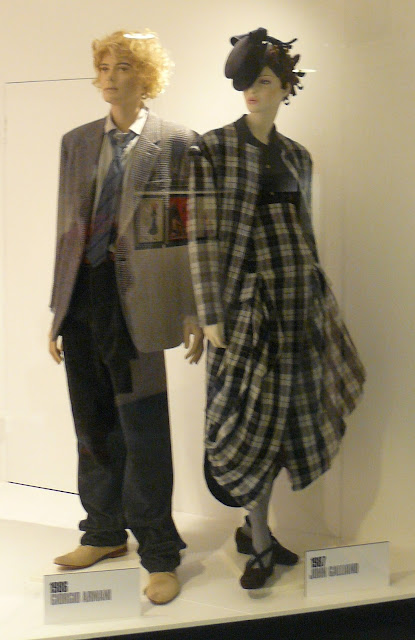 ***
Later at the American Museum at Claverton Manor, near Bath, I found a "look" that was very much to my taste. 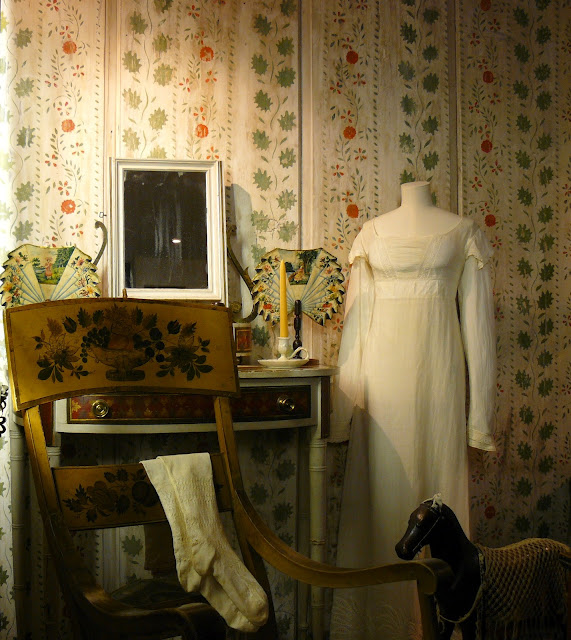 The museum also displays the original simple cotton kerchief, spotlessly clean and ironed smooth, worn by Nancy Burns a freed slave, and depicted in a watercolour of her dated 1844. 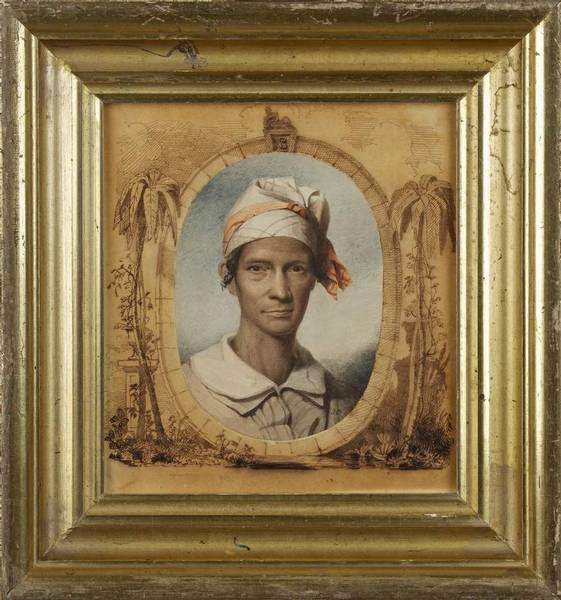 And as we made our way home for tea we found another delightful example of humble fashions in Frome - the neat frills worn by these stone maidens, carved in the late 18th century to adorn a charity school offering training in domestic skills to poor girls. ("I'll bet they're discussing that appalling pointing," said Mr Darcy.) 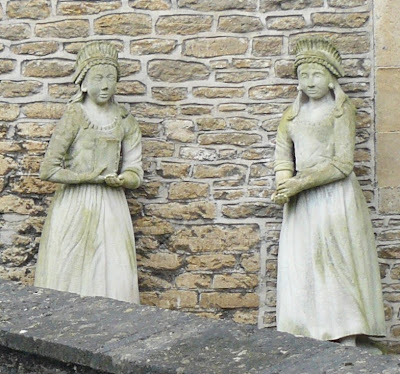 ***
N.B. Both museums mentioned above now allow photography - Hooray!
Posted by nilly at 15:38