This year is one of important anniversaries for Mr N and I - two significant birthdays, best forgotten, our 25th wedding anniversary... 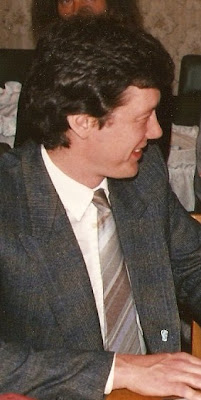 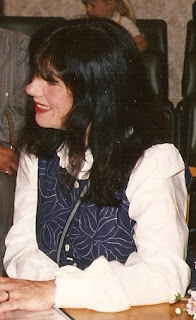 ...and, last but not least, this month Mr N celebrates his 30th year in the antiques trade.The other day I came across some of the diaries he occasionally kept during those years and he has kindly consented to let me share a few  extracts:
19th June 1999(Saturday)
Went to York racecourse Car Boot Sale. As I was walking round I heard N calling "Come and look at some cups I've spotted. I don't suppose they are anything very good." I went with her and discovered they were still on the stall. At first I first thought they were a pair of 18th century Worcester cups priced at £10 for the two. They turned out to be Chaffer's Liverpool and are probably worth several hundred pounds. We were lucky to get a second chance to buy them. 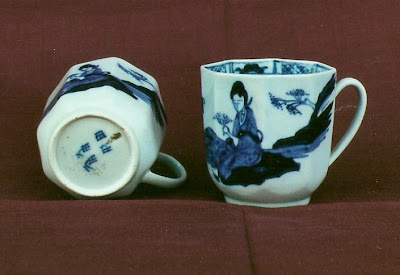 When we got home N could not resist watching Prince Edward's wedding on TV. My only observation was that Miss Sophie Rhys Jones was a perfect blend of the late Princess Diana and the late Jill Dando, so recently departed, which was a little disconcerting.
***


24th June 1999 (Thursday)
We went to the Henry Moore Institute in Leeds to see a small exhibition of 16th century boxwood rosary beads, each the size of a satsuma, deeply and exquisitely carved with religious scenes and inscriptions. 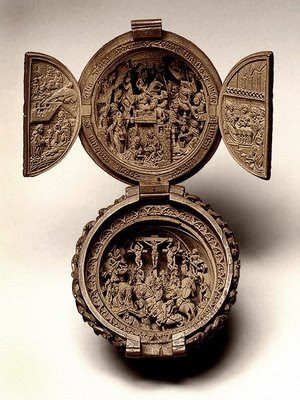 The method for viewing the pieces was interestingly contrived: each bead was placed inside a glass case with a hinged wooden lid and before every case was a kneeling-stool so that one had to adopt a position of prayer or devotion while admiring the skillful work of the sculptor through a magnifying glass, thus making a connection (in theory) with the original purpose of the object.
My enjoyment of the exhibition was somewhat marred by the fact that in our search for this exhibition, through the labyrinthine sculpture galleries, we came across a bronze plaque by David D'Anger which was remarkably similar to one I used to have (a profile of John Flaxman) and which Christie's had assured me was a late cast of very little value. Unfortunately we sold the thing last year. N believes that cognitive therapy might help me cope with such disappointments. 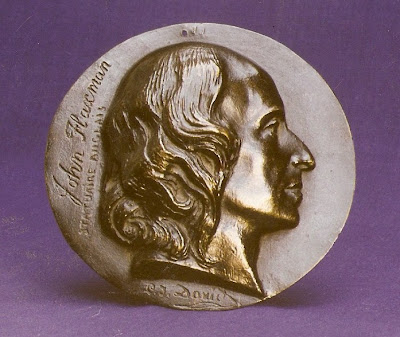 
3rd July 1999(Saturday)
According to Nostradamus the world will end tomorrow, so this could be my last diary entry, unless of course the world ends in the evening, by which time I will have already written another.
We went to York Racecourse car boot sale in overcast, sultry weather and I bought another interesting ceramic item: an early 19th century jug commemorating William the Third and the Orange Order, a worthwhile buy, I suspect. 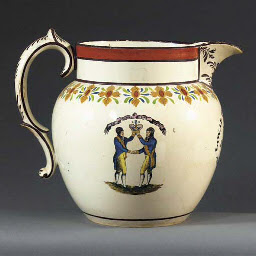 In the afternoon, went for a walk with F to the Boroughbridge canal. Looked enviously at boats, then we climbed onto the lock gates at Milby. ("Mum would have a cow if she could see what we're doing" said F.)
4th July 1999 (Sunday)
Slight feeling of anti-climax today as the world appears not to have come to an end, but there is still time...

6th July 1999 (Tuesday)
I was sitting outside in the garden, lateish yesterday, reading "The Loom of Youth" by Alec Waugh, when our neighbour A strolled up and we had an interesting, if brief, conversation about literature.
"I don't see the point", said A, "of reading about anything that's not real." He went on to demolish The Great Bard: "When I was at school, the English teacher told the class to interpret a passage of Shakespeare. I said 'If Shakespeare's as good as he's cracked up to be, why do we need to interpret him?'"
His teacher had no answer to that, and indeed, neither did I. 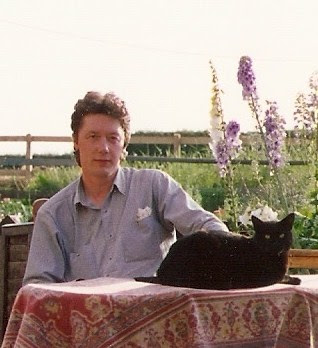 
5th August 1999 (Thursday)
We attended the giant antiques fair at RAF Swinderby in Lincolnshire today. A very hot day and my buying performance was abysmal - one silver-plated spoon-warmer in the form of a boat. N bought a large collection of worthwhile antiques - despite the heat she calmly battled on while I went back to the car in search of tea and shade. She has more phlegm than a consumptive Bronte sister. And that's not to mention her pith! 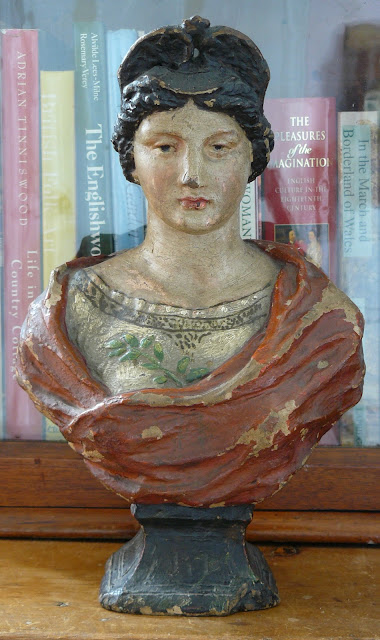