Valuable Jewellery is not My Style.

I do hope V feels the same way because I gave her a Tatty Devine necklace for Christmas. 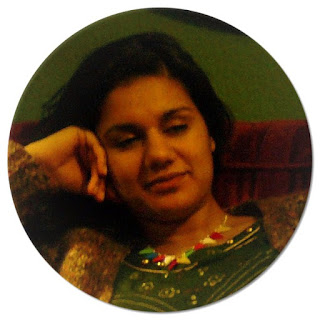 The only priceless piece I've ever coveted can be seen at Ellen Terry's house, Smallhythe Place in Kent - a long necklace of large beads, valuable only because of its provenance. 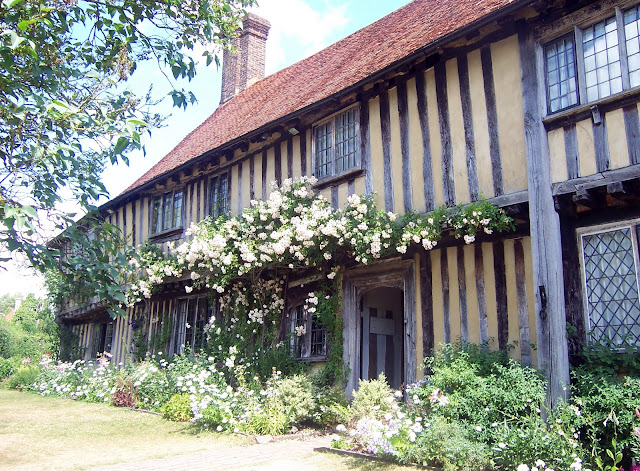 Ellen wore it often in later life and now it is safely locked inside a glass case on this table. 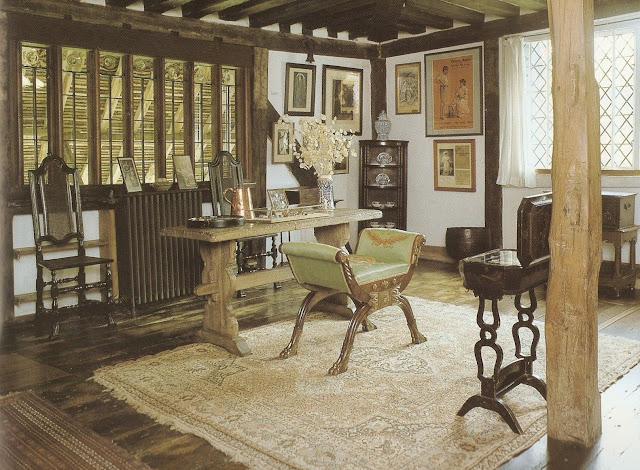 She called these her Friendship Beads, each bead given by a dear friend - some semi-precious, many from distant countries, the whole piece evoking exotic imaginings as well as fond memories. They look rather like these. 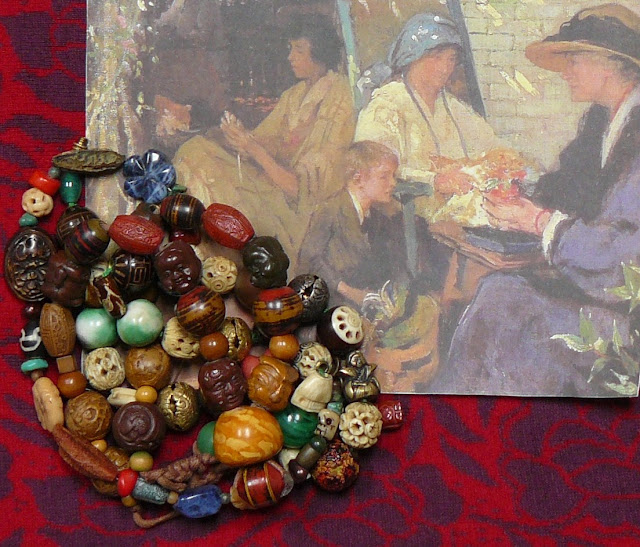 When I first visited Smallhythe I was inspired to make a Friendship Necklace of my own, but I decided that given the number of dear friends I have who would be willing to hunt for exotic beads on my behalf it could turn out to be a rather close-fitting choker...


Even when I was a child colourful beads were my favourites, never gold and silver, and, as I was a good little girl, my Mother's friends would bring me treasures when they visited. 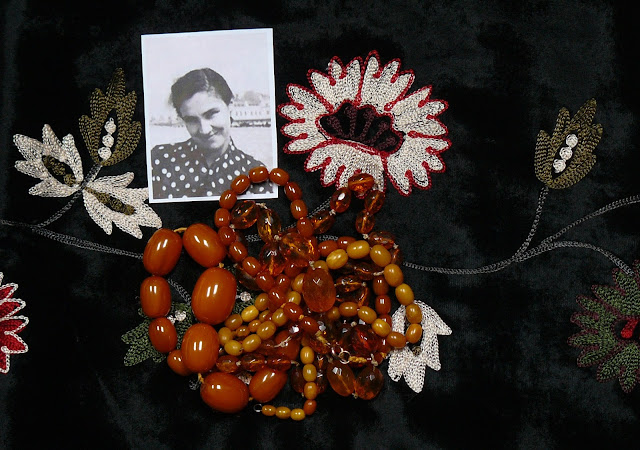 Other trinkets, memories in the making, came my way. My Great Grandmother gave me her lace collar with a brooch made from a Georgian brass watchcock by her partner, the mysterious Mr DeBacker. Mr D. was a watch repairer by trade. He sat working at a table, laden with the tools of his trade, in the basement of her early Victorian house and, as far as I can remember, never spoke a word to me. My mother explained that he was Belgian so barely understood English, but now I know that he was born in Bristol, of Belgian parentage, and suffered many tragedies before Great Granny took him under her wing. 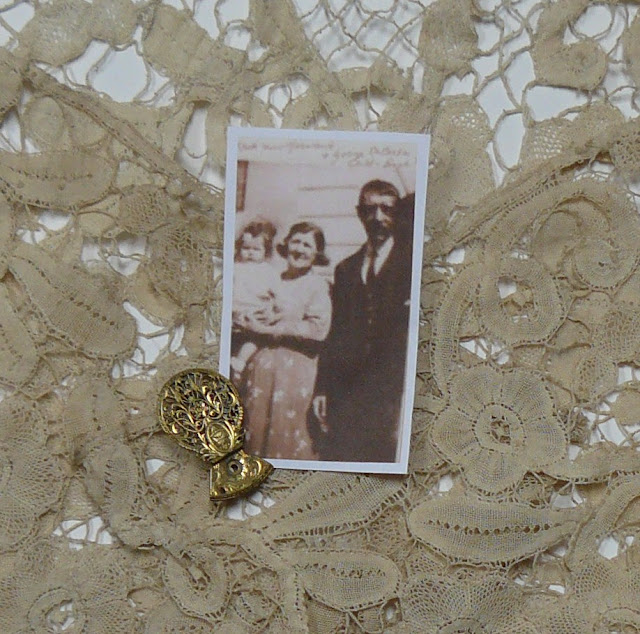 ***
Recently a younger friend, a child of the'70s, expressed great surprise when I told him that the vogue for vintage was all the rage in the 1960s. We Dolly Birds discovered jumble sales and junk shops - there were fusty second-hand clothes shops still selling Edwardian finery, only recently donated by Queen Mary look-alikes - toques, boas and muffs!  We drifted about in starched white petticoats and camisoles and cruelly pruned the skirts of '30s floral tea-dresses to turn them into minis. My best friend dyed Liberty Bodices (see below) in pastel shades to make tiny summer tops. We favoured children's clothes - the skimpier the better. 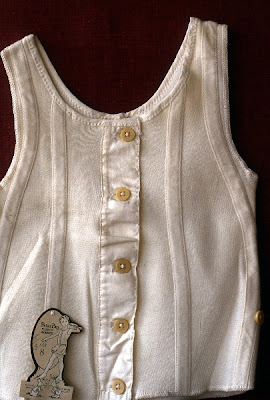 My taste was for the Victorian and I still have a favourite beaded ribbon neck band, though sadly it is a little too tight these days. 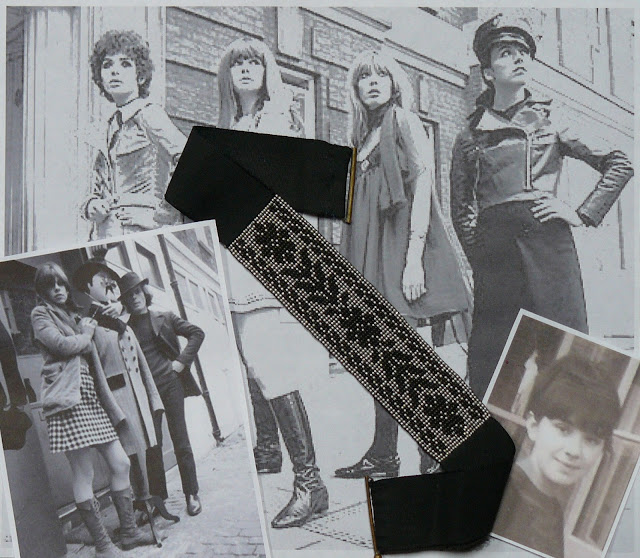 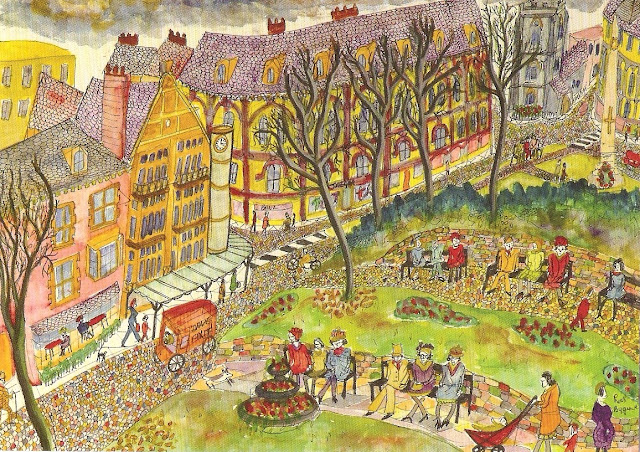 By the time I was a young Mum I lived in lovely Harrogate and I had a friend who opened - guess what - a vintage clothes shop! I painted Art Deco-style wooden jewellery for her to sell. About 20 years later I went, by chance, to a Harrogate jumble sale and found one of my creations. It needed re-threading, but my pleasure at finding an old friend to mend and wear myself outweighed any sadness that someone had seen fit to throw it out. 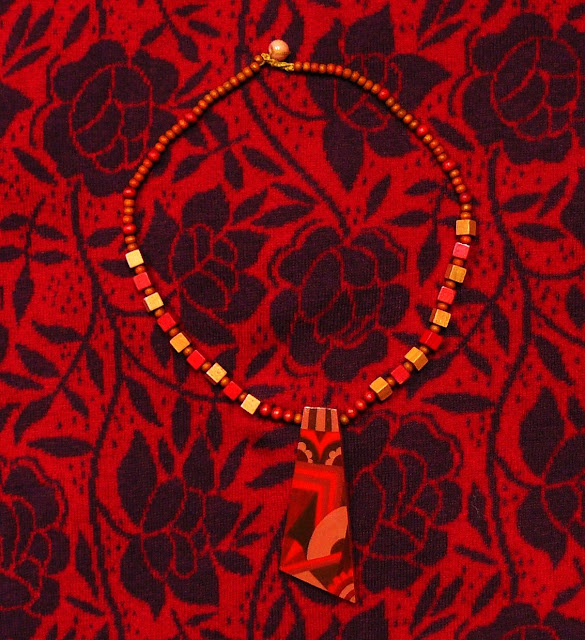 I still think plastic is very fantastic - these old sea-gull brooches take me straight back to Sandwich Bay, circa 1988, for instance. Like Ellen Terry's necklace, my box of junk jewellery is a treasure trove of memories. 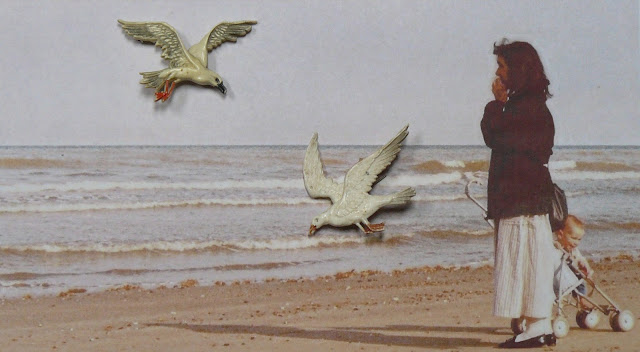