Carrying on the theme of humble ancestry, I have been contemplating the life of the laundress in the 19th century. Mr N and I each have a many-times great grandmother who supported her family by this means (Mr N's was a rarity amongst the almost-gentlewomen who were the wives of the goldsmiths, clock makers, master mariners etc. in his background - mine was yet another poverty-stricken, heroic woman carrying on regardless after her husband's demise, he being worn out by a long spell of transportation on a convict ship and hard labour in the West Indies.) It seems it was quite usual for a community to donate a wash-tub or, later in the century, a mangle to a widow with children, so that she could support her family at home. Early in the century ashes and urine were mixed to make lye which was good for soaking whites as it helped remove stains and grease. The addition of animal fat to lye produced an effective soap, but washing clothes was still a lengthy process which took several days and demanded great stamina. 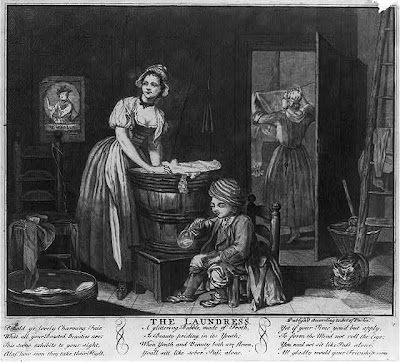 We have seen quite a few 19th century wash-houses and laundry rooms this year, as we enjoyed our hard won right to wander, unrestrained, through England's treasure houses, paying our respects to the stalwart souls who kept life sweet and comfortable for the privileged few. 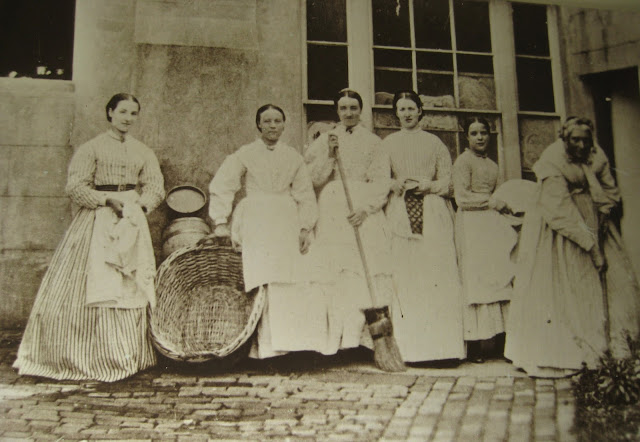 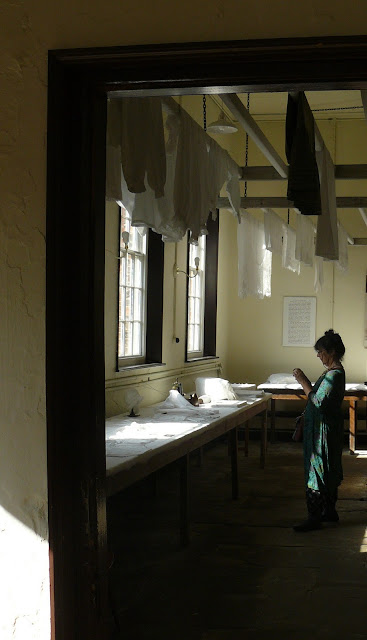 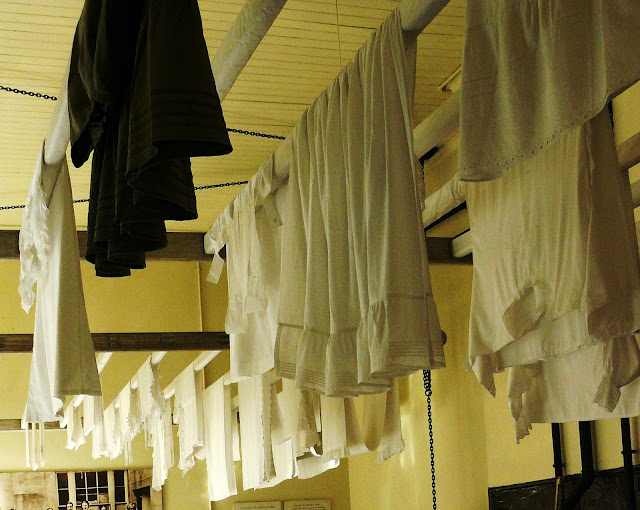 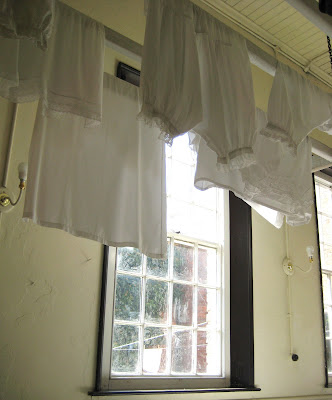 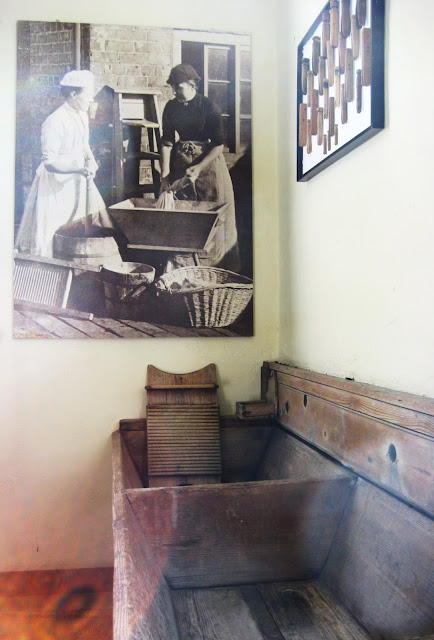 Mr N also has ancestors who lived on the moors of North Yorkshire - farmers, stonemasons and thatchers who lived in houses like this one at the Ryedale Folk Museum at Hutton-le-Hole. 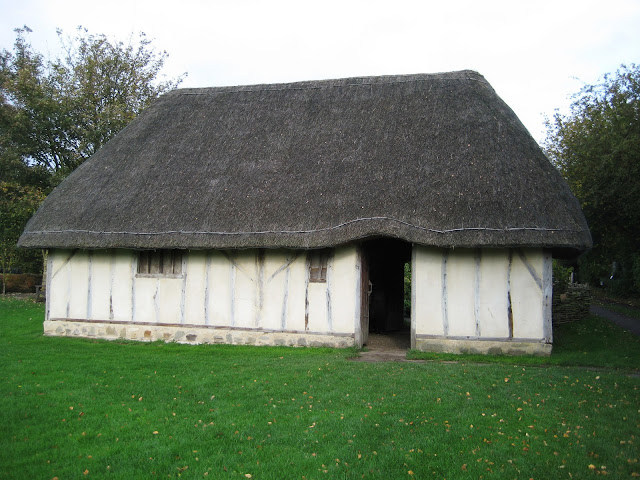 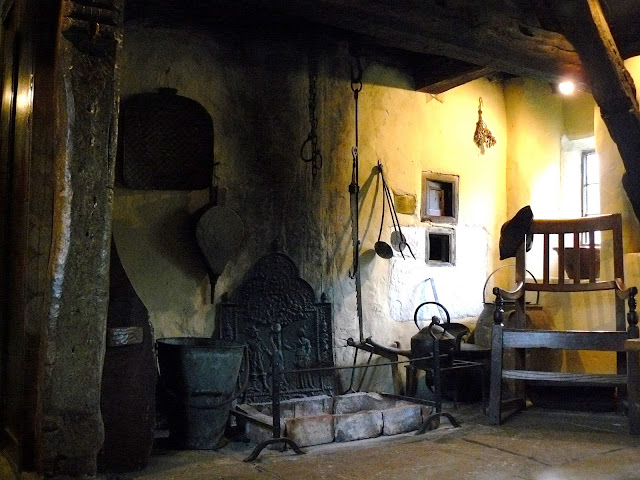 The wash-houses here are orderly and well equipped, as be-fits a Yorkshire housewife. 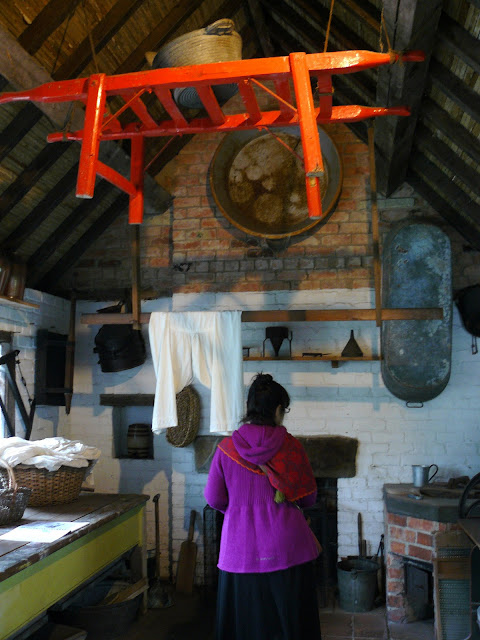 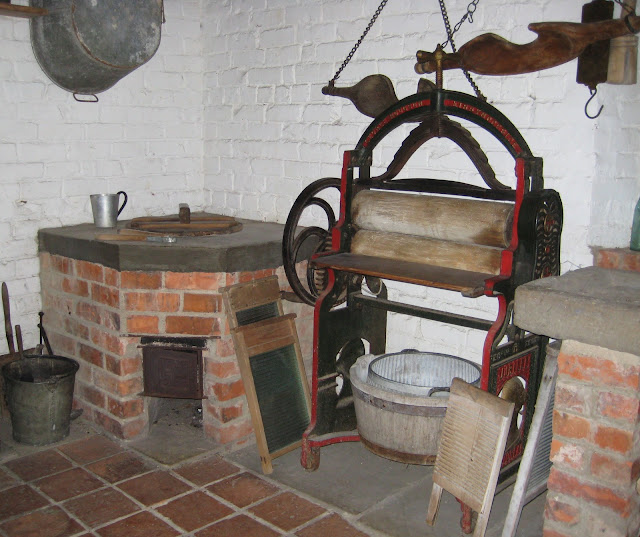 I doubt that the good woman who laboured here had to travel as far as Mr. Turner's establishment in Leeds for her mangle or her washboard... 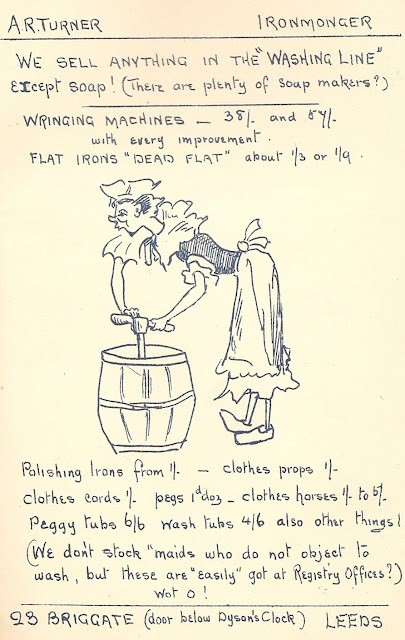 ...and even his lively imagination might not have envisaged the way in which the humble dolly tub is used today - nor how much these desirable planters now cost. 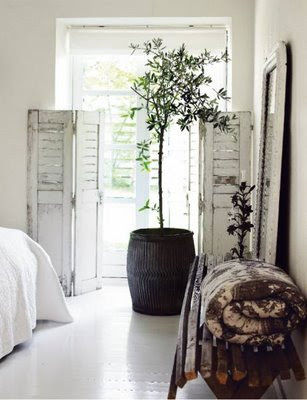 ***
A little-known fact - in the mid 19th century the aspirational middle classes thought having a weekly washday was a sign of poverty and lowliness. The more well off a family was, the more changes of linen its members were supposed to possess and so their laundry was done every 6 weeks or so.

If you would like to try laundering in the old way we are adding a wonderful antique wooden washing bat to our eBay listings this evening, all pale and weathered with ancient initials carved into it.
***
Posted by nilly at 12:08