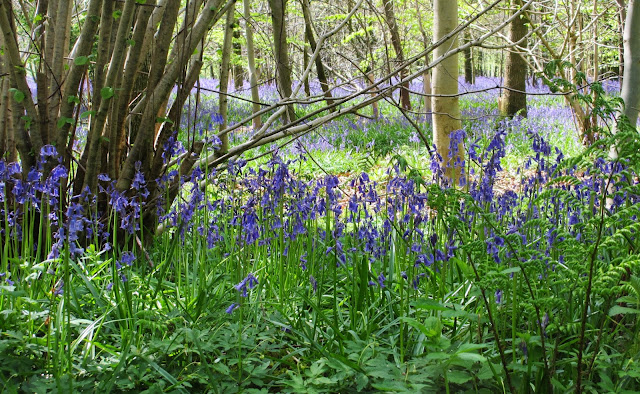 Yesterday Mr N, out cycling in the sunshine, encountered a bluebell wood,
"We must go for a walk there tomorrow!" he said - so we did. 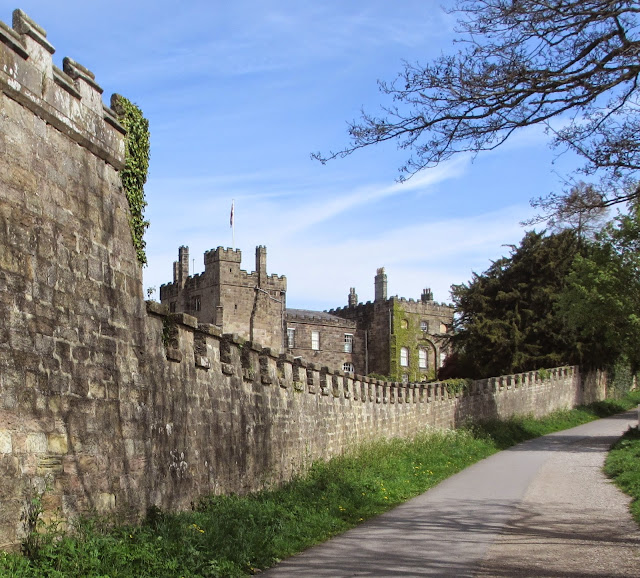 Setting out from Ripley, a quaintly feudal model village near Harrogate, we wandered down Hollybank Lane which is bordered on both sides by woods. The Ripley estate has been owned by the Ingleby family since the early 14th century. They have, on the whole, been benign overlords, thankfully not quite as eccentric as their close neighbours the Mountgarrets, of nearby Nidd. In 1982 the 17th Viscount Mountgarret became famous for taking pot shots at a hot air balloon that drifted over his grouse moor. He hit the pilot in the neck and ripped a 6 foot gash in the balloon - and got off with a £1000 fine.
Flowers of all kinds showed their colours 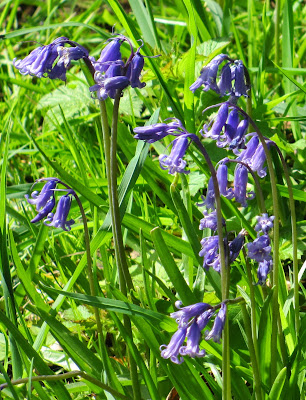 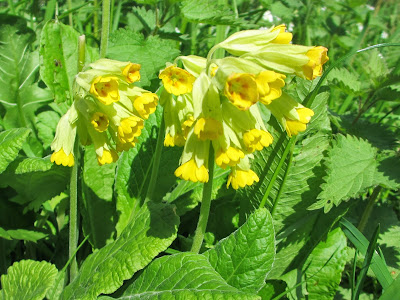 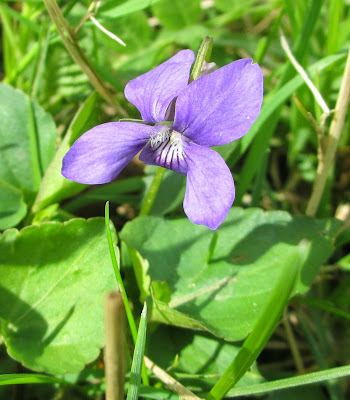 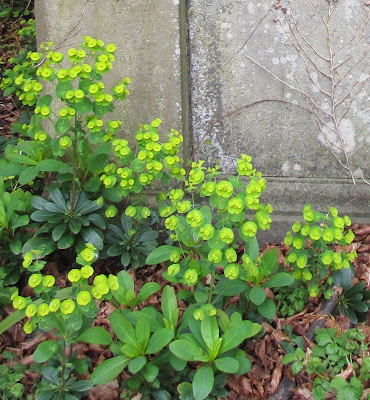 even the greens put on a good show 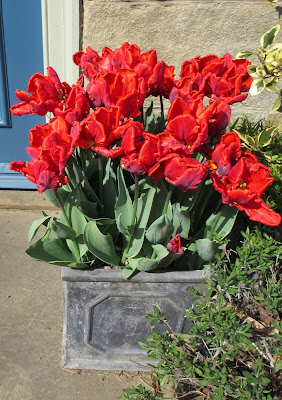 and here in one garden my favourites - sadly, not at their best. 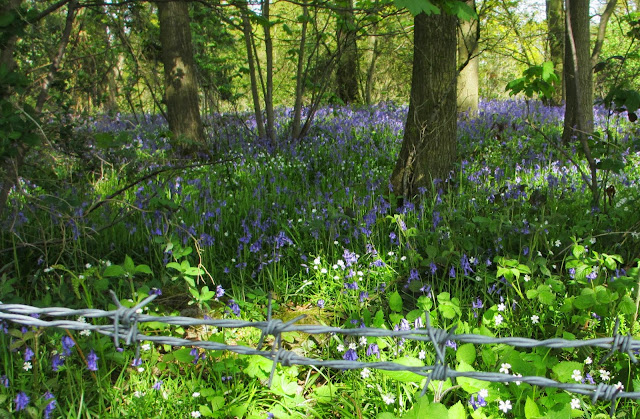 We weren't actually allowed into the bluebell wood, but it was still good fun. 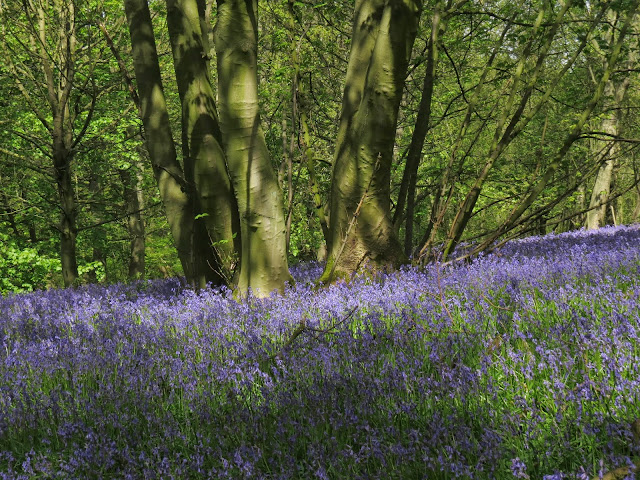 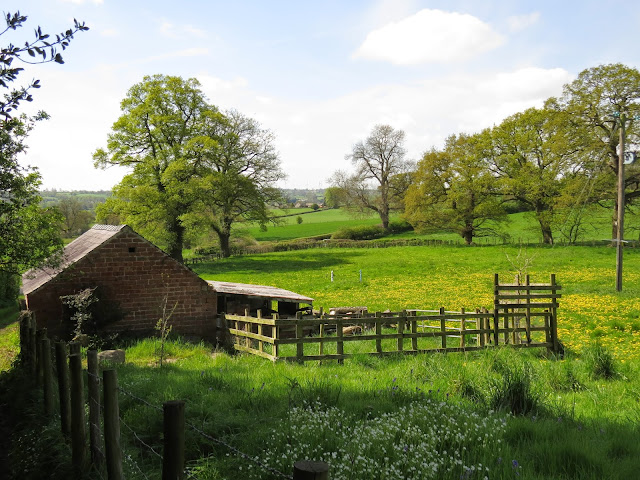 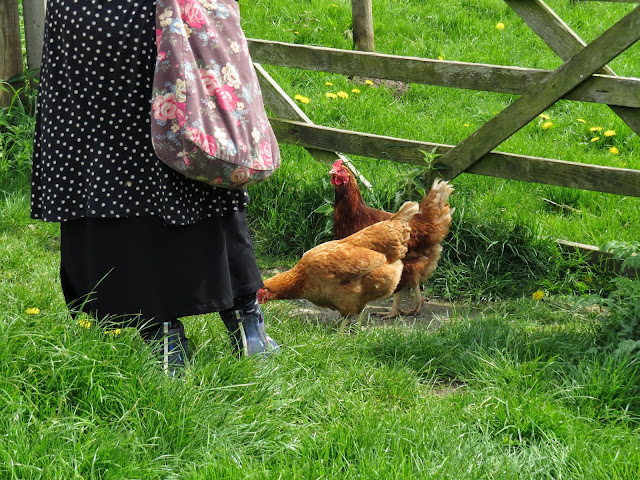 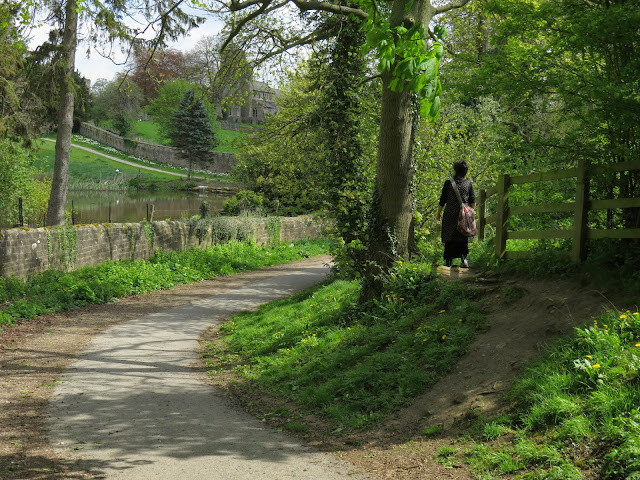 Well, until you turned up the volume...
His Lordship has to earn a crust. 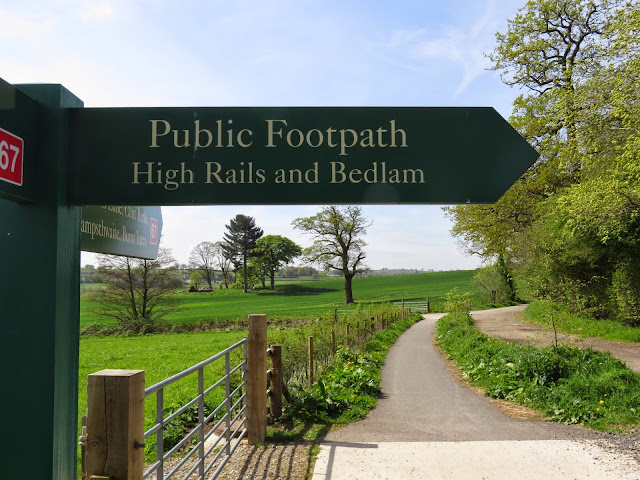