BELSAY - NOT FADE AWAY 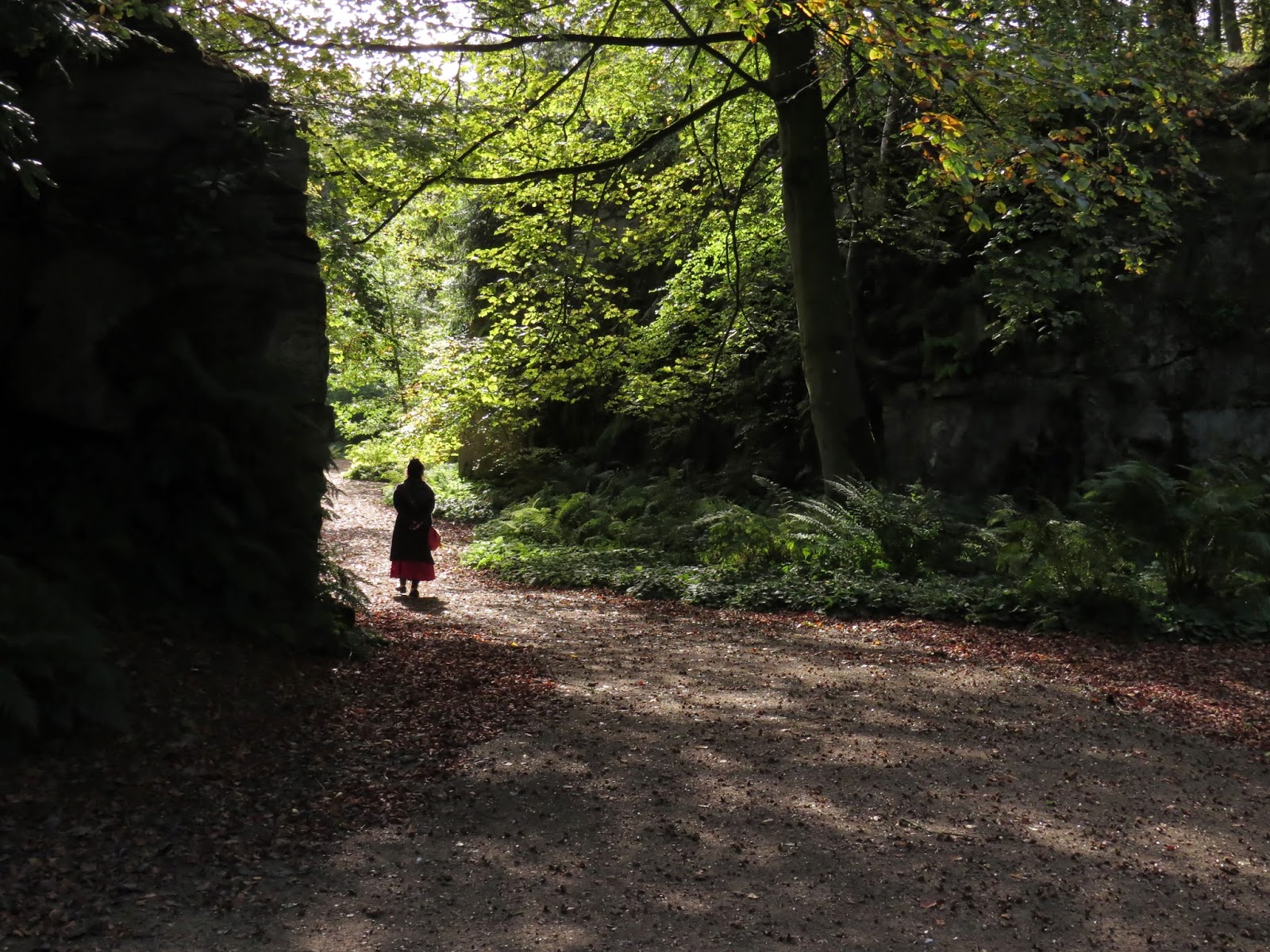 Belsay Hall in Northumberland at this time of year - soft autumnal colours in the gardens contrasting with, yet subtly echoing, the hall's faded interiors. The hall is Greek Revival in design and, from the outside, is so clean-cut and solid it could have been plonked into the landscape yesterday, or at least in the 1920s. 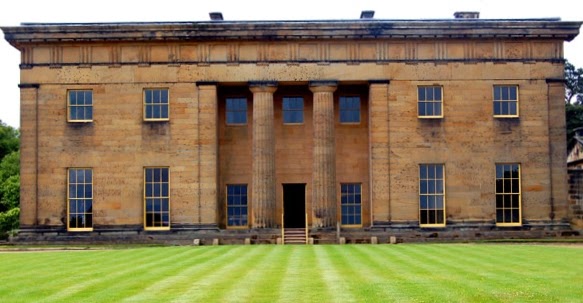 
Designed by the owner of the nearby and much more romantic Belsay Castle, Sir Charles Monck (formerly Middleton), in the first quarter of the 19th century, it is a perfectly square, austere and coolly classical box-like building. The guide book tells us;


" Much as his neighbours might admire Sir Charles's strength of character in the design and building of the hall and Lady Monck's forbearance in living there, Belsay was never likely to attract many imitators. It is the special quality of Belsay that everything - plan elevations, detailing, proportion - is subjected to a ruthless rationality such as architects can rarely impose on their clients but which the gentleman-architect could impose on his long-suffering family."


I wonder if Lady Monck would have preferred to live among the antique charms of the medieval Castle, circa 1370, now a picturesque ruin? 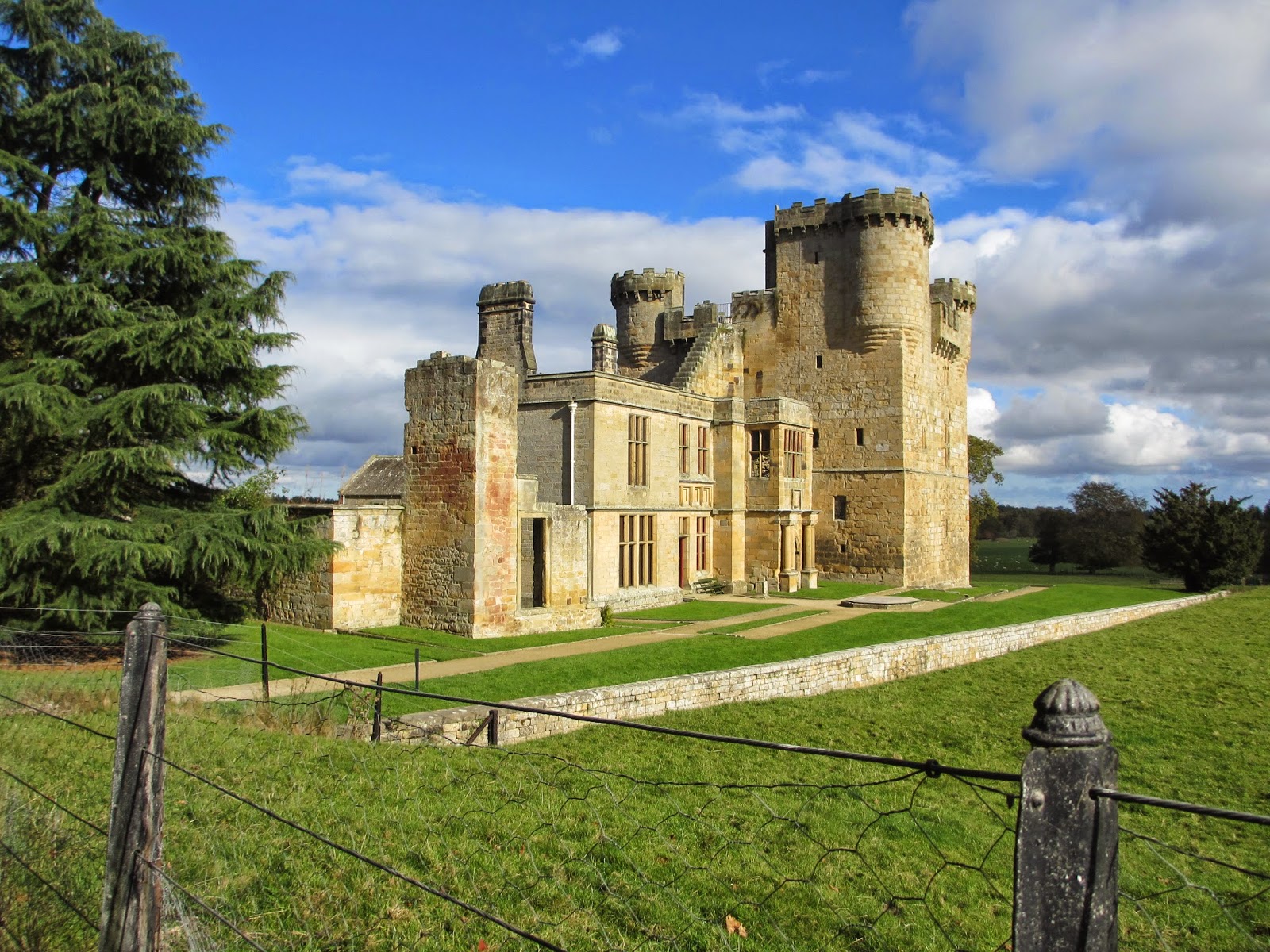 Belsay Castle.
Sir Charles's determination to keep the external appearance of his new building starkly pure led to its downfall. He created an internal drainage system to ensure that no gutters or piping would detract from the grandeur of his building's exterior. In time this caused a problem with damp which, in part, led to the end of its use as a family home. Now, thanks to English Heritage's care, we can enjoy the architectural detail and worn surfaces of it's interiors which are echoed, in Autumn, in the exotic quarry gardens outside. 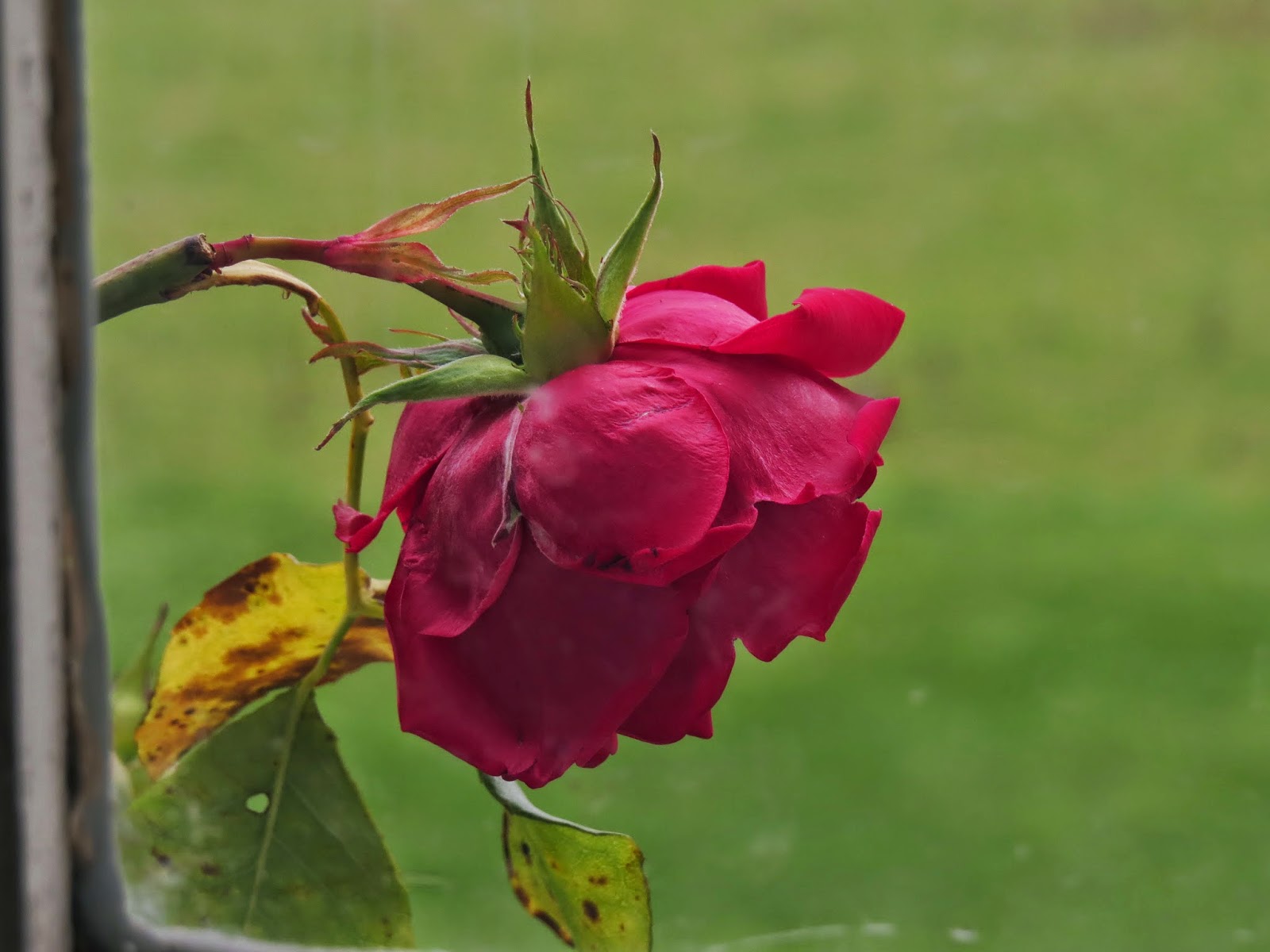 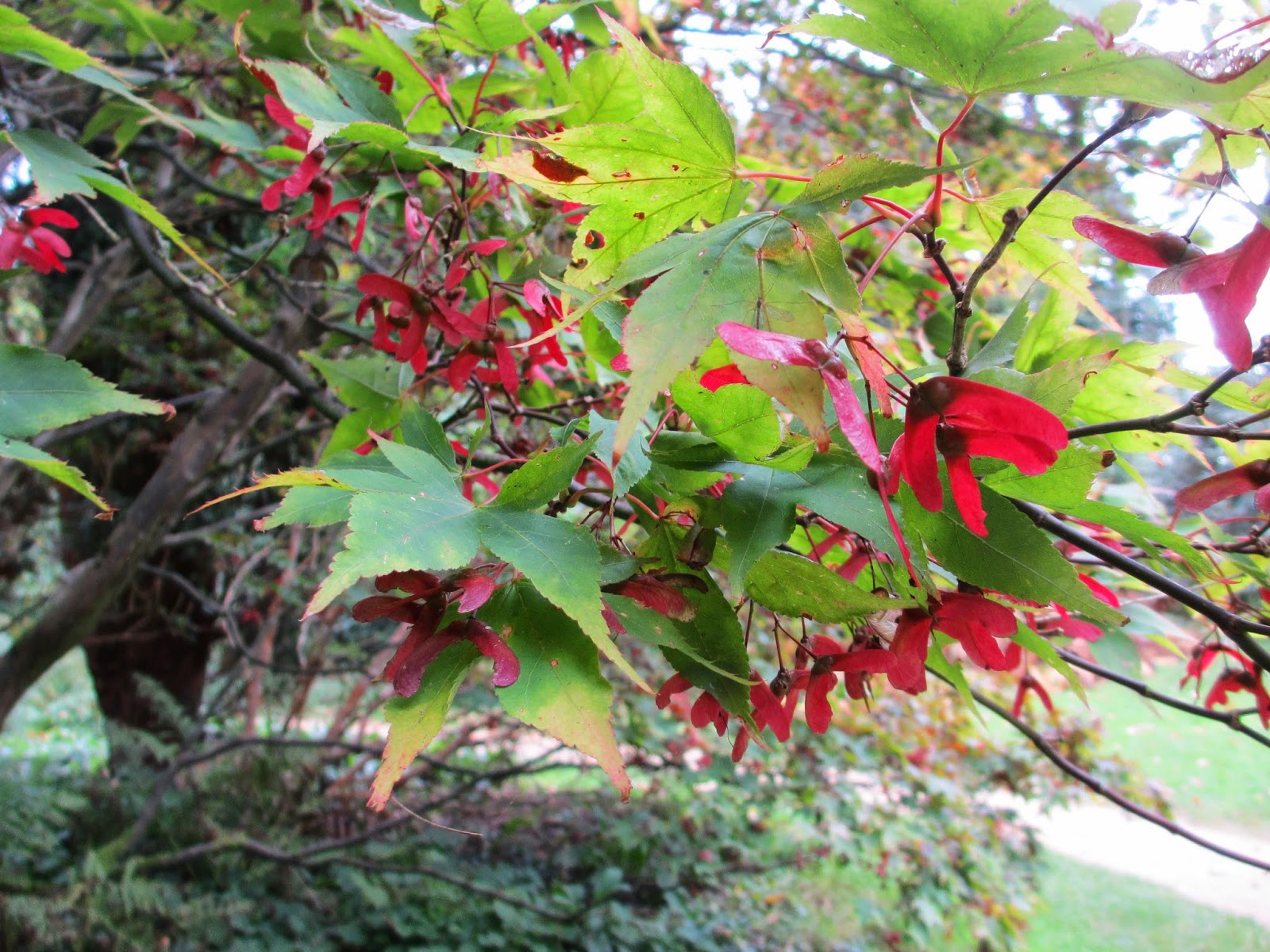 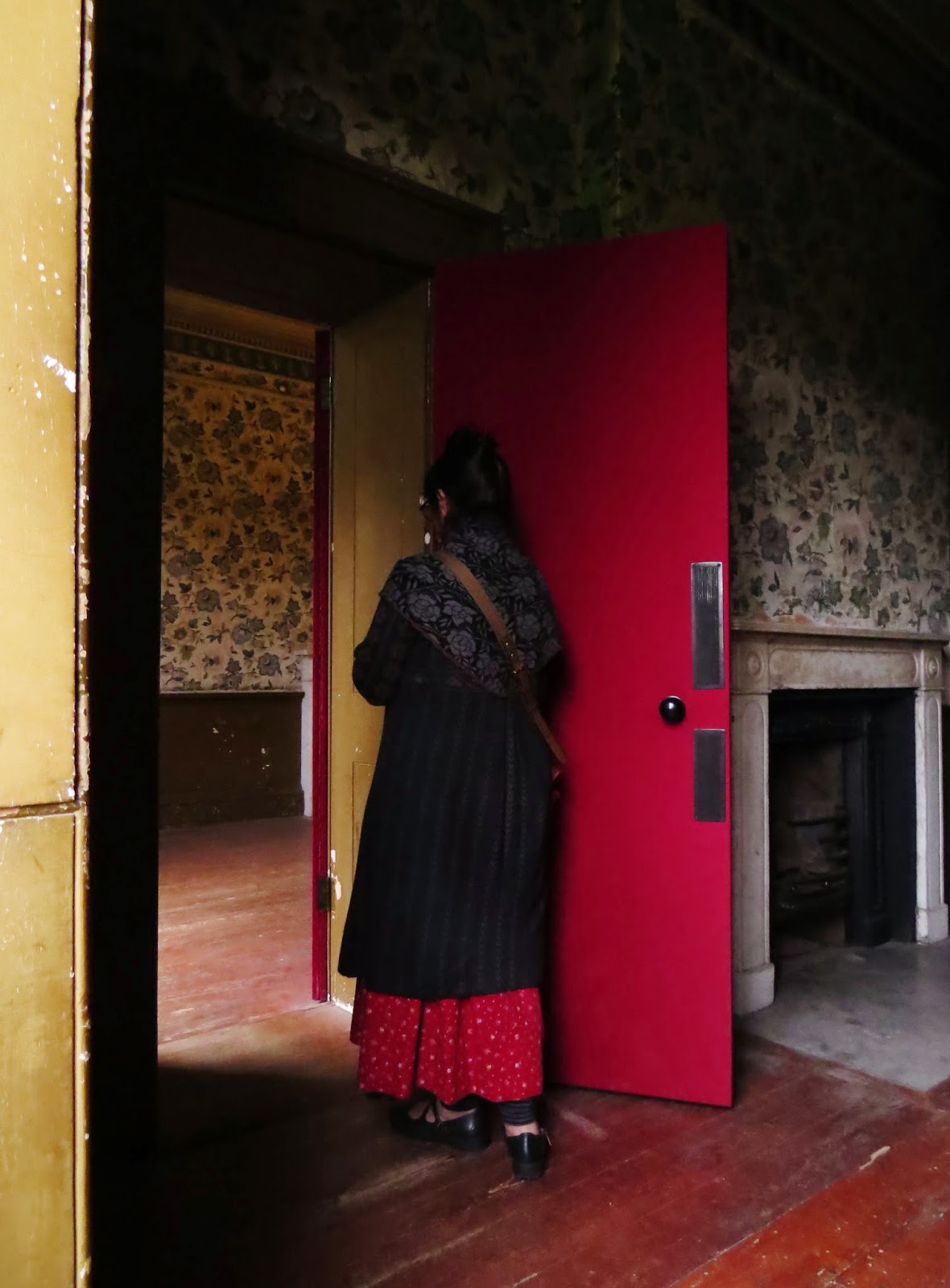 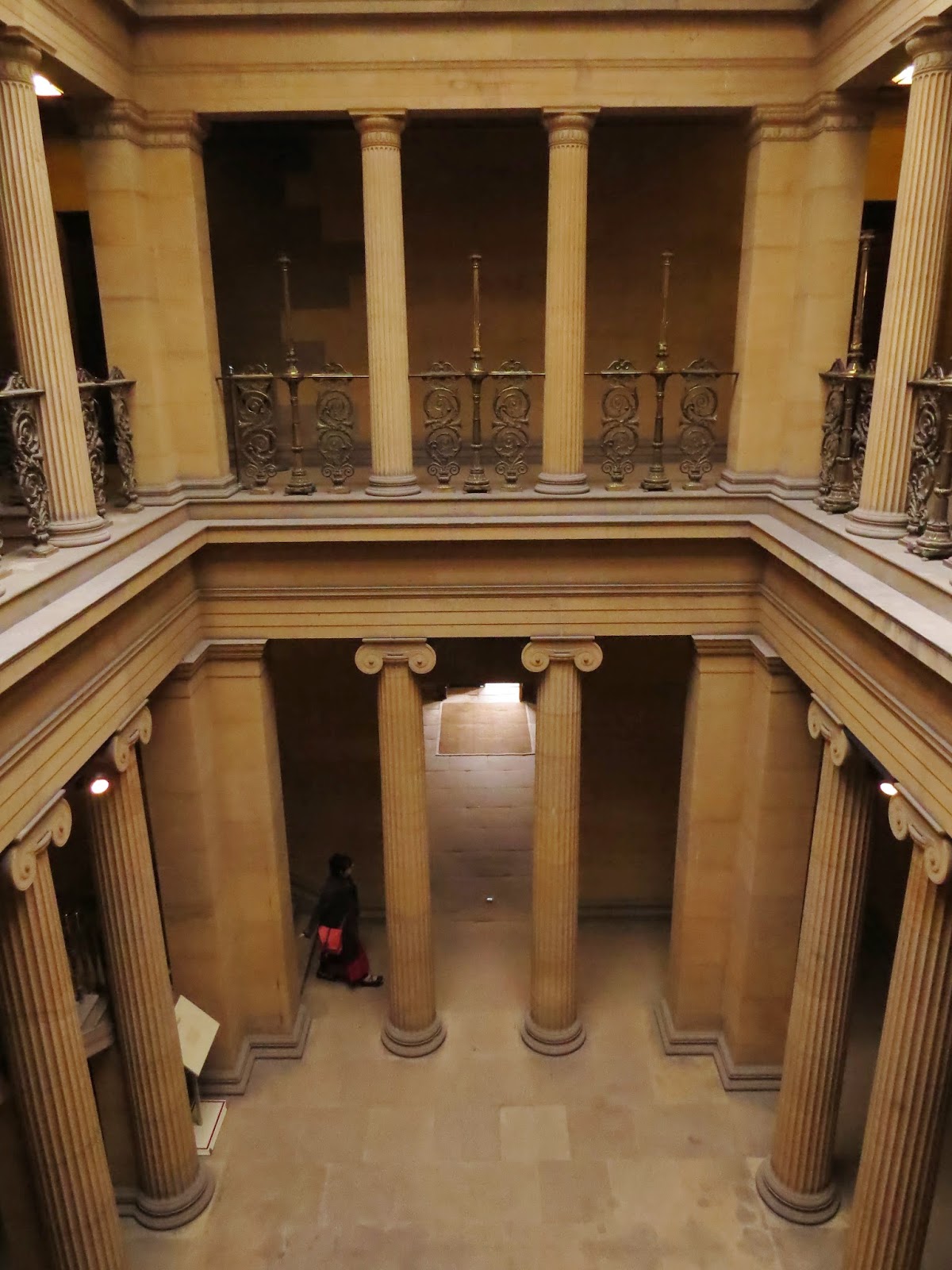 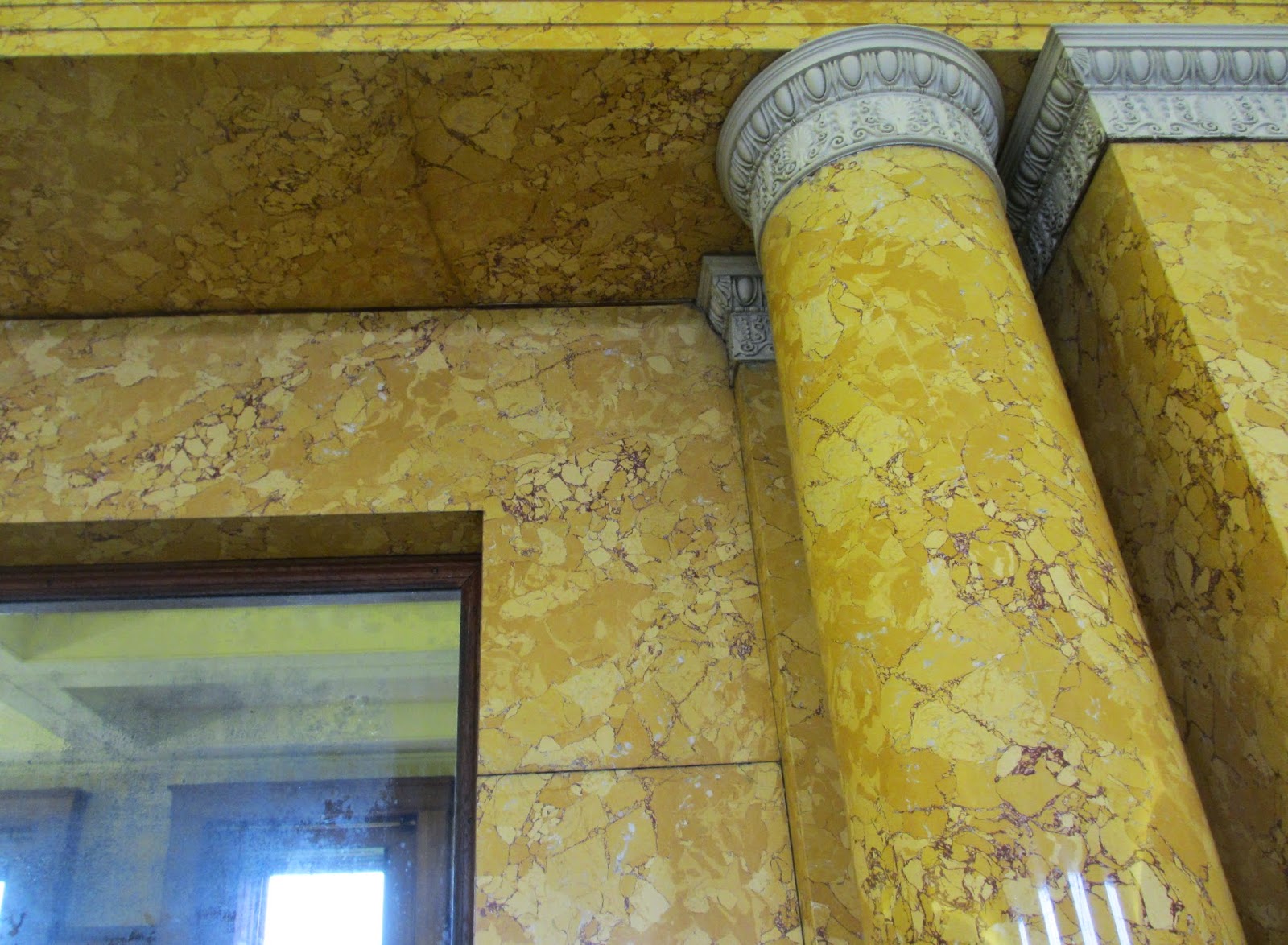 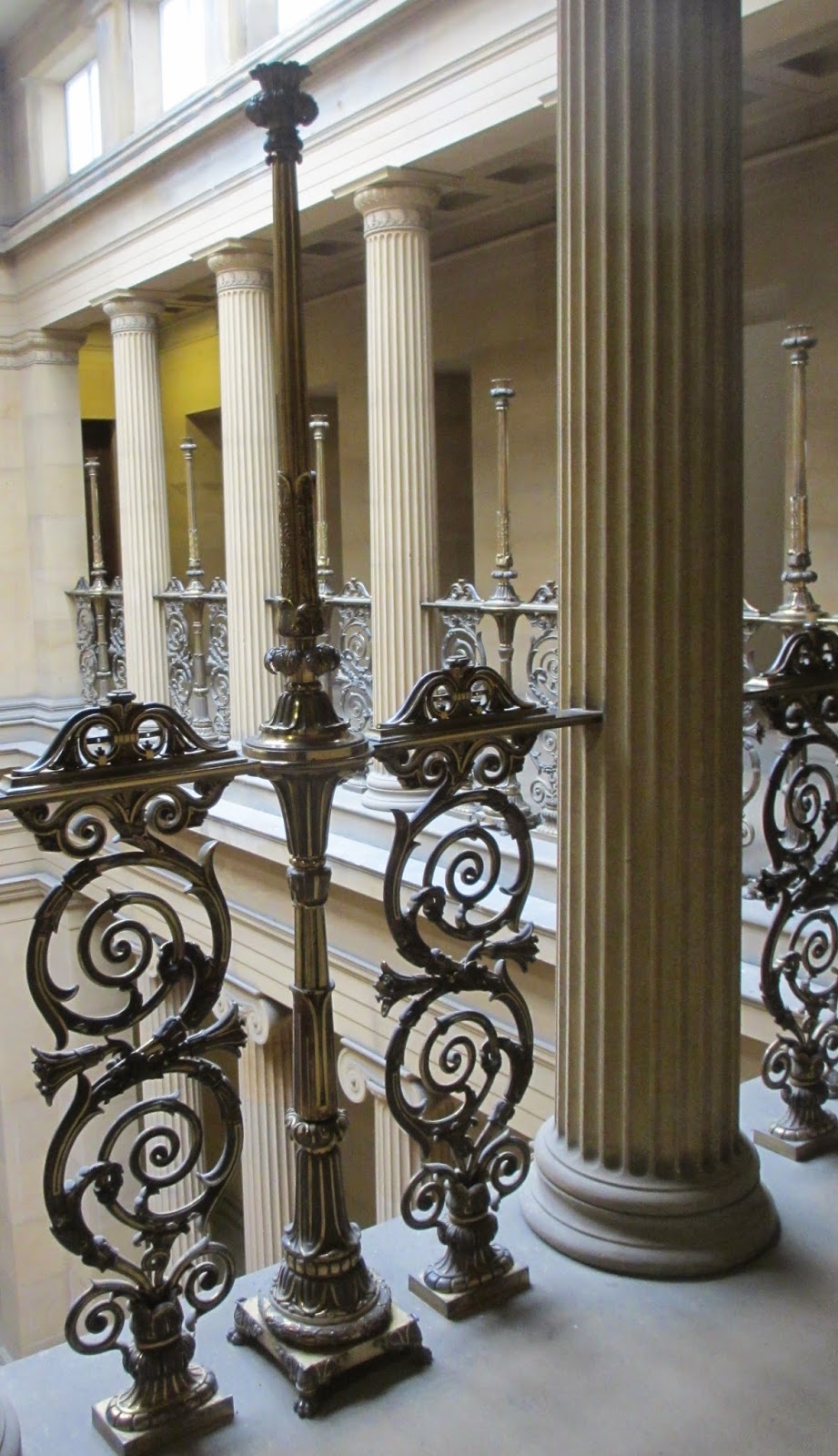 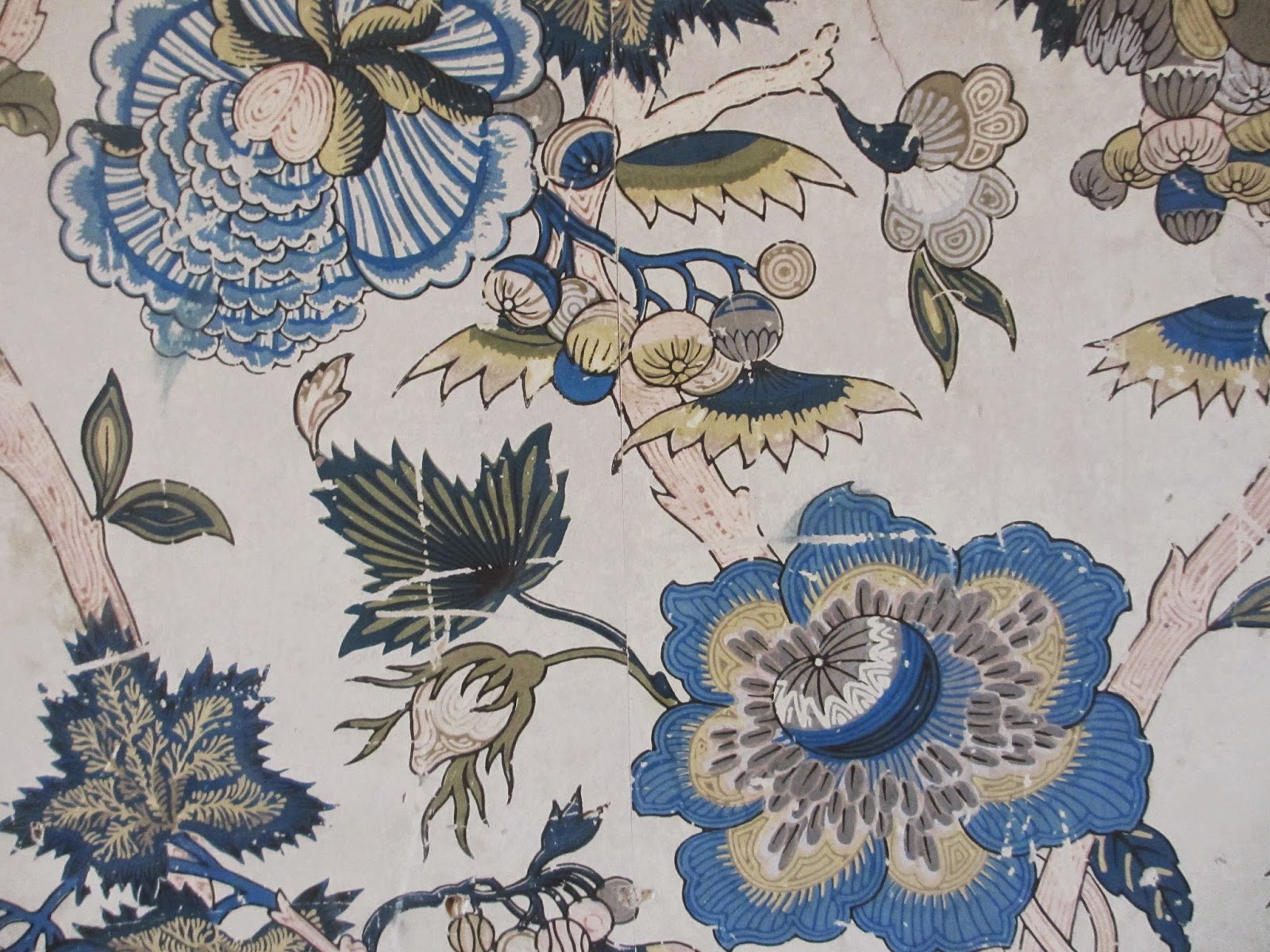 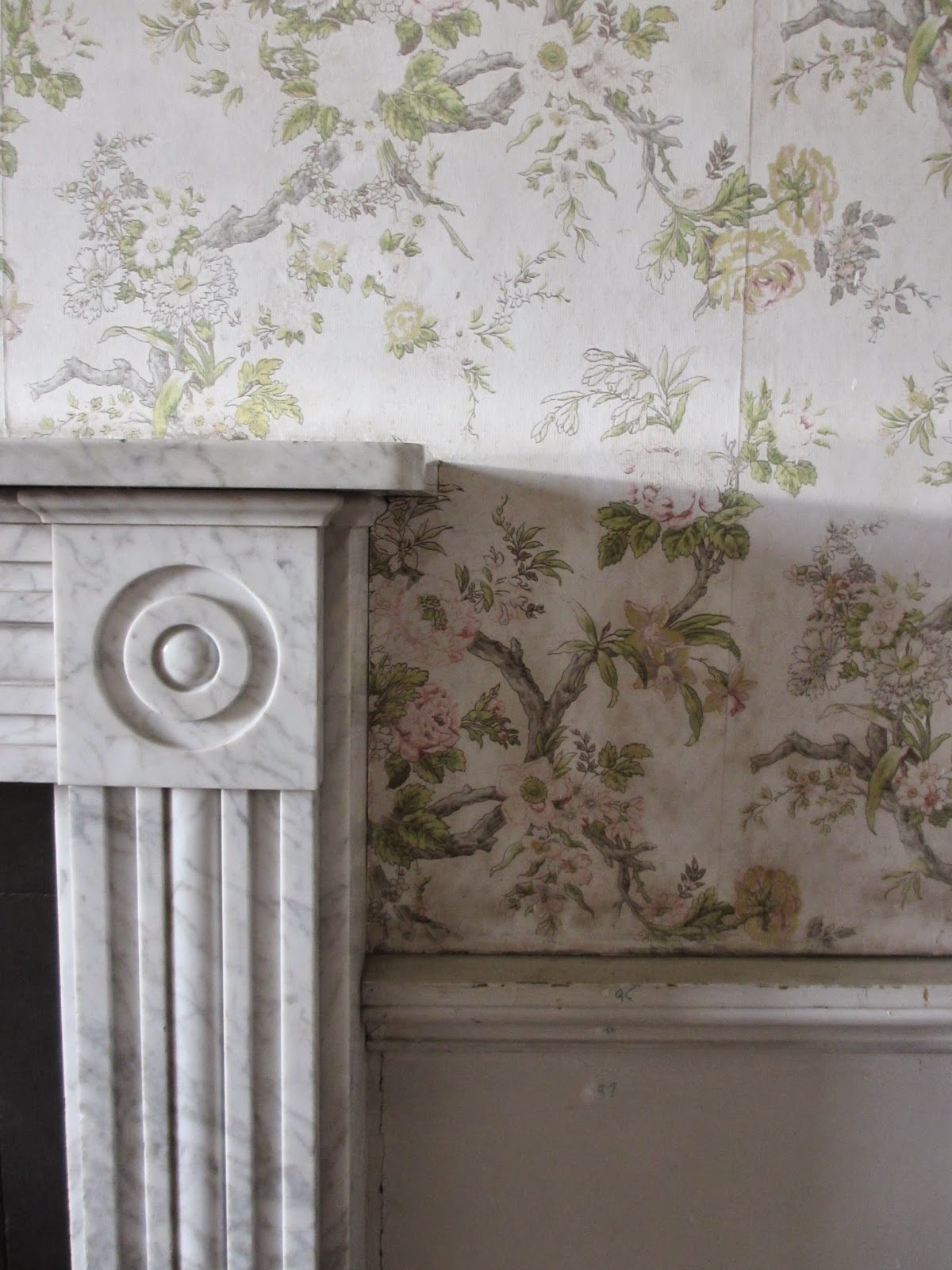 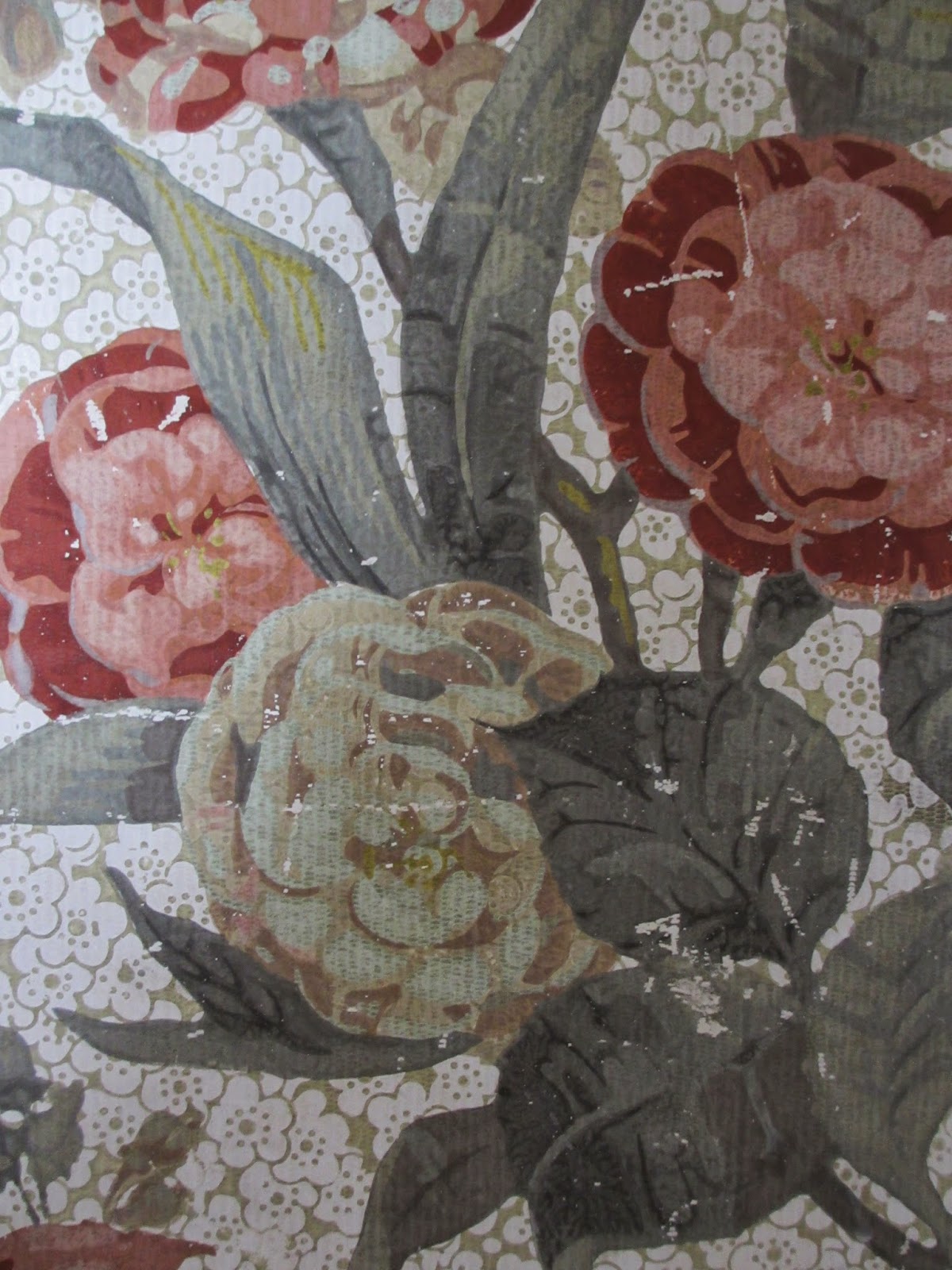 Belsay Hall boasts a ten second echo in it's claustrophobic cellars - our efforts were not convincing. 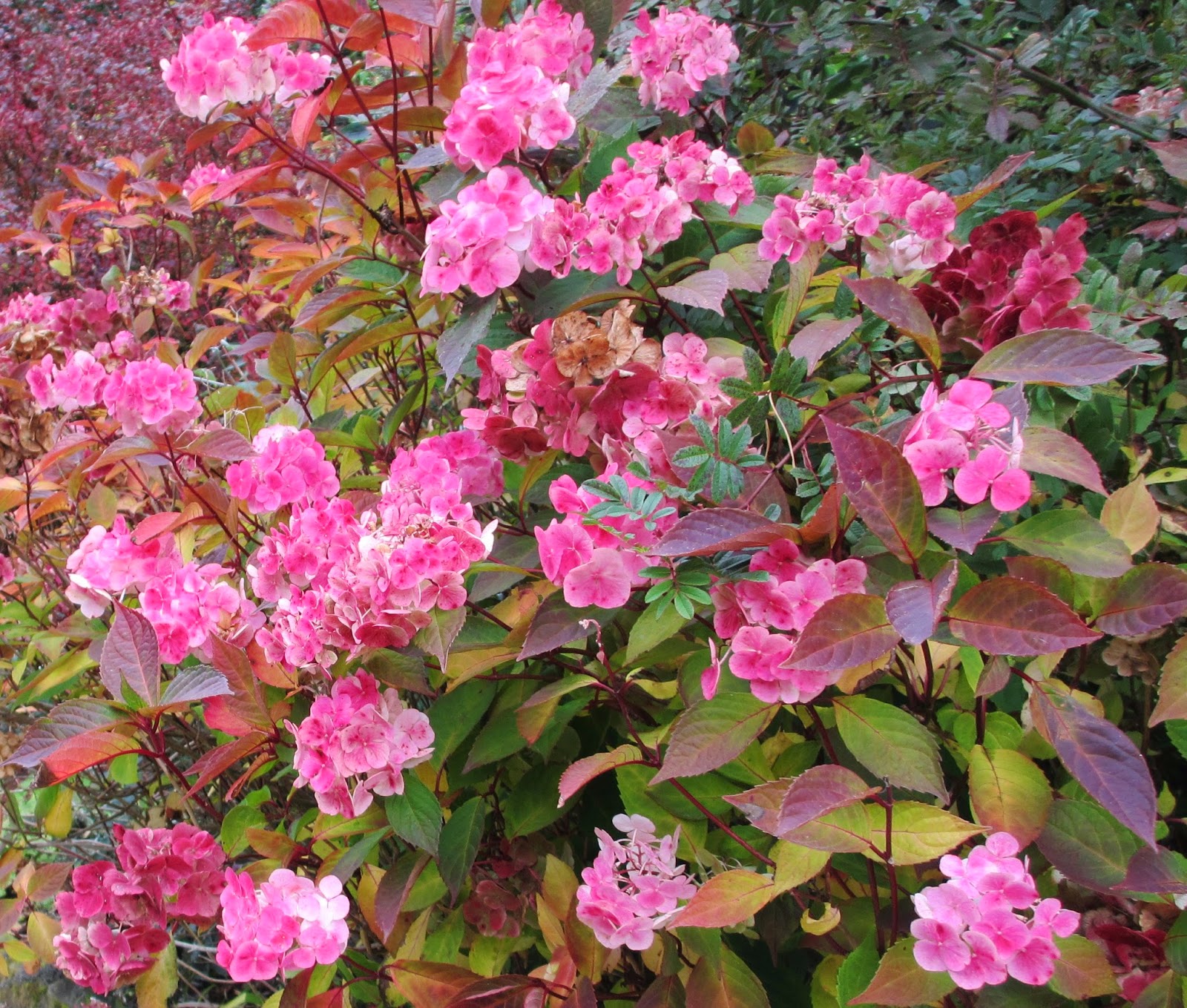 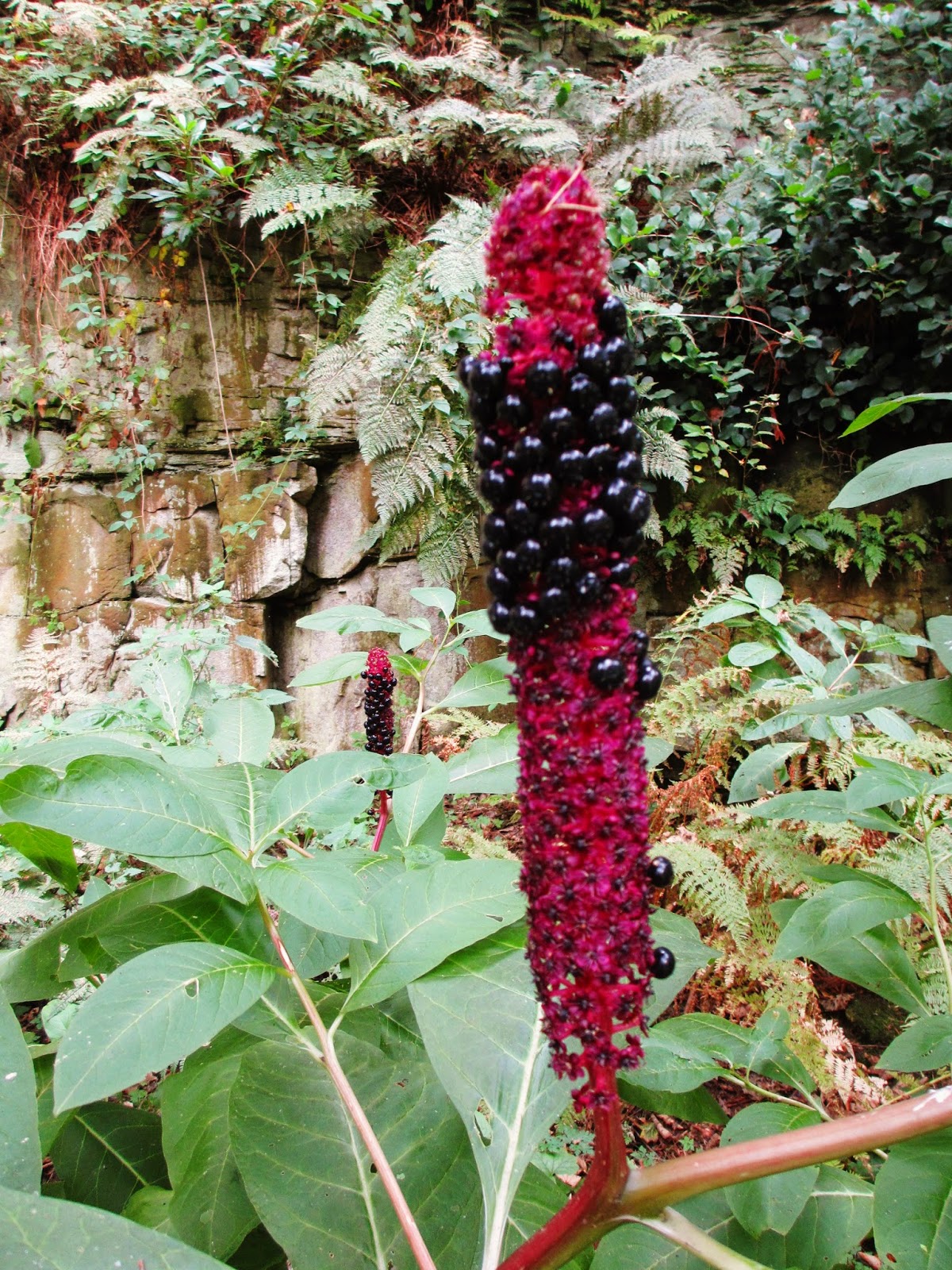 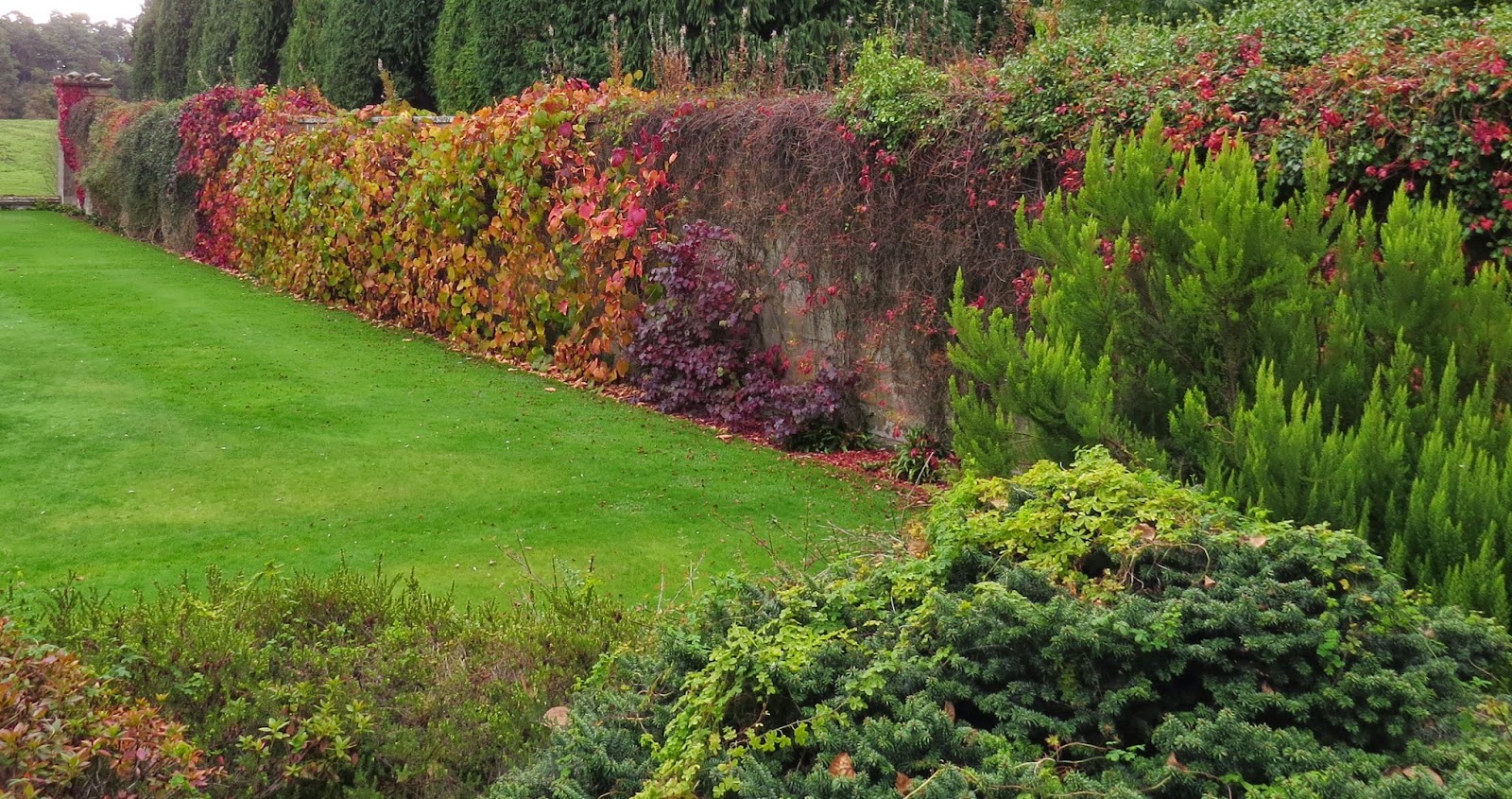 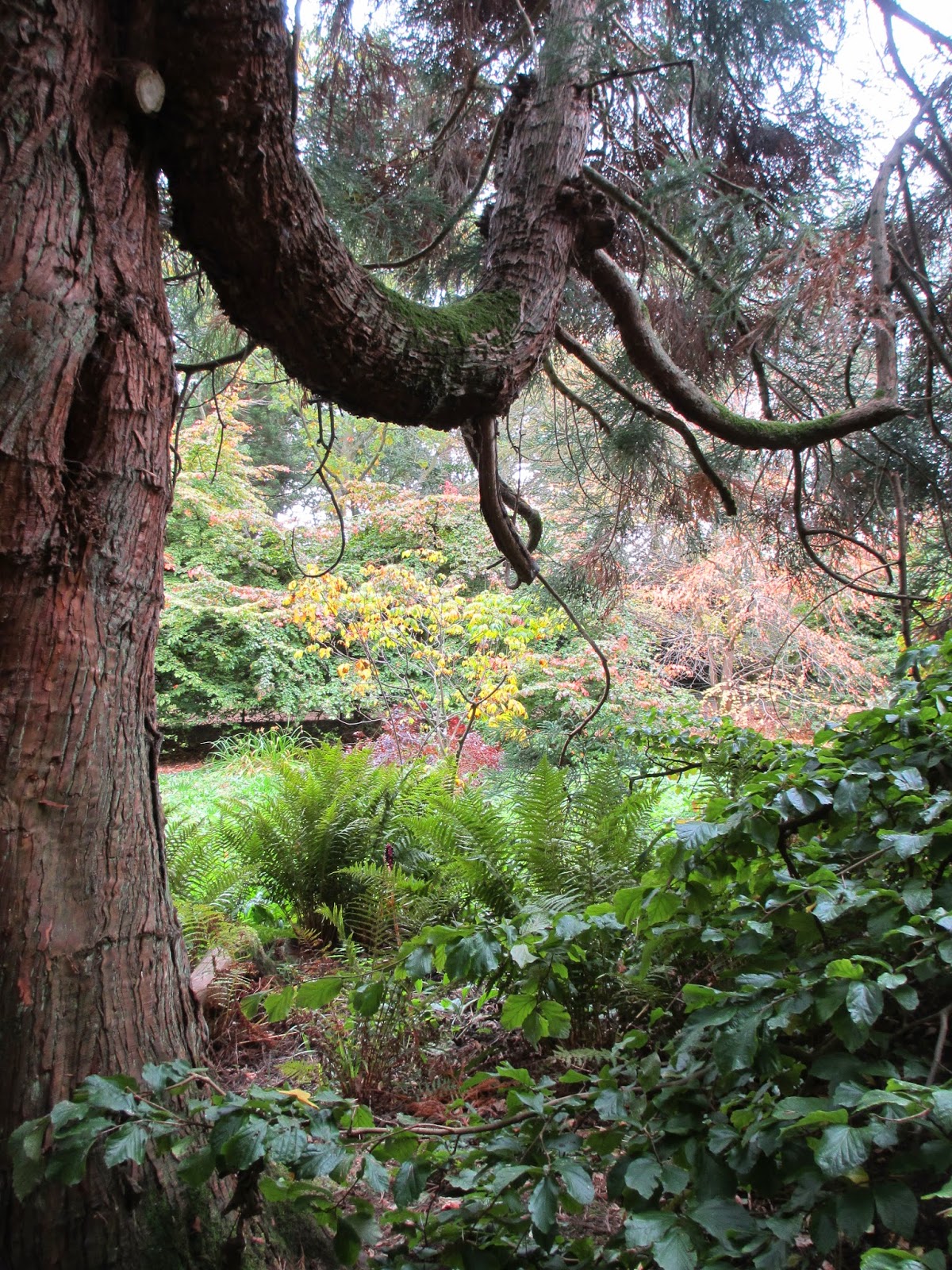 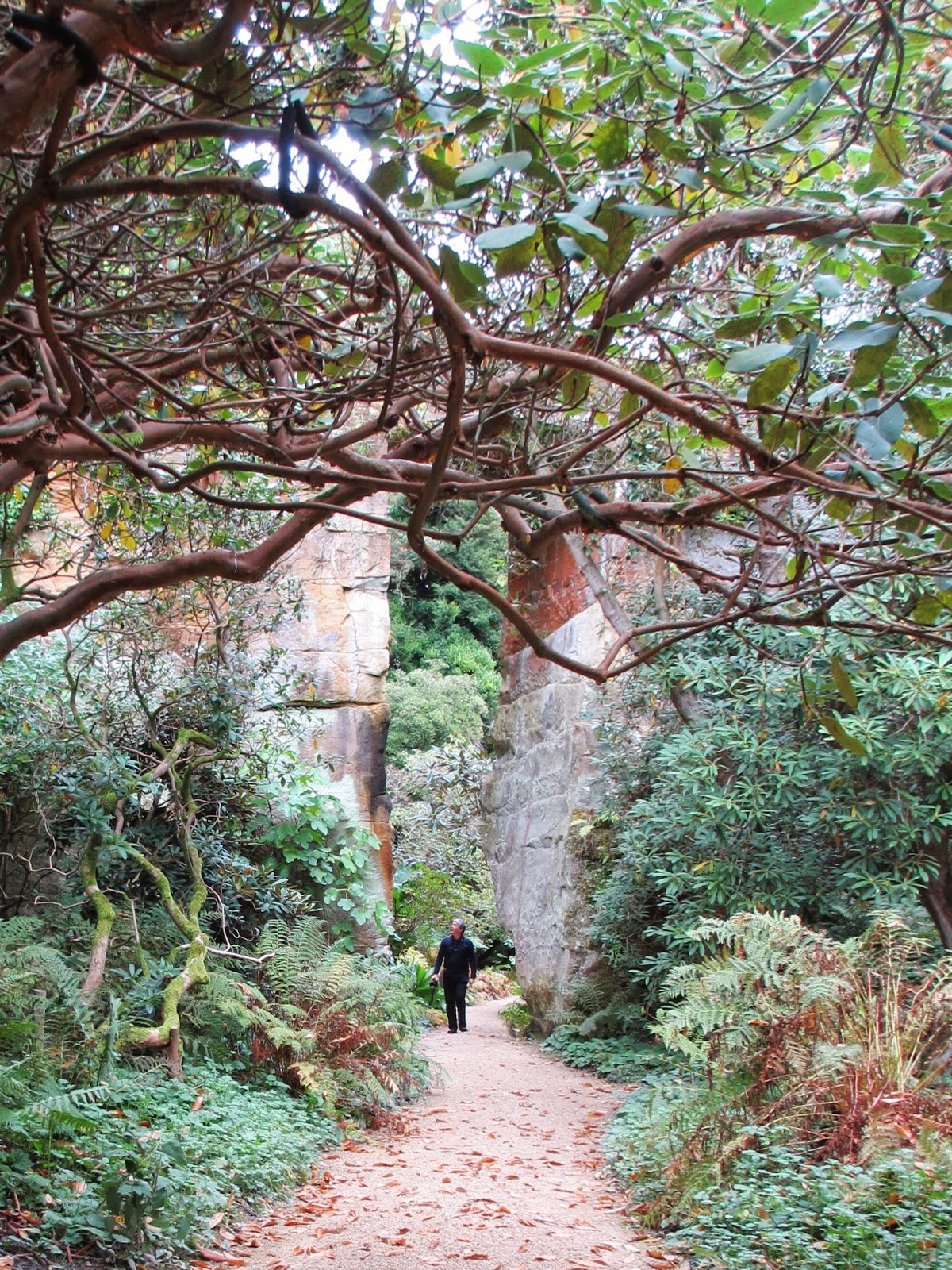 On entering the quarry garden, formality disappears. Sir Charles intended this part of his design to be wild, even sublime, and was said to have been inspired by the quarries at Siracusa in Sicily, pictured below in this watercolour by Edward Lear. 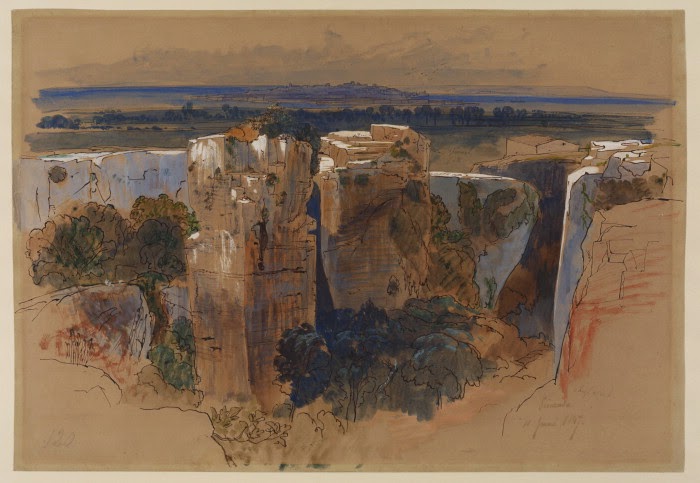 There is a legend lurking in the lush shrubbery - The Wildman of Belsay was adopted by the family before the Quarry Garden, his perfect habitat, existed. He is to be found as part of the Middleton family's coat of arms. Here on the castle... 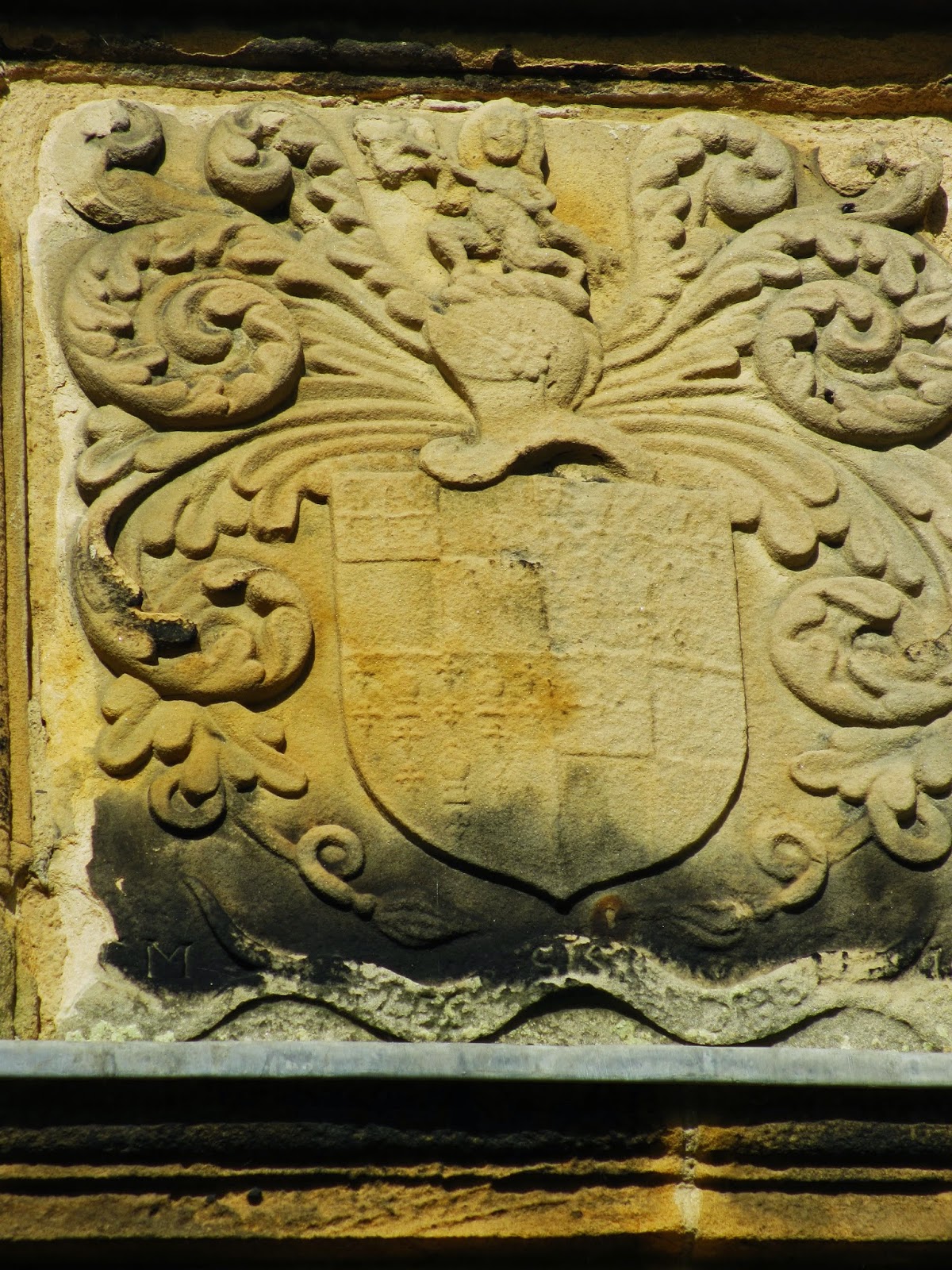 ...and here on a stained glass window by Henry Gyles of York dating from 1699. 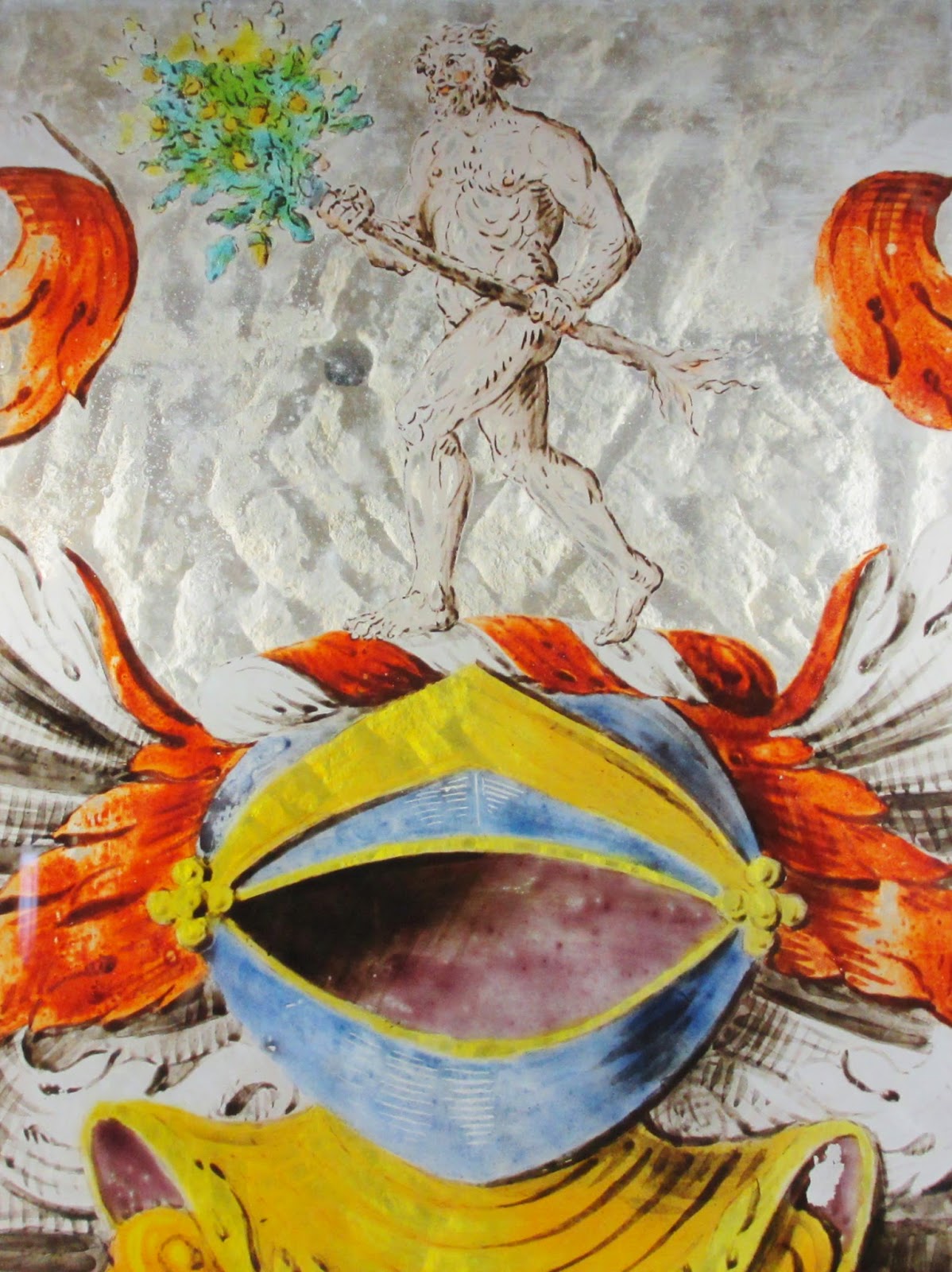 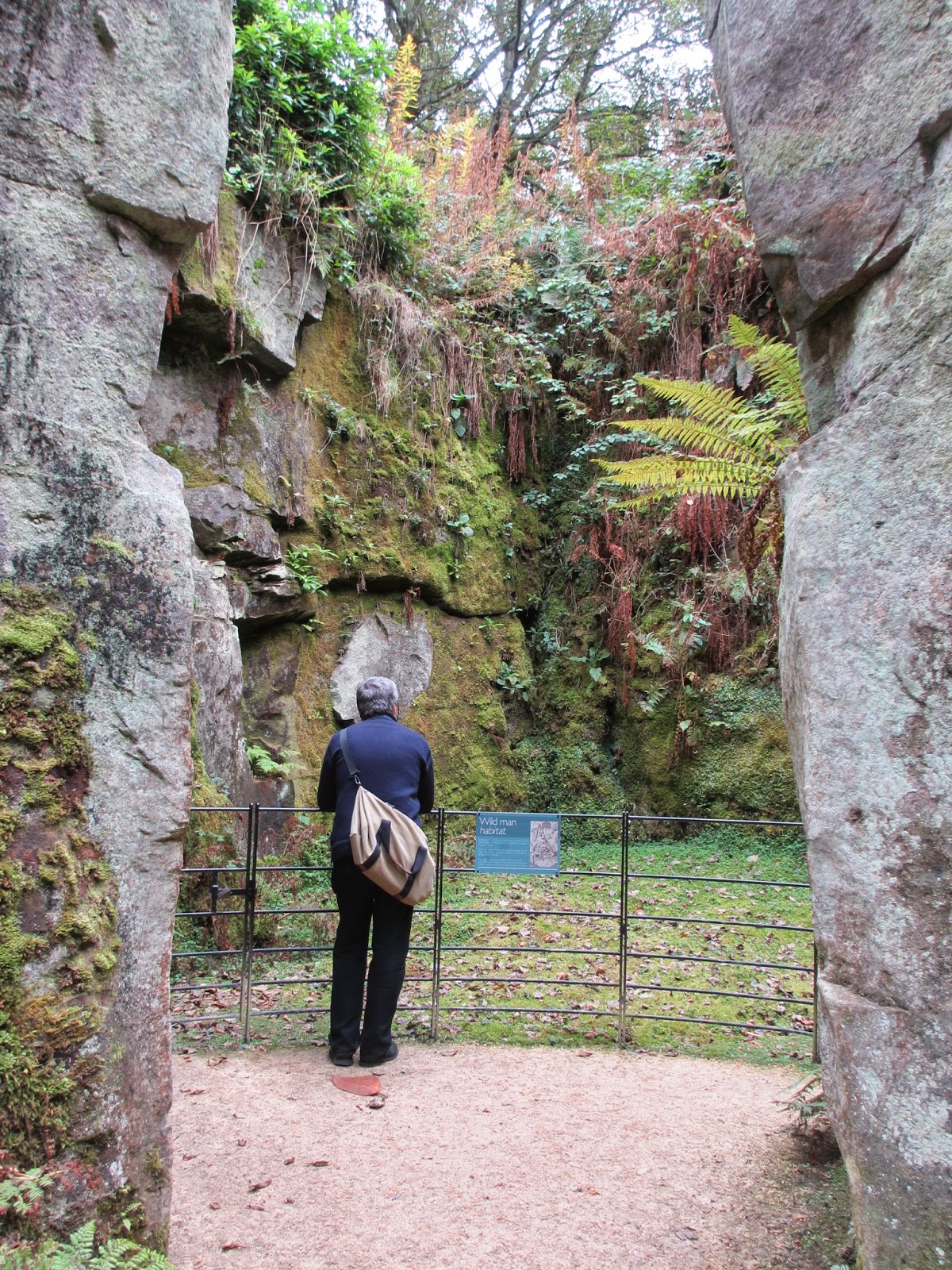 Someone seems to feel quite at home here! 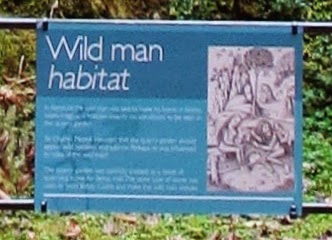 If you would like to explore Northumberland and it's many wonders why not contact Julie at The Cloth Shed blog and enquire about The Bastle, her superb, newly renovated self-catering property. It's as historic and exciting as any E.H. or N.T. property!
***