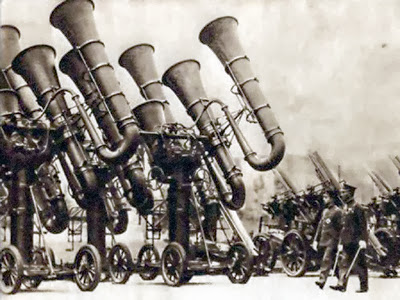 Where is it from? What is it made of?  How old is it? What's it worth...?
Rarely a week goes by when we don't scratch our heads and wonder about at least one of our finds - even after 30 years in the antiques trade we are sometimes uncertain. Usually we soon have the answer - stacks of reference books and old saleroom catalogues are a health hazard chez nous, but very useful. But sometimes the only sure way to solve the mystery - at least the "What's it worth?" part - is to sell the thing, then watch the happy buyer dance merrily into the distance, punching the air! 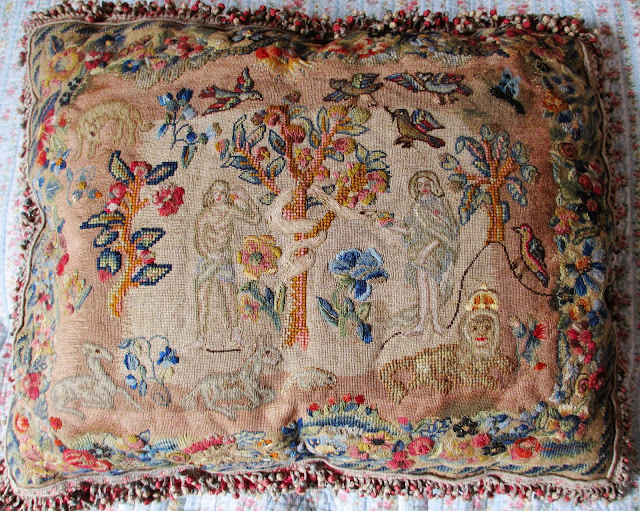 I found this beautiful hand-embroidered cushion recently, depicting Adam and Eve and the serpent in the Garden of Eden. It has age though I'm pretty sure it isn't as old as it purports to be - but is it Georgian, Victorian or Edwardian? 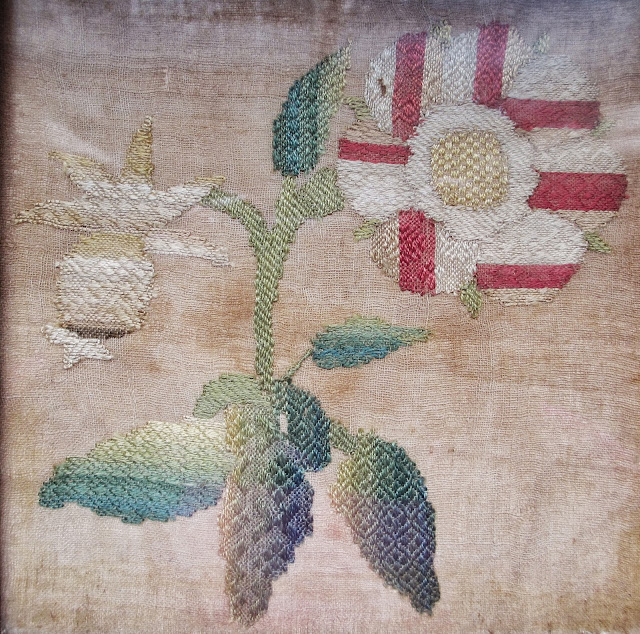 This piece is definitely early - each of these silk thread patterned petals and leaves has been embroidered with a tiny needle on linen as fine as tissue paper. But how early is it? The only work I've found that resembles it was made by German nuns in about 1300 - could it possibly be that old?

We also have a dusty shelf of probably worthless, but who knows, odd little oddments.

Made of bone - could this be some sort of tribal calculator?

We found something similar to our brass blade identified in an antiques magazine - a 17th century page turner, or so it said. The trouble was, nobody believed us!

I think it's a bat. It looks like a bat, it's as big as a bat - it is a bat! A washing bat for beating the filth out of ones dirty linen. Very useful!

Sometimes the answers we find are interesting and educational. Another recent mystery  purchase was this pretty child's plate in Arts and Crafts style. 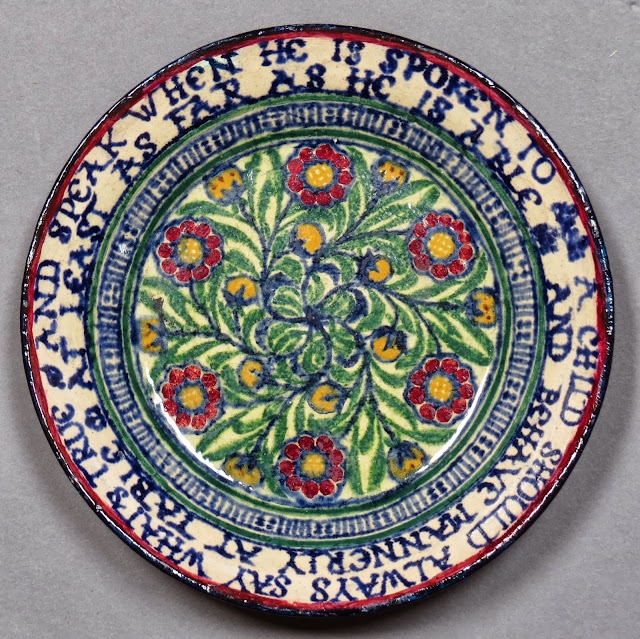 I'm no ceramics expert but I love this - its style and colours remind me of the things I saw in William Morris's Kelmscott Manor, earlier this year. The seller told me, "Frances Richards, Highgate Pottery..." 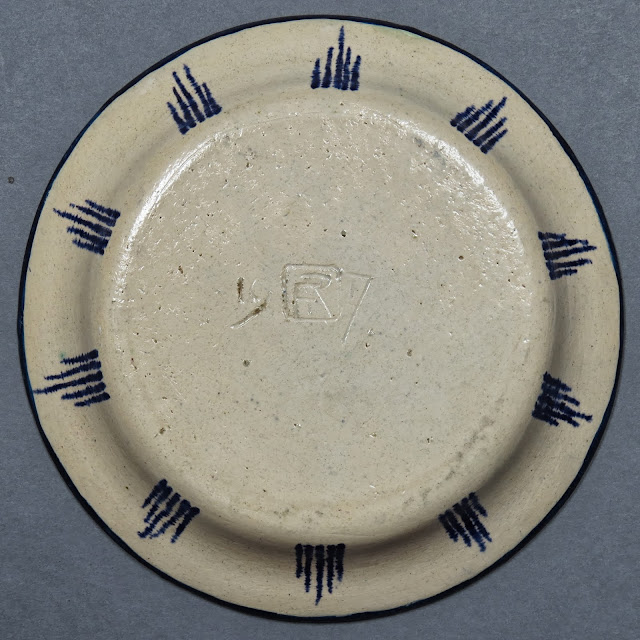 ...which didn't mean a great deal to me, though there on the back was inscribed, FR and 1917. She wasn't easy to find but, luckily, I'm a blogger and I follow FIRED UP, Marshall Colman's interesting blog about pottery and the arts. He generously offered me a few ideas which set me on the right track. It seemed there were two lady potters called Frances Richards in the early 20th century - a time, by the way, of quiet revolution, when lower middle class and even some working class girls sometimes went to college, becoming freelance artists and craftswomen, often working from home.
One Frances Richards was the wife of the Welsh artist Ceri Richards, but in 1917 when the plate was made she would have been just 14 years old. The right Frances Richards was a Londoner and a cabinet-maker's daughter. She studied pottery at the Royal College of Art, exhibited regularly with the Arts and Crafts Exhibition Society, sold her work through Heals and never married.
As for the "Highgate Pottery" - Frances lived at 178 Archway Road, Highgate, now the Milano Pizzeria... 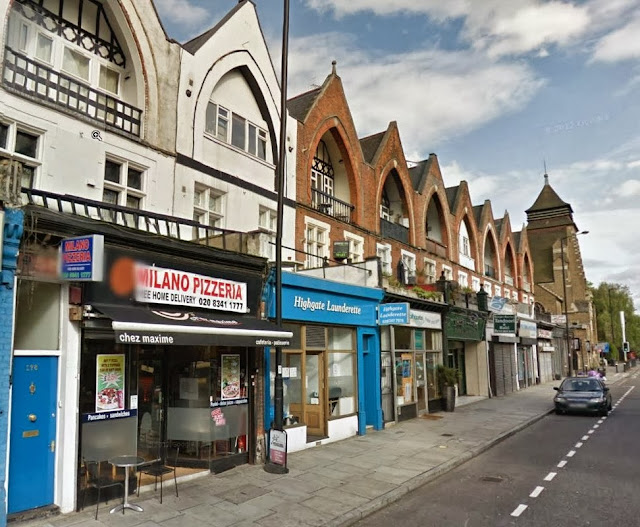 ...and had a kiln in her back garden.