THE JOY OF SECTS 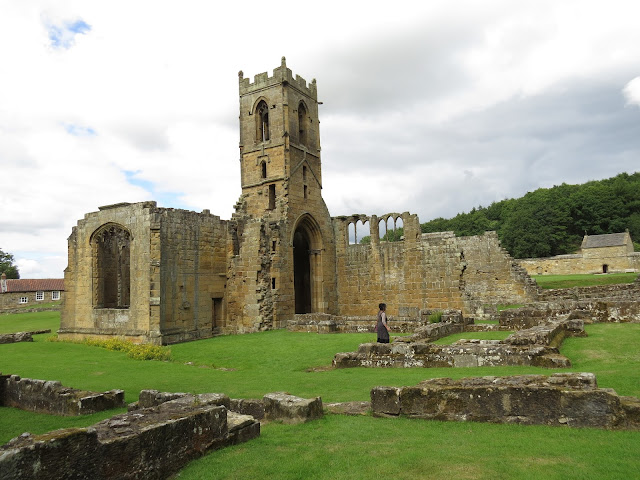 Here is Mount Grace Priory in North Yorkshire - built in the 14th century to comfortably house a group of 23 Carthusian monks and their prior. We were both quite taken by the reconstruction of a monk's cell with bedroom and living room downstairs, upstairs workroom and picturesque vegetable patch to the rear. 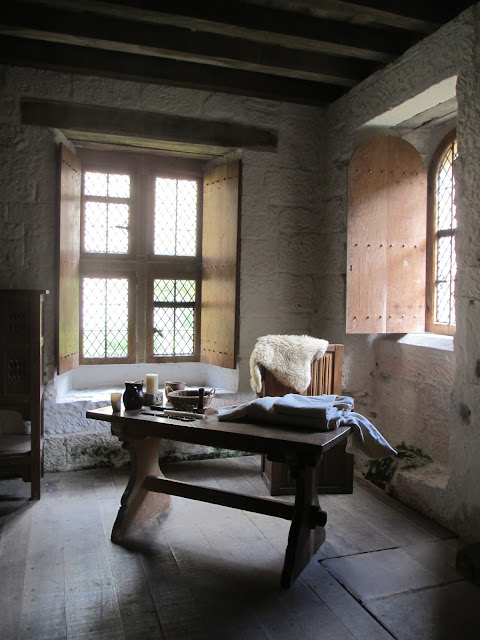 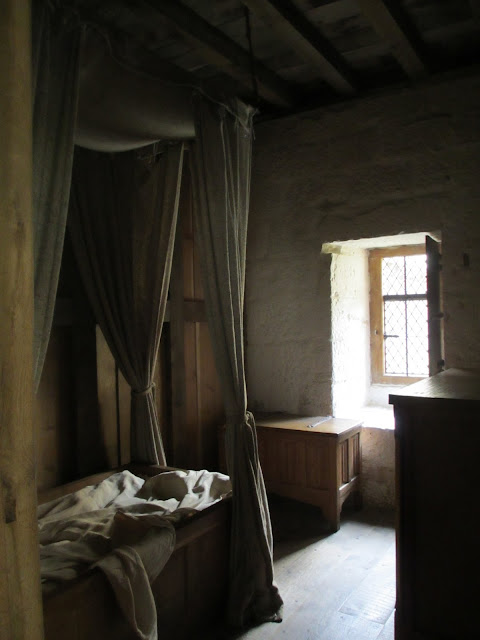 It is far more appealing than your average sheltered accommodation. 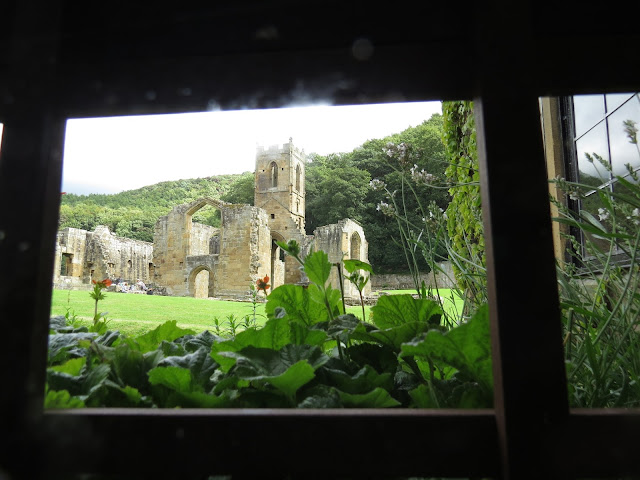 But then along came Wycliffe and the Lollards, Erasmus and others, not forgetting Henry VIII. Eventually, after Dissolution, such establishments became picturesque ruins - this one now forms a sensational garden feature for a large Arts and Crafts manor house, just off the A19 between Thirsk and Stockton-on-Tees, well worth a visit if you are up this way. 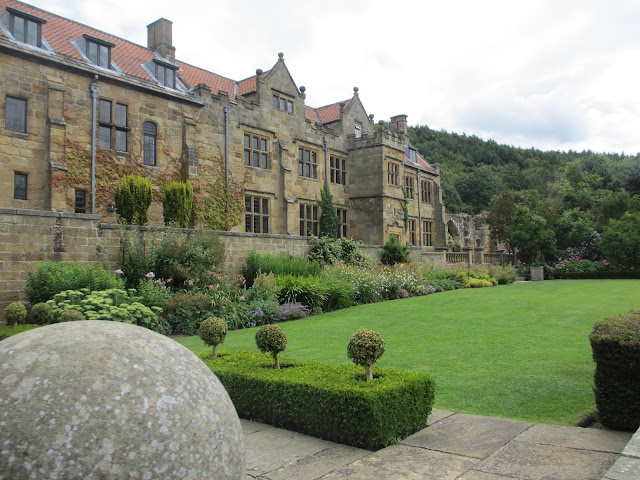 It was designed and refurbished at the end of the 19th century and used as a weekend retreat by the Victorian ironmaster Sir Isaac Lothian Bell. I know nothing of his religious persuasion but he was described in an alphabet game, played by his family at Christmas in the 19th century, as "C - the Crushing Contemptuous Pater."

Presumably the monks were gentler chaps, though Wycliffe thought they were at best expensive and useless, at worst corrupt deceivers. The conflict between Catholic and Protestant was very evident in Yorkshire. John Wycliffe was born just 25 miles away from the Priory and, over the years, the North Yorkshire Moors were home to Catholic Recusants, who were regularly put on trial and fined, Quakers and Non-Conformist followers of John Wesley. Tribal feelings (at least that's what I think they are) waxed and waned, and by the time Mr N's family were living in the village of Crathorne, a short distance up the A19, mixed marriages were commonplace. The villagers were still, in the 18th and 19th centuries, mostly Catholics, following the religion of the local Lord of the Manor (they worked for him and rented his properties.) Catholic William, a tailor, married Protestant Hannah, a cartwright's daughter and not a local, here in the unassuming Georgian St Mary's Catholic Chapel... 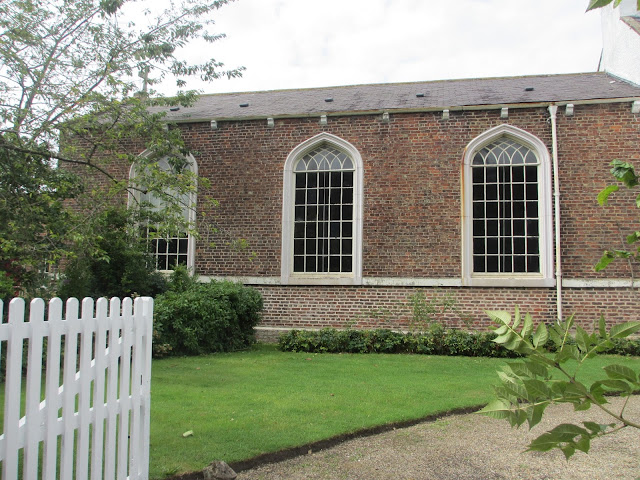 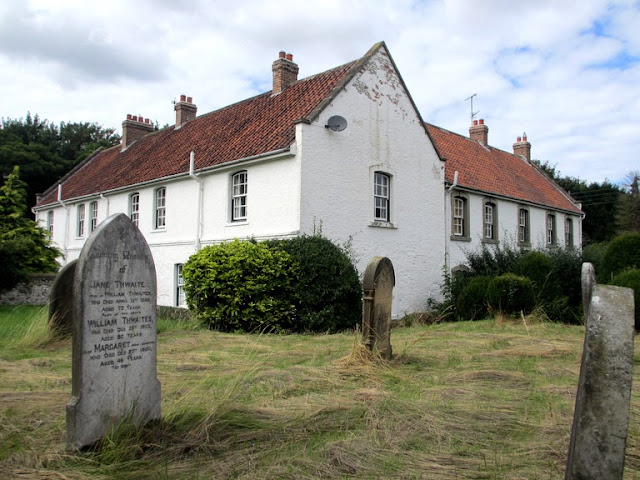 They lived in Old Hall cottages, overlooking All Saints Church... 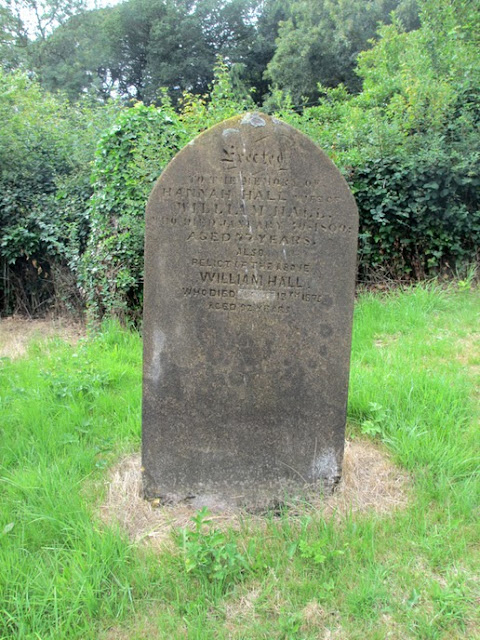 ...and will lie together, forever, here in the Anglican churchyard.