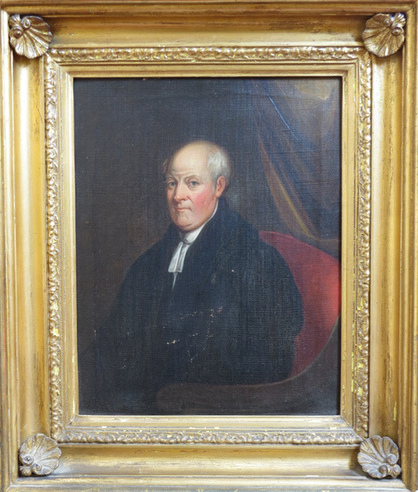 At first I didn't know what had made me buy this oil painting. He looks quite kindly, but he's not exactly Johnny Depp (or Benedict Cumberbatch, depending on your taste). He didn't cost me much - the lovely Georgian frame alone was worth the price. 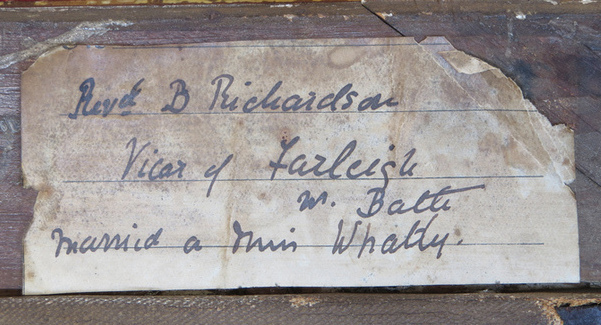 The Reverend B. Richardson - when I got home his name rang a bell. I'd recently read Simon Winchester's excellent book, "The Map That Changed The World" which tells the story of William "Strata" Smith, 1769 to 1839, a surveyor with a bright and enquiring mind but only a rudimentary education, who became fascinated by the fossils he found in different layers of rock, deducing how these might date the strata. When he tried to present his ideas to learned society he was subjected to a snobbish and dismissive attitude. It was in these circumstances that the Reverend Benjamin Richardson (see above), also a keen fossil collector, befriended him and gave him support. 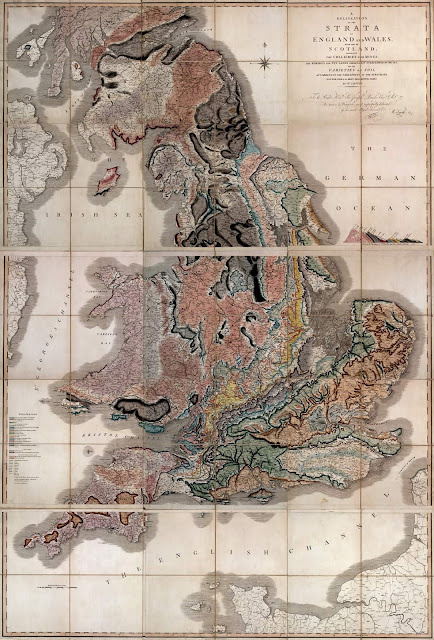 In 1815 Smith published the first geological map of Britain, from which modern maps hardly differ. Smith's life was not easy; at one point he was imprisoned for debt and his wife suffered from recurring mental breakdowns throughout her life. After his experience in the debtors' prison he and his wife lived in Scarborough in Yorkshire for two years, from 1826 to 1828, under the patronage of Sir John Johnstone, a member of the Scarborough Philosophical Society. The Society raised funds to build the Rotunda Museum in the town, to Smith's design. You can visit this wonderful building and its treasures today. 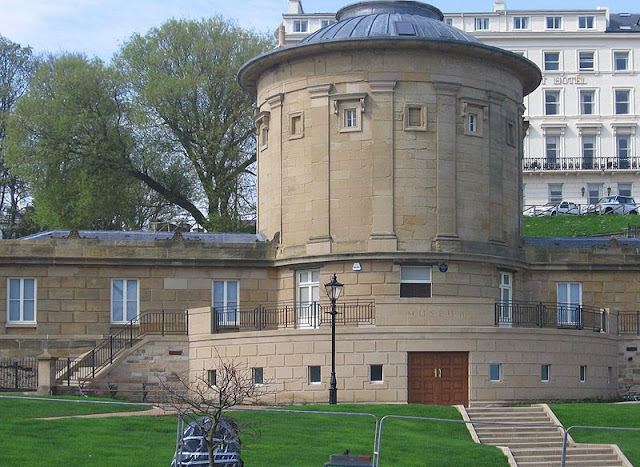 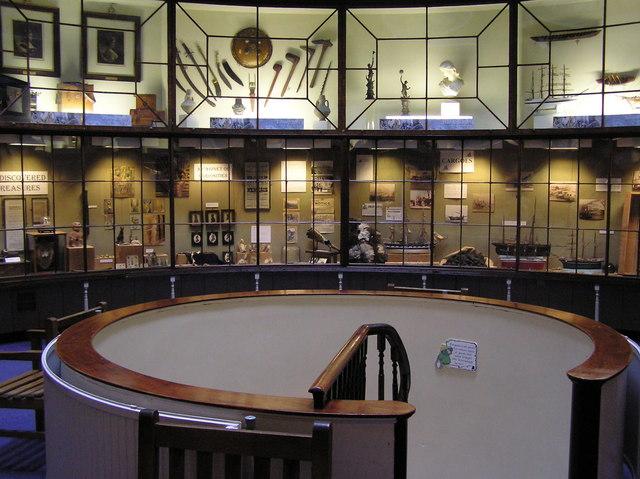 A few miles down the road from Scarborough is another location which excited Georgian geologically-inclined minds - it is a field behind The Wold Cottage in Wold Newton where a meteorite fell in December 1795. 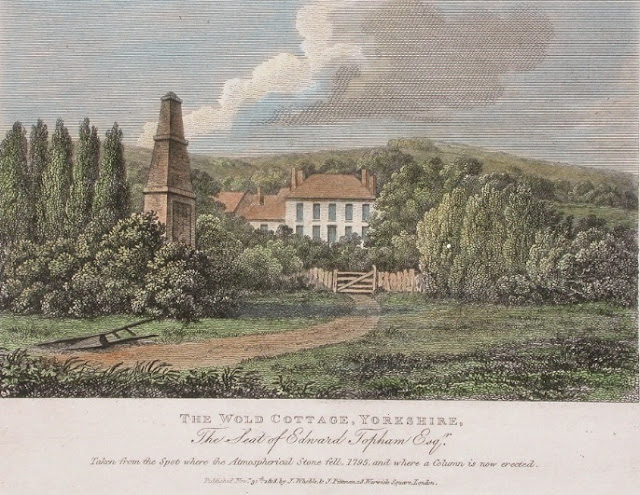 More importantly, it was witnessed falling from the heavens - at the end of the 18th century there was great controversy over the origins of these "stones from the sky". Many did not believe this phenomenon was possible, a French scholar Guillaume Deluc describing it as "a peasant's fable". On this occasion, in Wold Newton, one of the peasants who actually saw and heard the meteorite was George Sawdon, a carpenter - and Mr N's many times great grandfather. 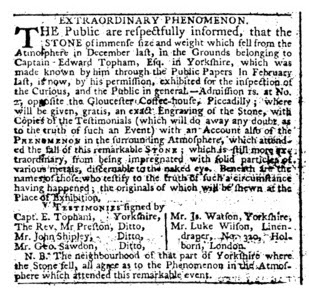 Here is his evidence...

"George Sawdon, carpenter, above mentioned, deposes he was walking with James Watson at the time, heard noises in the air like the reports of a pistol, and was about 50 yards from the place when the rock fell; was certain that there was no lightning at the time. Went up to the spot, and there saw the stone sticking in the chalk which the above John Shipley saw fall. Helped to dig it out, and assisted in weighing it in Merlin's balance - weight about 56 lb. It smelt very strongly of sulphur on being dug up.
(Signed) George Sawdon."
Besides the three who saw the meteorite fall, other locals heard the loud noise and felt the vibrations it created. The event proved to be instrumental in the acceptance of the fact that stones did indeed fall from the sky and this one is the earliest surviving example seen to land in the UK. You can see it yourself in the Natural History Museum - it looks like this... 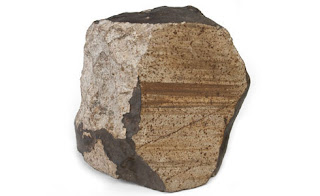 A monument was built on the spot where the meteorite fell.
It is on private property, but we have sometimes glimpsed it across the fields as we search for rare objects of a different kind. 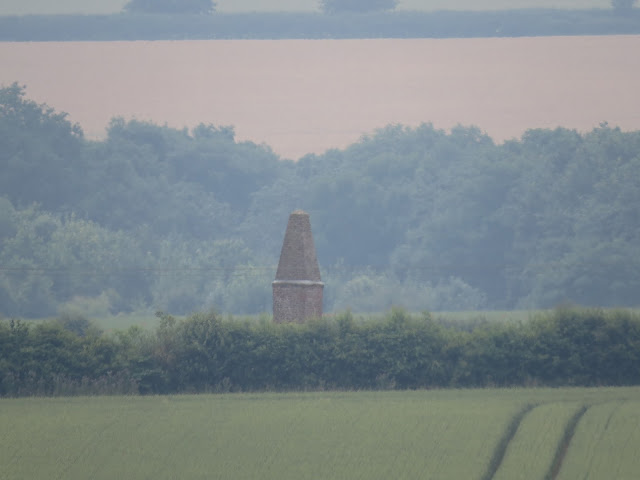