"THE WEEK I SPENT IN PARADISE" 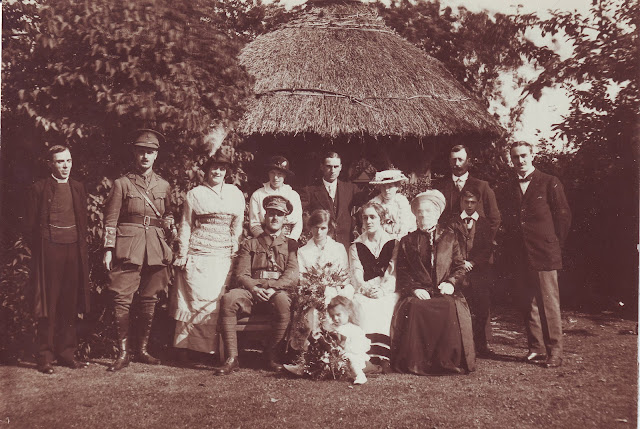 September 22nd 1915 - here you see my great aunt Liena on her wedding day. The groom is Eric Montesole, on leave, briefly, for their marriage. Eric looks  jaunty but Liena is sad: behind her is my grandfather, his face grave, knowing he will soon be joining up. Their mother is veiled - a widow, she has already lost two sons and will lose one more, in March 1918.
After a brief honeymoon Eric rejoined his regiment, but was fortunate to be able to spend Christmas 1915 with Liena, later referring to this as "THE WEEK I SPENT IN PARADISE". He died in action 2 months later. Here is his father's tribute to him. 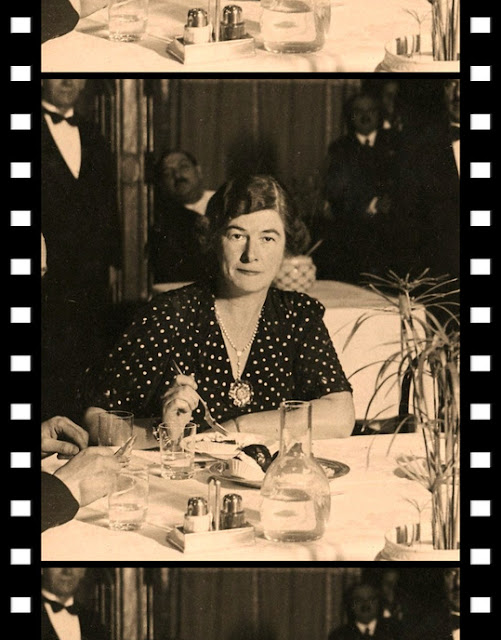 Liena never remarried. In middle age she developed a taste for travelling in Eastern Europe, home of her husband's ancestors - here she is dining in Budapest in the 1930s. She was known to be a "loner" - sometimes I like to imagine that she might have been a spy. 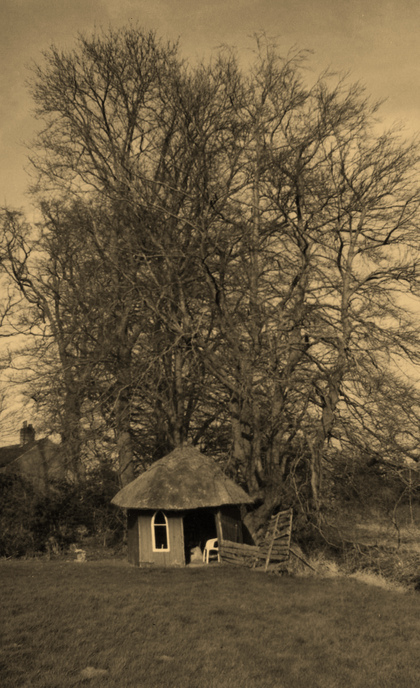 The little thatched summer house is all that remains now of that late summer day in 1915. It may not be be very long before this story is forgotten, lost forever... 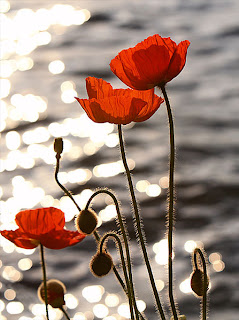