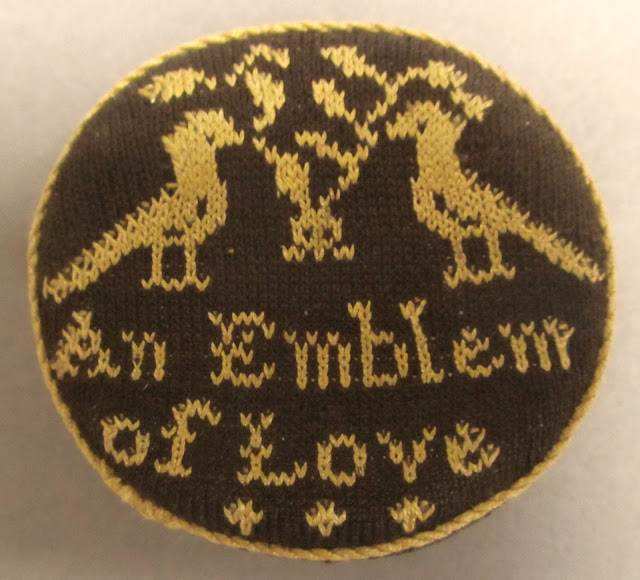 Here is a Georgian Quaker knitted silk pincushion - I found this little treasure last week. (Well, another antique-hunter found it and agreed to sell it to me if I would only get up off my knees. "So undignified!")
These small pincushions (1.5 inches in diameter) are quite rare and were knitted by Quaker girls and women on fine steel needles called "makkin wires". They were often sold to raise funds for worthy causes.
Some examples were made to help the anti-slavery movement. 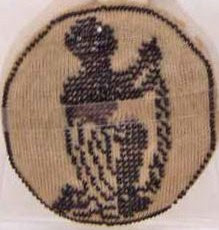 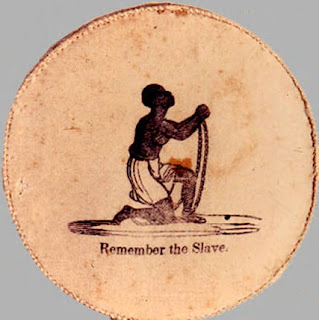 Girls at the famous Ackworth Quaker School in West Yorkshire knitted them in sombre colours, rather like mine. Theirs are always bound with a loop of silk ribbon...

..but mine is from York, dated 1818 and bound with a knitted band, which adds much to its poignant story. 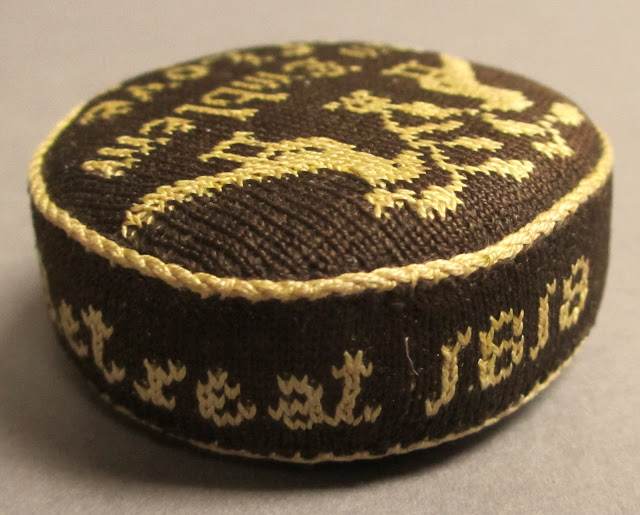 Around the band are the words, "A Trifle from the Retreat 1818." Below is a similar piece from York Museum which says, " The Retreat near York". 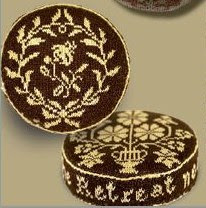 Founded in 1792 by a Quaker tea merchant William Tuke, The Retreat opened in 1796 and was a new kind of establishment for the mentally ill, a hospital which treated the patients with great kindness and with minimal use of cruel restraint. It is thought that these pincushions may have been made by patients as a kind of occupational therapy. 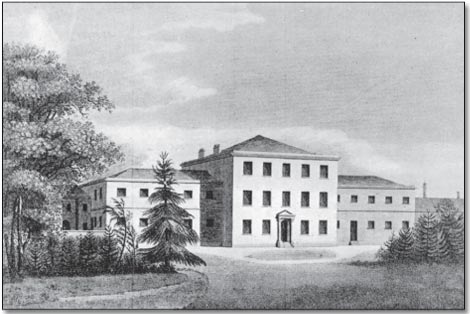 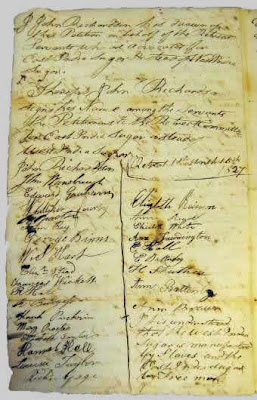 Here is a petition signed by the servants working at The Retreat in 1827. They demanded that the committee should allow only the purchase of tea from East India, harvested by free men, and not tea from the West Indies because of the great oppression of the slave trade. 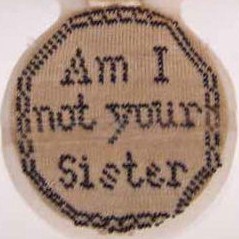